'He needed to be consoled for his grief, and he wanted to talk to me because I understood grief,' she told jurors. 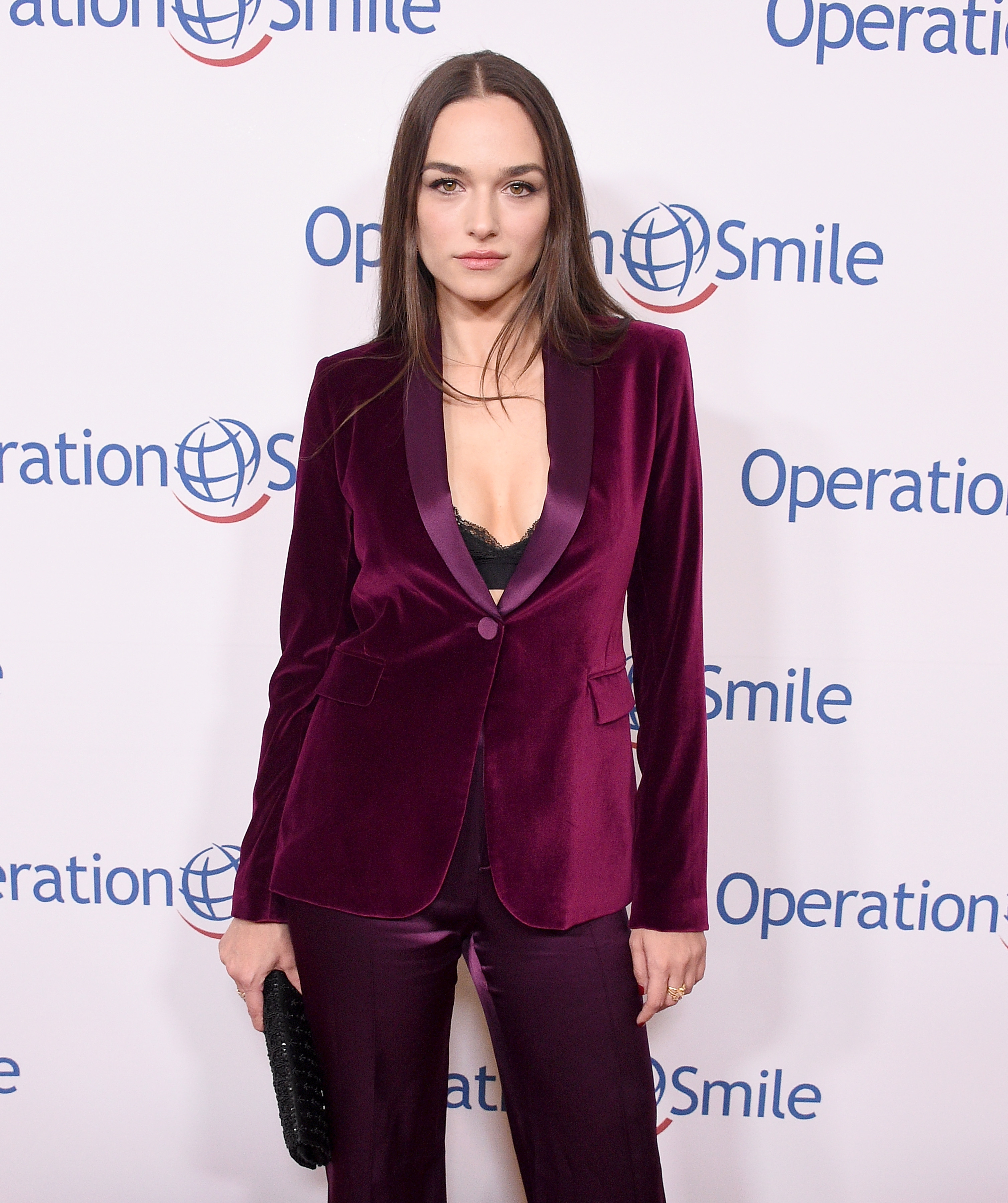 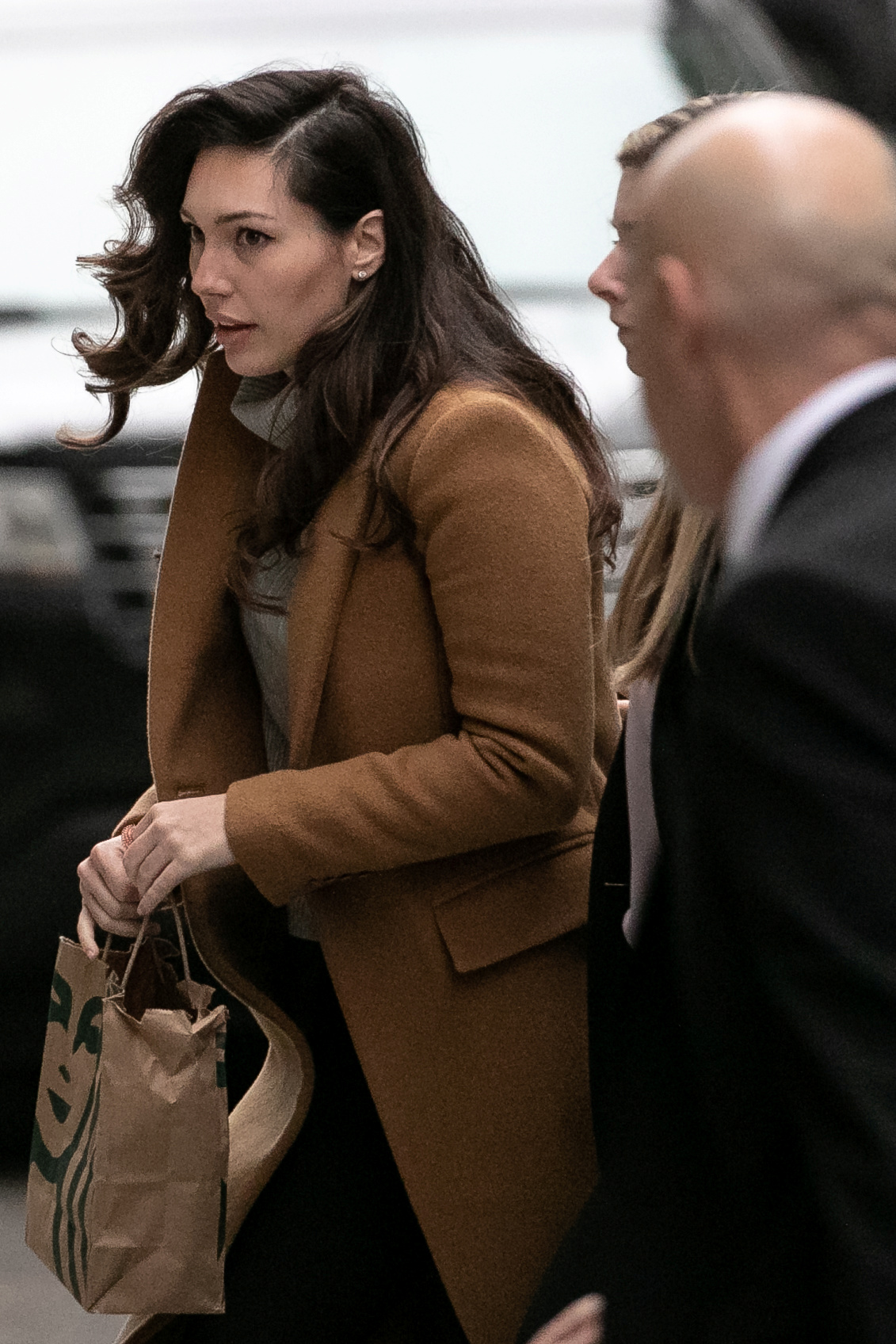 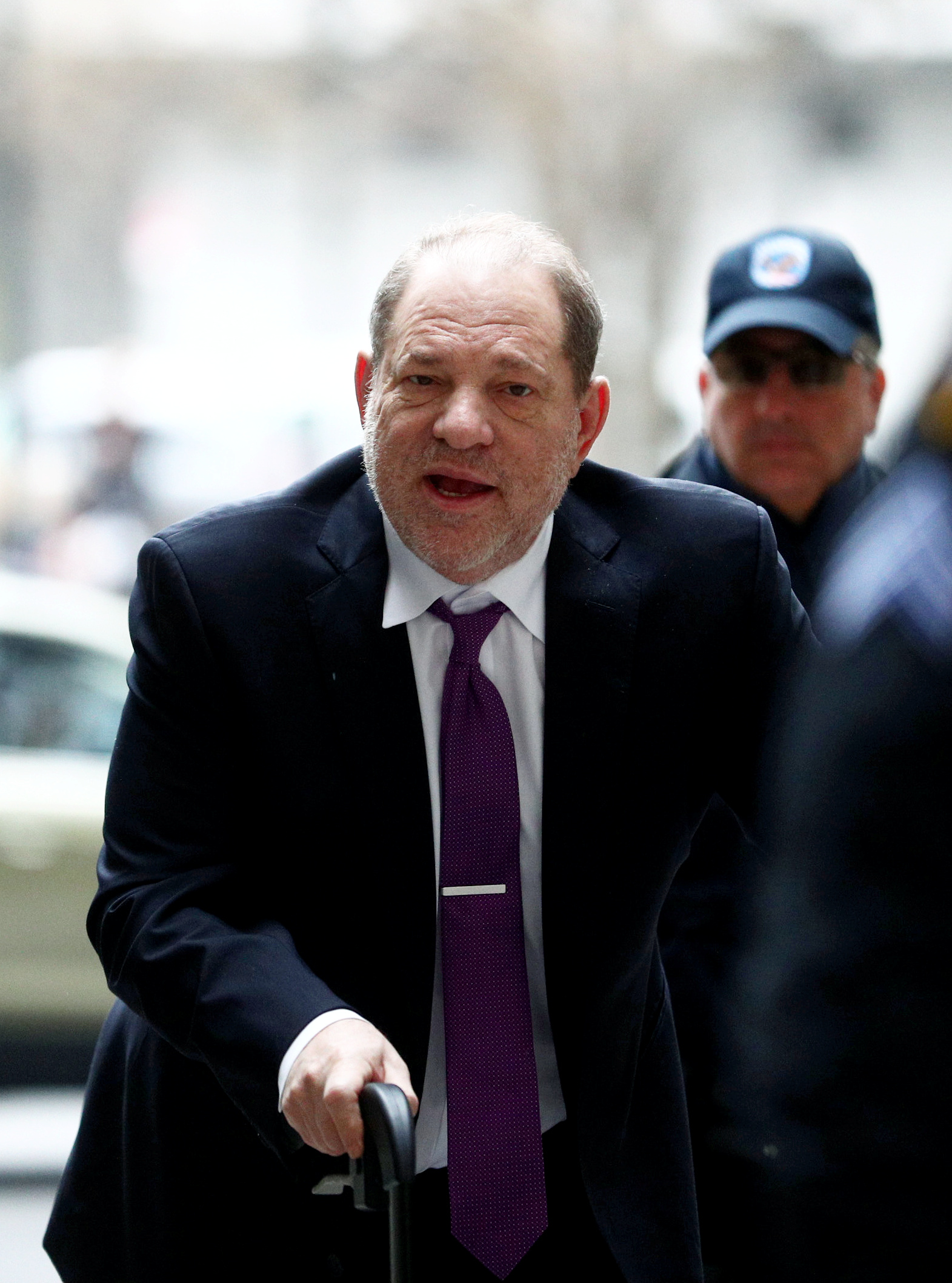 Mann said her last sexual encounter with the alleged rapist occurred three months after his mother's death in February 2017, a year after her own father died.

He also comforted himself by having her perform oral sex on him, jurors heard.

“I want the jury to know that he is my rapist," Mann said as she stared at jurors during the trial.

She is accusing him of assault on three separate occasions.

Mann acknowledged at least one occasion on which she had consensual sex with Weinstein.

"Are you my psychiatrist?" Mann shot back. 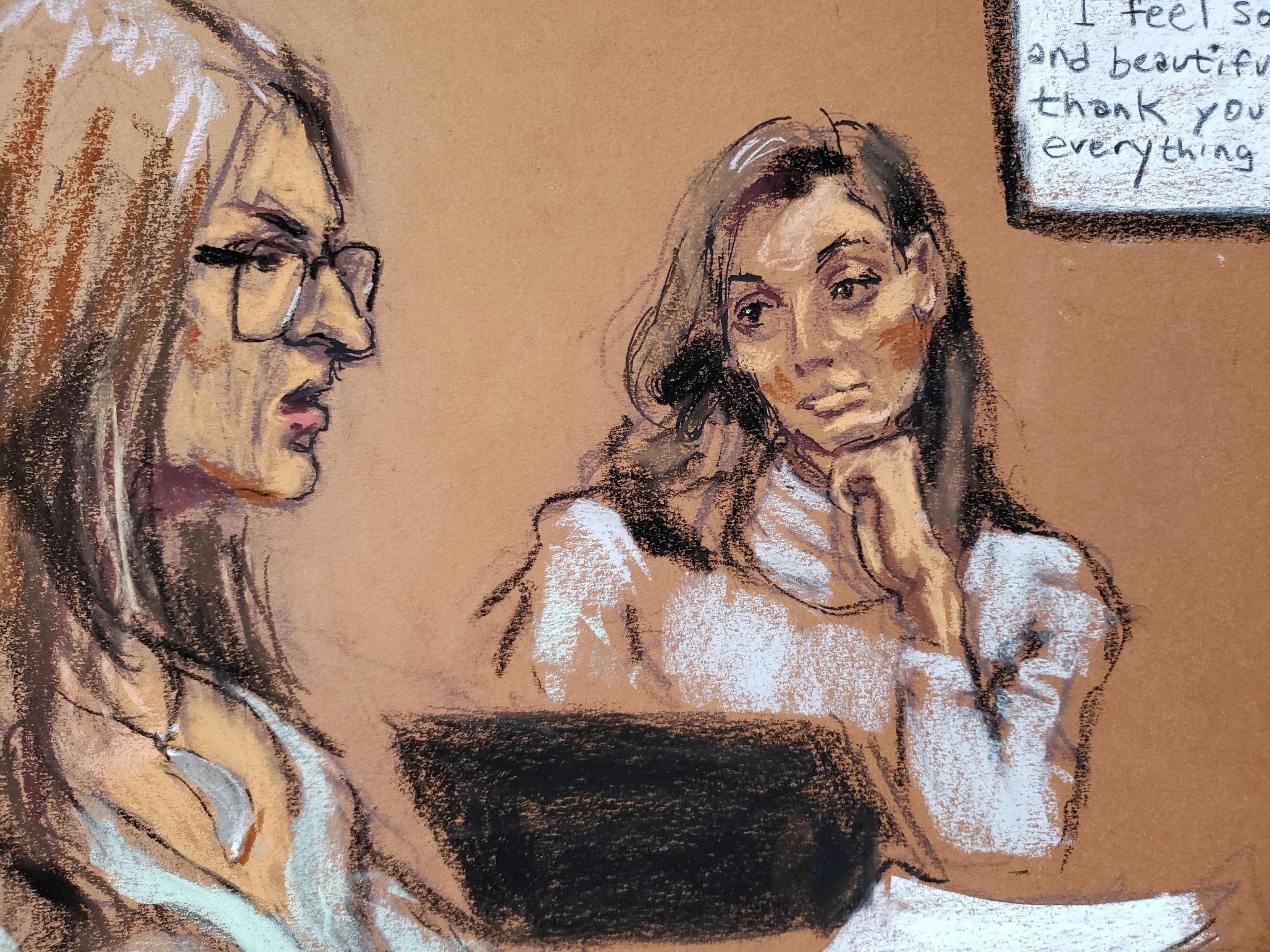 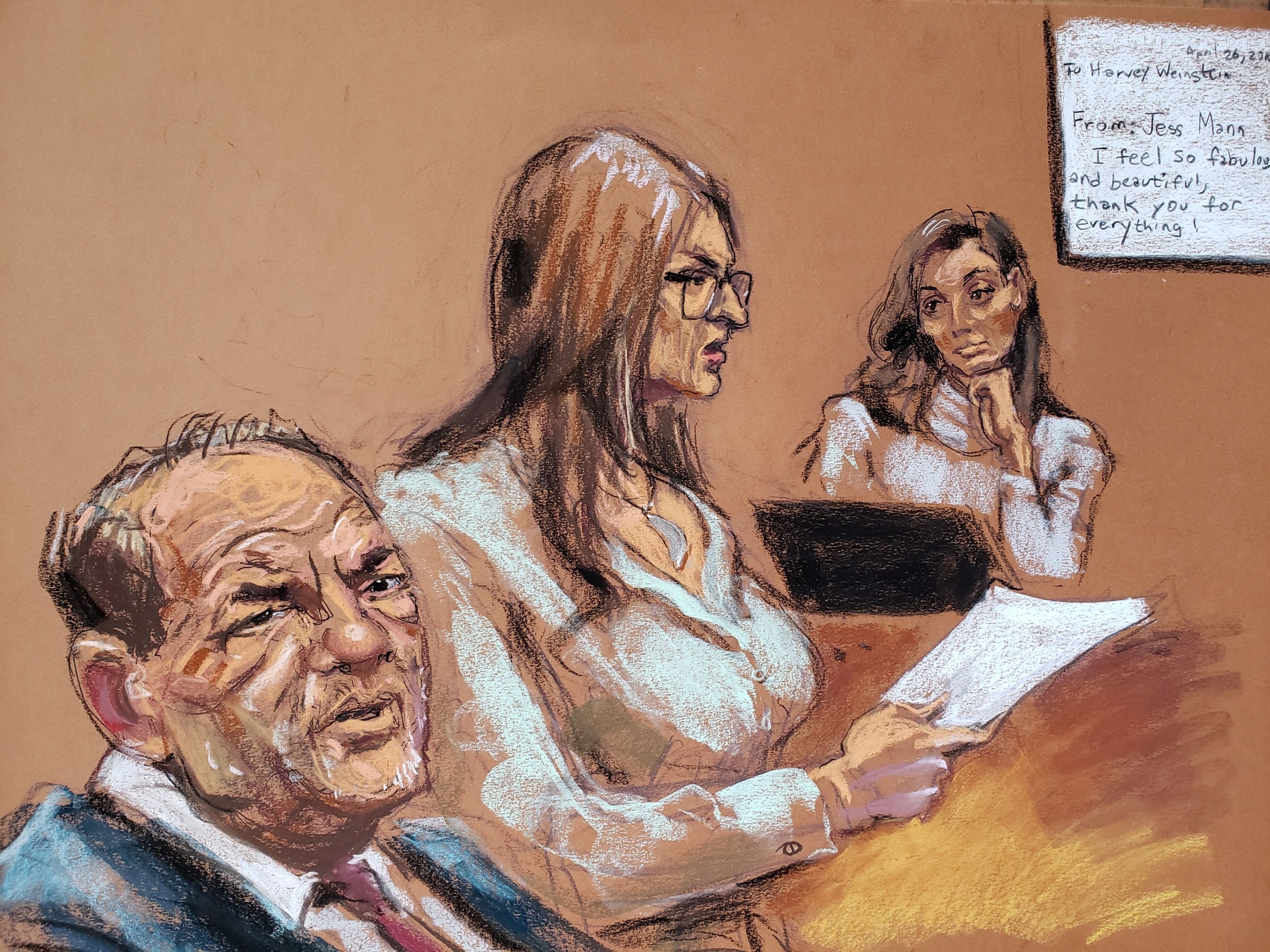 Taking the witness stand at the rape trial, Emanuela Postacchini, 28, said Weinstein demanded they go through with the sexual encounter, bellowing "what's she doing" as Mann left.

She backed up Mann's claims Weinstein, 67, wanted Postacchini to perform oral sex on her, and said he was "telling us to do something together" before Mann abruptly left.

But Postacchini acknowledged he didn't force them to do so at Manhattan Criminal Court today.

The incident allegedly occurred at the Montage Hotel in Beverly Hills on February 24, 2013.

Postacchini met Mann at Weinstein's Oscars party at Soho House in LA the day before.

The Italian native said she had sex with Weinstein when he wore a bathrobe to a meeting and demanded a massage.

Weinstein's lawyer Damon Cheronis read an email she sent to the disgraced producer thanking him for helping her career days later.

On Friday, Mann recalled how she fled to the bathroom where she cried in the fetal position after they met that night at Soho House.

Postacchini claims the incident happened the next day, however.

Today, a despondent Mann arrived back at court in the wake of her courtroom panic attack yesterday. 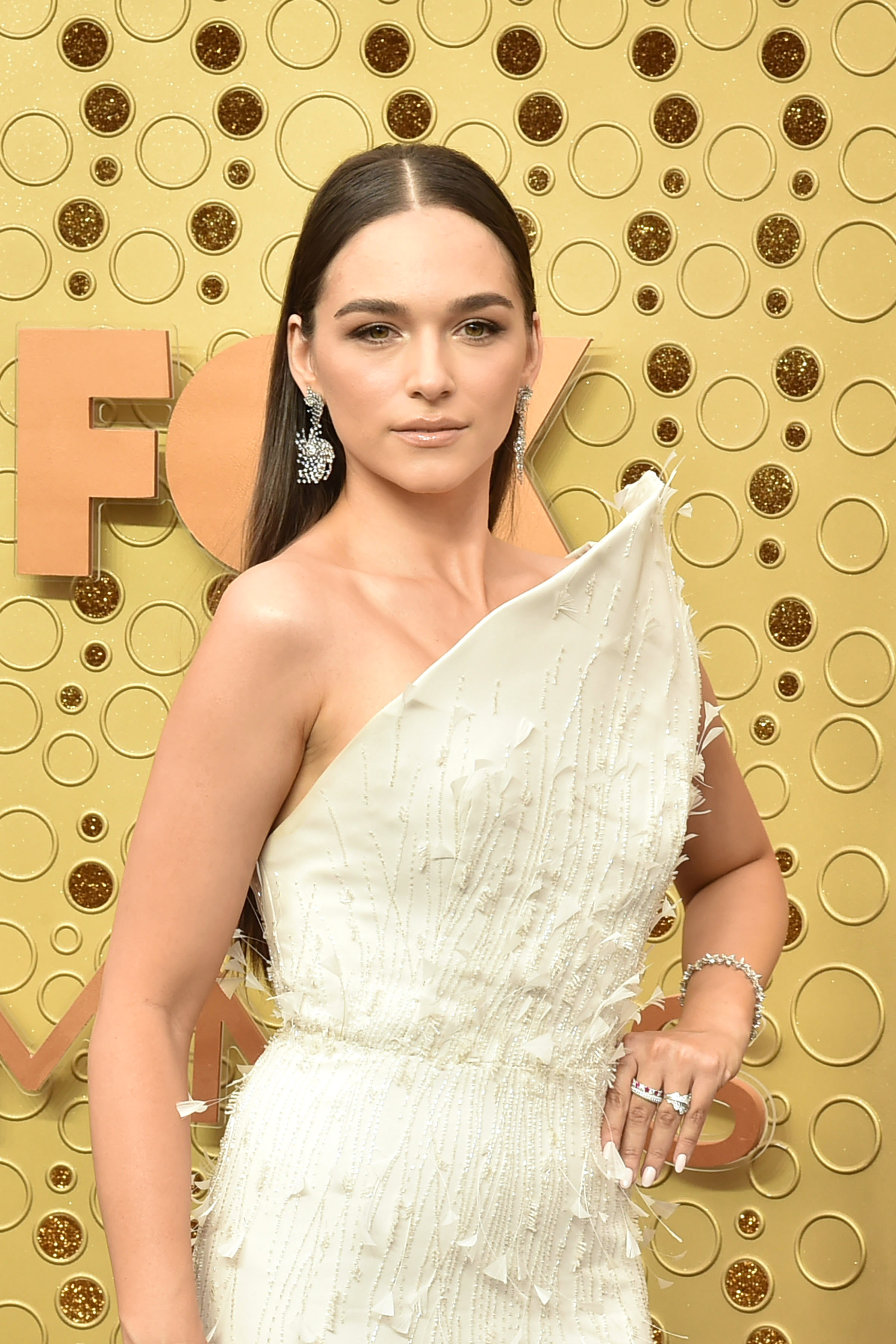 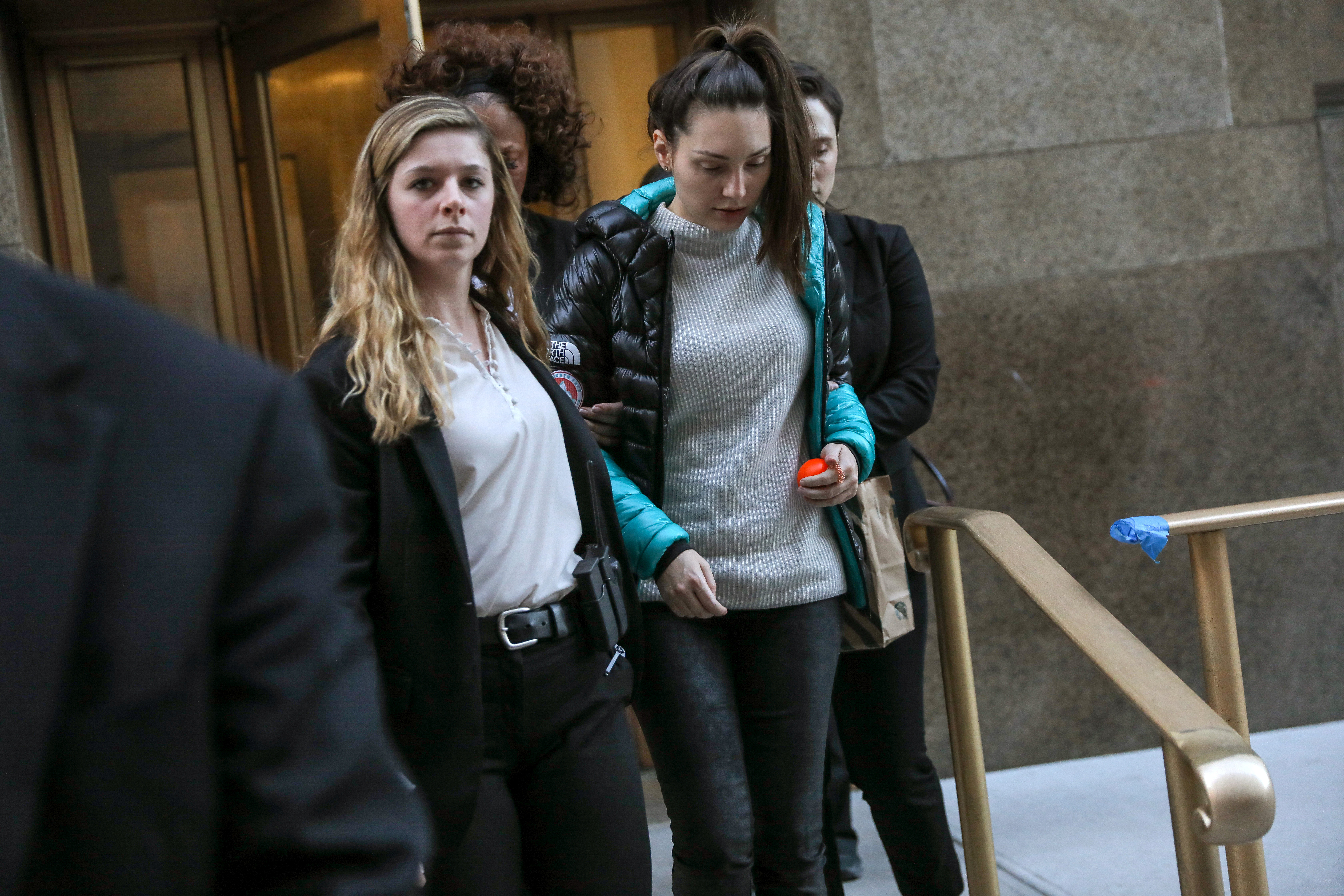 His lawyers said she lied about Weinstein giving her a "golden shower" by urinating on her.

She claimed Weinstein is "intersex," with "no testicles" and "has a vagina" over the course of her damning testimony.

Mann's testimony follows today after she had been reading a letter sent to an ex-boyfriend in 2014 about making Weinstein "a pseudo father," and later had to leave the courtroom gasping for air as Judge James Burke cut proceedings short.

Weinstein has been accused of sexual abuse by more than 80 women.

Allegations against him first emerged in October 2017 and sparked the worldwide #MeToo movement.

The allegations form the basis of the five felony charges for which he is standing trial.

Mann has claimed that Weinstein raped her in a room at Manhattan's Doubletree Hotel in March 2013 after injecting his penis.

She says he also raped her again eight months later in an LA hotel after screaming, "You owe me one more time!"

Mann acknowledged keeping up a relationship with Weinstein, but said "his ego was fragile."

The actress said alienating him would have damaged her career.

But Rotunno said Mann just "wanted to go to every Oscars Party every year".

"You told us that you were willing to sleep with Harvey Weinstein because you didn’t want him to ruin your acting career, is that correct?" Rotunno said.

Mann said she didn't want Weinstein to hurt her budding acting career – but Rotunno said she "didn't have a career to hurt."

Weinstein's trial is now in its fifth week and is expected to last at least until the end of February. 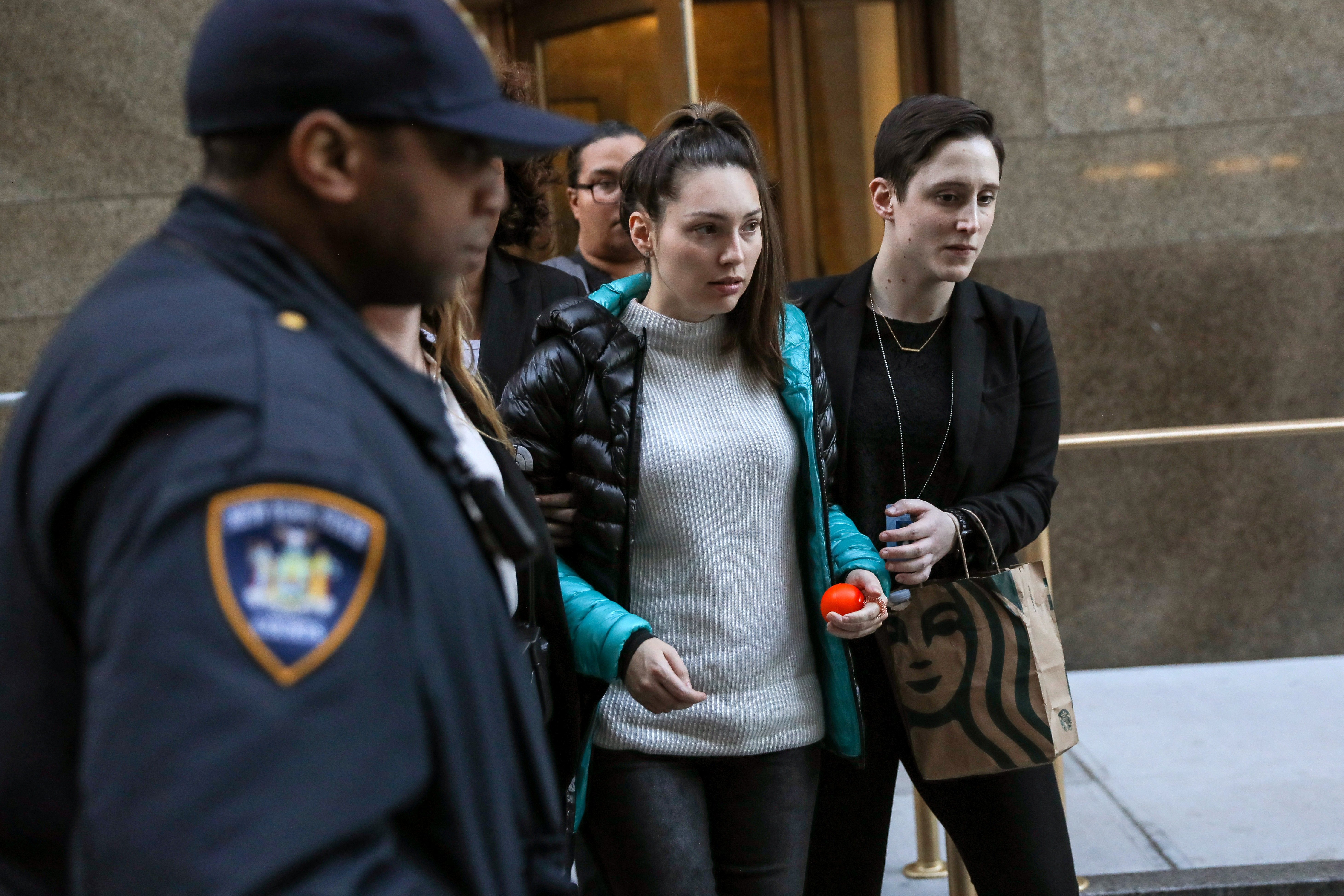 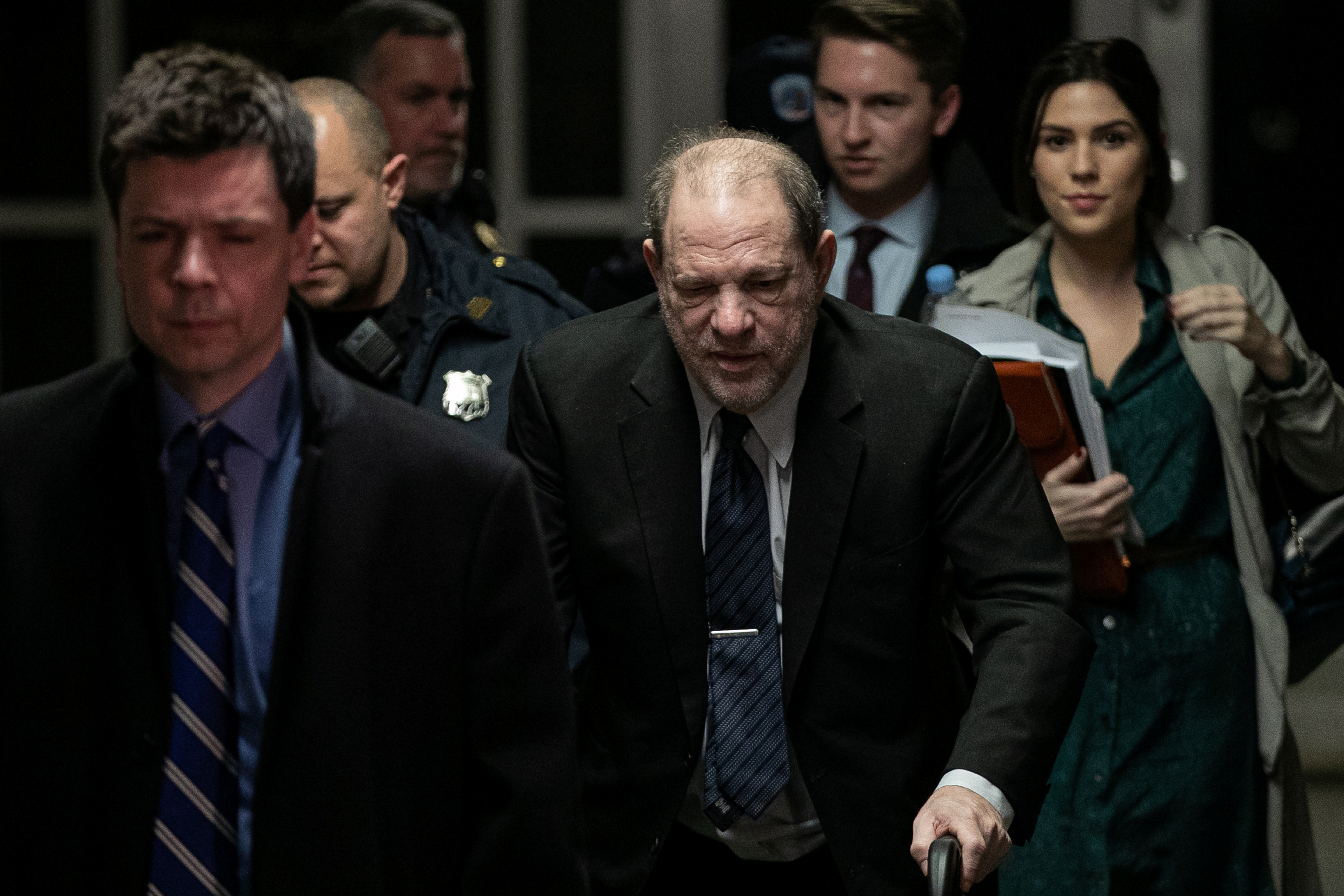 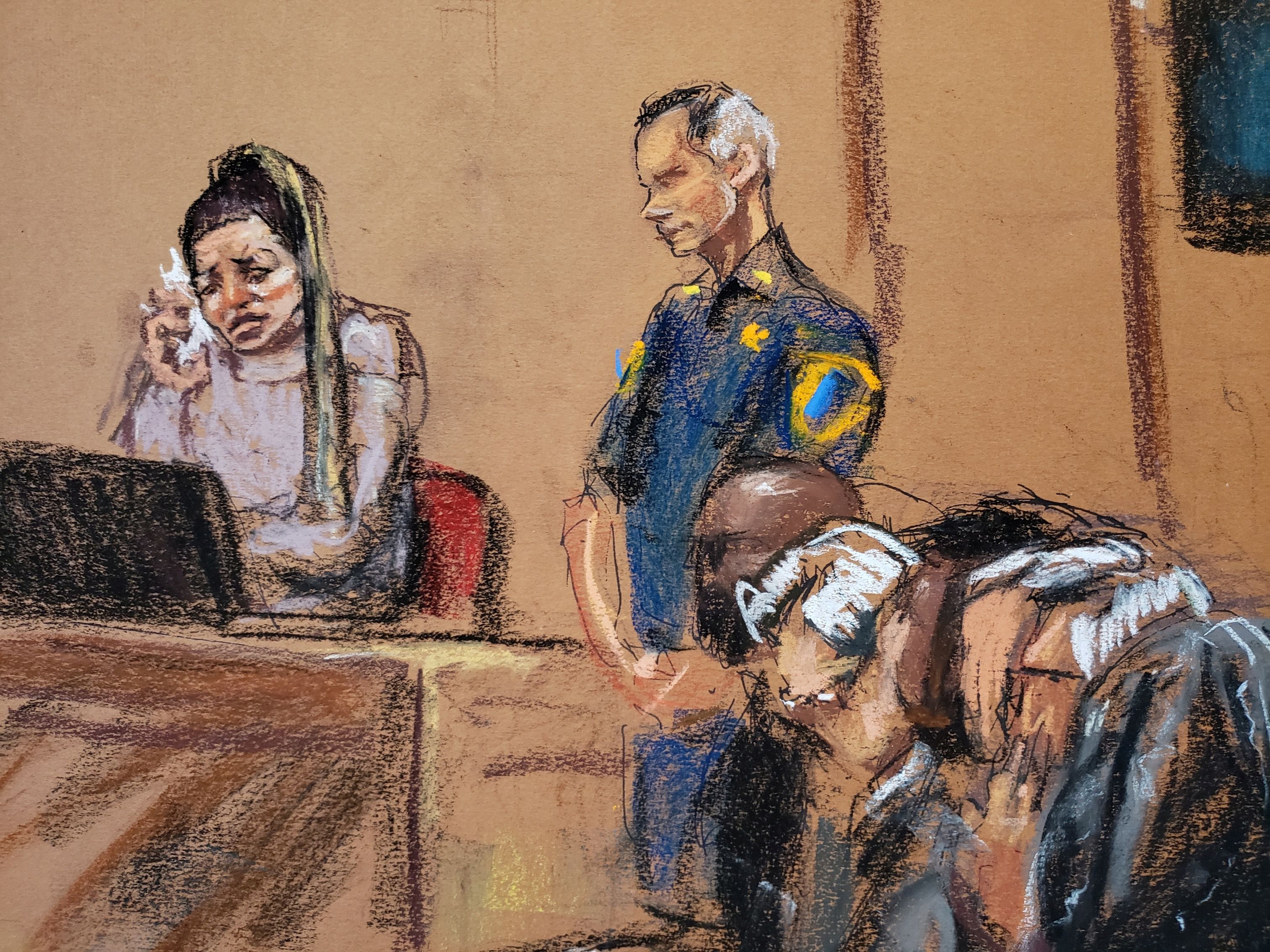