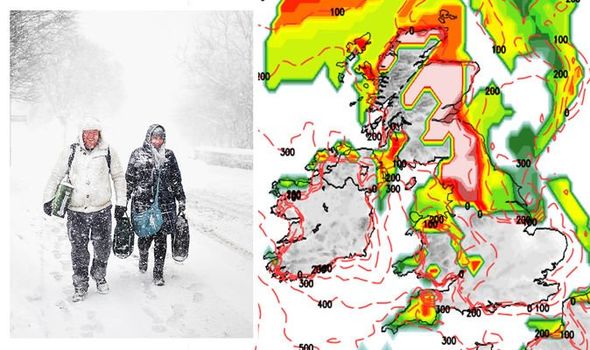 Bitter -13C easterly winds will sweep the nation through the coming days amid warnings to expect no speedy end to the cold snap.

Long-range outlooks warn a major freeze driven by warming of the stratosphere above the North Pole could grip the UK within days.

Storms crashing in from the Atlantic will hit freezing air over Britain triggering a mega-white out before mid-month, according to Exacta Weather’s James Madden.

He said: “Around the end of this week we could start to see bands of stormy weather coming in off the Atlantic clashing with the colder conditions across the UK.

“This will bring some hazardous conditions with the risk of ice storms and potentially heavy snow in parts of the country.

“January will continue with the cold theme with temperatures featuring near or below the seasonal average.”

“While February is showing signs of more changeable weather conditions, there will be widespread frosts and some transient snow to contend with as winter tries to cling on.” 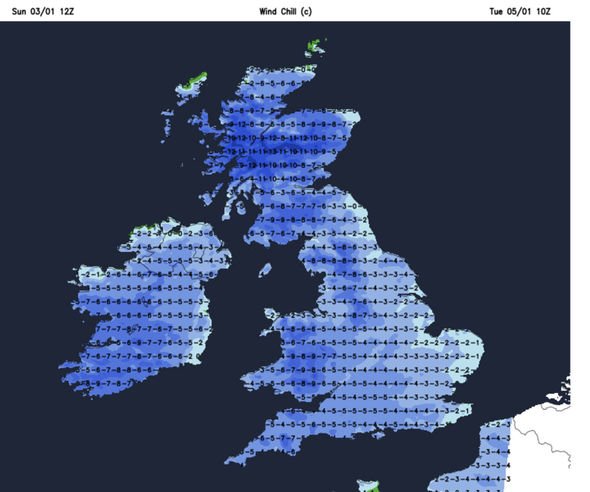 Extreme cold is being driven in part by the jet stream wildly swerving south of the UK steering cold air in from the Arctic.

Bitter winds will make it feel close to -13C in parts of Scotland by the middle of this week while southern Britain will shiver in lows of around -7C.

Weather charts reveal a pincer-movement snow attack will bring a winter deluge barrelling towards the north and east coasts.

Thermometers will plunge to lows of around -13C across northern Britain and -4C further south.

Easterly winds will bring further snow to parts of the country with harsh frosts forecast through the week.

Netweather forecaster Paul Michaelwaite said: “The UK’s weather will be coming in from the east into next week, and at this time of year, that means it’s going to be cold.

“Wintry showers will continue to affect eastern regions, with snow accumulating over the high ground and even some lighter or temporary coverings lower down. 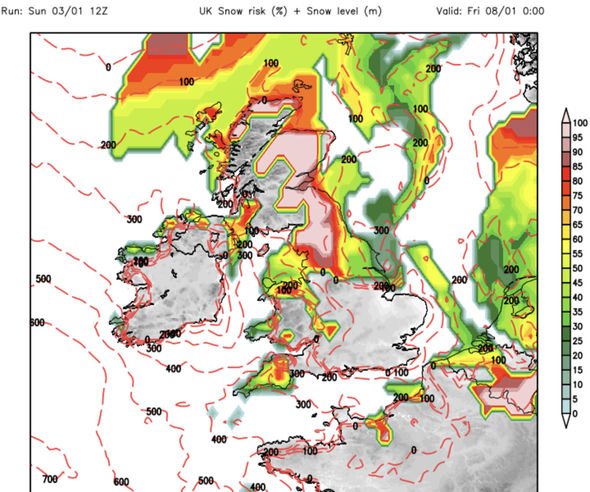 “We’ll be needing to look to the northwest as a band of rain, sleet and snow moves in, crossing the country from Thursday and into Friday, with northerly winds digging south behind it.”

Jim Dale, meteorologist for British Weather Services, said Britain could be facing another Beast from the East winter whiteout.

He said: “The beast’s claws are stretching out towards the UK.

“A body of snow developing over the Aps is in position, and it’s getting obvious that it’s stretching towards the west.

“If the Atlantic gets more mobile and brings wetter weather in from the west over the next fortnight, that’s when we will see some major snow events.

“There is the potential for a serious weather event and the end of this is going to be a long way off.” 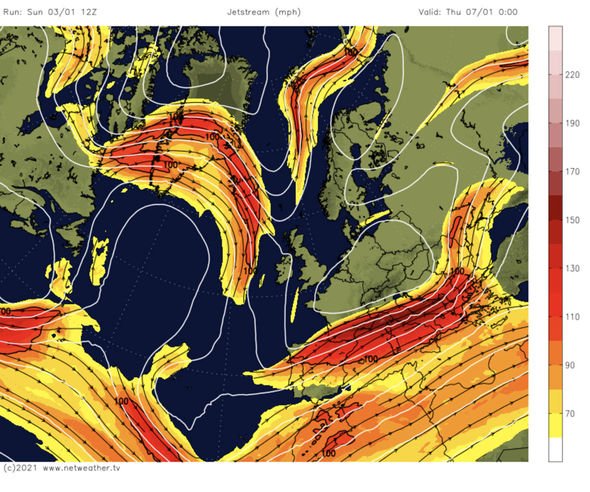 A spokesman said: “Average temperatures are expected to remain at low single figures over the coming days, particularly across the northern England, with the greatest likelihood of reaching Amber alert criteria.

“Widespread overnight frosts are expected, along with showers; these mainly focussed in northern and eastern coastal areas.

“Where showers move inland, they are likely to turn wintry, mainly over hills.

“The main hazardous conditions over this period is from severe cold and icy conditions.”

Meteorologists are keeping a close eye on the Arctic stratosphere after the emergence last week of a pattern of weather similar to that which drove the 2018 Beast from the East. 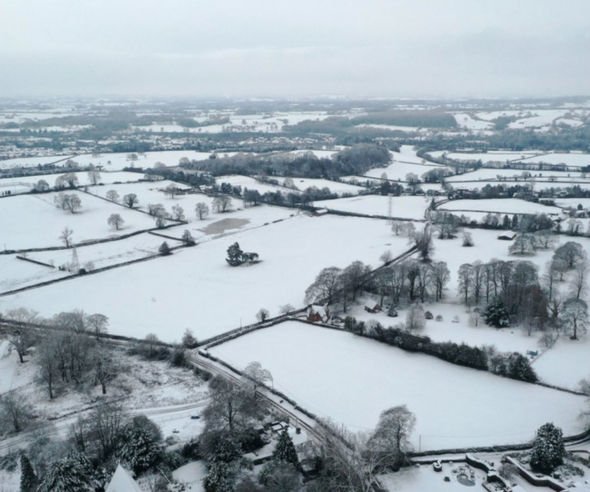 “This will further enable the colder air transport into most of Northern and Central Europe.

“This is a fairly typical negative NAO (North Atlantic Oscillation).

“A warming event high up in the Stratosphere is looking likely to unfold at the start of 2021.”

Further snowfall is likely across Britain through the start of 2021 as cold air moves southwards from the North Pole, he added.

He said: “We can see the snow cover has expanded since the beginning of the month in central and western Europe, and also over the British Isles.”

“Northerly winds will be replaced by easterly winds [which will] continue into the early part of the week.

“A big area of low pressure developing over the Mediterranean will bring winds north and then east.

“With an easterly wind it is going to feel cold.”