THE wife of the hero cabbie who cheated death when a terrorist blew himself up in his taxi thanked her hubby’s “guardian angels” yesterday for his “miracle” survival. 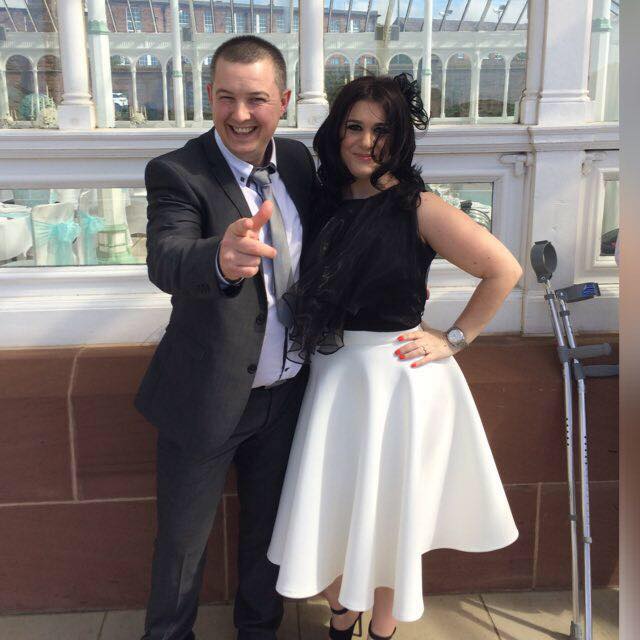 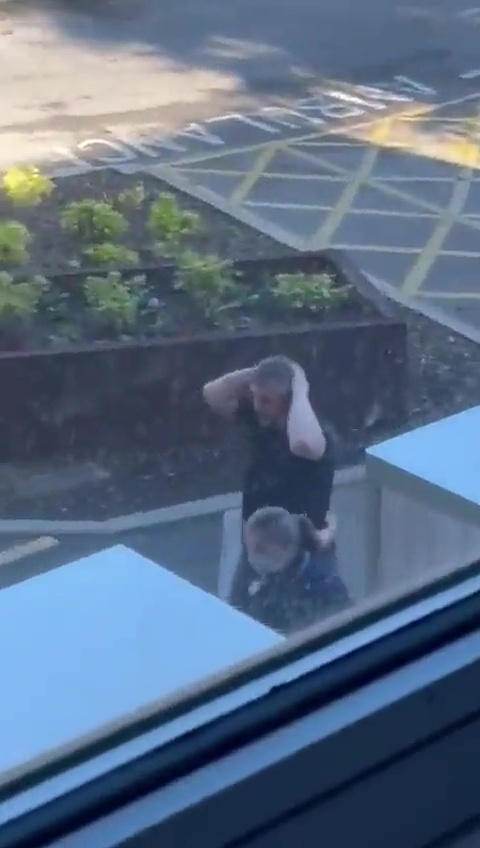 Yet “selfless” David, who suffered blast injuries, discharged himself from hospital hours later to free up a bed and was yesterday recovering at home.

His wife, Rachel, said her husband was lucky to be alive following the deafening explosion only yards from the packed wards.

In an online post, she said: “I would just like to thank each and every one of you who have messaged asking how David is.

“He is doing OK but is extremely sore and just trying to process what’s happened.”

She added: “There are a lot of rumours flying around about him being a hero and locking the passenger inside the car, but the truth of the matter is, he is without doubt lucky to be alive.

“The explosion happened whilst he was in the car and how he managed to escape is an utter miracle.

“He certainly had some guardian angels looking over him.”

She went on: “I would like to thank the amazing staff, doctors and nurses at the hospital.

“You were all amazing and also the police officers and detectives who have been looking after us. We’re so thankful.”

CCTV filmed Delta Cabs driver David as he arrived outside reception area at the hospital, which is close to Liverpool Cathedral.

Seconds before he comes to a halt, the footage shows a huge blast from inside the car — with 40ft plumes of white smoke shooting into the sky.

All the windows are blown out and metal flies into the air, showering three nearby cars as it lands.

Seconds later David, who is wearing a black T-shirt and dark shorts, bolts from the driver’s seat and runs towards the back of his vehicle as a security guard dashes towards him.

The guard bear hugs David and the two men stumble backwards towards an ambulance.

A fire breaks out at the side of the front passenger seat, with 20ft flames shooting upwards.

The blaze has taken hold of the whole car less than a minute after its arrival. A member of hospital staff tries in vain to douse the inferno with a fire extinguisher.

To the left of the screen, meanwhile, shocked David can be seen holding his head and being helped to a smoking enclosure.

David saved so many lives today at the risk of his own life, including babies coming into this world. David saved his city

He is understood to have suffered a number of painful blast injuries.

These are said to include damage to his back, cuts and bruises from shrapnel and a nasty ear wound. Both his eardrums also burst.

He was taken to hospital shortly after the 11am explosion.

A family friend said “selfless” David had asked to be discharged early because he did not want to take up any beds.

The friend added: “After he was patched up, he said he might as well be at home.

He said, ‘There’s all these old people lying around waiting for a bed’. So he discharged himself and gave up his bed for someone else to use.

“He’s such a nice bloke. He always has been. Absolutely selfless.”

A friend had claimed David locked the back-seat bomber inside the car moments before he arrived at the city centre hospital, at which around 30 babies are delivered every day.

They said that he had become suspicious about a “light” on his passenger’s clothing that the terrorist had been playing around with.

The pal insisted that David’s actions prevented the bomber getting into the hospital and causing mayhem and bloodshed.

The friend said: “David noticed the man had some kind of light attached to his clothing and was messing around with it. As soon as he did, it’s gone off. If this guy had got in the hospital, God knows what could have happened.

“David’s the luckiest man in Britain as well as the most heroic.”

Another pal added: “I’m just glad there were no babies being taken outside when this happened.”

Last night, a fundraiser for David had reached more than £20,000.

Jenny Phillips, who organised the collection for the driver and his family, said she had been told that David’s passenger had not spoken during the journey.

She said yesterday: “When David arrived added the hospital he noticed something not right about him.

David remembers a bang then going unconscious then managing to escape the car, luckily by a strand of hair, before it went into flames.

“David remembers a bang then going unconscious then managing to escape the car, luckily by a strand of hair, before it went into flames. David saved so many lives today at the risk of his own life, including babies coming into this world. David saved his city.”

She added: “David has injuries and burns and will obviously have further anxiety and trust issues to ever be able to carry out what he loved doing the most.”

Well-wisher Paul Tucker donated £20. In a message to David, he said: “Your country salutes you and we’re all right behind you as you recover from your injuries and trauma.”

He said David was an “absolute hero” as well as being a “true credit to your great city and its people”.

Prime Minister Boris Johnson hailed David for averting an atrocity by acting with “incredible presence of mind and bravery”.

She said: “The taxi driver, in his heroic efforts, has managed to divert what could have been an absolutely awful disaster at the hospital.

“Our thanks go to him and our emergency services. The authorities have worked through the night to divert anything further.

“We’ve all been on standby and in constant contact to provide any support that’s needed.”

The taxi driver, in his heroic efforts, has managed to divert what could have been an absolutely awful disaster at the hospital.

She said: “It’s really brave what he did. It’s shocking what happened.

“I’m sure he must have saved a lot of lives. I think that what he did sums up everything about the people of ­Liverpool.”

She added: “I often see David coming home in his taxi and he always smiles at me.”

Another neighbour, who did not wish to be named, said: “He’s a lovely person, really friendly.

“I sometimes see him walking his dog. I heard about what happened from his sister.

“He was very, very brave and I’m glad he wasn’t more seriously hurt. I wish him all the best and hope he has a speedy recovery.”

BOMB squad hero Kim Hughes said there could have been carnage if the terrorist had got inside the Liverpool hospital.

The counter-terror expert, who won a George Cross in Afghanistan, said: “In a crowded ward, the potential for casualties is huge.

If he had got onto a ward at the optimum moment, with people all around him, it would have been a different story.

“As it was, the bomb went off in a car park with almost nobody around. The car contained some of the blast.”

Mr Hughes, 42, director of Threat Reduction Ltd, said it looked like the bomb may have malfunctioned. He said: “It was a bomb within a car, not a car bomb.

“But we don’t know whether it was perpetrator-initiated or a malfunction.

“Was it in a bag in the footwell or in a pack on his back, which might explain how the driver survived.”

He said: “If you detonated 100kg in the boot, the vehicle would disappear.

"There would be a crater, the engine would probably end up 100 metres down the road and part of the hospital would have flattened.” 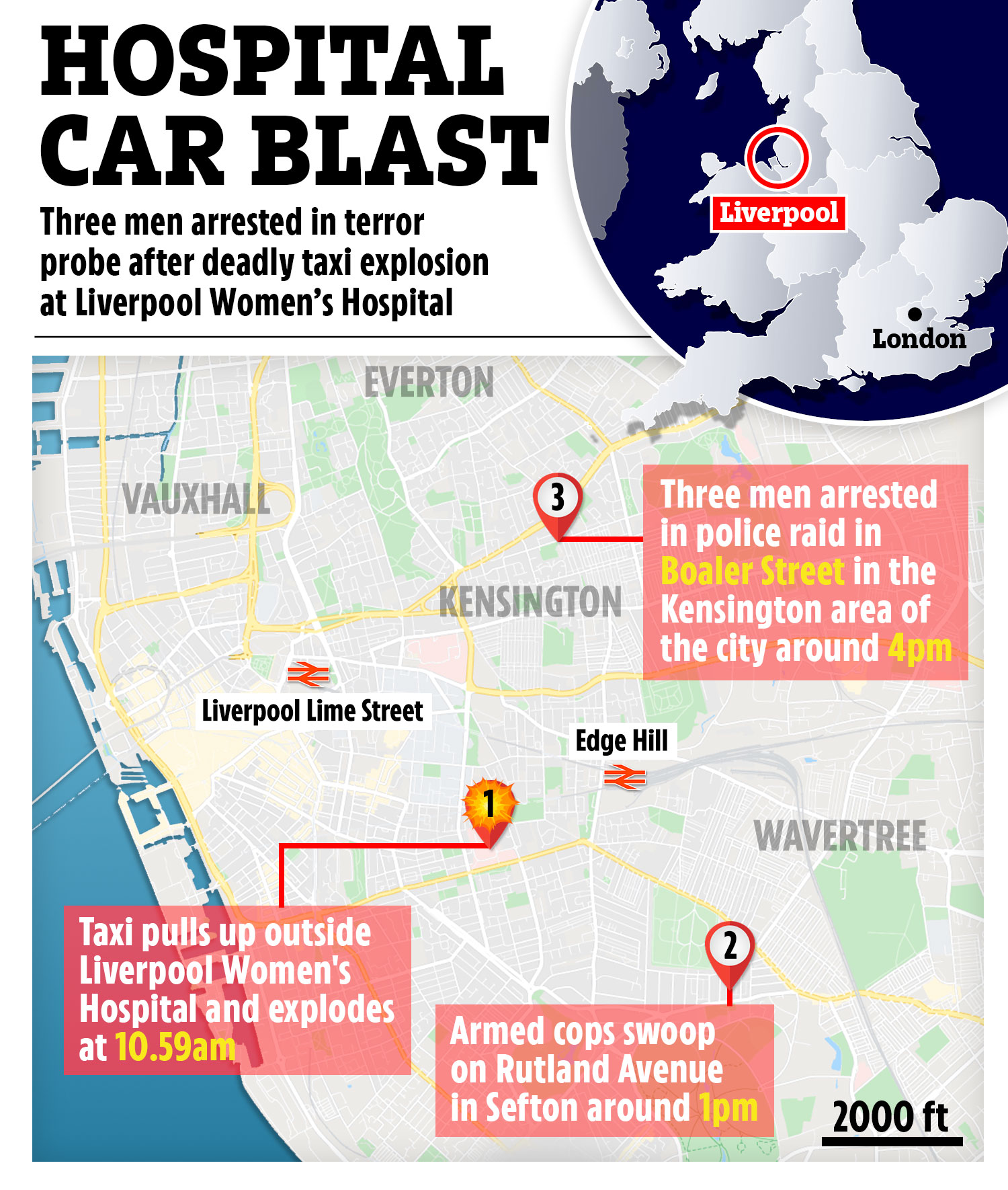 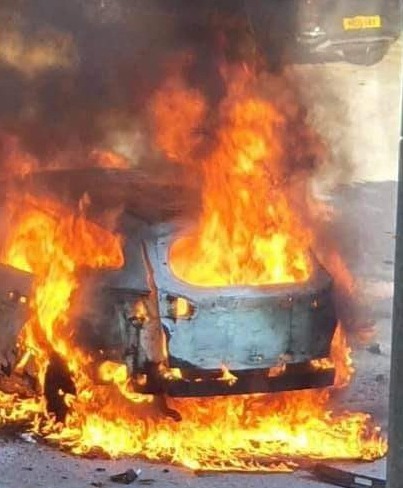 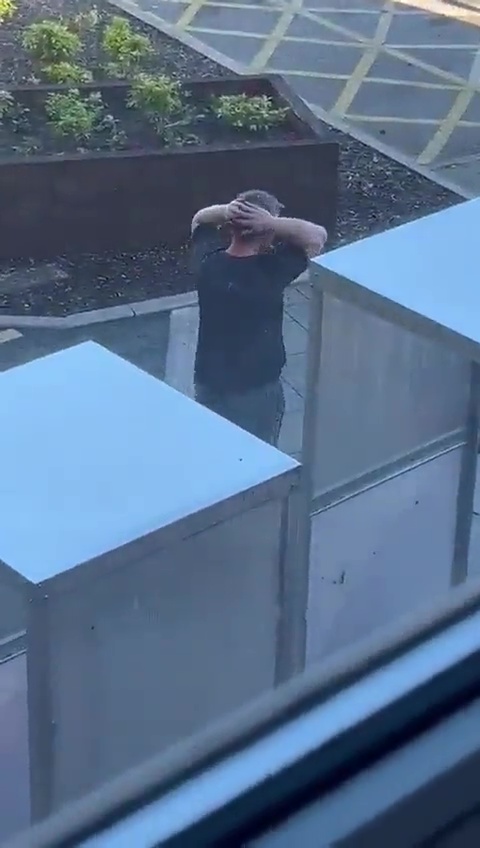 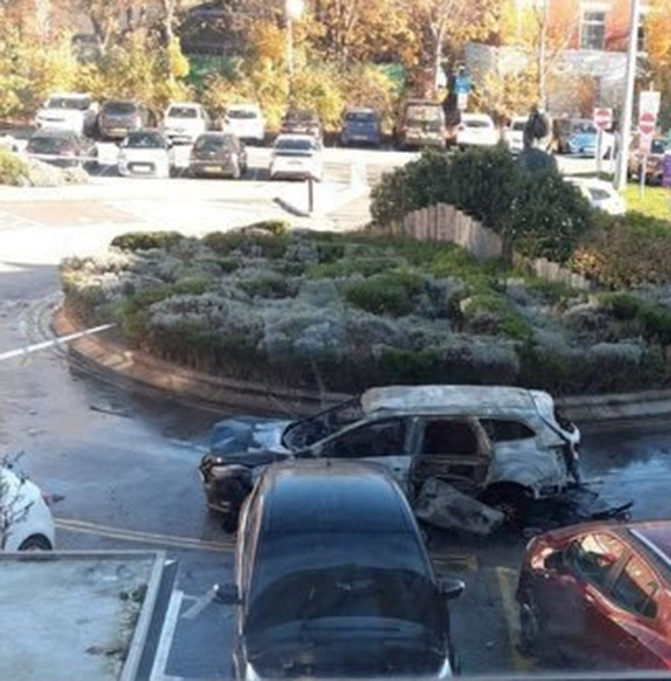