Mrs Clinton was obliged to attend, not because she was the Democratic presidential nominee that year, but because she is a former First Lady, being married to Bill Clinton. However, she confessed on a UK chat show that she tried to get out of it by calling other former Presidents and First Ladies to ask if they were going. She felt that if they were not the only ones refusing to attend, they could get away with it.

Unfortunately for the Clintons, everyone else said they were going to go, except George HW Bush and Barbara Bush, who were in hospital at the time.

Both Mr Bush and Mrs Bush died just one year later aged 94 and 92 respectively in 2018.

Mrs Clinton recalled the details of her plot in an interview on The Graham Norton Show on BBC One.

She said: “I really tried to get out of going.

“I was going, not as the candidate or the opponent but as a former First Lady, because the tradition is Presidents and former First Ladies all show up regardless of Republican or Democrat to show support and continuity of our government. 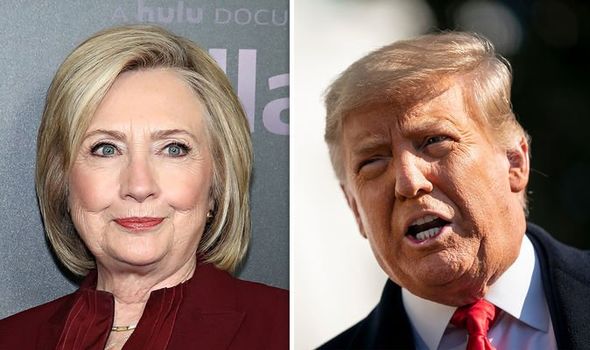 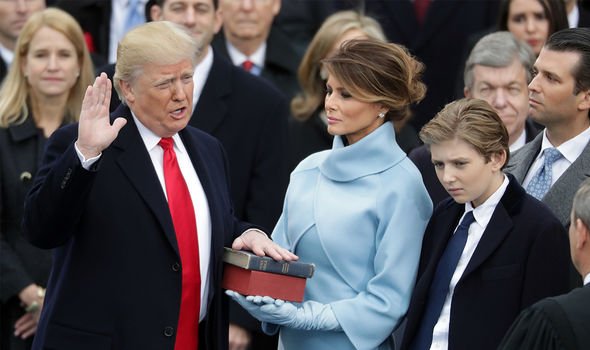 “So we thought ‘maybe others aren’t going’, so we called the Bushes and the elder Bushes were in the hospital, which I think was legitimate.”

Mrs Clinton said the last bit rather tongue-in-cheek and the audience guffawed.

The former Secretary of State then described what it felt like to attend the inauguration of someone she lost the election to, and someone who ran such a divisive campaign. 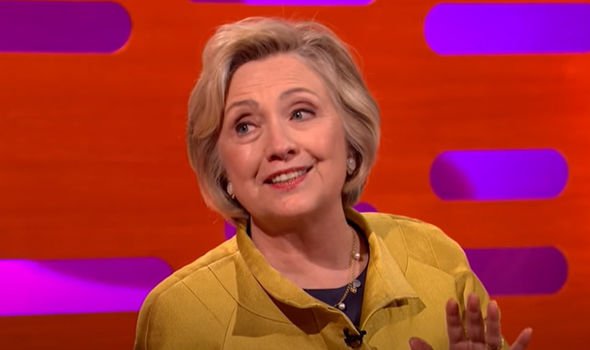 She referenced her book ‘What Happened’, which was released that year, in 2017.

Mrs Clinton said: “Oh my gosh. I try to describe in the book what that felt like, because I didn’t know what to expect.

“What I wanted to have happened was, despite the kind of campaign he ran, I wanted him to rise to the occasion of being our president, and being the president for everybody not just people who supported him. That didn’t happen.

“And so we were sitting there and we were listening, I was sitting next to George W Bush and Bill was on my other side, and were listening to this really dark, divisive speech that I describe as a cry from the white nationalist gut. 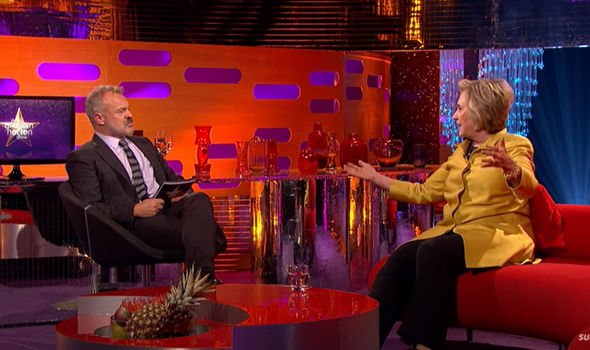 “And I was so disappointed, really so sad that it wasn’t an outreach, it was a narrowing and a hammoring of what he said before.

“And it’s reported, so I put it in the book, it’s reported that George W Bush at the end said, ‘That was some weird s***.”

Mr Trump, having lost the election in which he was trying for a second term in office, has said he will not attend Joe Biden’s inauguration on January 20.

However, his daughter Ivanka Trump is reportedly planning on attending against her father’s wishes.

Hillary Clinton says Trump is trying to ‘divert from his failures’

The President is said to have described it as the “worst decision she could ever make”.

Since losing the election in November, Mr Trump has claimed it was rigged and “stolen” from him and his supporters via widespread electoral fraud.

However, there is no evidence to suggest this is correct.

Last week, after the Georgia run-off result switched power in the Senate over to the Democrats, Mr Trump held a rally in Washington DC. 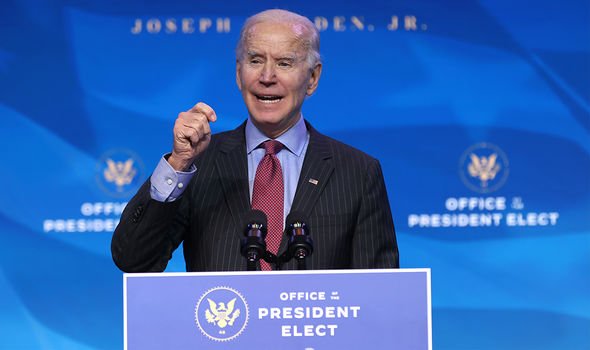 At the rally, he urged his supporters to make their voice heard, and a huge crowd of people descended on Capitol Hill and stormed the building.

In the violence that ensued, shots were fired, four people died, two pipe bombs were found but thankfully not detonated, and more than 70 people have had charges brought against them.

Accused of inciting the violence, Mr Trump was permanently banned from Twitter and suspended from numerous other social media platforms.

With just a week until Mr Biden’s inauguration, Chair of the Defence Select Committee Tobias Ellwood warned Express.co.uk that Mr Trump still has something “up his sleeve” and plans to go out “with a bang”.