Help, my elephant is missing! Homeowner is stunned when gang are captured on Ring doorbell taking £2,500 bronze ornamental animal

This is the moment three men were caught red-handed on a Ring doorbell stealing a bronze elephant worth £2,500.

Matt Gray, 49, revealed that the popular ornament was stolen in the middle of the night from his home in Molesey, Surrey.

The technology consultant bought the elephant, who is known as Heffy, as a 50th birthday for his wife Jacqueline Gray, 55, five years ago.

Mrs Gray is a lover of elephants and was eager to have something for the garden, so it seemed like the perfect option.

But unfortunately, the Grays are now desperately trying to track down Heffy after three men were seen on a Ring doorbell camera sneaking in at 5.45am in an act of cowardice.

Mr Gray told MailOnline that his wife is very upset. ‘She’s devastated, absoutely devastated. She loved the elephant but also because so many people around here are upset by it as well. She’s upset for everybody else,’ he said.

The technology consultant actually discovered the elephant was missing on the camera before he ran out to the garden.

‘I was just having morning cup of tea and I spotted that the CCTV camera had pinged over night,’ Mr Gray said.

‘I just saw those people stealing the elephant and I ran straight out to the front garden. I just wanted to see if it was real.’ 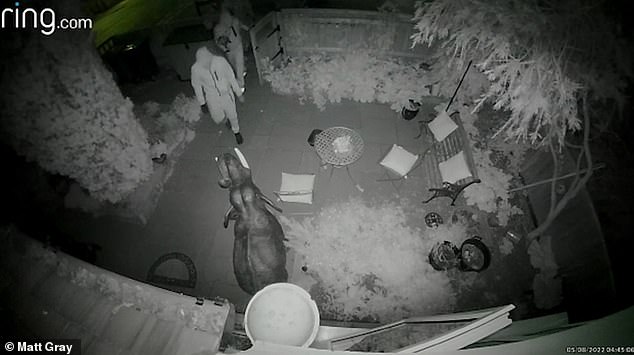 Three men were spotted on a Ring doorbell camera stealing the bronze elephant at 5.45am 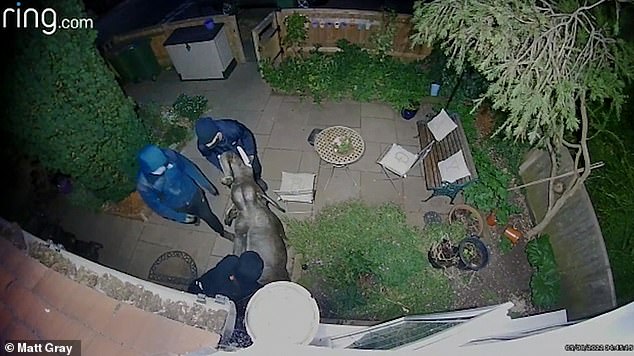 The heavy sculpture needed three people to be removed, something Mr Gray was ‘not surprised’ about given its weight

The elephant, which was bought from a reclamation yard in Leicester, is not just valuable to the family, but the community too.

‘We’ve got quite large community group on Facebook and I posted on there this morning.,’ Mr Gray said.

‘The outpouring from the town has been huge, the number of people that have commented on how the elephant is a focal point of their daily walks. 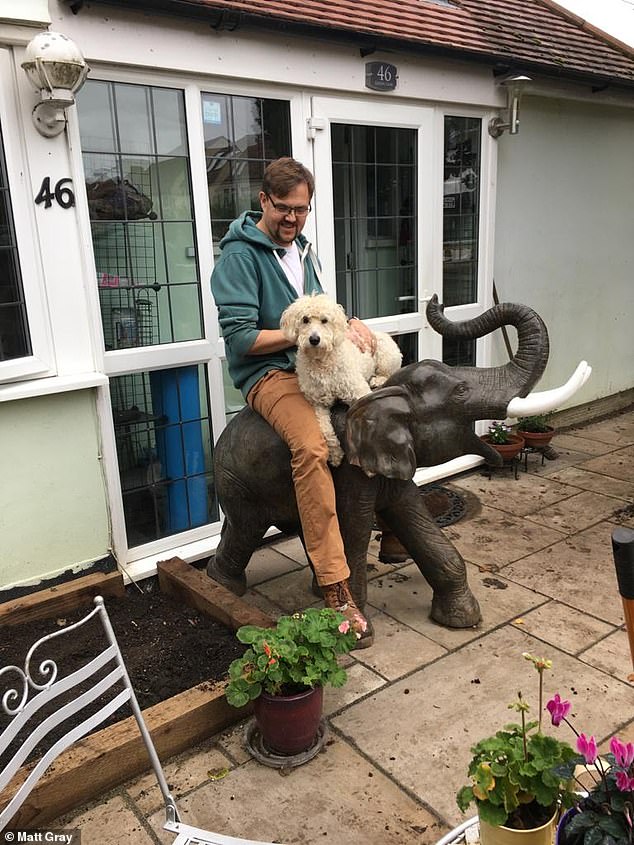 Matt Gray, 49, bought the bronze elephant from a reclamation yard in Leicester in 2017. Pictured: Mr Gray sat on the sculpture with his labradoodle Polly 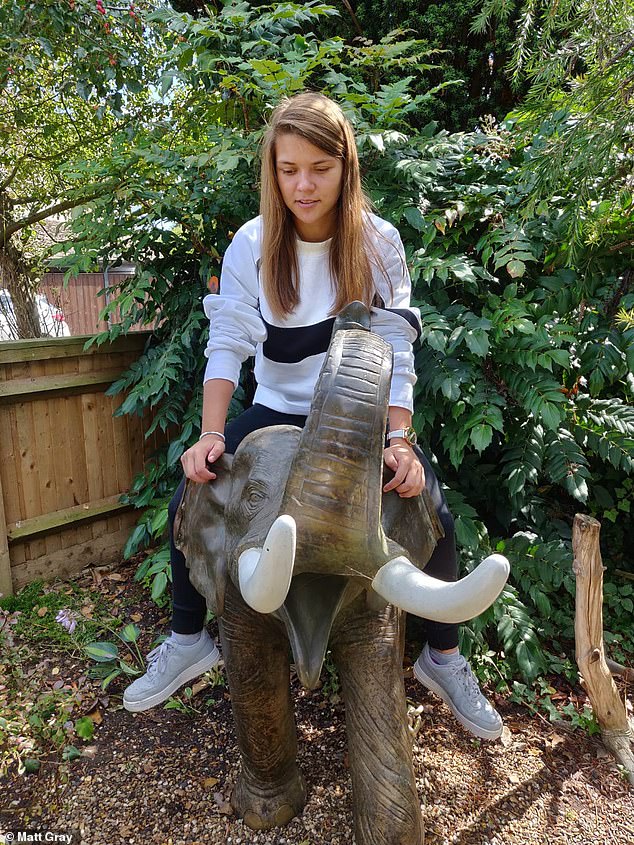 Three people were required to lift the elephant out of the Gray’s garden but they were caught on a Ring doorbell camera. Pictured: Mr Gray’s niece Mia, 14 at the time, sits on Heffy

‘All the kids stop and say hello. It’s a bit of a local character, so a lot of people are very upset by it.’

Mr Gray has contacted Surrey Police to report the crime as he is very eager to get the nostalgic present home.

He told the MailOnline that he is prepared to offer a reward of up to £1,000 to get the elephant back where it belongs.

Mr Gray is not surprised that it took three people to carry the bronze sculpture because it is extremely heavy.

He estimates it may weigh around a quarter of a tonne. As of February 18, scrap phosphor bronze was valued at £4,324 per tonne.