HONG KONG (Reuters) – Hong Kong reported its first coronavirus death on Tuesday, a 39-year-old male who had been suffering from an underlying illness and had visited China’s Wuhan city in January, hospital staff said, marking the second death outside mainland China. 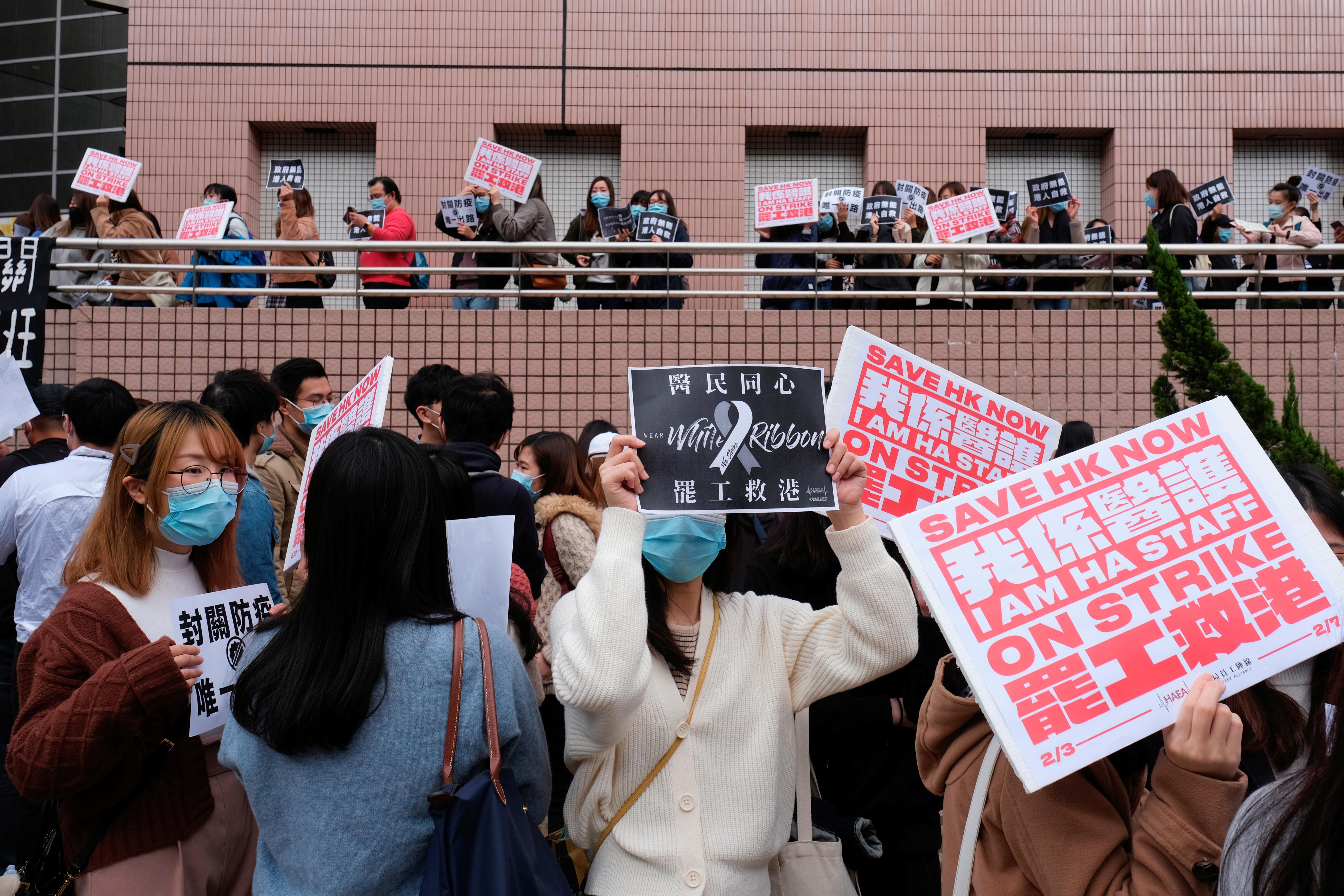 The first death outside of China was reported on Sunday – a 44-year-old Chinese man who died in the Philippines after traveling there from Wuhan, the epicenter of the virus.

The death toll in China rose on Tuesday by a new daily record to more than 420 and total infections in China rose by 3,235 to 20,438. There were at least 151 cases in 23 other countries and regions, including the United States, Japan, Thailand, Hong Kong and Britain.

The Hong Kong death comes as hundreds of medical workers in the Asian financial hub began a second day of strikes on Tuesday to force the government to completely close the city’s borders with mainland China, a day after embattled leader Carrie Lam left three remaining checkpoints open.

“As Carrie Lam refused to close the border, more (deaths) might come…We are not threatening the government, we just want to prevent the outbreak,” said Cheng, a 26-year-old nurse attending the strike.

The latest coronavirus epidemic has rekindled memories of the 2003 Severe Acute Respiratory Syndrome (SARS) which killed nearly 300 people in the city.

The former British colony so far has had 15 confirmed cases of the newly discovered coronavirus, including one that was transmitted locally.

The Hong Kong resident who died on Tuesday had been kept in an isolation ward after the coronavirus was confirmed last week. His 72-year-old mother, who contracted the virus locally and had no travel history, was staying at home during the incubation period, authorities said.

The United States, Australia, Singapore, New Zealand and Vietnam are among countries that have denied entry to foreign nationals who have recently been in China.

Lam has rejected calls to shut the entire border, saying such a move would be “inappropriate and impractical” as well as “discriminatory”.

On Monday, authorities announced the closure of four more border crossings with mainland China, leaving open the international airport, the bridge connecting the city to Macau and the southern Chinese city of Zhuhai as well as Shenzhen Bay Port in the north.

Around 2,700 workers from the newly formed Hospital Authority Employees Alliance (HAEA) went on strike on Monday calling for a sealing off of Hong Kong’s border and for better protection for hospital staff.

Holding red and white placards reading “Save HK now. I am a Hospital Authority staff on strike”, masked workers on Tuesday spilled out from inside the Authority’s Kowloon located headquarters, and onto the main road outside.

Around 9,000 members out of the alliance’s roughly 18,000 members are expected to join the strike on Tuesday, HAEA chairwoman Winnie Yu said. “Our demands are not something the Hospital Authority can solve so we urge Carrie Lam to negotiate with us directly,” Yu said.

A spokesman for the city’s hospital authority said that due to the large absence of medical staff in public hospitals today, some emergency services have been “severely” affected.

In a notice released on Monday, one of Hong Kong’s voluntary ambulance brigades – St John Ambulance- announced they would suspend all first aid and ambulance duties due to the recent spread of the coronavirus.