ANOTHER bloody New Year’s Honour list without my name on it. Beggars belief, doesn’t it? The things I do for my country!

I thought I’d get at least an OBE for really annoying those students at Durham University. Hell, there’s a job that NEEDED doing. And yet what do I get? Nada, zilch, naff all. 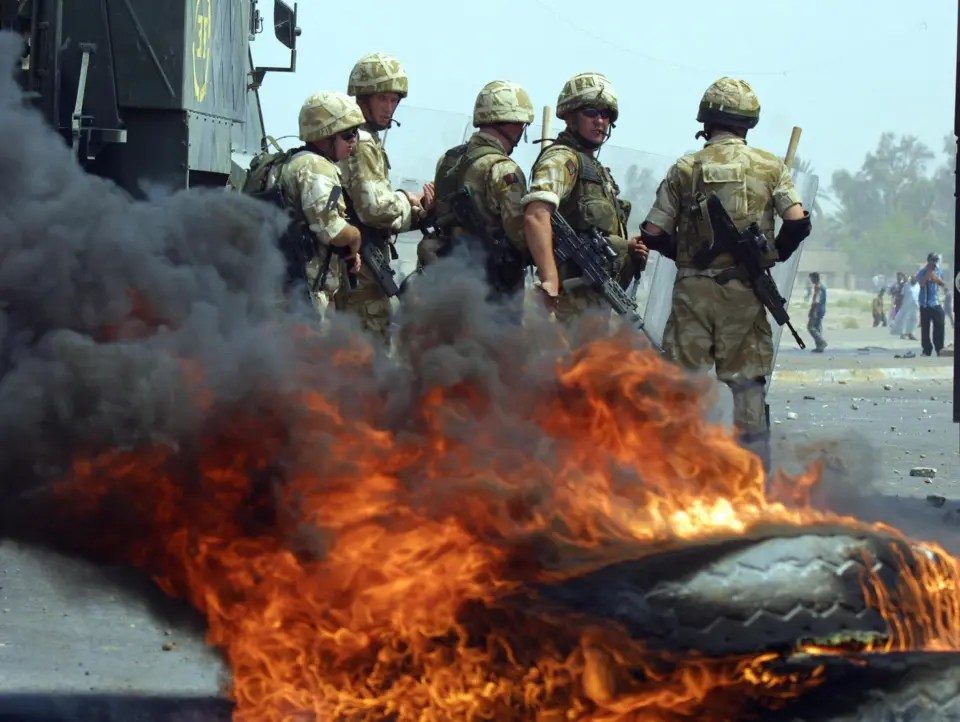 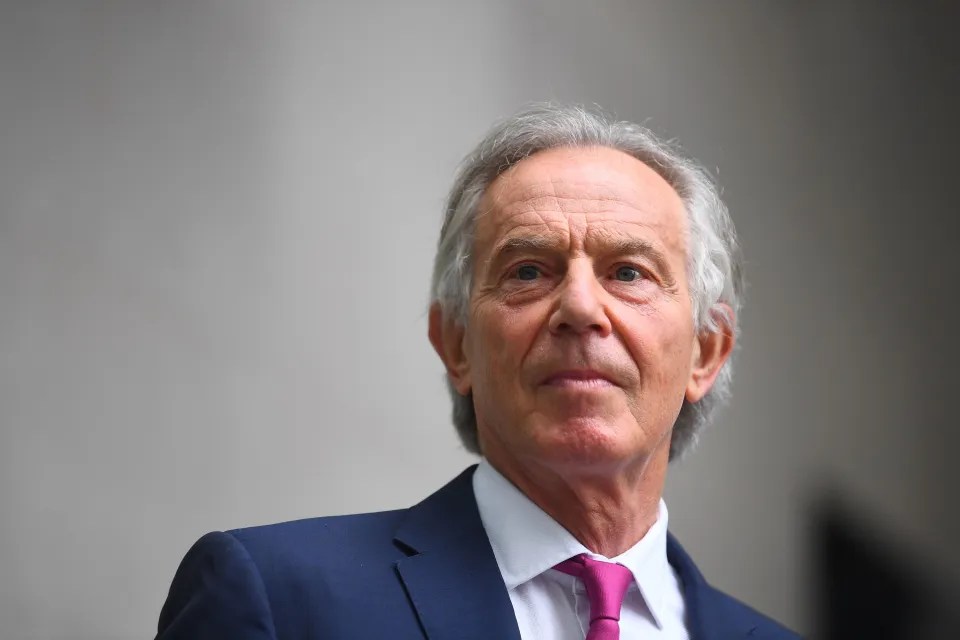 It makes the disappointment all the greater when I see who HAS been bunged a bauble. I don’t just mean the rich blokes who always seem to get honours, although that takes up so much of the list. I mean the others.

Every year, without fail, there’s a name that makes you think: “How in the name of the living Jesus did he get that? What kind of messed-up world are we living in?”
And this year they’ve really outdone themselves: Tony Blair.

OK, so it’s a tradition that former Prime Ministers get a knighthood. And yes, his Labour government did one or two good things. Improved secondary school education in London. Banned foxhunting (although Blair himself wasn’t keen). Cut hospital waiting lists.

But matched against that were the two greatest policy disasters of any government since the Suez crisis. And one of them was actually CRIMINAL. First, his government passed four acts on immigration which led to a relentless, enormous influx of incomers which we are still seeing today.

Economically and socially this was a colossal error of judgment. But nothing beats the invasion of Iraq.

In order to get this past Parliament and the British people, the Prime Minister — and his odious henchman Alastair Campbell — perpetrated what now appears to have been a series of grotesque deceits.

They should not be honoured, they should be on trial.

Don’t take my word for it.

Here’s a summary of the conclusions of Lord Chilcott’s report into the Iraq war: At the time of the invasion of Iraq in 2003, Saddam Hussein did not pose an urgent threat to British interests; intelligence regarding weapons of mass destruction was presented with “unwarranted certainty”; peaceful alternatives to war had not been exhausted; the UK and the US had undermined the authority of the United Nations Security Council; the process of identifying the legal basis was “far from satisfactory”; and a war was unnecessary.

That “unwarranted certainty” I read as a lie. There were no weapons of mass destruction.

Blair took us to war out of hubris and a stupid and dangerous liberal evangelism. He conned the public and he conned Parliament.

The war caused the deaths of 460,000 people — at a conservative estimate — including 179 British servicemen and women. It led, in the end, to the formation of the maniacal Islamic State. They are still fighting in Iraq today. It was an unspeakably catastrophic decision.

And for this, the architect of the war gets knighted. I mean, WTF? Are you kidding?

Since he left office, Blair was a fantastically useless peace envoy in the Middle East.

And the rest of his time has been spent trousering as much money as possible from dictators in exchange for his “advice”. He brought the office of Prime Minister into gross disrepute.

More than 700,000 people have signed a petition to get the knighthood revoked. Some of the people who signed are the relatives of service- men who lost their lives in Iraq.

I’m not much of a chap for petitions, but I signed this one.

You give Tony Blair a knighthood and it renders all the honours we bestow either mean- ingless or laughable.

SO, how is Harry and Meghan’s charity Archewell doing?

It was launched with great fanfare in 2020.

The latest news, though, is that it has raised less than £37,000. That wouldn’t be enough even to do out one of Meghan’s 18 bathrooms.

In fact, their Royal Wokenesses spent more on lawyers’ fees to dissolve their former UK charity than was raised by Archewell.

I wonder if people aren’t donating because they can’t see the point of this smug, wittering, dimbo couple?

I PROMISE you, I TRIED to stay awake during Sir Keir Starmer’s New Year speech.

I had to keep jabbing a pen into my arms every 15 seconds. In the end I fell asleep with the pen still in my hand. And the Labour leader, bless him, still droning on. 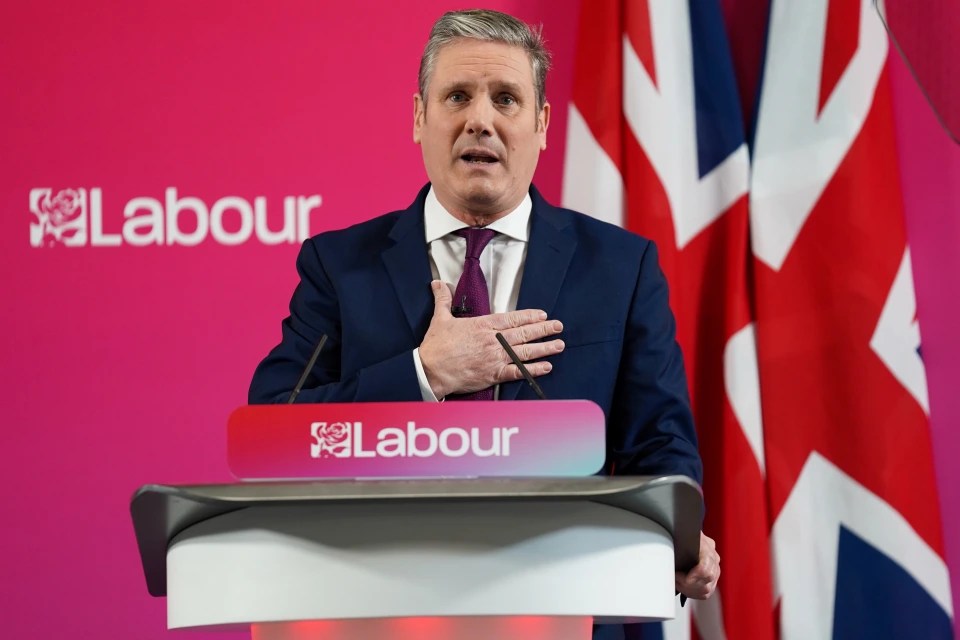 He’s a nice bloke, Starmer. I think he means well.

And when I read his speech later, there seemed some sense to much of what he was saying.

But there is one flaw in Sir Keir’s attempts to make people believe that his Labour Party are “patriotic”.

He would be unable to name one “patriotic” Labour policy. Because they don’t have any.

Mask up for unions

OUR kids all went back to school this week. And what lay in store for them? A term of misery.

Forced to wear masks for – frankly – no reason whatsoever. 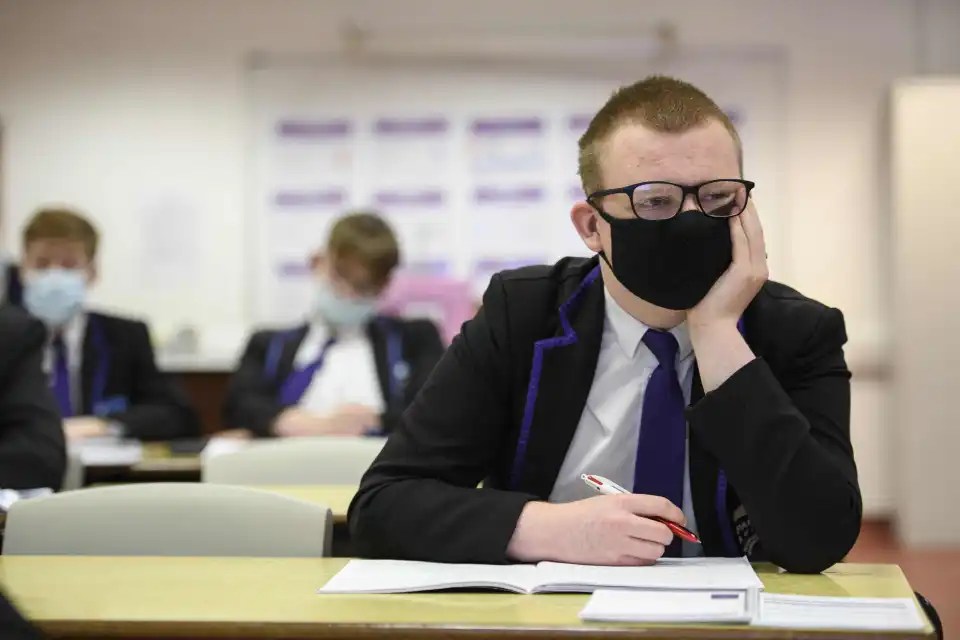 Just think of it.

Yet again they will be cooped up and hidden behind a face nappy, for eight hours at a stretch, and testing every day.

There is no scientific reason for this whatsoever. The current variant of Covid – Omicron – is so mild that if the kids did get it, most wouldn’t even know. Bit of a sore throat and the sniffles.

The risk to children from even the more serious variants of Covid is vanishingly low – almost non-existent.

But what of the teachers? They are the ones who have been demanding the kids be masked up. In fact, the unions didn’t want the schools to reopen at all.

A Freedom of Information request revealed that the death rate from Covid for people working in education was LOWER than the death rate for the same age groups in the rest of the population.

So the notion that all teachers face an increased risk would not seem to be borne out by the facts.

The Government’s plan to keep the schools open – with kids wearing masks – has been hailed as a magnificent compromise.

Well, it is a compromise, for sure. A compromise between common sense and utter stupidity.

These kids are wearing masks to keep the teaching unions happy, and for no other reason.

A BELGIAN bloke has been sent to prison for saying nasty things about women.

He also described them as “dirty creatures, who seek money and protection from men to whom they owe sex”, and called them “animals with udders”.

Bit rude, isn’t it? I know several women who aren’t like that at all.

But to imprison someone for saying stuff? Doesn’t sit quite right with me.

Maureen is missing the point

POOR old Helen Mirren is getting it in the neck from both sides.

She is playing the lead role in a new biopic of Israel’s first female PM, Golda Meir. 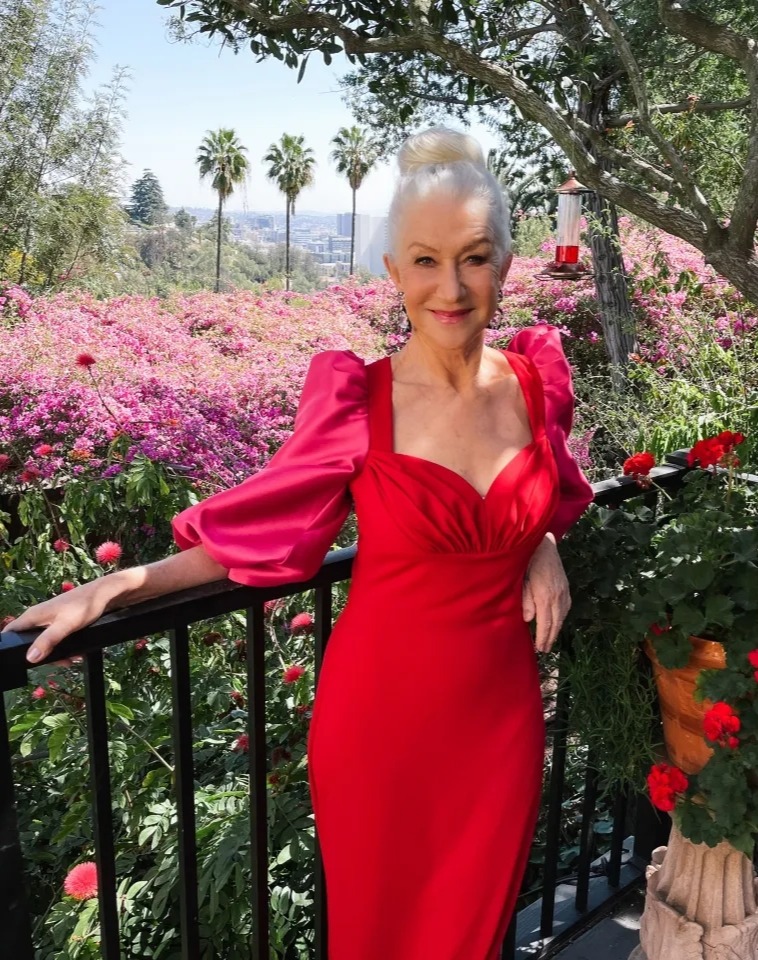 So as you might expect, she’s being attacked by the awful pro-Palestine lobby.

“How dare she appear as a horrible Israeli!” But she is also being attacked by some Jews.

No, indeed, Maureen. She’s not a politician either. That means that in order to convey the part Helen will have to . . . er, act.