A MAN has called police after finding mysterious "bones" hidden inside the walls of his home.

The TikTok user has gone viral after sharing a video of his haunting find. 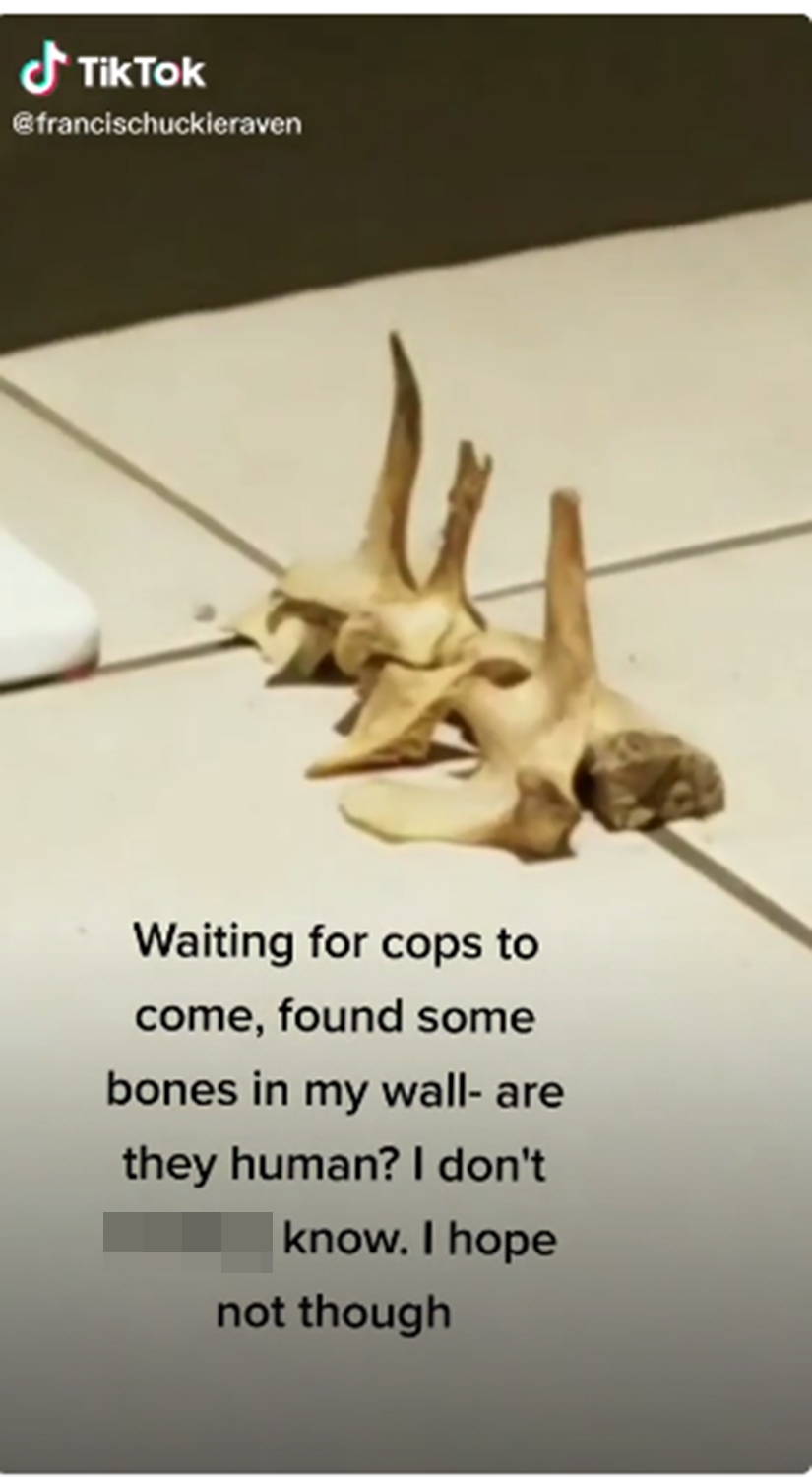 In the clip, @francischuckieraven said: "Waiting for cops to come, found some bones in my wall – are they human?

Over two million people have already watched the clip, with many sharing their thoughts on who they might belong to.

A number of people said the bones definitely weren't human while some said they belonged to a cow.

Regardless, their location behind the TikTok user's wall raised many questions.

One person wrote: "Looks like cattle bones, but normally not found in walls."

Another said: "Archaeologist here, not human. But very scary to see if you don't know what to look for. I've seen people think more random stuff was human."

A third chimed in: "Depending on how old your house is, it used to be common to put dead pets in the wall as a way for them to protect you and the house in the afterlife."

In a series of follow-up videos, the man, who claims to be a taxidermist, explained how he bagged up the bones and took them to police.

Wondering how they got in his wall, the TikToker began hypothesising that they may have fallen through a loft and began to become concerned someone could be living in his house and that he could be killed.

But the matter was put to rest when the police informed him the bones were actually from lamb chops.

"Just got a call back from the cops and the lady said, 'the results are in, they're lamb chop bones'," he said.

"So that was a complete waste of their time, but what am I meant to do? Why are they in my wall? I can't leave my wall bones there."

In December 2020, a woman was told to move out of her home "immediately" after finding a creepy doll's headed embedded into the wall of her new home.

The woman's sister posted the creepy snaps to Twitter, with users flocking to comment on how creepy the bizarre design concept was.

Posting under the name, The Only Living Dead Girl in New York, she wrote: "My sister moved into a new house and found this in the wall of her basement."

In a tongue-in-cheek follow-up, she added: "Thanks everyone for your overwhelming response to my sister's new baby."

The pictures show a weird plastic doll's head embedded into one of the concrete blocks in the basement.

Another said: "It's fun and games until it moves closer to the stairs with each passing day until she wakes up one night to the sound of a baby crying and when she opens her eyes that baby face is looking down at her from the ceiling that it is now trying to claw its way out of."

One braniac suggested the weird decoration was a "cellar baby".

The person wrote: "Those are cellar babies. In the late 60s/early 70s it was a trend in both NYC and California to embed doll parts in the walls of your house, including basements.

"Sometimes items were hidden inside of these as well, including newspaper clippings and (rarely) cash." 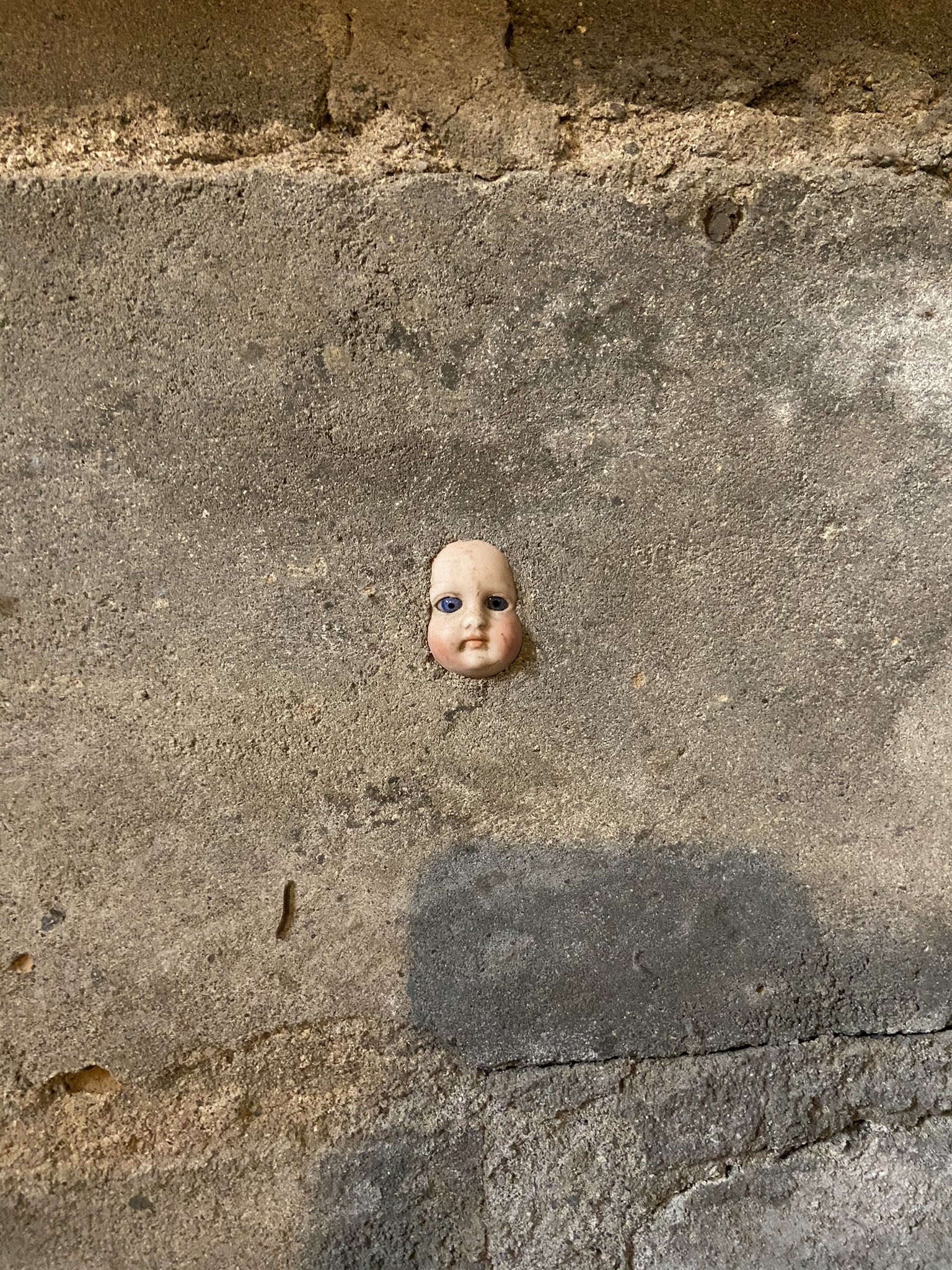