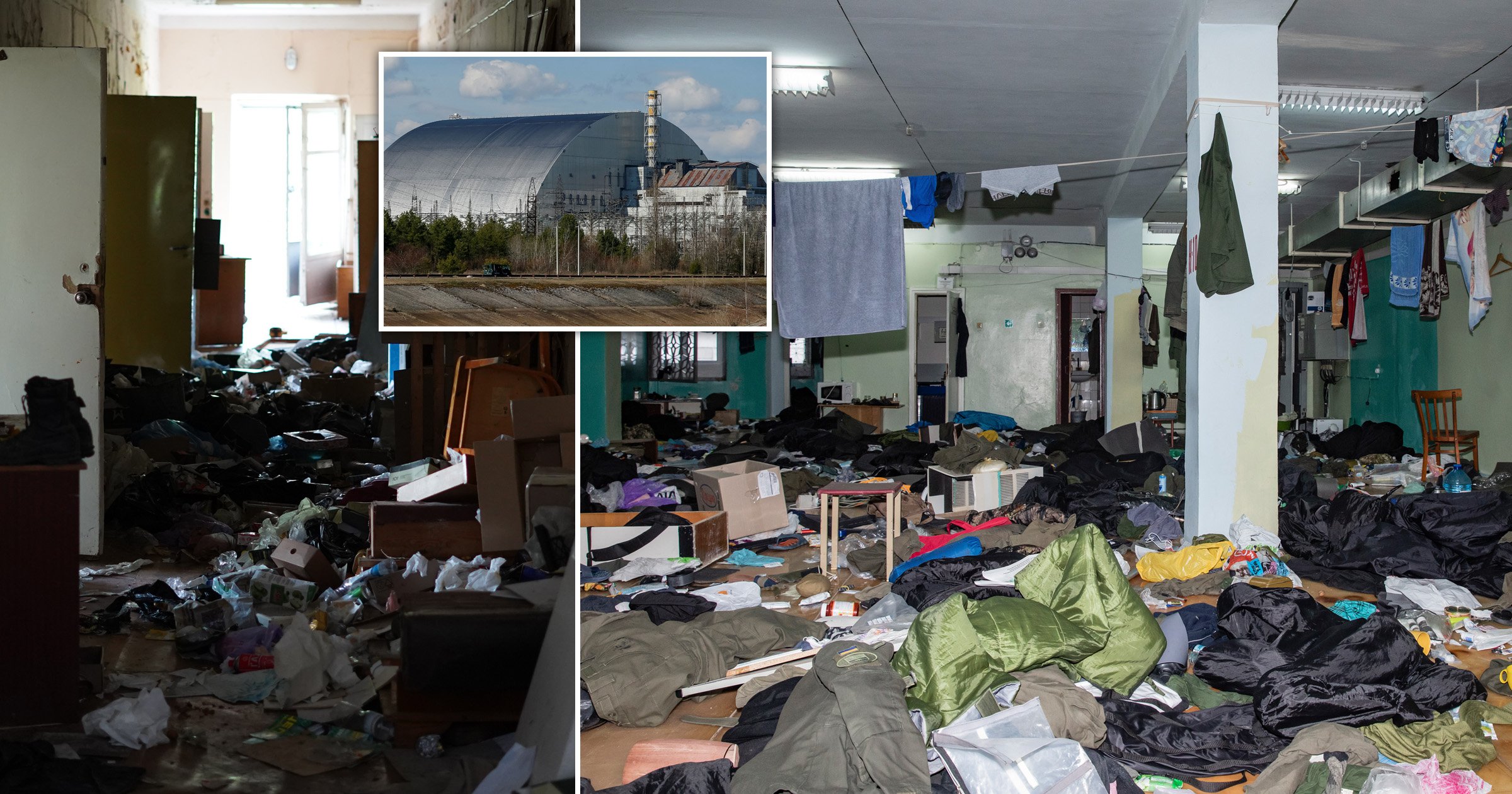 Russian forces ransacked Chernobyl, killed workers, kidnapped others and looted specialist equipment during their five-week occupation of the power plant.

They also killed nine of the plant’s workers, kidnapped five and subjected those who remained working at the plant through the occupation to hours-long shifts.

Chernobyl became the site of the worst nuclear disaster in history when the plant’s Reactor Number Four caught fire and exploded on April 26, 1986.

The blast shattered the building and spewed radioactive material high into the atmosphere.

Soviet authorities attempted to keep the meltdown hidden from the public and the world only learned of the disaster when heightened radiation levels were detected in Sweden.

An exclusion zone of 1,000 square miles was enforced around the site with the aim of restricting access to hazardous areas and reducing the spread of radiological contamination.

The plant has not produced power for years but before the invasion, nearly 6,000 workers worked at the site monitoring the lasting effects of the 1986 meltdown and processing spent nuclear fuel from other plants in Ukraine and Europe.

From the outset of the invasion Russian forces were accused of recklessly shelling Chernobyl and ‘digging in’ defensive positions within the exclusion zone.

The plant was one of the first places to be overcome by Russian forces, with soldiers seizing the area on February 24, the first day of the invasion.

Many workers had been evacuated from the site but those who stayed were forced to work almost relentlessly trying to keep the area safe.

Now the site is back under Ukrainian control experts are attempting to work out the extent of the damage done to the nuclear plant and what it means for the surrounding area in terms of nuclear contamination.

Yevhen Kramarenko, the director of the Chernobyl exclusion zone said while Vladimir Putin’s forces were occupying the site they were also stealing and systematically destroying equipment.

He said his team had been able to locate some of the stolen equipment fitted with GPS trackers in Belarus.

Among the stolen equipment were computers fitted with specialist software designed custom-made for Chernobyl.

Mykola Bespaly, 58, director of the site’s Central Analytical Laboratory said some of his team’s most important work to monitor radiation levels across the plant was almost impossible without it.

‘Now it is not possible to provide reliable information, whether the equipment is in working condition or not, because there is no software,’ he told The Washington Post

‘The Russians will not be able to use it because the software is unique, made specially for our devices.

‘I cannot say that they have caused damage to mankind, but certainly great economic damage to Ukraine,’ he added.

Leonid Bohdan, 59, head of the lab’s spectrometry and radiochemistry department who has worked at Chernobyl since 1986 said the Russian troops had ‘spoiled and plundered’ 30-years worth of work.

‘We will restore everything. It will all work again,’ he said.

‘But this is as if someone came to your house, saw that everything is well and beautiful, and therefore s***s on your white bed.’