PORT ARTHUR, Texas (Reuters) – Hurricane Laura roared toward the Gulf Coast on Wednesday afternoon as a massive Category 4 storm and was expected to cause catastrophic damage and “unsurvivable storm surge” along the Texas and Louisiana border, the National Hurricane Center said.

Laura, located 200 miles (320 km) south-southeast of Port Arthur on Wednesday afternoon, had maximum sustained winds of 140 miles per hour (220 km per hour) and was expected to pack winds of up to 145 mph (233 kph) before landfall on Wednesday night, the Miami-based forecaster said.

Some 620,000 people were under mandatory evacuation orders in Louisiana and Texas.

The catastrophic storm surge could penetrate up to 30 miles (48 km) inland from the coastline between Sea Rim State Park, Texas, and Intracoastal City, Louisiana, and could raise water levels as high as 20 feet (6 m) in parts of Cameron Parish, Louisiana, the NHC said.

“To think that there would be a wall of water over two stories high coming on shore is very difficult for most to conceive, but that is what is going to happen,” said National Weather Service meteorologist Benjamin Schott at a news conference. Most of Louisiana’s Cameron Parish would be underwater at some point, Schott added.

“The word ‘unsurvivable’ is not one that we like to use, and it’s one that I’ve never used before,” Schott said of the storm surge.

Temporary housing was being hastily organized outside the storm surge zone for evacuated residents, and emergency teams were being strategically positioned, state and federal emergency management agencies said.

While Houston had earlier in the week feared Laura would deliver a direct hit to the fourth-largest U.S. city, the storm has shifted east and Houston, which was devastated by Hurricane Harvey in 2017, looked likely to escape the worst of it.

Louisiana Governor John Bel Edwards said the state’s entire National Guard had been activated for the first time since 2012.

More than 420,000 Texas residents and another 200,000 people in neighboring Louisiana were under mandatory evacuation orders.

The oil-refining town of Port Arthur was at the center of where the NHC was forecasting Laura to make landfall. 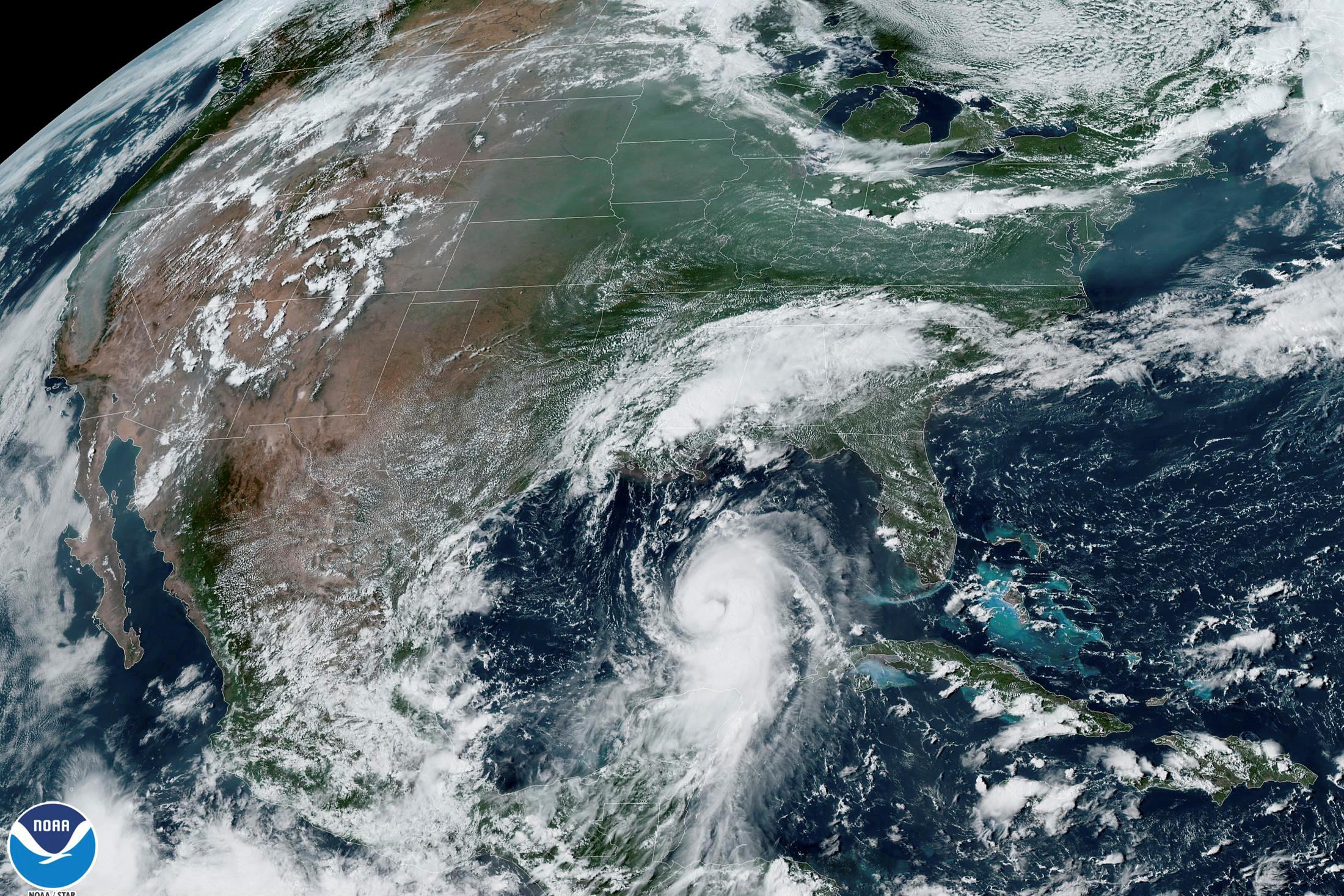 The city of 54,000 was a ghost town on Wednesday afternoon, with just a couple of gas stations and a liquor store open for business.

“People need their vodka,” said Janaka Balasooriya, a cashier, who said he lived a few blocks away and would ride out the storm at home.

The sky over Port Arthur was a gray blanket, with ominous dark clouds approaching out in the Gulf. Wind and rain came in cycles as the hurricane’s outer bands arrived.

Eric Daw, a 58-year-old Port Arthur resident, filled up his car at the Fuel Depot.

He said he wanted to evacuate earlier but lacked money for gas as he was waiting on a disability payment. He was headed to a shelter in San Antonio, a 4 1/2-hour drive, where instead of worrying about the storm he has to contend with COVID-19.

Laura was also expected to spawn tornadoes on Wednesday night over Louisiana, far southeastern Texas and southwestern Mississippi and drop 5 to 10 inches (127 to 254 mm) of rain over the region, the NHC said. It added there would likely be widespread flooding from far eastern Texas across Louisiana and Arkansas from Wednesday to Thursday.

Crude oil production in the Gulf of Mexico has been paralyzed as companies shut down operations. Output cuts are nearing 90%, a level not seen since Hurricane Katrina in 2005. 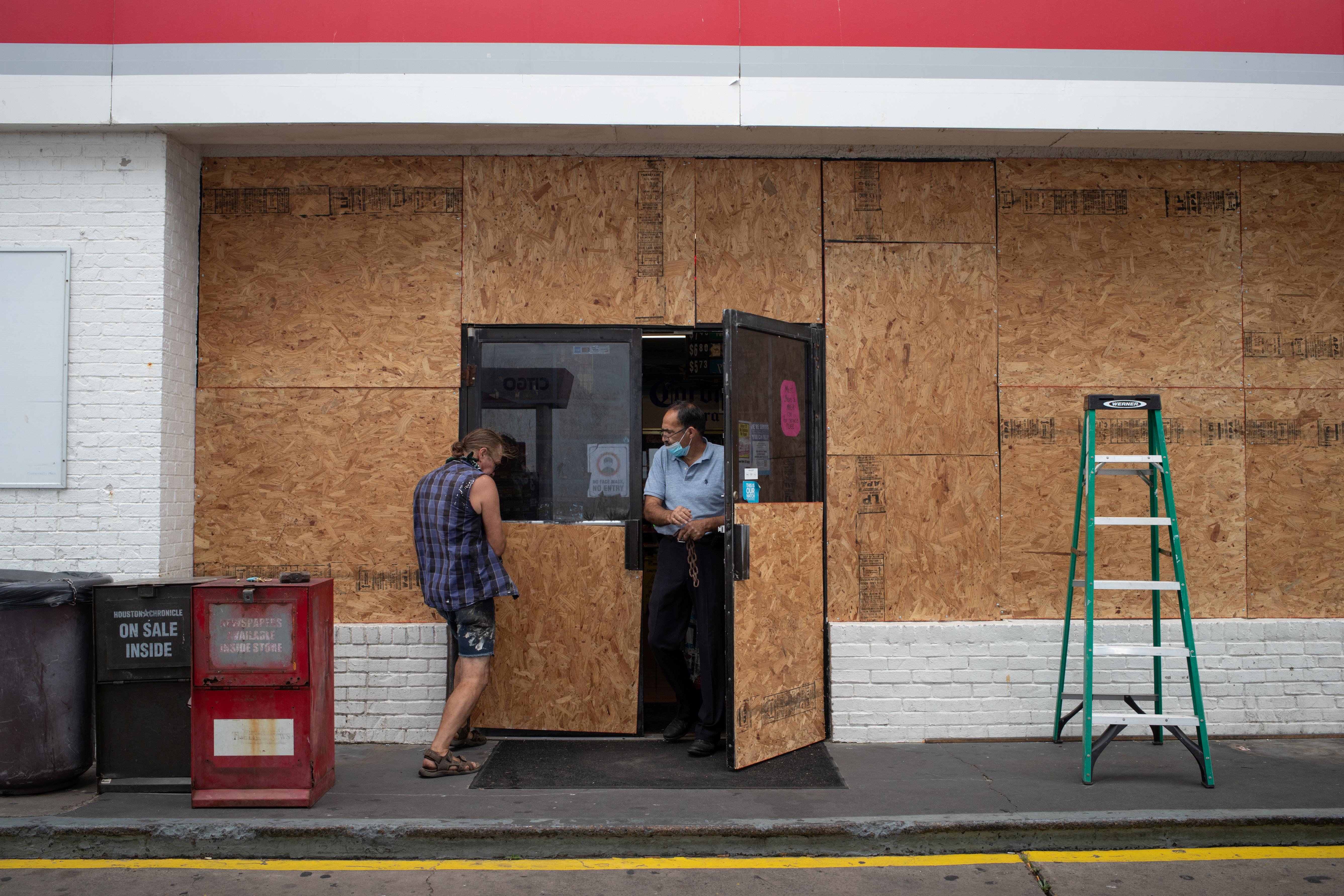 Hidalgo County urged voluntary evacuation in the coastal region surrounding Houston, and shelters were set up in San Antonio, Dallas and Austin. Thousands of evacuees would be sheltered at hotels in cities farther inland in Louisiana and Texas, authorities said, to encourage social distancing during the coronavirus pandemic.

Jared Brown, 39, was heading to a friend’s house in Austin from his home in Lake Charles, Louisiana, on Wednesday. He had decided that would be safer from viral exposure than a hotel, where he normally would have taken shelter.

“Luckily he didn’t mind,” Brown said of his friend.