A CRYPTOCURRENCY investor has revealed how he lost nearly £1million on Bitcoin but said he doesn’t spend time regretting it. 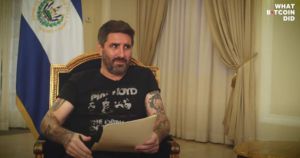 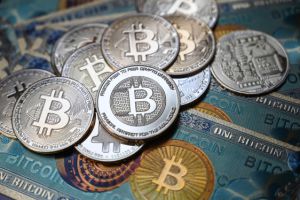 Peter first dabbled with Bitcoin in 2013 and made and lost a small amount of money.

Then in 2017, he decided to seriously invest.

In an article for the Guardian, he recalled first depositing £5,000 when bitcoins were about $600 (£450), buying seven or eight and spending the rest on other cryptocurrencies.

But he admitted he soon became hooked and ploughed in £23,000 in all.

Peter said: That is when I got a little out of control

“As excitement built, more and more people got involved, forming the conditions for a bubble.

“But many of us were too caught up in the hype to exercise caution.”

By the end of January 2018 the bubble burst and bitcoin’s value suddenly fell.

And over the rest of the year, it sank and sank to the point it was not even worth selling.

Yet despite all this, he does not regret a thing, because during this time he began the What Bitcoin Did Podcast.

And he kept his faith in Bitcoin telling the Financial Times he decided to put as much of my personal and business profits into the cryptocurrency as possible and just hold it over the years.

This has proved lucrative but he is reportedly tightlipped about his current wealth.

The risks of buying with cryptocurrencies

Investing and making a purchase in cryptocurrencies such as Bitcoin is risky .

You should also think carefully about making purchases with a cryptocurrency.

For example, Bitcoin has had wild price fluctuations in recent months and the price can change on an almost hourly basis.

These price swings are risky for a business as you could sell an item for a Bitcoin at one price and the value may drop soon after, leaving you with less money from a sale.

Similarly, the price of Bitcoin has soared by more than 21% since the start of this week so it can be hard for a shopper to get an accurate idea of the price of an item if its value changes on a daily basis.