A MOM who thought her toddler loved meeting a mall Santa discovered he was signaling for help after looking at a snap of his encounter.

Kerry Spencer had taught her kids to baby sign before they could speak so they could communicate while they were infants. 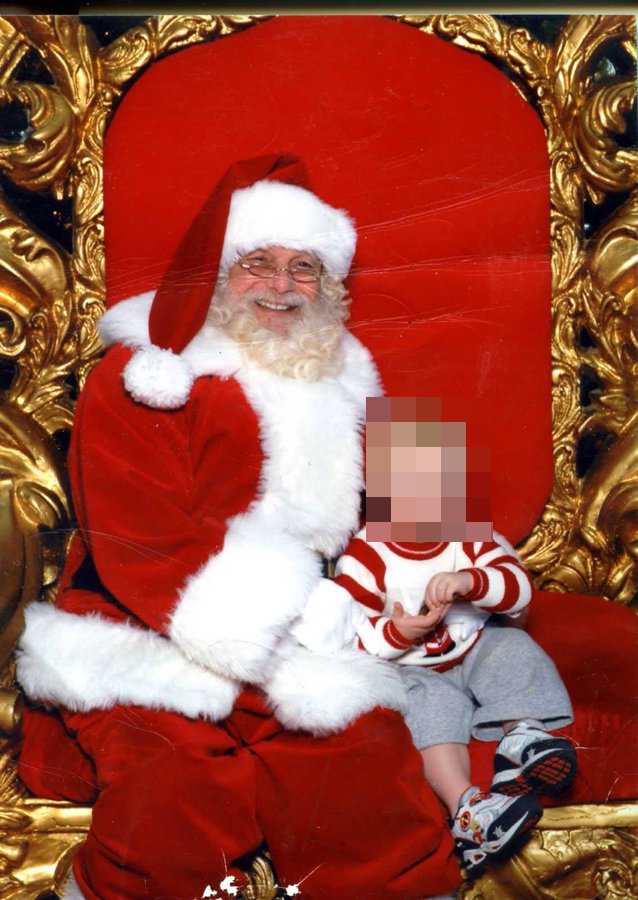 But she never expected one-year-old son, Samuel, to use his skill to send out an S.O.S while sitting on Santa’s lap.

Terrified, the toddler resorted to using his baby version of ASL to sign “help” to his mum while the photographer at the Provo Town Center Mall in Provo, Utah, snapped a picture.

Kerry told TODAY parents: “I was standing to the side when the pic was taken and actually didn’t see that he was signing for help until I saw the photo.

“Poor buddy didn’t love Santa very much, ever really. So we didn’t try to get him to go much after that.”

For several years now, Kerry has posted the hilarious photo of Samuel on Facebook.

She said: “We all laugh at the photo now. Posting it is one of our favorite family traditions."

Woman jailed for having cocaine-fuelled sex with an Alsatian

She said: “Strictly speaking, his thumb should be up, not sideways.

“Babies learning to sign often mispronounce words, but it is the sign he always made when he needed help.”

Given his distress, that was Samuel’s last real interaction with Mall Santa.

And now, a teenager, and neither he nor his younger sister Lily are fans of Father Christmas.

But, Kerry added, they do not mind the presents he leaves.