A SINGLE mum has slammed Scrooge council workers who charged her £400 for fly tipping – after she left a cardboard box next to her bin.

Lizzy Lawton put the carrier next to her wheelie bin to be collected as she never received a recycling box. 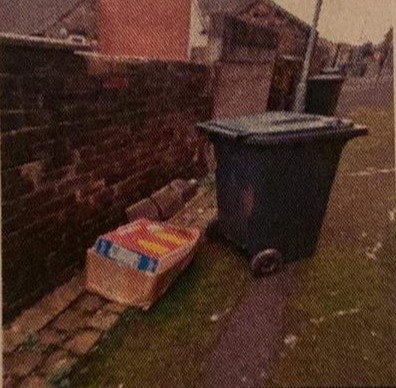 But the mum was stunned when the penalty charge notice was posted through her letterbox in Stoke-on-Trent.

Samantha Arden, who is gran to Lizzy's five-year-old son, has now hit out at the council, who have since cancelled the fine.

She told StokeonTrent Live: "It's not right, it is so close to Christmas and Lizzy has very little income.

"It's also my grandson's fifth birthday and she has got both to think about.

"It's a big chunk of money when she has my grandson's clothes and bills to pay for.

"My grandson has a rare gene issue and he's constantly needing things and new clothes.

"It's one box, surely they could just take it. It doesn't make any sense, it's ridiculous. The council should be ashamed of themselves.

"If they had provided her with a recycling box in the first place then it wouldn't have been there."

She instead left the cardboard container next to her wheelie bin in the hope workers would remove.

But when she returned home from the school run, she discovered she had been slapped with the £400 fine.

She said: "You’d think that the council could be a little charitable, but no the Scrooge’s expect her to find £400 for a cardboard box."

A spokesman said: "We have reviewed the evidence around this, and as a gesture of goodwill, we will withdraw the penalty notice on this occasion.

"We must stress however that there are dedicated collection points for residents to leave their recycling waste." 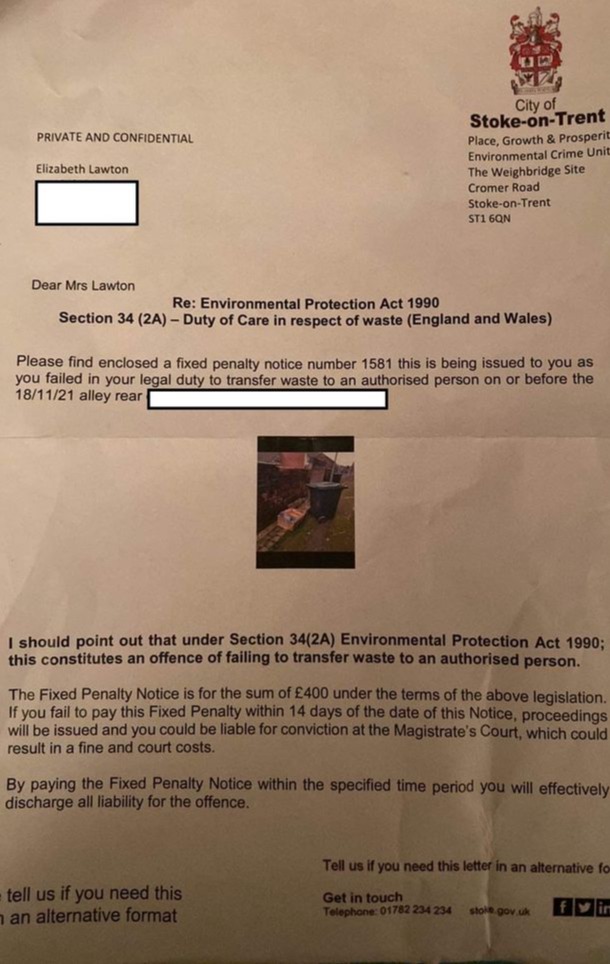