Hello, Your Monthly Horoscope for December Is Here 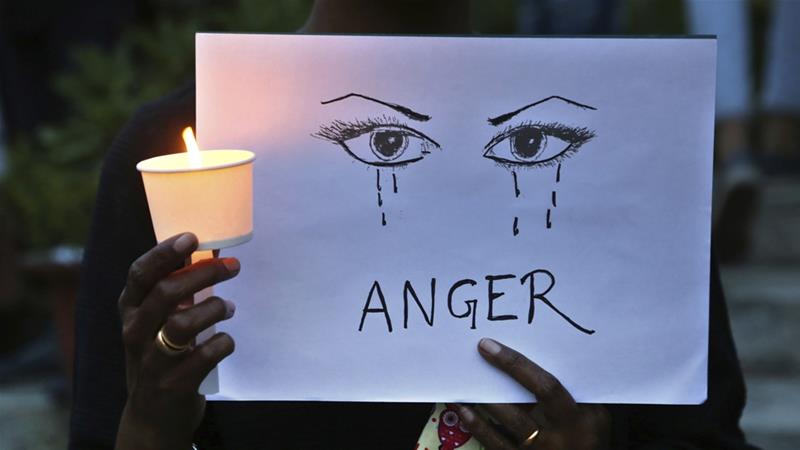 Srinagar, Indian-administered Kashmir – Six men have been convicted in the infamous case of gang rape and murder of a young girl from a Muslim nomadic tribe in 2018 that provoked horror and stoked interreligious tensions.

A special court in Pathankot in India’s northern state of Punjab on Monday found the men guilty of the rape and murder of the eight-year-old girl in Kathua village of Indian-administered Kashmir last year.

The six Hindu men were due to be sentenced later on Monday.

The barbarity of the case came to the fore in a 16-page charge sheet presented by the crime branch – a special wing of the Jammu and Kashmir police – in April last year.

The investigation had revealed that the rape and murder were systematic, preplanned and rooted in religious hatred harboured by Sanji Ram, a Hindu, against the Muslim nomadic community of Bakarwals – a tribal community.

As the incident had created communal tension in the restive region last year, authorities made elaborate security arrangements at the court complex in Pathankot and Kathua in the run-up to the verdict.

Charges of rape and murder were framed by the district and sessions judge against seven of the eight accused, all Hindus.

The trial against one of the accused – a juvenile – is yet to begin as his petition on determining his age is to be heard by the Jammu and Kashmir High Court. Another accused was acquitted by the court on Monday.

The accused face a minimum sentence of life imprisonment and maximum the death penalty. However, the argument on the quantum of punishment is yet in progress and is likely to be announced later on Monday.

The nomad girl, who enjoyed taking horses for grazing in the forest near her home, was abducted by eight people with an aim to drive the minority Muslim community out of the village, according to the police investigation.

In captivity inside a temple, the girl was heavily sedated and gang-raped by at least three men over the course of four days, the police probe stated. The report described the victim as an “innocent budding flower, a child of only eight years of age, who being a small kid became a soft target”.

The crime, however, was rooted in a conspiracy and the girl’s rape and killing were the means to an end – create fear among the Muslim nomadic Bakarwal community and force them to leave, according to the police report.

The girl was raised by her maternal uncle, Mohammad Yusuf, who adopted her when she was a toddler and the family lived in Rasana, a Hindu-majority village in the southernmost Jammu region.

Three police officers were also involved in destroying the evidence, the report said.

The incident, which initially appeared to draw a reluctant outrage, snowballed into a major crisis for India’s ruling Hindu nationalist Bharatiya Janata Party (BJP) after two of its ministers rallied in support of the accused.

However, after the details and motives of the rape and killing came into the public domain, street protests rocked the Muslim-majority region in Kashmir. Thousands of people also rallied in support of the victim in several parts of India.

Following the incident, the Indian Parliament in August last year passed stringent legislation prescribing the death penalty to those convicted of raping girls below the age of 12 years and making the law against such sexual offences harsher.

Celebrities
The Prince and Princess of Wales surprised sports fans on Wednesday as they made an appearance at a Boston NBA...
Lifestyle
Add These Dates to Your GCal: Let’s start out with the good news, cosmic cuties—you made it through eclipse season!...
TV & Movies
TOWIE bosses have confirmed the future of the hit ITVBE show is bright. The hit show will celebrate its 12th...
World News
A MUM left without heating for almost a month claims the council told her to use her kettle for hot...
Beauty
The Rookie: Feds actress Niecy Nash, 52, always looks incredible and recently shared the secret to her confidence. MORE: The...
Fashion
IT seems like every Christmas people are finding increasingly inventive ways to make their houses stand out among the festive...
Recent Posts