SCIENTOLOGY has come under fire in recent years after shocking allegations including a forced abortion, slave labour and physical abuse.

Now there is speculation that poster boy Tom Cruise is "drifting away" from the religion after 31 years as one of the group's leading advocates. 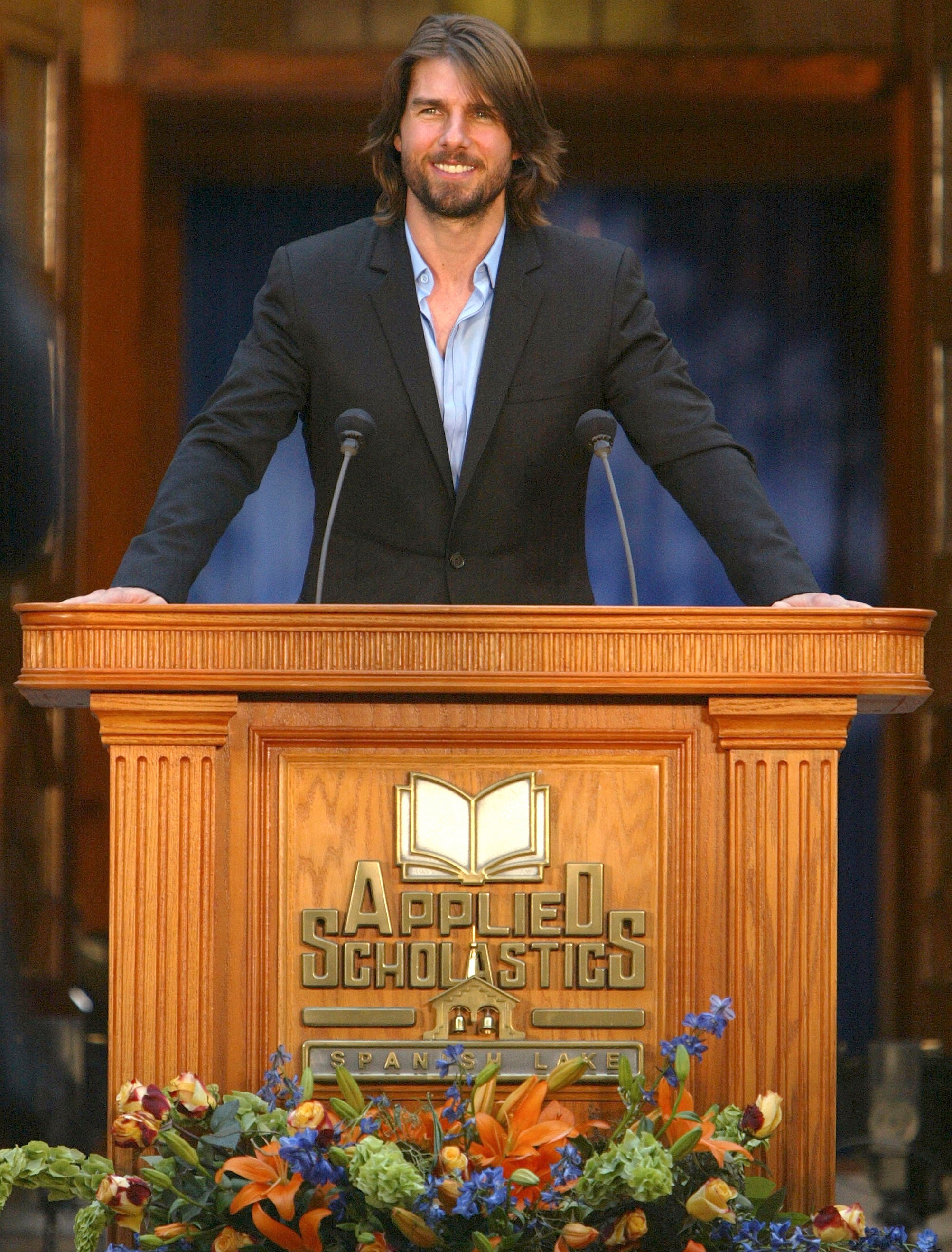 Earlier this month, The Sun was told the actor spent less time at the Church of Scientology mansion where he used to "like to relax" while filming Mission: Impossible 7.

The claims fuelled suspicions about the actor's commitment to the religion, which he became involved in through his first wife Mimi Rogers in 1990.

Scientologists believe humans are immortal spirit beings that have lived countless lives in the past.

By cleansing themselves of life's traumas – through 'auditing' and courses that cost thousands – they hope to unlock special powers and abilities.

At one point the church claimed there were 15 million Scientologists in the world, however, most estimates place the number in the tens of thousands.

Since the group was founded by science-fiction writer L. Ron Hubbard in 1954, it has been a lightning rod for alleged controversies.

The highly secretive group, which was recognised as a religion in the UK in 2013, has always denied claims made against them. 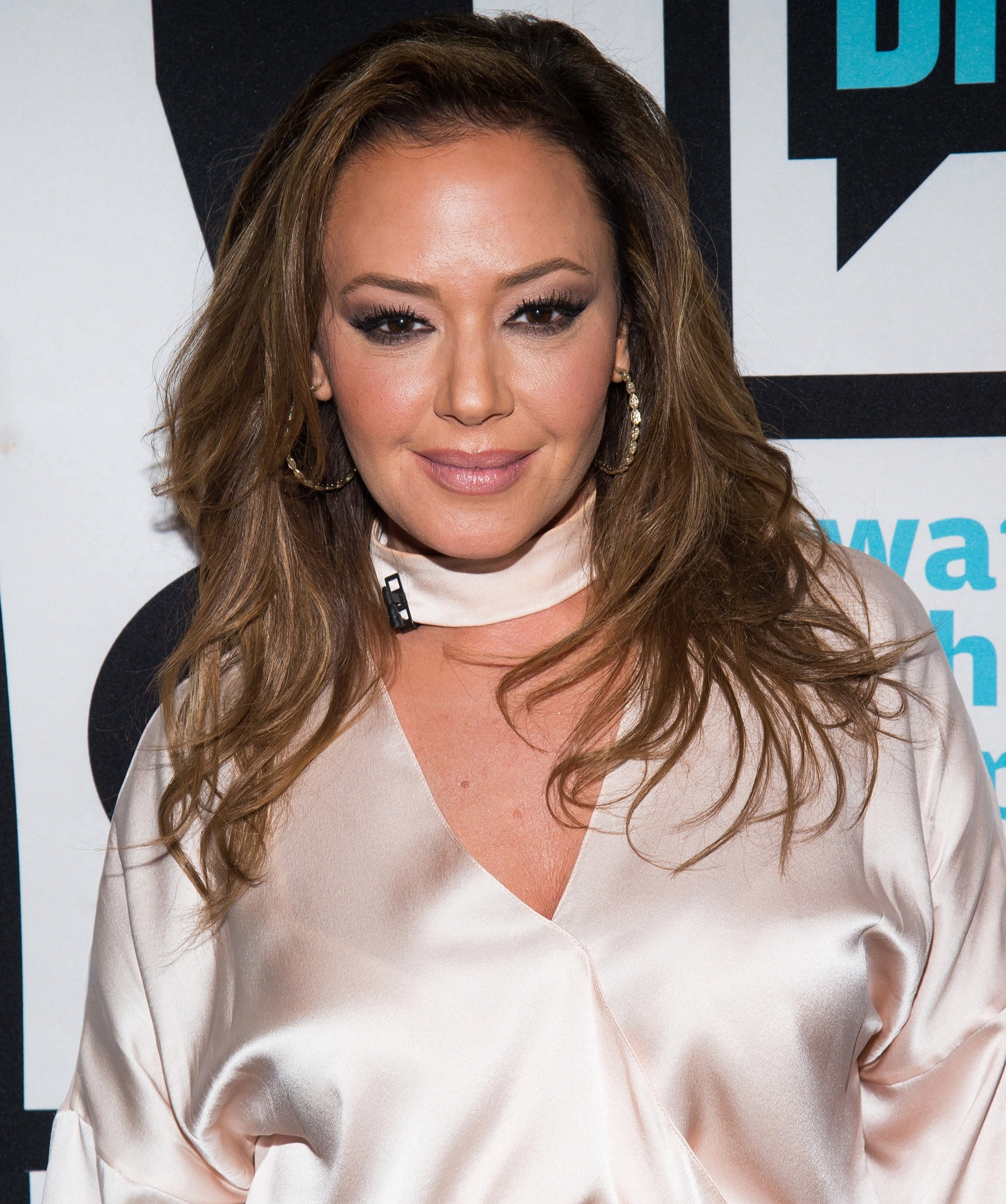 For actress Leah Remini, Scientology was a religion she "believed in wholeheartedly" for 34 years – until she fled after becoming disenchanted.

She was around eight years old when her mother joined the group and over the years Remini “donated thousands of dollars” to put friends through Scientology programmes.

The TV star, who later wrote a book and filmed a documentary series about her experiences, claimed Cruise knew a lot of the problems with the church.

In 2018, Remini told the Daily Beast: “He is very aware of the abuses that go on in Scientology… He's been part of it.”

The Church of Scientology rejected all of her claims and branded them "false". 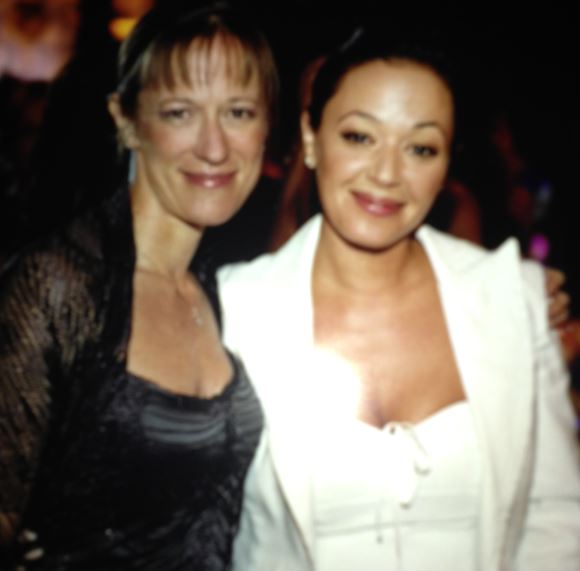 Remini left the church in 2013 shortly after raising concerns about member Shelly Miscavige, the wife of Scientology leader David Miscavige.

The actress filed a missing person report to police and claimed Shelly had not been publicly seen since 2007.

It was claimed that Remini was then subjected to “an unbelievable torrent of attack”, after asking where the woman was.

Six years later, Los Angeles Police Department said they made contact with Shelly but would not confirm whether they saw her or spoke to her on the phone.

The Church of Scientology branded Remini's claims "just harassment" and said Shelly was not seen as she had been working "non-stop".

In Remini's docu-series Scientology And The Aftermath, she said: “When you stop f***ing with people’s lives and families, I’ll stop too.” 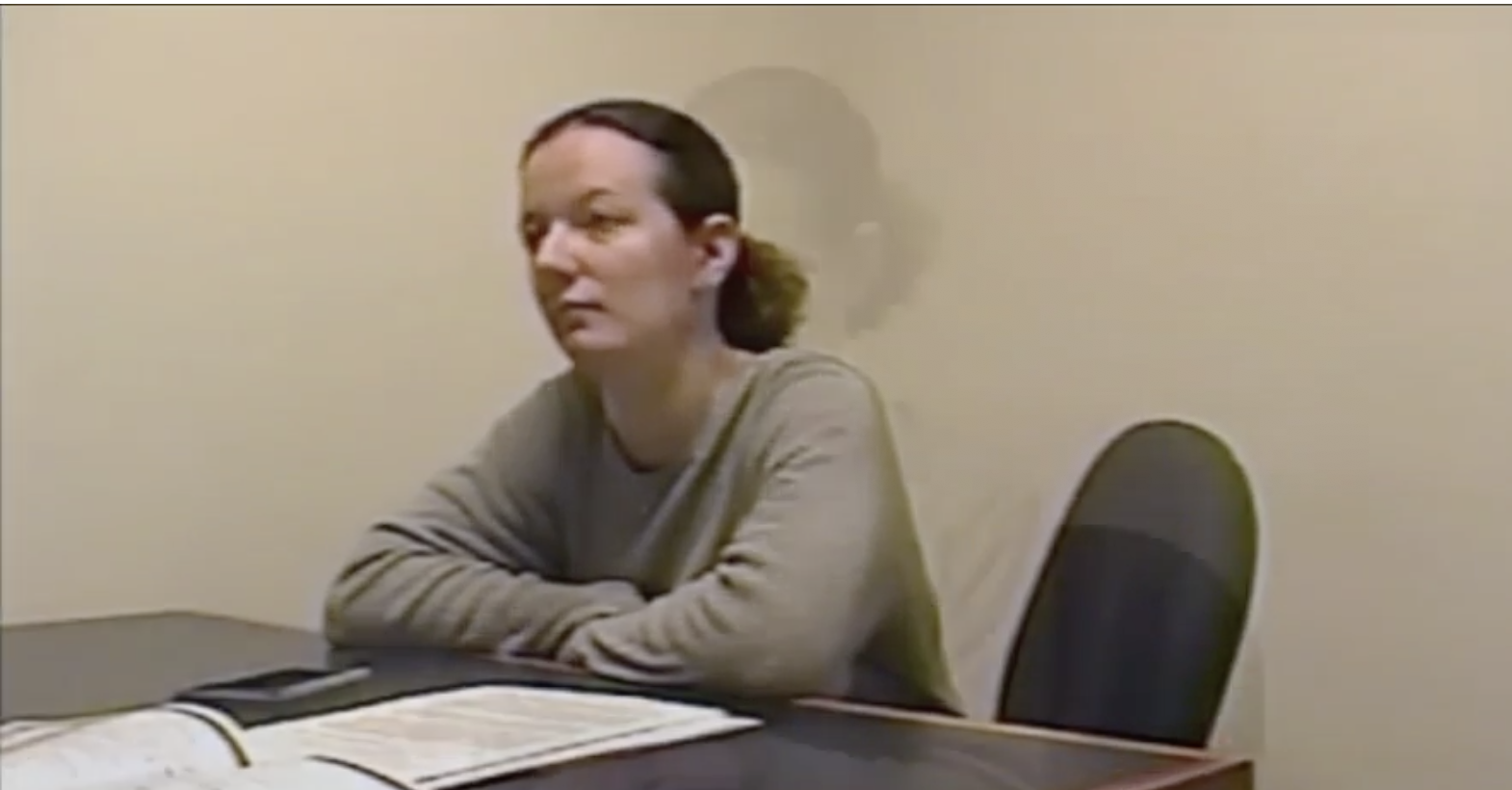 Laura DeCrescenzo, a member from 1991 until 2004, signed a “one-billion-year contract” that pledged her service to the group at the age of 12.

She claimed to have been “coerced” into having an abortion at 17 due to the group’s beliefs and said she was advised it was for the “greatest good”.

DeCrescenzo claimed she was forced to perform "slave labour", while working for Sea Org – a branch of the group that spreads the religion worldwide.

She left the church at 25 years old after she faked a suicide attempt by drinking bleach in front of another member, ABC 7 News reported.

In 2009, DeCrescenzo filed a lawsuit against the church and after nine years they settled out of court for an undisclosed sum – both side's lawyers refused to comment further on the case.

But in court papers filed on behalf of the Church of Scientology, they refuted her claims and presented accounts from her 13 years in Sea Org.

The group prohibits active members of Sea Org from having young children but they insisted DeCrescenzo could have left at any time.

In 2019, three lawsuits were filed against Scientology – including some that alleged forced labour, human trafficking and the sexual abuse of children.

Brian Kent, the attorney for one claimant, alleged the church sought to "cover up its long history of physical, emotional and sexual abuse of its members".

He claimed the religion had "weaponised its doctrine against those who escape and find the courage to speak up".

The church dismissed them as "nothing more than unfounded allegations" and "accusations that have been disproven in courts decades ago".

They told NBC News: "We are confident the lawsuit will fail."

Two of the cases were dropped last year and in response, the church told the Tampa Bay Times: “The dismissal of this matter was inevitable.” 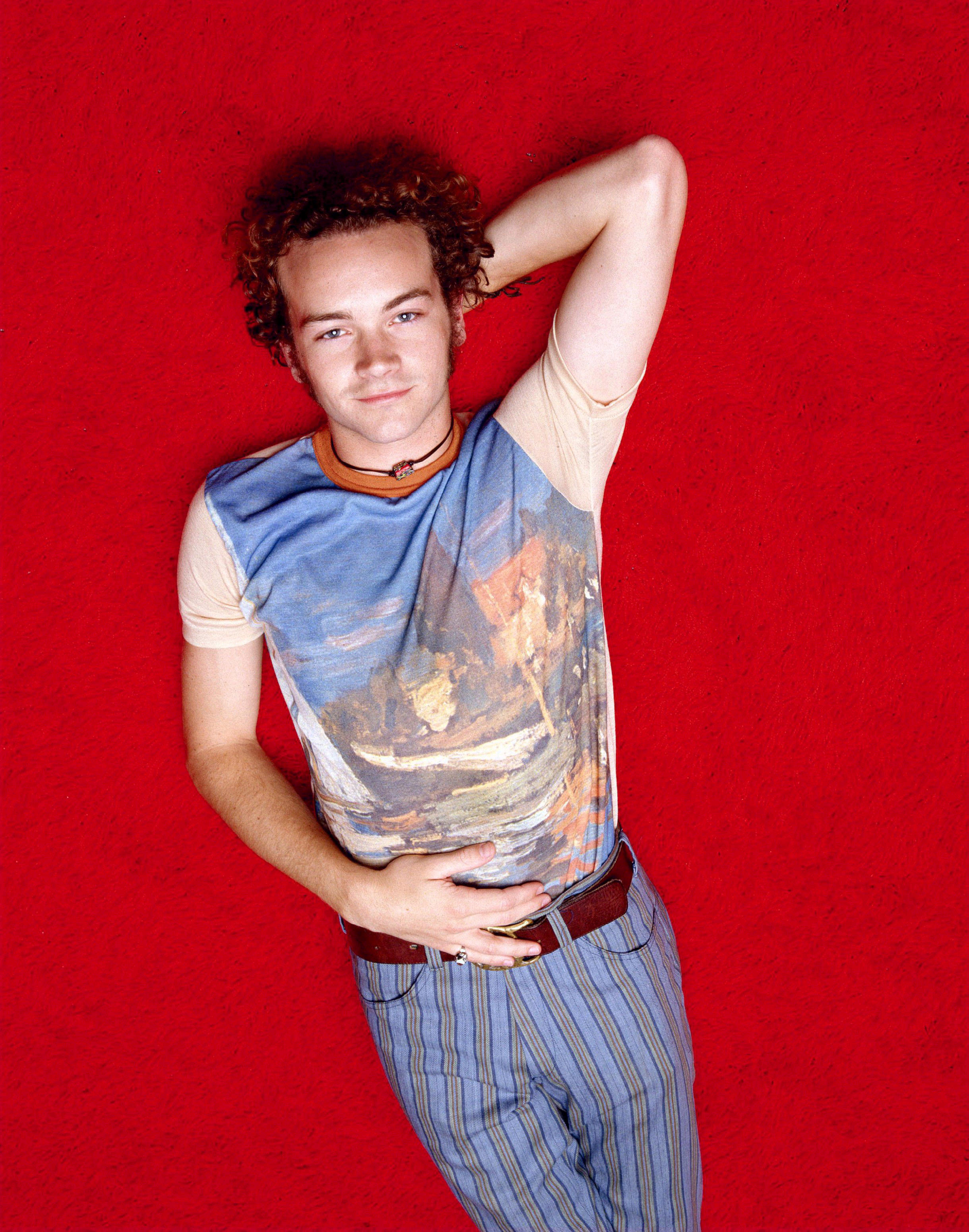 Other claims continue to be made, including several against the actor Danny Masterson, who is accused of three counts of rape.

The Scientologist, who starred on That ‘70s Show, has strongly denied all of the allegations, which were made by two 23-year-olds and a 28-year-old.

Thomas Mesereau, Masterson's attorney, said his client had consensual sex with the women and would prove his innocence in court, in November. 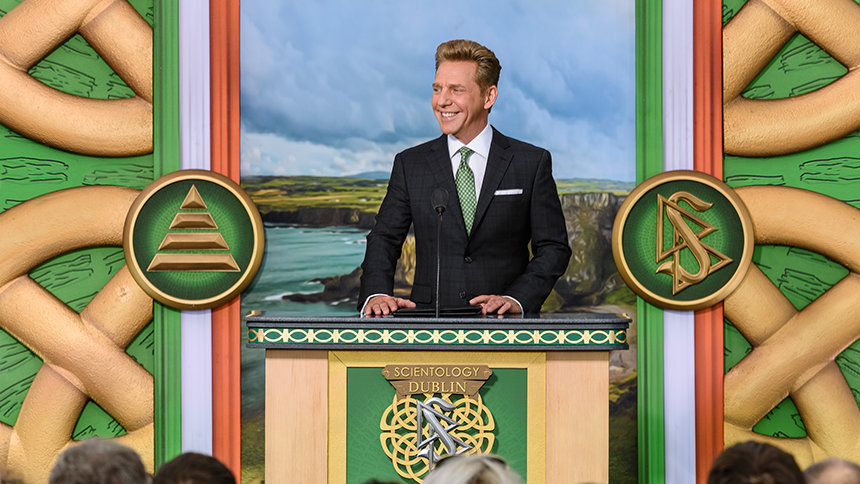 In 2010, several ex-Scientologists alleged there was a “climate of violence” during their time in the church while being interviewed by Anderson Cooper.

Jeff Hawkins accused leader Miscavige of leading a “whole physical violence kick” and claimed he was “beating people up”.

Hawkins, the group's former marketing guru, said: “[Miscavige] launched himself across the table at me… battered my face and then shoved me down on the floor.”

The Church of Scientology strongly denied the allegations and claimed Cooper had ignored materials provided by the group and refused to speak to their officials. 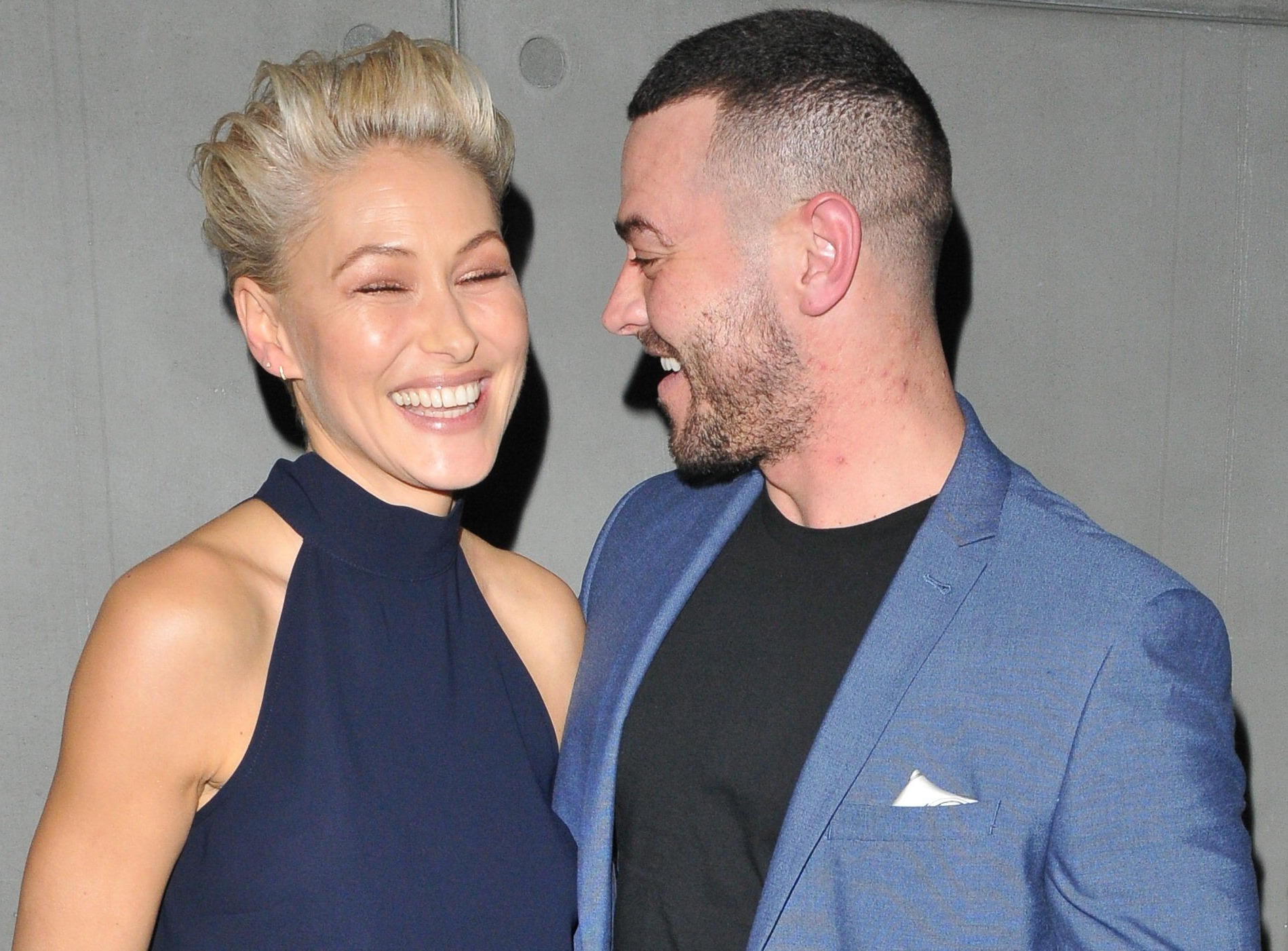 Celebrities have spoken against the religion too including Busted’s Matt Willis who told previously The Sun he was recruited after leaving rehab.

Earlier this year, he said: “I was an idiot who got hoodwinked by some guy with a fairground trick.”

Willis paid for books and courses and slowly became distanced from those who cared about him – including his presenter wife Emma Willis.

He claimed members said “friends and the people closest” to him were the “problem” that prevented him from reaching his true potential.

They suggested there was someone in his life who was “actually draining him” and later revealed that “negative force” was often a person the member was closest to.

Willis feared they referred to his wife and believed they were trying to get him to end his marriage.

After a fallout with one of the church's leaders, he left the religion.

He refused to pick up his phone for a month and was hounded by hundreds of calls, which he believed were from Scientologists.

The church did not respond to Willis' claims. 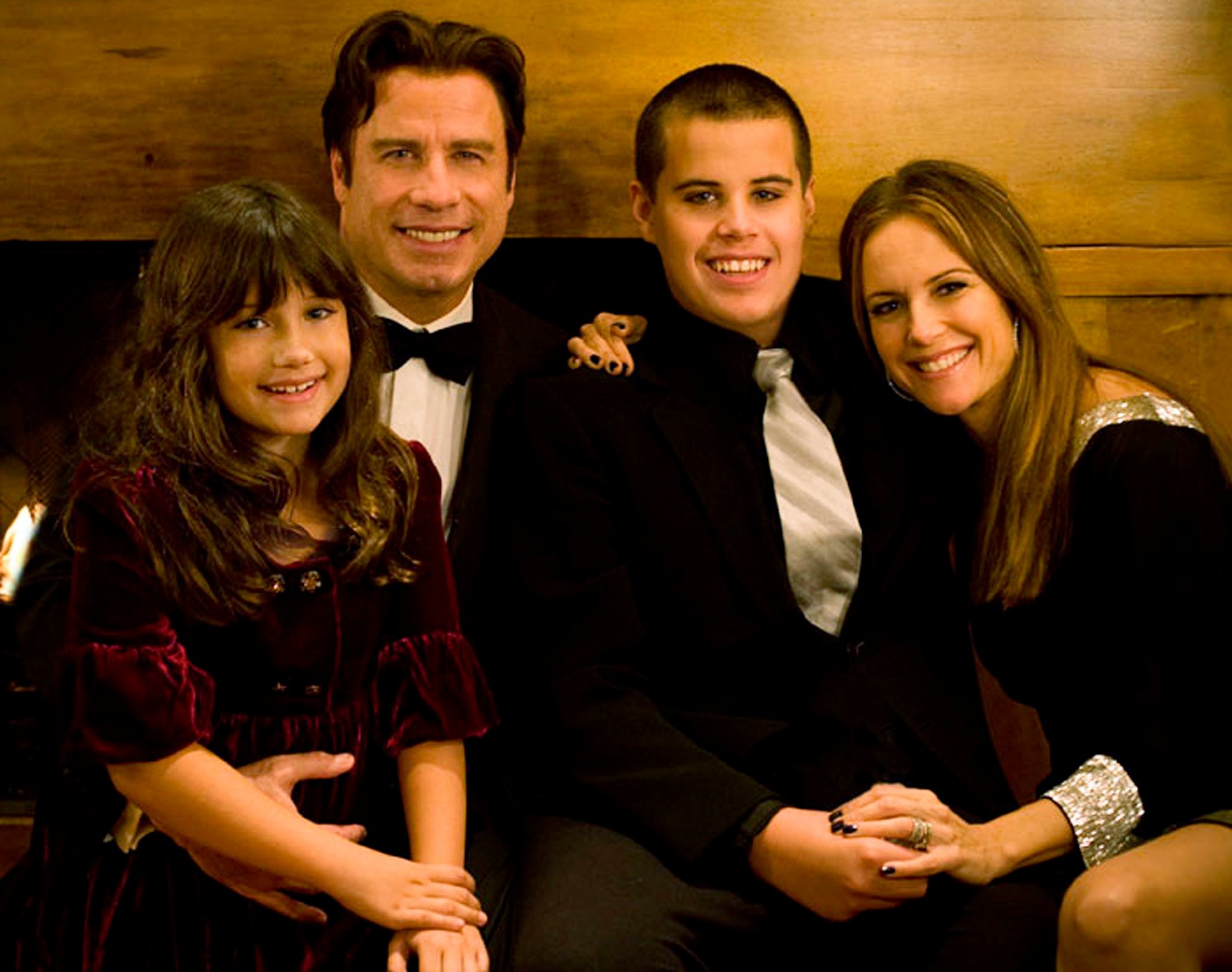 There are also alleged links between the church and the death of John Travolta’s son Jett in 2009, who passed away during a family holiday to the Bahamas.

The 16-year-old, who had autism and Kawasaki syndrome, died after a seizure caused him to fall and hit his head on a bathtub.

A Scientology expert told the New York Post that the church could have discouraged his parents from giving the teenager anti-seizure medication.

They claimed the church believes people with disabilities can cure themselves by studying their teachings.

Travolta's lawyers told TMZ that Jett used the anti-seizure drug Depakote before it was stopped on medical advice.

At the time, a spokesperson said: "Scientologists use medical drugs when physically ill and also rely on the advice and treatment of medical doctors"

Much of the insight into the Church of Scientology comes from defectors and apart from positive material released by the group very little is known.

Their public image is staunchly defended by members and many who speaks out face the “attack the attacker” policy.

In a 1966 Office Policy Letter by the group’s founder, Mr Hubbard urged followers to employ hostile tactics to discredit witnesses and accusers.

Use their blood, sex, crime to get headlines…

He suggested members should use in-house investigators to find out about any past crimes or issues about their accusors.

In the document, he said members should “make it rough…” for them and in court should “banish all ideas” of a fair trial.

One extract read: “Use their blood, sex, crime to get headlines… There has never yet been an attacker who was not reeking with crime.

"All we had to do was look for it and murder would come out.”

Wikipedia blocked Church of Scientology internet networks from being able to edit pages in 2009.

It followed years of clashes with members from the group who removed criticism about the church.

They included claims that the group was a cult, which a Scientology spokesperson rejected and it was an "issue [that] was settled long ago".

In response to the ban, she told ABC News: "People have conflicts on Wikipedia all the time, and it's obvious why – anybody can post."

This was the first time the online encyclopedia took action against a single group.

The claims were launched after former members bought equipment, vitamins and books, which they claimed did not work.

Celebrities
Jennifer Aniston knows how to rock a red carpet, but even the 52-year-old Morning Show star has another A-lister she...
Lifestyle
Love Love Island? Our Factor 50 email brings all the goss direct to your inbox Love Island star Megan Barton...
TV & Movies
Emmerdale’s Bernice Blackstock has seemingly ditched her controversial wig, and fans couldn’t be more delighted. The soap stalwart, portrayed Samantha...
World News
Three people have died following an explosion in the green zone of Afghanistan's capital Kabul.While no group has claimed responsibility...
Beauty
After a few months of what seemed like the light at the end of the proverbial tunnel, the ultra-contagious Delta...
Fashion
On Rihanna’s latest night out, she hit up a bowling alley and restaurant in New York City with boyfriend, A$AP...
Recent Posts