Tehran has flexed its military power by insisting it is ready for full-scale warfare should its relationship worsen with the West. Iran’s Foreign Minister, Mohammad Javad Zarif, said: “Whoever starts a war with us will not be the one who finishes it.” Mr Zarif went on a scathing rant at Washington and its Saudi Arabian allies, and heavily criticised its past interferences in the middle east.

In an impassioned speech he said: “Was it us that gave arms to Saddam Hussein? Did we support Al Qaeda? Did we imprison the prime minister of Lebanon? Are we bombing Yemeni civilians every day?

“Did we support ISIS and the Jabhat al-Nusra in Syria, or were American weapons provided by Saudi Arabia?”

The huge outburst comes amid a growing dispute with Washington, which emerged after the US pulled out of the landmark 2015 Iran nuclear deal last year. 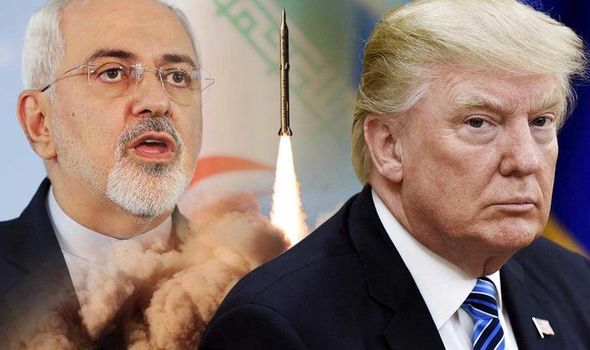 The treaty aimed to curb Tehran’s nuclear ambitions in return for relief from sanctions.

The US imposed new sanctions on Iran at the start of May, ordering all countries and companies to halt all imports of Iranian oil or be banished from the global financial system.

Last week during his three-day visit to the UK, US President Donald Trump admitted “there’s always a chance” the US would need to take military action. 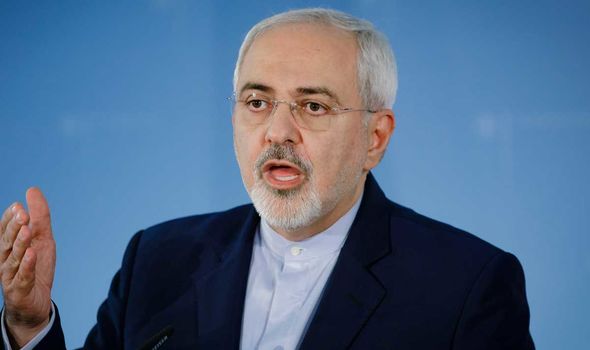 However, Mr Trump told Good Morning Britain he would “much rather talk” with Iranian officials.

The Iranian Foreign Minister made his warning on Monday alongside his German counterpart, Heiko Maas, who acknowledged the nuclear deal “is in an acute crisis”.

The German Minister, who traveled to Tehran to try and salvage the treaty, added: “The nations with atomic weapons need to shoulder their responsibilities for disarmament better, and at the same time we need to prevent further countries from obtaining nuclear weapons.”

Following the collapse of the agreement, Iran has outlined its intentions to quadruple its production of enriched uranium.

The UN nuclear watchdog is closely monitoring the situation and is hoping for a resolution between the two world superpowers.