Thompson is an enormous figure in sports, an athlete who went on to break barriers as a Hall of Fame basketball coach. A native of Washington, DC, Thompson went to college at Providence and was part of the team that won the 1963 NIT championship. In 1964 he helped Providence reach the NCAA tournament for the very first time, and was also an All-American.

He graduated in 1964 and played two seasons for the Boston Celtics, backing up Bill Russell and winning two championships before retiring in 1966 and becoming the coach at St. Anthony High School in DC.

Then Georgetown came calling in 1972. Within three years that 3-23 team had made the NCAA tournament, the first of 20 times they’d participate over Thompson’s 27 years as coach. Georgetown made it to the Final Four in 1982, and in 1984 he became the first Black coach to win the NCAA tournament. The following year they were defeated in the national championship game by Villanova. 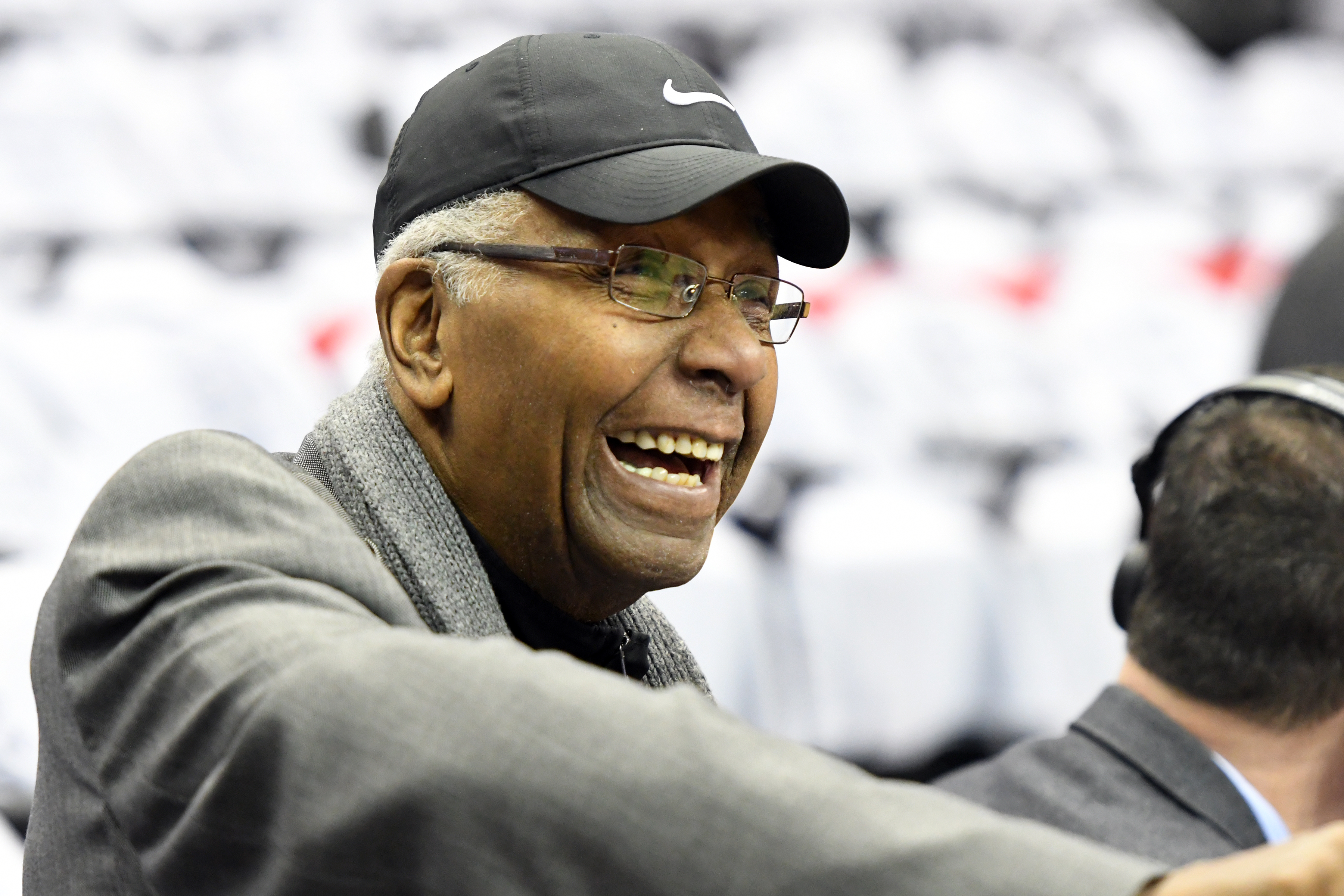 Thompson amassed a 596-239 record at Georgetown, and 97 percent of his athletes stayed in college for all four years to earn a college degree — but that doesn’t mean he didn’t coach a ton of amazing NBA players. Hall of Famers Patrick Ewing and Allen Iverson were both first overall picks. Alonzo Mourning was a second overall pick and Dikembe Mutombo was picked fourth. All told, 26 players were selected for the NBA draft during Thompson’s tenure.

Thompson made a tremendous impact

As people woke up to the news on Monday morning, tributes began pouring in on social media. Georgetown winning the 1984 NCAA championship was a cultural event, and Thompson meant a lot to many people.

“He was larger than life for Black people, for mankind, for social justice,” he said.

Allen Iverson, who played for Thompson for two years at Georgetown before declaring for the NBA draft, thanked Thompson less than 90 seconds into his Hall of Fame enshrinement speech.

“I want to thank Coach Thompson for saving my life,” he said while fighting back tears.