Lawyers for Vinaccia, who was convicted in 2019 of shaking his girlfriend’s baby to death and jailed for 8½ years, had argued shaken baby syndrome was pseudoscience and that a pre-existing medical condition could have accounted for 3½ month old Kaleb Baylis-Clarke’s death. 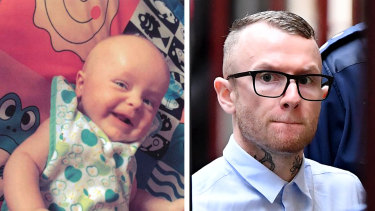 But on Tuesday, two out of three judges refused the application for leave to appeal the conviction. Justice Terry Forrest and Justice Karin Emerton said Vinaccia had run out of time to have an appeal heard.

The third judge, Justice Kristen Walker, said she would have granted an extension of time requested to file an appeal.

The Court of Appeal heard eight days of complex, highly technical medical and scientific evidence from international and local experts last year as lawyers for Vinaccia’ argued he was the victim of a miscarriage of justice.

The scientific basis of shaken baby syndrome has been used for more than 50 years to diagnose and prosecute child abuse and homicide deaths.