Kate Walsh made her highly anticipated return as Dr. Addison Montgomery on season 18 of "Grey's Anatomy" in October 2021. And while it's apparent how the "Grey's" universe felt about her comeback (extremely excited), the actor is opening up about her personal experience of revisiting her character on the long-running series.

During a phone interview with TODAY, Walsh shared that coming back as Addison and the set of "Grey's Anatomy" at large was like coming home, mentioning that the show is "a piece" of her at this point.

"It's like going back to like your hometown," Walsh said during the interview. "That’s the me that I used to be (and) I still am, to some extent.”

Prior to returning to the show last fall, the actor hadn't graced the "Grey's" stage as a guest star for nine years. As viewers know, a lot can change on the medical drama show in a moment's notice, let alone over the course of nearly a decade.

Walsh left her main role as Addison in 2007 to create her own medical drama show, “Private Practice,” which ran for six seasons. In addition to guest star appearances on “Grey’s Anatomy” over the years, Walsh has been in everything from “Fargo” to “13 Reasons Why” and most recently, the escapism that is known as “Emily in Paris.” She’s also recently partnered with SYSTANE, an eye-drop solution used to relieve symptoms caused by dry eyes. 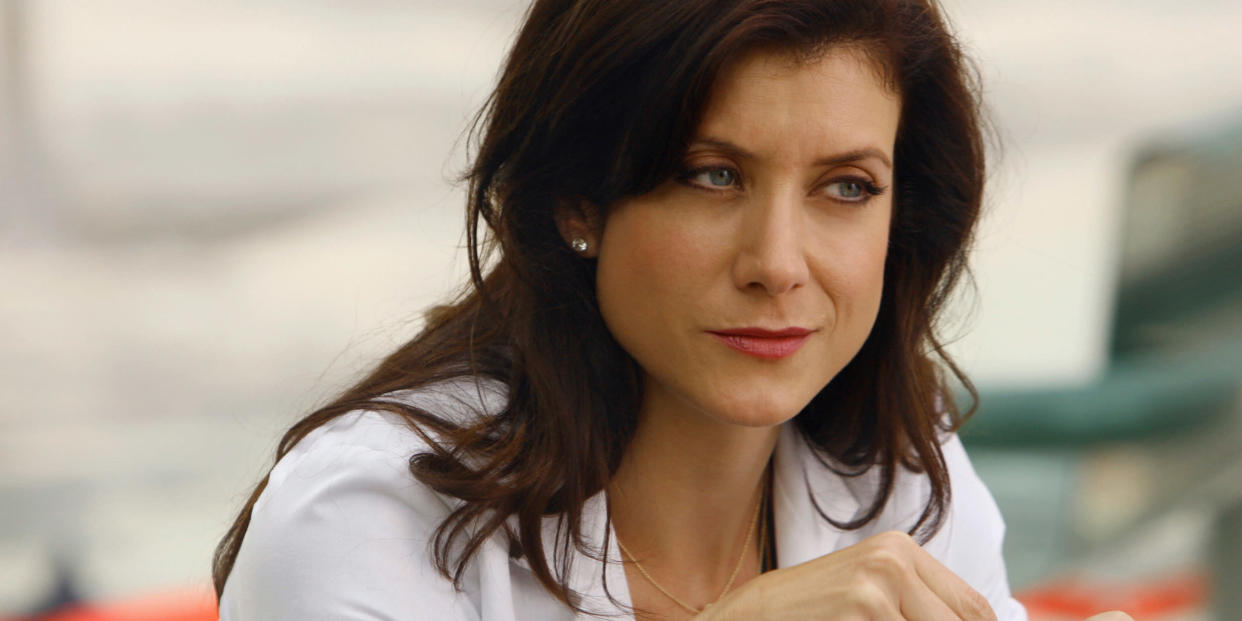 Walsh said that while returning as Addison after so many years has been "really exciting" — her next and final episodic appearance for season 18 is airing on Thursday, May 5 — there's part of her that feels a ping of sadness because of the time that has passed.

"There's a little bit of that melancholy of coming back," Walsh expressed, between her character seeing Meredith and Derek's kids to incorporating COVID-19 into the new season.

The actor assures that Addison is not so different than when she returned as a guest star in Season Eight, mentioning that her character still has the "same DNA" as the earlier days. Walsh largely attributes that to the writers of the show, including creator Shonda Rhimes.

"They really have a great handle on Addison's wit, and intelligence and vulnerability, too," Walsh explained. "When Shonda created the show, and all these characters that people fell in love with … it’s a real testament to the the craft of everyone that works on the show, from behind the scenes to the writers room, the producers and the fans and the love."

But it's natural for characters to develop over the course of a series, let alone one that's been running for 18 seasons. For Walsh's character, that evolution comes in the form of maturity.

"There's a maturing in her and the leadership quality and grounded-ness to her, particularly being an outsider coming in as a guest to 'Grey's' alone … she has this perspective and objectivity that you trust," Walsh said. "There's a bit of a gravitas to her but also, you know, hopefully humor still."