It happens every summer: Forgetful or negligent parents leave a child inside a car on a hot day.

Here are some examples from recent reports:

Last weekend a police officer in Perkins Township, Ohio, rescued two kids who were trapped inside a minivan in a WalMart parking lot.

Their mother had accidentally locked her keys inside the car. The kids were fine and police found it was just an accident and not negligence, FOX 8 in Cleveland reported. The rescue was recorded on the officer's body camera.

INFANT TWINS FOUND DEAD, 'FOAMING AT THE MOUTH,’ IN BACK OF CAR: POLICE

Two babies found in the back of a car in the Bronx borough of New York City last Friday weren’t so lucky.

Police found the 1-year-old twins unresponsive and "foaming at the mouth" after being left in the car for eight hours. Their father, Juan Rodriguez, was charged with two counts of criminally negligent homicide, the New York Post reported.

In Indiana, a mom left her 4-day-old baby in her car while she went to an appointment with the state Department of Child Services, authorities say. The baby survived but the mother, identified as Jennifer K. Ost, 27, of Milroy, was arrested for negligence. 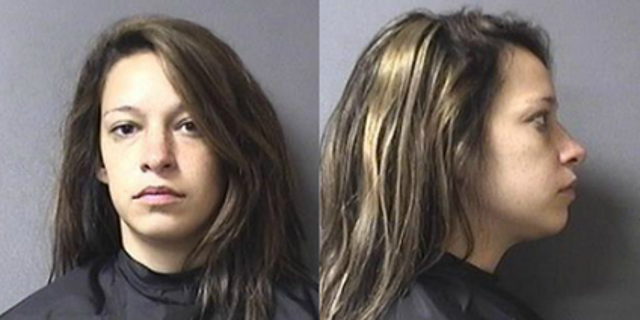 Jennifer K. Ost is accused of leaving her child in a hot car during a Department of Child Services interview in Indiana.

Earlier this week, Justice Department officials in Oregon dropped negligence charges against a prosecutor who left his 18-month-old son in his car for five hours, OregonLive reported. Officials said they couldn’t prove Evander McIver’s guilt beyond a reasonable doubt. Bend police found the boy sleeping in his car seat. He was unhurt.

An average of 38 kids die in hot cars every year, according to the organization Kids and Cars. So far this year, 23 children have died and last year, 52 children died after being left in a car.

The organization recommends that parents leave an item they can't start their day without (like a cell phone or purse) in the backseat so they don't forget their child is in the car.