The sister of North Korea’s leader Kim Jong Un has appeared in public for the first time in more than 50 days.

Kim Yo Jong’s appearance at the mass games in Pyongyang has cast doubt on speculation she was ordered to lay low over the failed nuclear summit with the US.

State media in North Korea showed her clapping alongside her brother, his wife and other top officials at the 150,00-seat May Day stadium, as thousands of gymnasts, dancers and crowds worked to perform The Land of the People in unison. 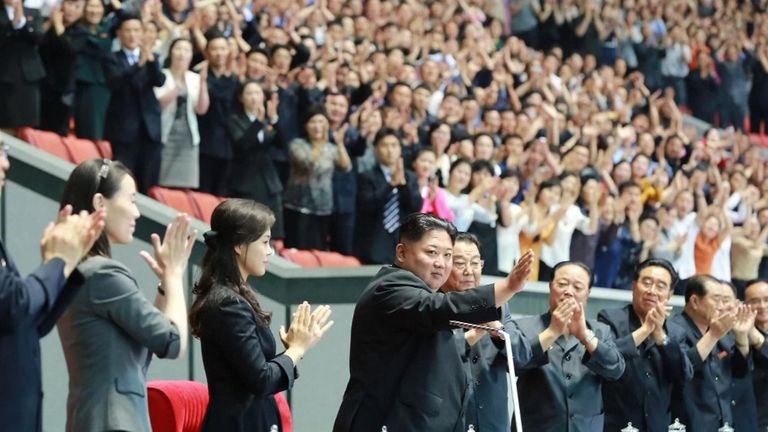 According to state media, Kim Yong Choi, who was reportedly sentenced to hard labour, was also at the performance.

Ms Kim is a senior official in North Korea’s ruling party and believed to be her brother’s closest confidant.

She had been with him during the historic summits with US president Donald Trump and South Korean president Moon Jae-In and was also a key figure in the stands at the Winter Olympics in South Korea.

Speculation grew after she was left out from Mr Kim’s trip to Vladivostok, Russia, in April, when he met with Russian president Vladimir Putin.

A newspaper in South Korea quoted a source who claimed Mr Kim told her to lay low after the summit with Mr Trump collapsed in February. 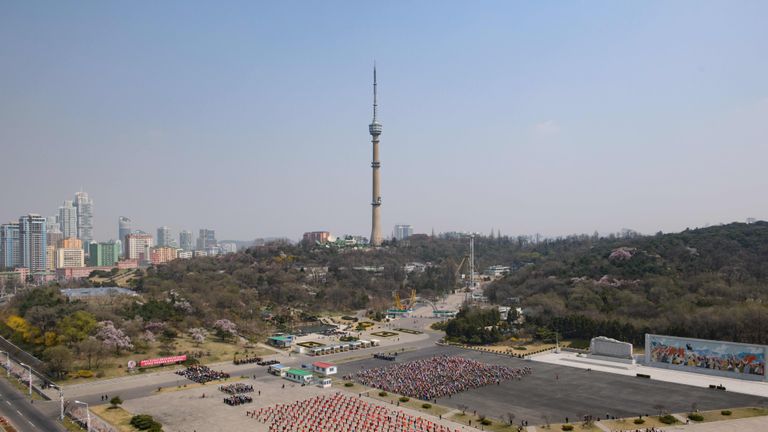 Mr Trump walked away without signing an agreement after refusing to meet the demands of Mr Kim over their nuclear disarmament.

Senior envoy Kim Hyok Choi, who has reportedly been executed along with four Foreign Ministry officials for betrayal, has not been seen by media since the end of February, after the Hanoi summit.

The performers on Monday won praise from the news agency but came under fire from Mr Kim who said the creators had a “wrong spirit of creation and irresponsible work attitude” and gave them important tasks to correctly implement the country’s policy on art and literature. 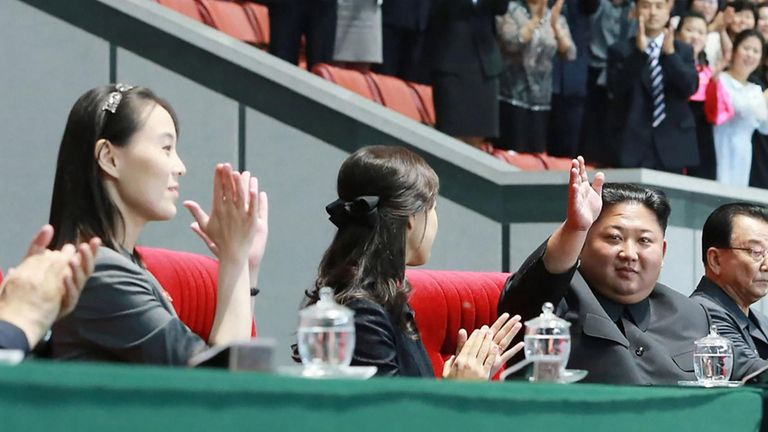 State media often reports Mr Kim scolding all sorts of people, from factory workers to teachers and officials for not performing to his standards.

The mass games were a regular feature but have been on hiatus while the nation mourned Mr Kim’s father, returning last year.

Mr Kim is said to have killed dozens of senior officials since taking power in 2011, including his half-brother and uncle over an alleged Chinese-backed plot to oust him.

In 2016, one official was reportedly killed with an anti-aircraft gun for falling asleep in a meeting with Mr Kim.