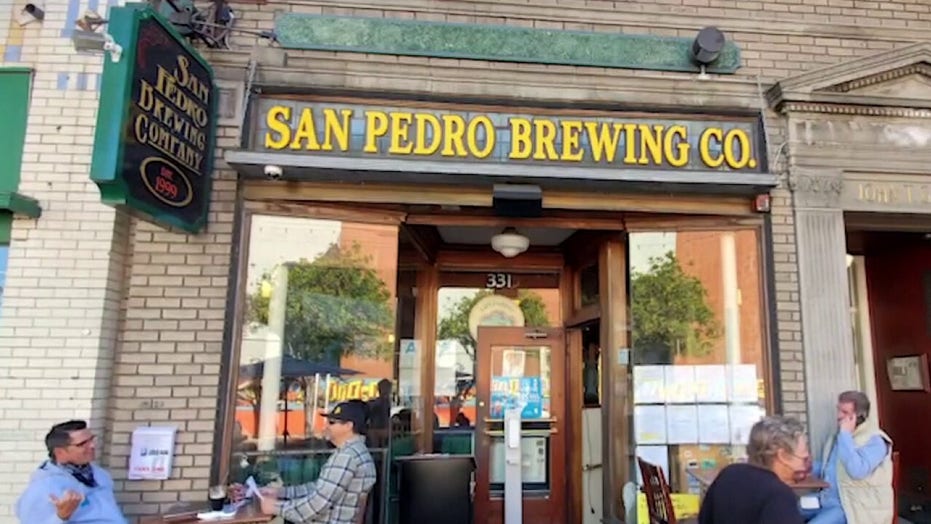 A Los Angeles restaurant owner expressed frustration Monday with the health department’s order to keep TVs off for customers after reopening outdoor dining.

James Brown, owner of San Pedro Brewing Company, told “Fox & Friends” that the order meant to prevent people from lingering outside restaurants will push them indoors to watch the Super Bowl on February 7.

“Super Bowl’s always a busy day,” Brown told Ainsley Earhardt. “The whole idea behind outdoor dining is so people could go outside and not go inside and spread the COVID. What’s going to happen on the Super Bowl? Everybody’s getting forced to go back inside. It’s frustrating.”

Brown is limiting dining parties to 90 minutes in order to serve as many customers as possible after 10 “rough” weeks of doing takeout only.

“It’s definitely been an up and down rollercoaster like I’ve never seen.” Brown said. “Things are going to get better, but we’d like to show the Super Bowl.”

Brown remains “optimistic” after being able to bring back all 25 employees that were laid off while dining was shut down.