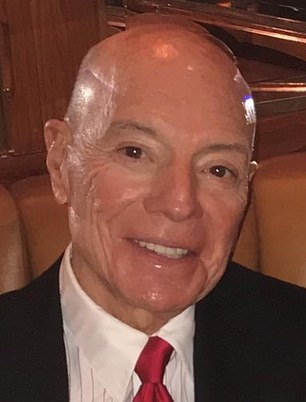 Allen R. Glick, who once owned four casinos on the Las Vegas Strip, has died of cancer at the age of 79

A former casino owner once praised by Las Vegas business leaders for his clean business record – before it was revealed that he was actually a front man for the mob  – has died of cancer aged 79.

The family of Allen R. Glick, the CEO of the Argent Corporation, which owned four casinos on the Vegas Strip in its heyday, announced he died of cancer on August 2. He was 79 years old.

Glick, a Pittsburgh, Pennsylvania native, rose to prominence in the 1970s as he took ownership of the Stardust, Hacienda, Fremont and Mariana hotel-casinos. The only mogul with a Las Vegas casino portfolio bigger than Glick was reclusive billionaire Howard Hughes.

He was even awarded a Las Vegas ‘man of the year award’ after ascending to the top of Sin City society in a seemingly legitimate way.

But Glick’s reputation was shattered after it was revealed his second-in-command, Frank ‘Lefty’ Rosenthal was secretly skimming $7 million from the slot machines and passing the proceeds onto American crime families.

Glick claimed he did not know about the mob ties, and avoided a criminal conviction in return for serving as a witness against more than a dozen mobsters.

The scam was dramatized in the 1995 film ‘Casino,’ in which Kevin Pollak played casino owner Philip Green, with that character modeled on Glick. 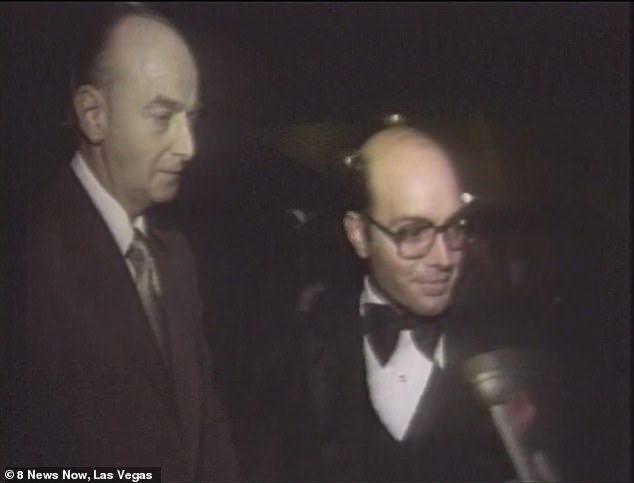 Glick, right, was hailed as a golden boy of the Vegas Strip while his second-in-command, Frank ‘Lefty’ Rosenthal, right, was secretly skimming $7 million from the slot machines for top criminal families in Kansas City and Milwaukee 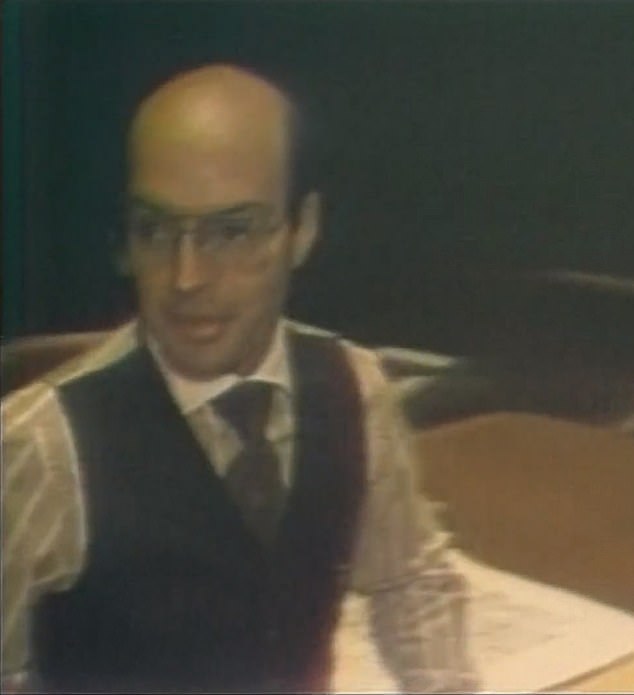 Glick has denied knowing about the skimming operation and served as a witness for the FBI, leading to the ultimate demise of more than a dozen mob bosses

Glick was born in Pittsburgh on April 11, 1942 and earned his J.D. from Case-Western Reserve School of Law, admitted into both the California and Pennsylvania bars.

In 1967, he joined the military as first lieutenant in the Military Police Branch, but eventually transferred to Special Ops, where he served as a captain in Vietnam, learning to speak the language to aid in military research and rescue operations.

For his service, he was awarded the Bronze Star, three Combat Air Medals and the Vietnamese Medal of Honor.

He was honorably discharged in 1969 and moved to San Diego, where he joined the American Housing Guild of San  Diego and the Saratoga Land Development Company.

From there, his 702 word obituary – which makes no mention of Glick’s mob ties – says, he went on to form his own company, pioneering development on the south end of the Las Vegas strip.

In 1972, he used a $2.3 million loan from the Saratoga Land Development Company to acquire a major, and later controlling share in the Hacienda hotel-casino, and obtained a Nevada casino license, according to the Mob Museum.

But he had his sights set higher – wanting to also purchase the Stardust hotel-casino in 1974. So he met with top leaders of the Milwaukee, Kansas City crime families, and realized he knew the son of Milwaukee mob boss Frank Balistrieri from college.

Glick then met privately with Balistrieri, and they decided Glick would buy the Stardust and Fremont casinos by purchasing control of the Recrion Corporation – which later became the Argent Corporation.

In exchange, Glick would agree to allow Balistrieri’s sons, Joseph and John Joseph the option of buying his corporation for just $25,000.

When Glick agreed to that deal, Balistrieri sought the help of Kansas City, Chicago and Cleveland mob bosses to acquire a Teamsters pension fund loan for Glick. And at the age of 32, he received a $62.75 million loan.

By October 1974, Glick publicly announced that Frank ‘Lefty’ Rosenthal would serve as his executive assistant.

But Rosenthal would not actually serve Glick, instead he would report to the mob bosses and ran the skimming operation.

Then in May 1975, Glick opened the Marina casino, becoming a successful casino operator who was praised by local business leaders and the media for his clean business record and heroic acts in Vietnam.

He revolutionized sports betting in Las Vegas by adding a large, elaborate sportsbook to the Stardust, where Siegfried and Roy rose to prominence. 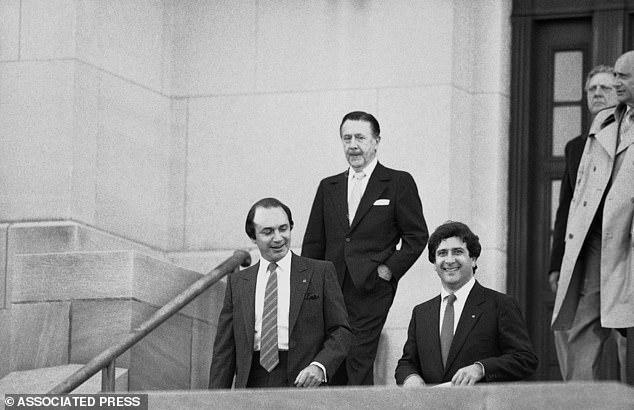 Milwaukee crime boss Frank Balistrieri, center, agreed to obtain a loan for Glick. He is pictured here leaving Federal Court in 1983 with his sons Joseph and John 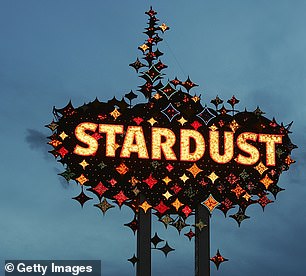 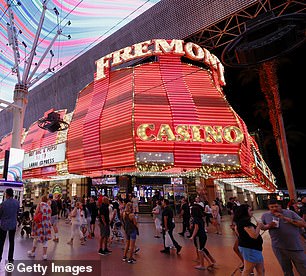 Two of the hotel-casinos he operated, the Stardust and the Fremont hotel, are still in business

In June 1978, the FBI sent agents to Vegas with 83 search warrants in a series of raids centered on Argent Corporation’s operations, based on wiretaps and other evidence the agency acquired over the years.

And in 1979, the Nevada Gaming Control Board determined that employees of Argent’s casinos quietly skimmed about $7 million from 1974 to 1976 from slot machines on behalf of Milwaukee, Chicago, Kansas City and Cleveland crime families.

As a result, Glick lost his casino license and sold his Las Vegas holdings in 1980, after years of the top crime bosses pressuring him to do so. He later told federal investigators Nicholas Civella, the head of the Kansas City crime family, had threatened to kill his two sons if he did not sell the company.

After that, Glick returned to his home in San Diego, fearing for his family, until he could eventually find an FBI agent he could trust.

He swore he was unaware of the skimming and federal prosecutors never charged him criminally over the scandal.

But in return, they demanded his cooperation as a witness before two federal grand juries hearing evidence against more than a dozen top U.S. mobsters.

The government defended Glick in court as a ‘frightened tool of the underworld secretly responsible for loans from the corrupt Teamster pension fund,’ according to the Mob Museum.

Finally, in 1986, the mobsters were convicted and faced federal prison terms.

Since then, Glick has been living with his family in his walled-off San Diego home until his passing earlier this month.

He is survived by his wife, Kathy; sons, Todd and Cary Glick; and grandsons, Aaron and Adam Glick.