A storm crackled overhead as the eruption sent a cloud of hot ash 16,400ft into the sky. 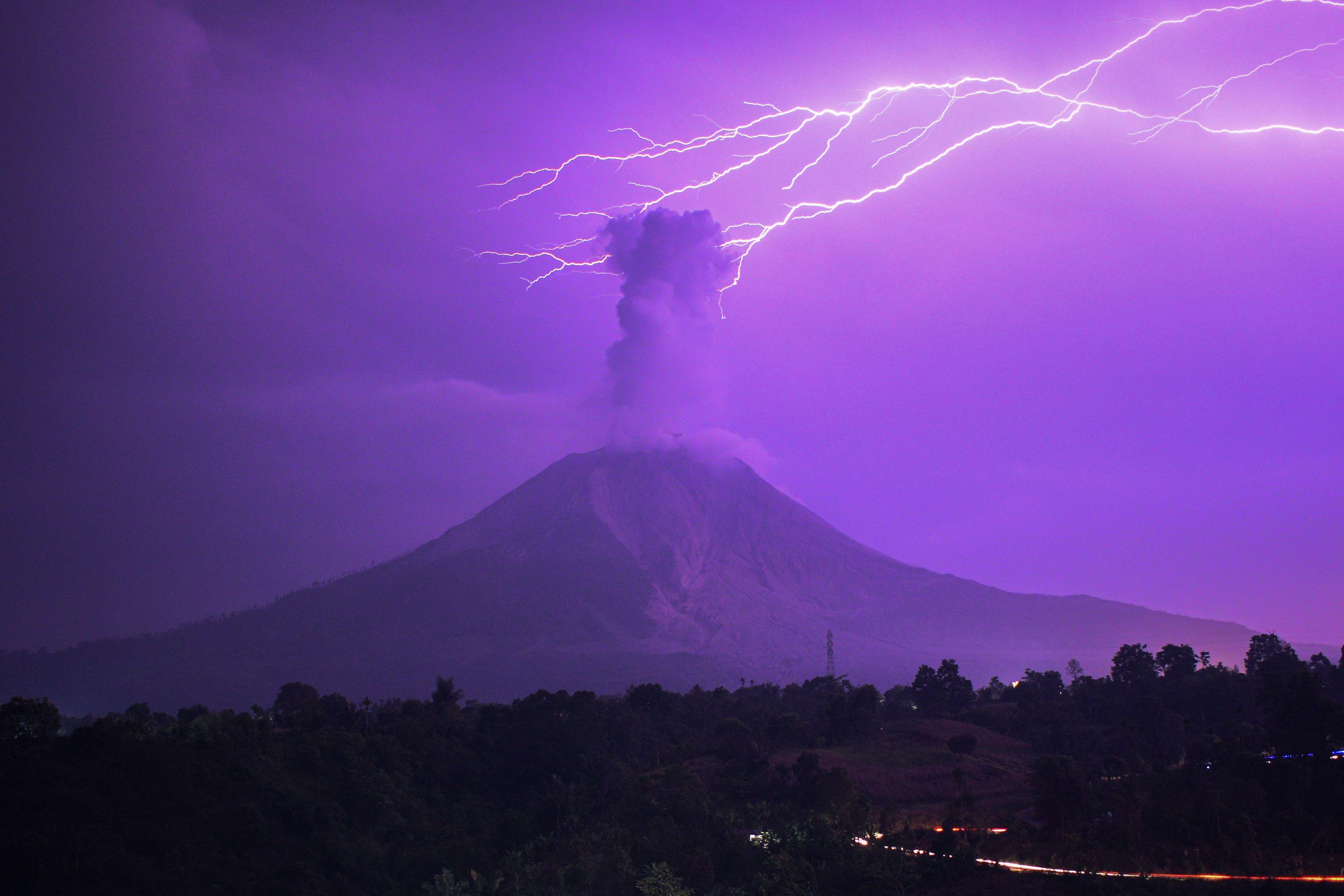 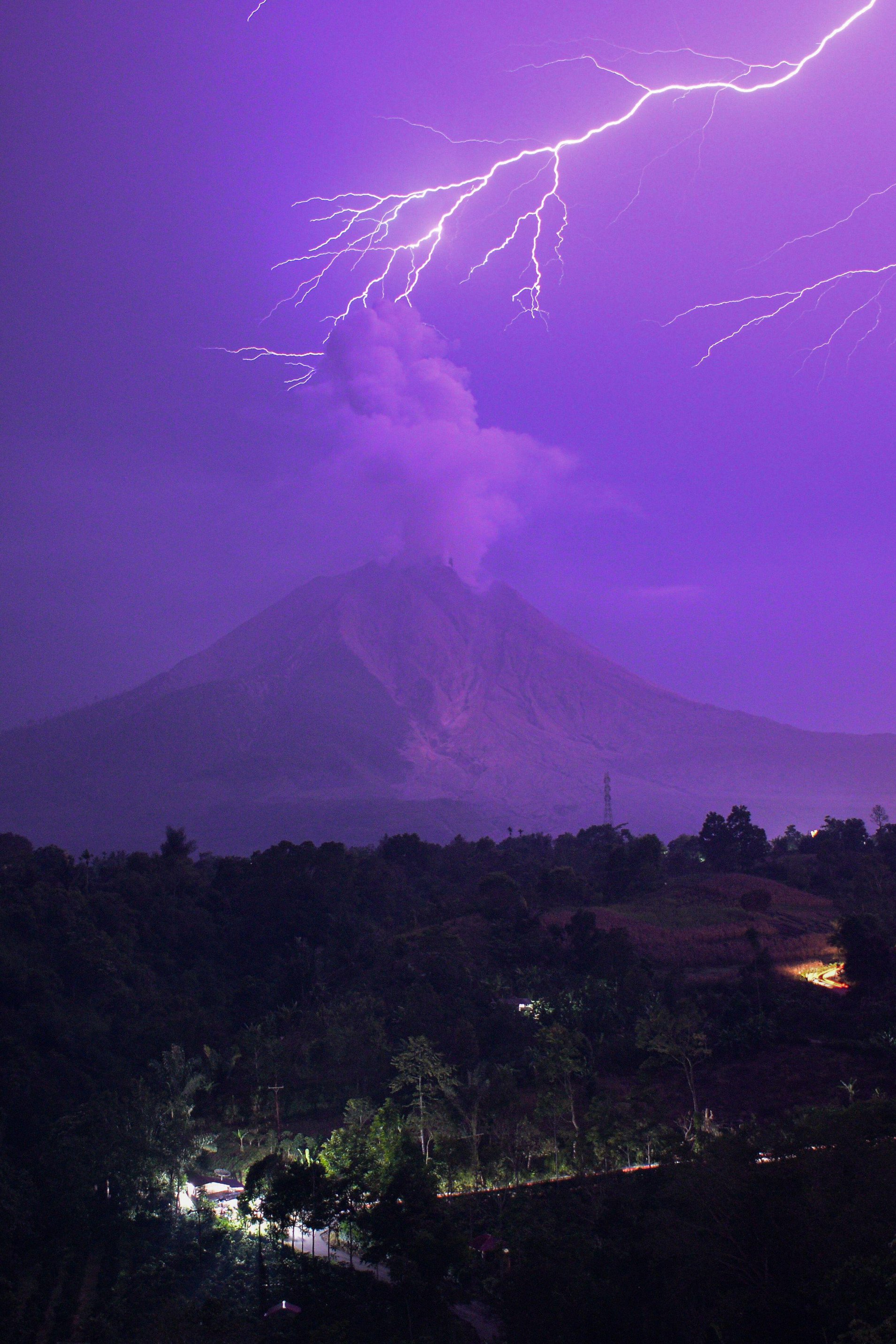 The sky was illuminated bright purple in a dusty haze.

The images were taken just days after the huge eruption in Karo, North Sumatra, on Tuesday – the first big one since August last year.

It started blasting debris early in the morning, according to a local geological agency, which recorded 13 bursts.

Residents were pictured fleeing the area as they were told to avoid a five-kilometre radius around the crater.

Others stood by in awe of the plumes of smoke. 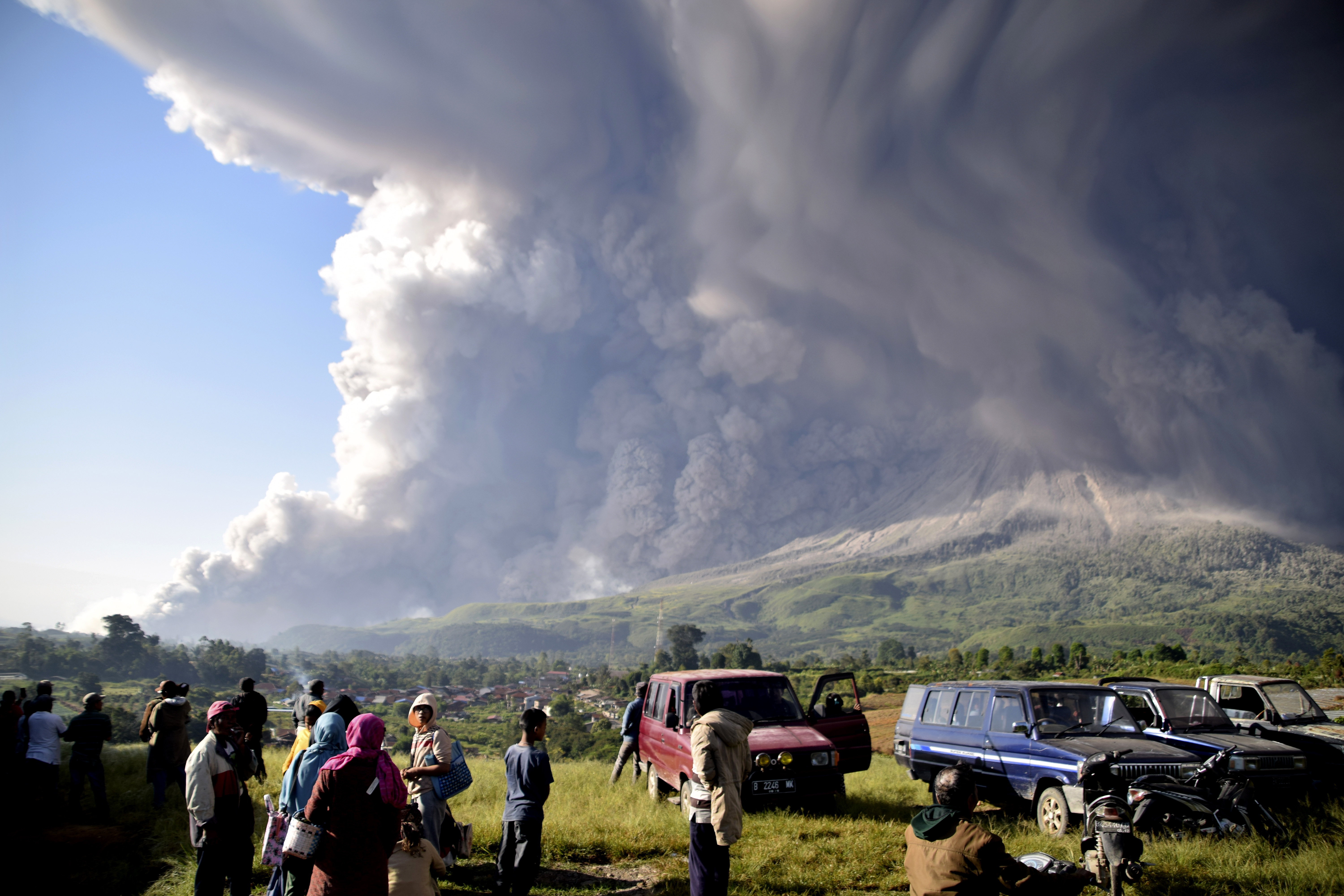 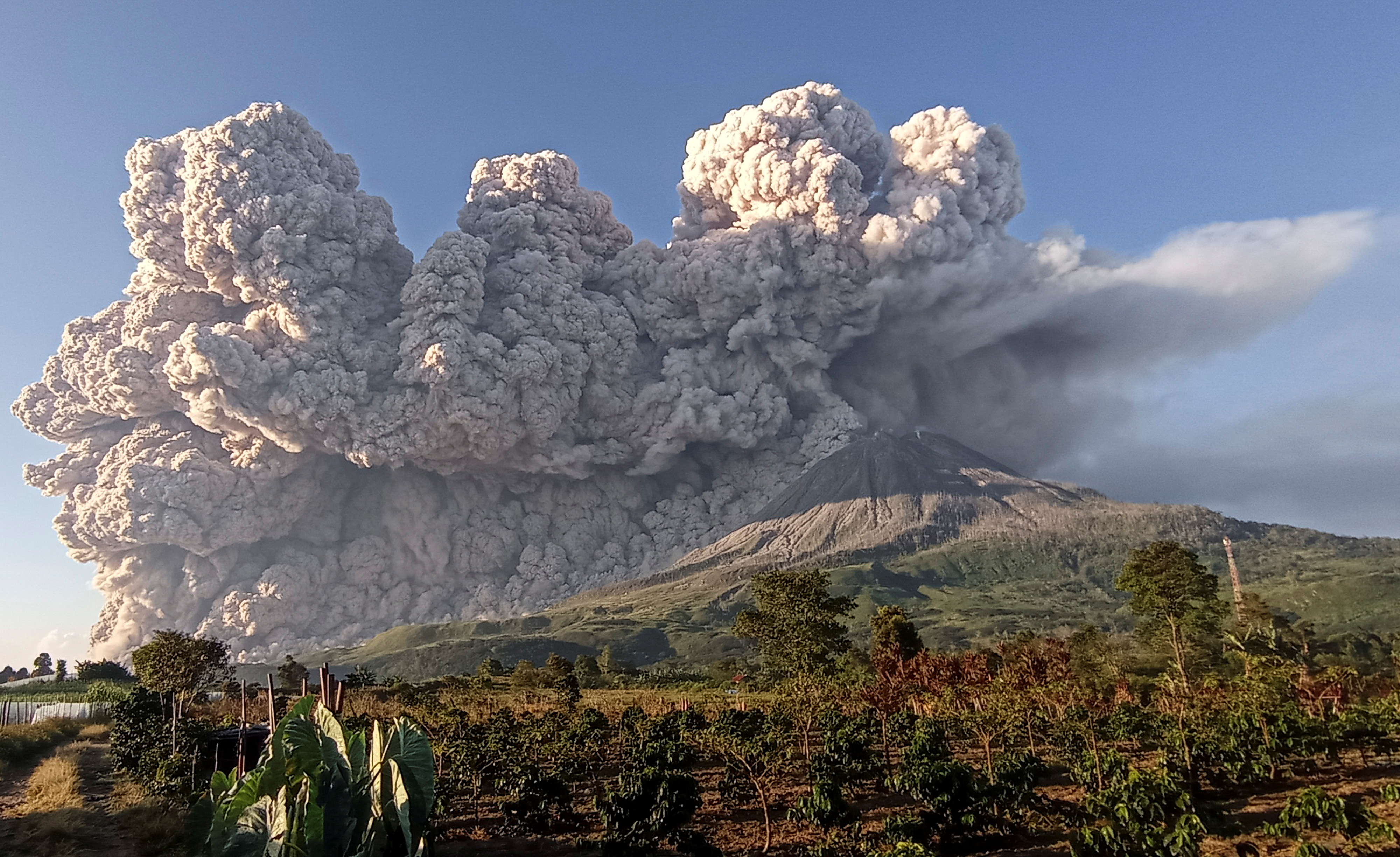 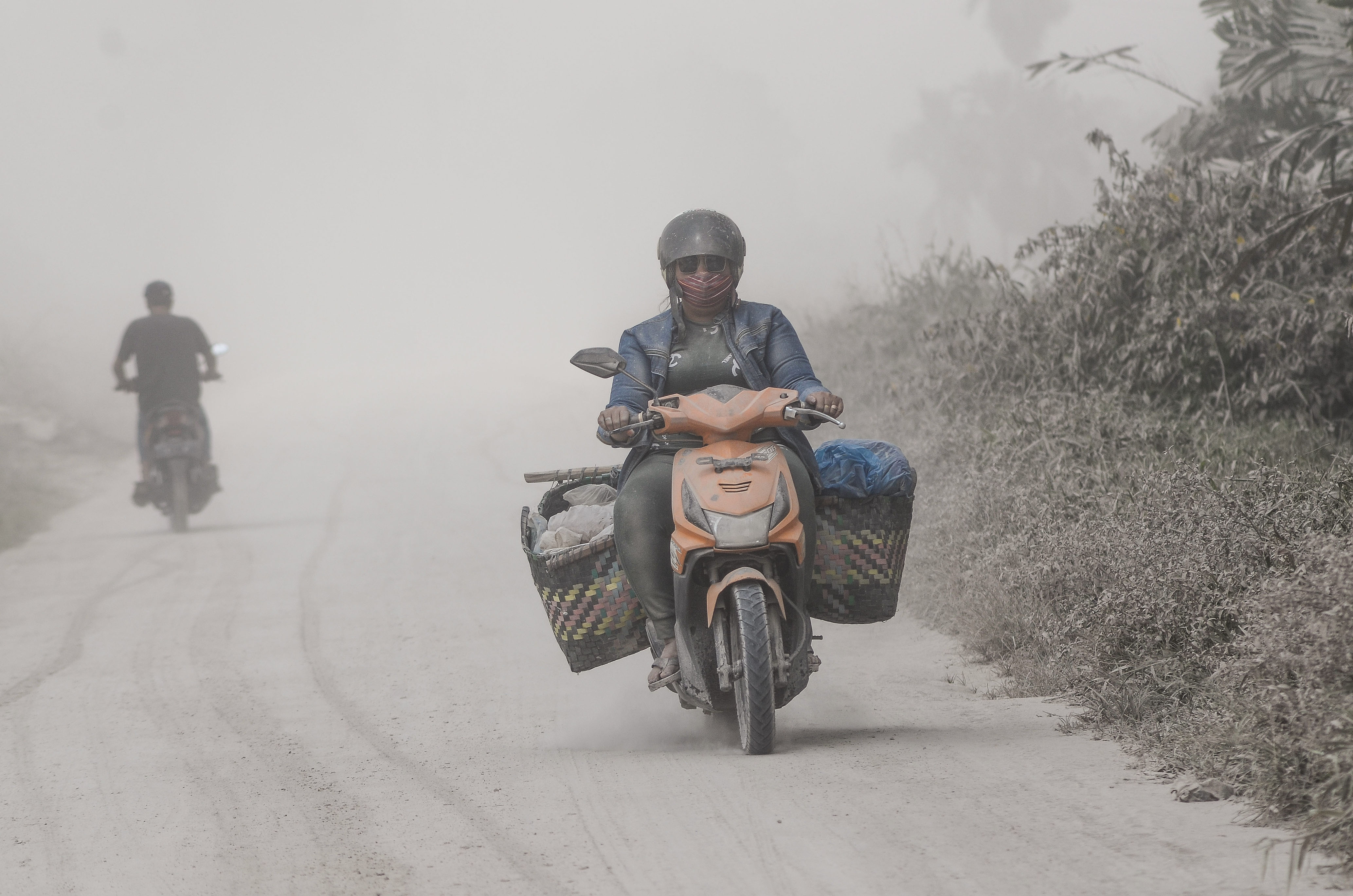 Molten lava was also seen spilling out from Naman Teran village while the area was covered in thick volcanic ash.

Roy Bangun, 41, said: "The residents are scared, many are staying indoors to avoid the thick volcanic ash."

Muhammad Nurul Asrori, a monitoring officer at Sinabung, said Tuesday's plume of smoke and ash was the largest he had seen since 2010.

"The large lava dome at any time could burst, causing a bigger avalanche of hot clouds," he said. 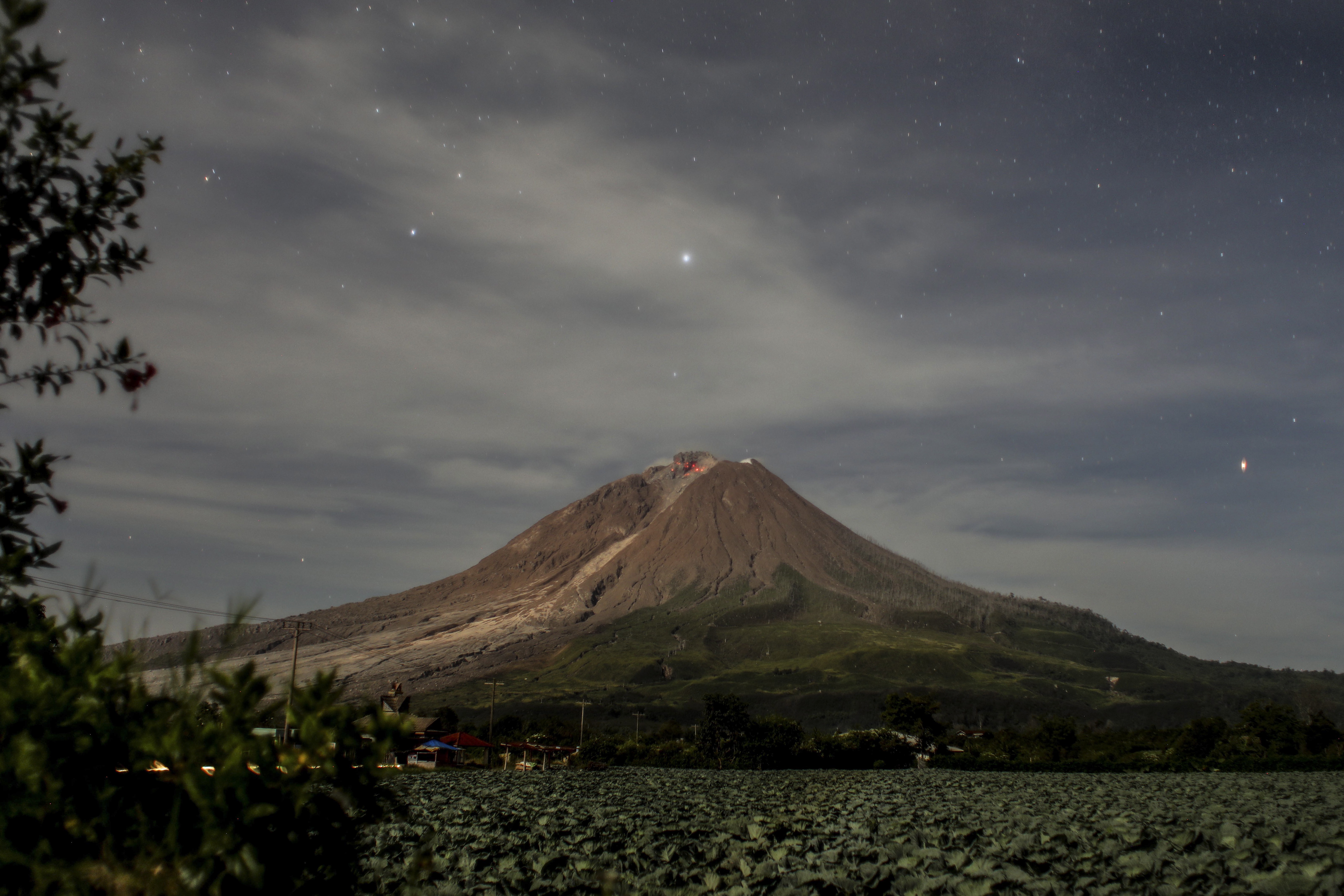 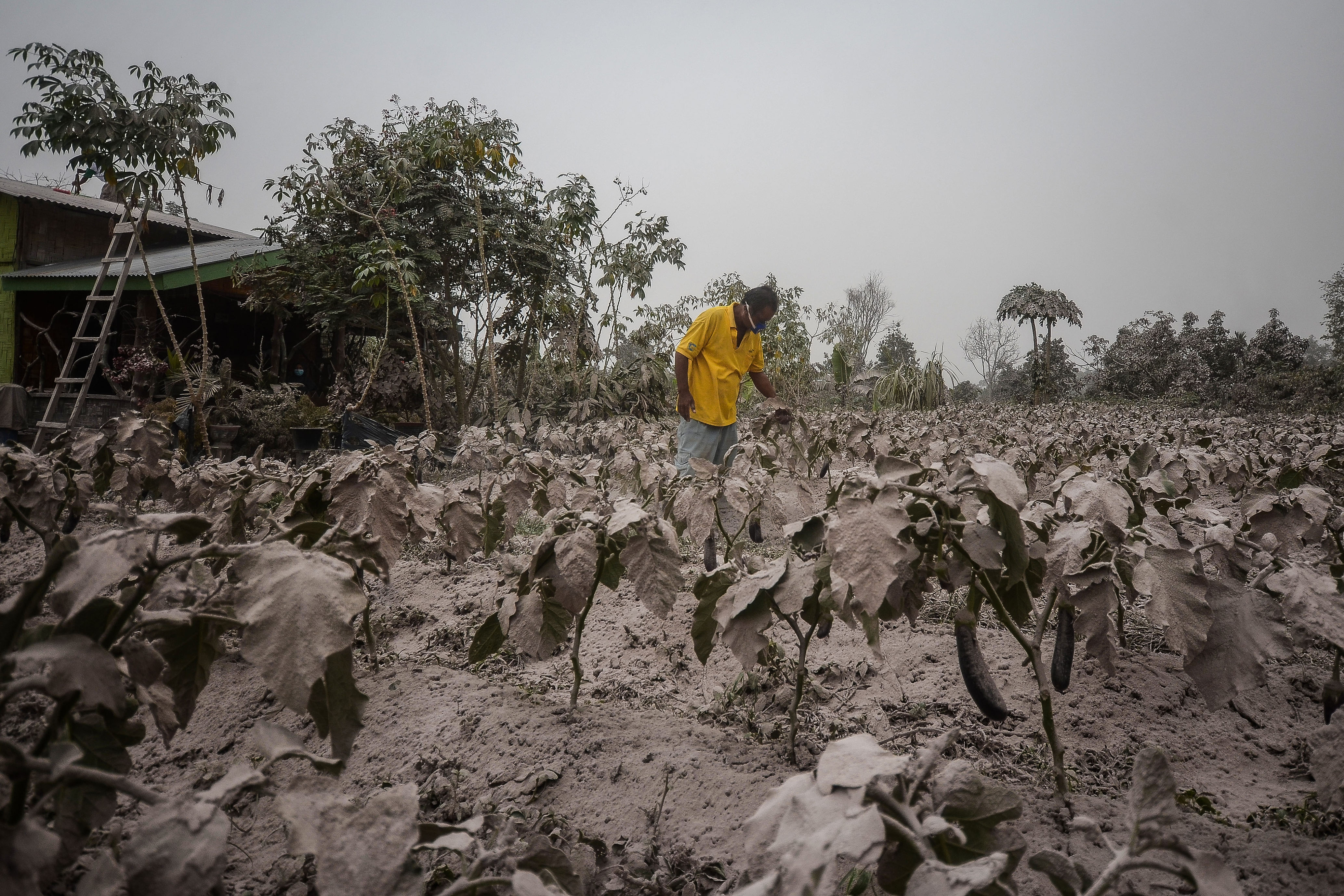 Sinabung, an 8,070ft volcano, was dormant for centuries before roaring back to life in 2010 when an eruption killed two people.

After another period of inactivity, it erupted again in 2013 and has remained highly active since.

No casualties were reported this week, but an official had earlier urged people to stay at least 3km from the crater, Indonesia's Volcanology and Geological Hazard Mitigation Centre said.

The area sits on the "Ring of Fire" – a belt of tectonic plate boundaries circling the Pacific Ocean.

The ring accounts for 80 percent of the world's seismic activity.

Mount Merapi on Java island, one of the world's most active volcanoes, also erupted this week, emitting lava on Monday.