A ‘Townie’ couple who claim they are ‘living in fear’ over a dispute about a ‘village green’ outside their home are the troublemakers, locals claim.

Former accountant Bridget Kelly and partner Richard Woznaik have CCTV aimed at the patch of land and installed posts on the unadopted road to prevent vehicle access.

Residents claim the couple, who moved in six years ago, regularly storm out of their renovated cottage to confront anyone walking or parked on the disputed plot.

Neighbours living opposite from the ‘Townie’s’ Abbott House, in Rosgill, in the Lake District, has also installed cameras to stop any potential disputes.

Villagers say the triangular patch of land has been used by residents for hundreds of years and is believed to be owned by the Lowther family. 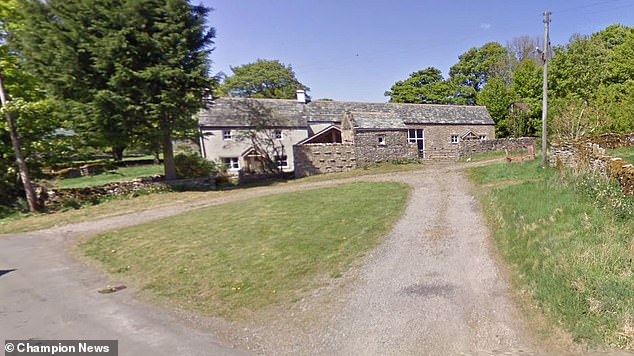 A ‘Townie’ couple who claim they are ‘living in fear’ over a dispute about a ‘village green’ (pictured) outside their home in Rosgill, Lake District, are the troublemakers, locals claim 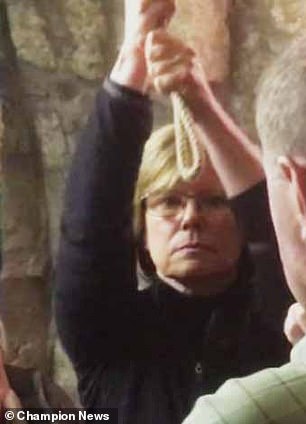 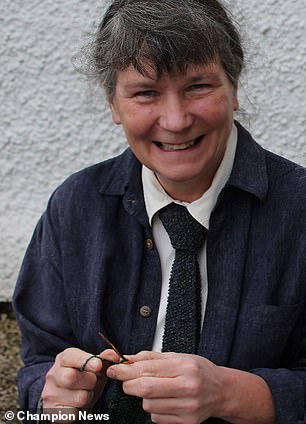 Former accountant Bridget Kelly (left), who moved in with her partner Richard Wozniak six years ago, is suing their neighbour Chloe Randall (right) for £40,000 in a libel battle amid the dispute over the village green

One said: ‘We have never had any problems with the land until Bridget and Richard turned up.

‘They bought the house from the Lowthers and then started saying the land belong to them.

‘Then they tried to stop people going on it, which was crazy because it’s always been used by everyone living here.’

She added: ‘Neither of them have really tried to integrate despite what they say.’

Another villager, who has lived in the Rosgill for almost 40 years, said for decades farmers had used the land.

He said: ‘The farms have been here a lot longer than they have.

‘Farmer would use it to park 4x4s and cattle trailers and that was the norm. Everybody accepted it.

‘Then they bought Abbott house and made claim to the land in front of it.

‘The guy would come out and shout at anyone on the land and he put up metal posts to stop people going on it.

‘People don’t want to see others moving in and making claims to land which isn’t theirs. It’s not right.

‘It’s good that there are people living here who care and are standing up to them.

‘You can’t just come into a place, where people have got along well for decades, good country people, and start throwing your weight around. 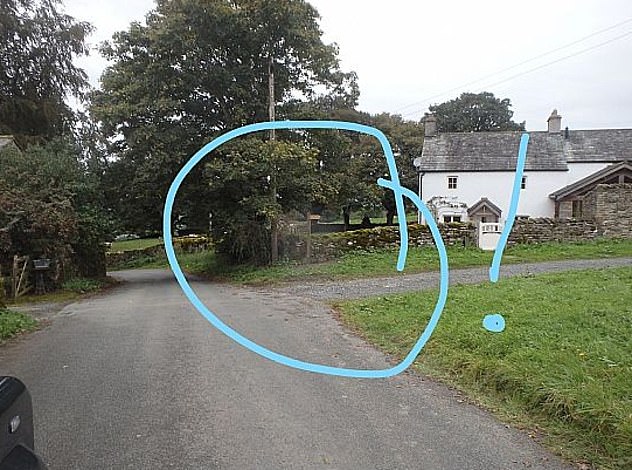 Residents claim the couple, who moved in six years ago, regularly storm out of their renovated cottage to confront anyone walking or parked on the disputed plot (pictured)

‘They are definitely troublemakers. They are the ones intimidating people.

‘We just want to live in peace and tranquillity but they have caused a lot of people heartache.’

The resident said the couple complained when workmen parked outside their three-bedroom home in February.

He said: ‘The wall running along the main road has all been rebuilt.

‘The wallers parked their vehicles on there and she (Bridget) came out all hysterical, telling them not to park there.

‘A few weeks ago, a woman was driving a 4×4 vehicle with a horse trailer on the back.

‘One of the horses got a bit jumpy and the woman thought the trailer was going to tip over so she pulled up at the side of the green to sort it out.

‘He then came out and gave her a lot of abuse.’

Villagers think the couple has now gone to Lowther Estates to inquiry about leasing it from them.

Ms Kelly and her partner are suing their neighbour Chloe Randall for £40,000 libel damages over her blog, which they claim ruined their standing locally and led to them being ostracised and left out of community events.

Miss Randall insists the patch of grass is a ‘village green’ which residents of Rosgill and surrounding villages have been ‘accustomed to using…for hundreds of years.’

In an online blog titled ‘Concerned of Rosgill’ she brands the couple ‘social pariahs’ and ‘townies’ – accusing them of being ‘bullies and liars’.

Ms Randall, an administrator and woollen tie maker who lives with her mother, denies libel, accusing the couple in court of ‘years of harassment of members of the village and beyond’ in what she termed ‘The Battle for Rosgill Green’.

HM Land Registry documents show the couple does not own the ‘village green’. Records show Ms Kelly and her partner own land to the left and right of the disputed land.

The Lake District National Park Authority has also ruled the roads surrounding the patch of grass near the couple’s home should be classed as public bridleways.

Dr Wozniak, who was a private dentist in Fleet, Hampshire, retired to the Lake District to develop his passion for wildlife photography while Ms Kelly took up bell-ringing at a nearby church.

The couple say they toiled for months to transform Abbott House, which is believed to have cost around £300,000, from a dilapidated wreck into their dream home.

But within two years of moving into their three-bed cottage, they were at the centre of a community row over the public’s right to park and drive around a small triangular patch of grass and track in front of their house. 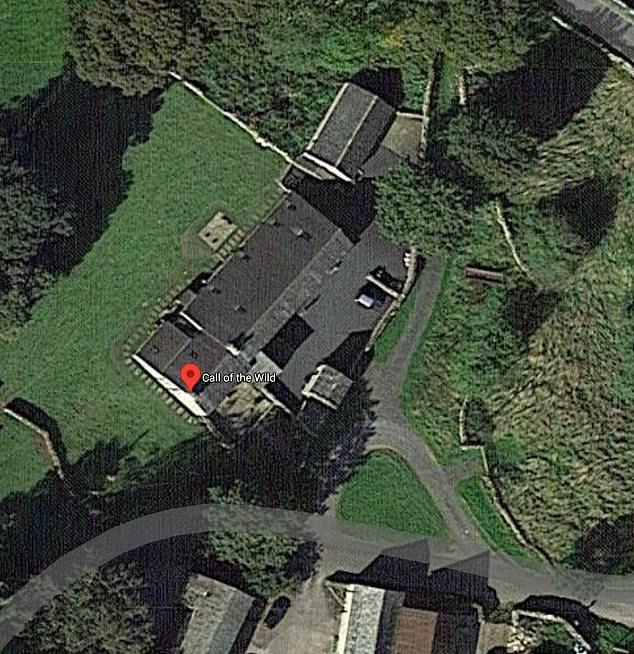 The land in dispute is the triangle of grass at the centre of this picture which villagers say has been used as common land for ‘hundreds of years, but Kelly and Wozniak believe they own 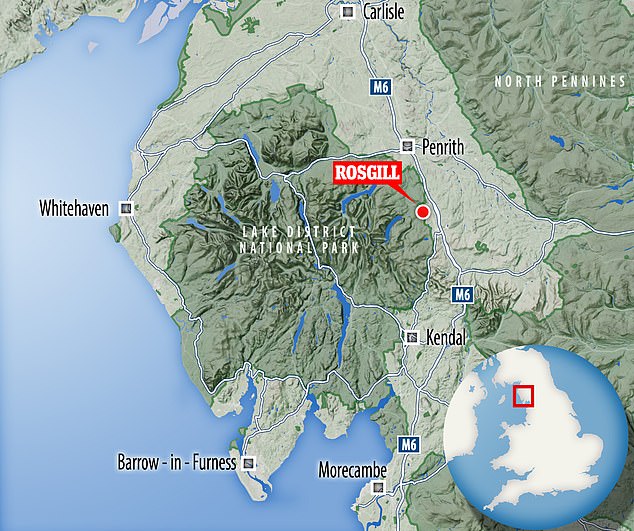 Ms Kelly and her partner are suing their neighbour Ms Randall, claiming £40,000 libel damages over the blog, which they say ruined their standing locally and led to them being ostracised and left out of community events.

‘All we wanted – and still want – is to be left in peace to enjoy our property,’ Ms Kelly told High Court judge, Mr Justice Soole.

But Ms Randall, an administrator and woollen tie maker, denies libel, accusing the couple in court of ‘years of harassment of members of the village and beyond’ in what she termed ‘The Battle for Rosgill Green’.

The court heard that Ms Kelly and Dr Wozniak previously lived in Hampshire, where Dr Wozniak had his private dental practice, before setting himself up as a wildlife photographer, venturing to remote areas of Africa to shoot exotic animals.

Following his retirement and with Ms Kelly, who had worked for Price Waterhouse Cooper before qualifying as an accountant, working part time, they sold up and eventually moved to Rosgill in 2015 to pursue their country dreams.

Ms Kelly told the court that they had only been in the north for a matter of months when friction began with campaigners over public use of the land the couple claim is theirs.

They were accused of having ‘colonised’ the ‘green’ and endured a number of incidents including people mowing the patch, blocking their access, and driving a 4×4 over it, she told Mr Justice Soole.

Ms Kelly added that she and her partner were also told they ‘would be dealt with by ‘community law’ and that we would not be made welcome in the community’.

The bad feeling over the ‘green’ came to a head with Ms Randall’s online blog, set up in 2017, on which the couple claim she posted a series of nine libellous posts in 2019.

One posting refers to ‘townies’ turning the countryside into a ‘retirement park’ and suggests that the couple did not understand the alleged long use of the patch as a community space.

Dr Wozniak and Ms Kelly say they were accused online of stealing land, ‘brainwashing’ a vulnerable local into their camp, acting like ‘liars, thieves and bullies’ and ‘spitefully’ attempting to block the track.

And they say the offending posts unjustly branded them ‘social pariahs in Rosgill’ – although they still have friends there – as well as labelling them ‘hypocrites and idiots’.

Both say the posts took a devastating toll on their reputations and enjoyment of life in the quiet village which they had thought would be a haven for them.

‘The defamatory statements posted by Ms Randall have made me personally feel humiliated, embarrassed and harassed to the extent that they have actually ruined my life,’ said Ms Kelly.

‘Abbott House was very much our ‘dream home’ but the activities of Ms Randall have made me feel like a prisoner in my own house. 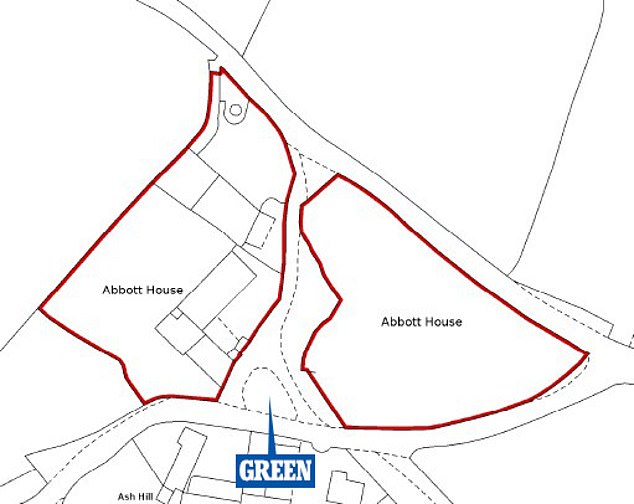 HM Land Registry documents show the couple does not own the ‘village green’ (pictured). Records show Ms Kelly and her partner own land to the left and right of the disputed land

Ms Kelly and her partner are suing their neighbour Chloe Randall for £40,000 libel damages over her blog Concerned of Rosgill (above), which they claim has ruined their standing locally

‘At times I have been too frightened to go outside for fear that Ms Randall or one of her supporters might be there.

‘Whereas I was once eager to engage in community activities, I now think twice before joining in for fear that other attenders have seen the comments made about us, and view us in a negative light.’

Ms Kelly says that, although they claim ownership of the patch of grass, they were always happy to share use of the track, and never intended to fall out with anyone.

But Ms Randall denies libel and says the ‘Concerned of Rosgill’ blog developed in tandem with her efforts to have the track alongside the green designated a public bridleway and to boost the campaign in ‘the battle for Rosgill Green’.

She says the area has been used by the whole community for generations and ‘is widely known as Rosgill Village Green’, telling the judge: ‘The village has for hundreds of years been accustomed to using this piece of ground…for access, farming, leisure and commercial purposes.’

At the time the blog was set up, she was pursuing a right of way application with the local council, which ultimately led to the track alongside the green being declared a bridleway, she said.

She had intended the blog to ‘remind the community of the lengths to which the claimants have demonstrated that they are prepared to go in pursuit of their determination to have exclusive use of the disputed ground.’

‘Various individuals and bodies tried to explain the historic use of the land, but the claimants seem unable to accept that any activity of any sort has ever taken place in Rosgill prior to their arrival,’ she added.

She said the couple’s exclusion from parts of village life – including not being invited to a local councillor’s Christmas party – were nothing to do with the blog posts.

‘Richard and Bridget’s extraordinary campaign has led to their exclusion from a number of village events, hence the comment that they are social pariahs,’ she said.

Dr Wozniak and Ms Kelly had made repeated efforts to block access to the track and grass patch, which provide a convenient turning circle for villagers, she claimed.

She also claimed in court the couple had installed CCTV, reshaped the track, spooked cattle, and tried to ‘criminalise the reputations of so many in the community’.