Madrid’s international airport was forced to close for around two hours on Monday after reports of drones in the area.

A transport ministry source was reported as saying two pilots had detected a drone flying near the takeoff area alongside the airport, which is located just east of the city centre.

The airspace at Adolfo Suarez Madrid Barajas was shut and the ministry advised passengers to check with authorities for further information. 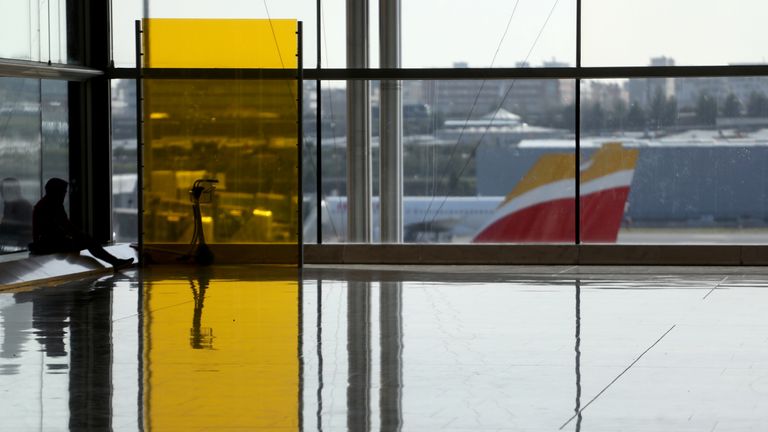 Enaire, the parent company of Spanish airport operator AENA, activated a special procedure to stop landings and take-offs and divert flights to other airports.

In a tweet it warned a drone is “not a toy, it’s an aircraft”, and said 26 flights were rerouted.

It also said the airport was “now in operation” and that a security committee had been set up to study the incident.

In a statement on Twitter, Enaire said: “At 2.20pm (1.20pm GMT) Madrid-Barajas airport capacity has been recovered with 51 landings per hour and 100 total flights.”

With an average of 1,200 flights per day, Barajas is the busiest airport in Spain and one of the busiest in Europe, with nearly 62 million passengers travelling through it last year, said AENA. 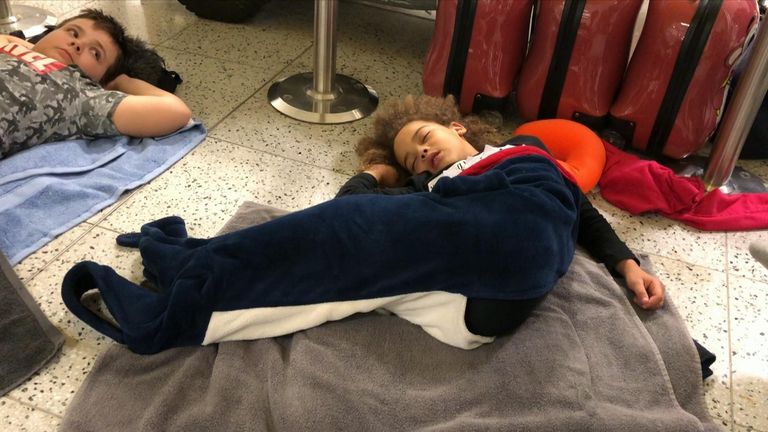 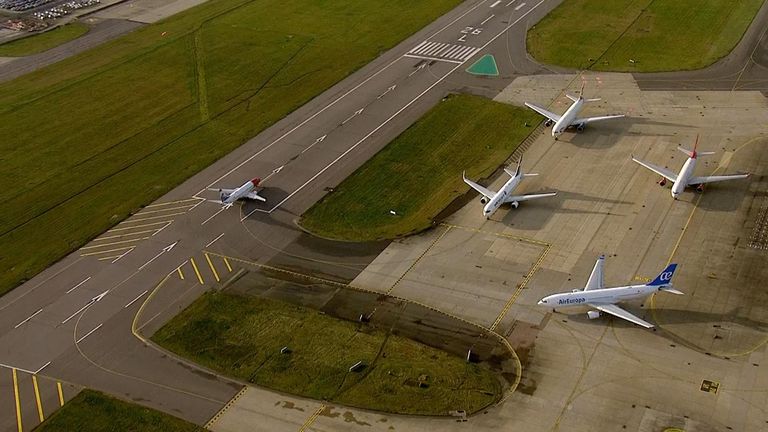 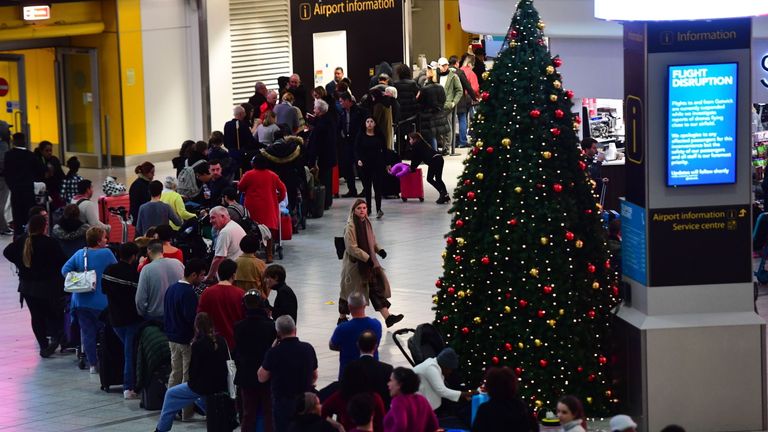 And in January 2019 it was revealed a drone came within 20 metres (65ft) of hitting a jumbo jet as it flew into Heathrow Airport.

Just six incidents were recorded in 2014.

Heathrow Airport has now deployed an anti-drone system after it was forced to ground departure flights following sightings of the devices in January 2019.

The AUDS (Anti-UAV Defence System) is able to detect, track and ground drones and has been designed to stop them being used for terrorist, espionage or other malicious activities.

Similar equipment has been pictured on the roof of Gatwick’s South Terminal.

Drone users can be fined or even jailed if they fly the gadgets within these zones.