COPS probing a shock video of a boy driving a truck at speed on Northern Ireland’s M1 motorway arrested a man on suspicion of cruelty.

Police were alerted after the astonishing eight seconds of footage appeared on social media. 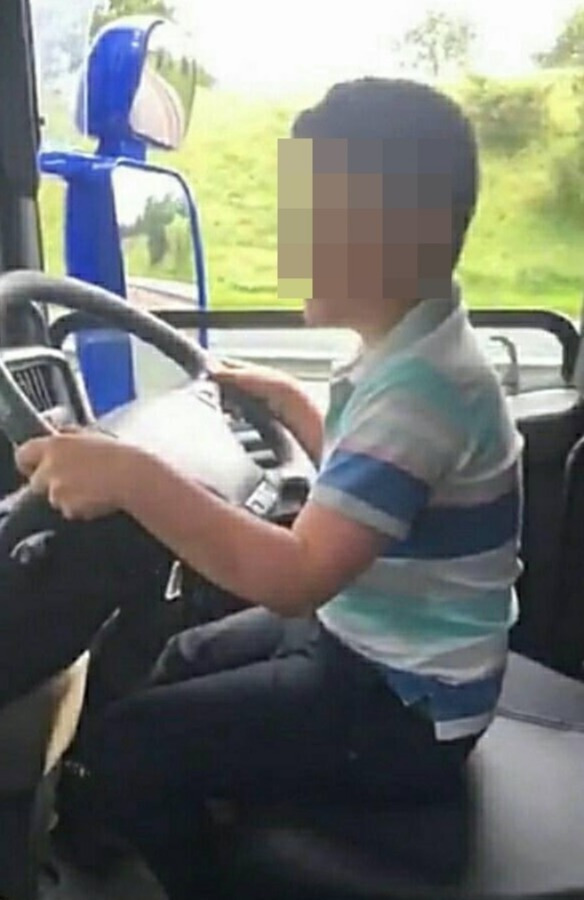 A man making the recording is heard urging the smiling child, aged around 10, to “keep her out” of the hard shoulder as they belt eastbound in Co Tyrone.

Two cars overtake the lorry during the video as the boy, sitting close to the steering wheel, holds on tight.

Another vehicle is visible up ahead during the recording, made near the Dungannon slipway.

The unseen man is heard saying, “Alright there lad?” and the boy turns to him and replies “Yeah" before the man asks: "Are you on the bang?"

A moment later, as the truck runs close to the hard shoulder, the man urges: “Ah, lift off her, lift off her, you wee rod – f***k sake, keep her out.”

Locals have blasted the adult involved for allowing the boy to pilot the HGV.

He added: “We've had a lot of accidents on that road recently and many that have led to deaths.

"People want to see the roads safe but the behaviour in the video is reckless and careless."

On Thursday cops in mid-Ulster called on anyone who recognised the child or knew anything about the incident to get in touch.

In a statement on Friday they said a man was being questioned.

It said: “Police investigating an incident in which a video was shared online of a young boy driving a lorry, have arrested a 37-year-old man in the Cookstown area.”

They said they were speaking to him “on suspicion of a number of offences including aiding and abetting driving whilst disqualified by reason of age and cruelty to children. “The man is currently in custody assisting officers with their enquiries.”