Man, 35, is jailed for 20 months for killing DJ father-of-one by throwing wheelie bin at him during row in the street over late-night noise

A man has been jailed for 20 months over the death of a DJ who he threw a wheelie bin at during a late-night noise row.

Mr Barrie was struck by the empty bin, fell forward and hit his head on a wooden fence during the incident in the city’s Benvie Gardens in March.

The DJ, known to friends as ‘Mini’ and who went by the stage name ‘DJ Sativa’, was taken home by a friend after the incident – which was sparked when Mr Barrie confronted Robbins over noise he was walking home from a nightclub.

Despite efforts by Mr Barrie’s friends to persuade him to go to hospital, he refused medical attention. 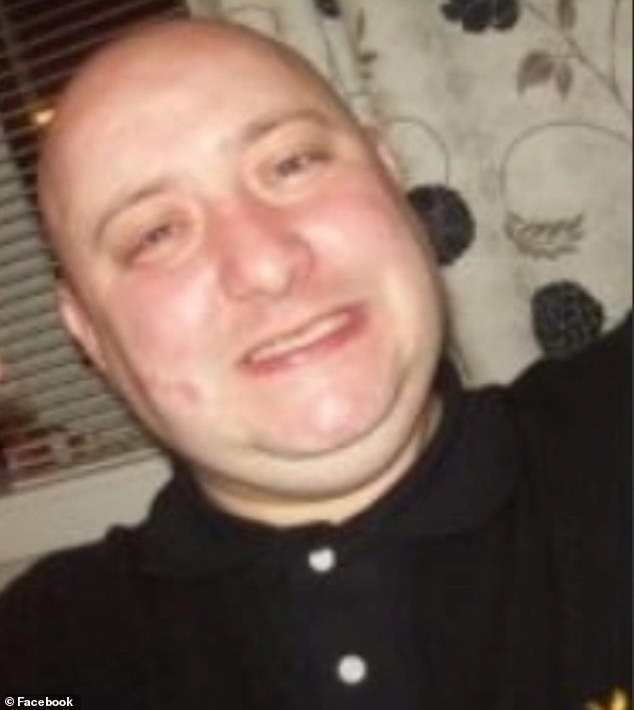 Ryan Barrie (pictured), known to friends as ‘Mini’ and who went by the stage name ‘DJ Sativa’, died after a street row in Dundee in March

He was later found unconscious and could not be resuscitated by paramedics.

A post-mortem examination found an acute subdural haemorrhage – pressure from bleeding in the brain – likely to have been caused by Mr Barrie striking his head.

He was today sentenced to 20 months at the High Court in Edinburgh.

In her statement later released, Judge Lady Scott told Robbins it was a ‘tragic case’.

She said: ‘Your actions caused the death of Mr Barrie. He was only 39 years of age.

‘You have taken this father from his young son. He and his mother, his brother, sister and friends are left forever bereft by his loss.

‘On the other hand, I am satisfied that your culpability in the circumstances here was low.

‘There was no serious violence or any intent to cause any serious injury.’

She added: ‘You were in the process of leaving when you were asked to do so and you acted on impulse and recklessly when you picked up the wheelie bin and threw it towards him (Mr Barrie).

‘I am satisfied you are appalled by the consequences of your actions and you have genuine remorse. 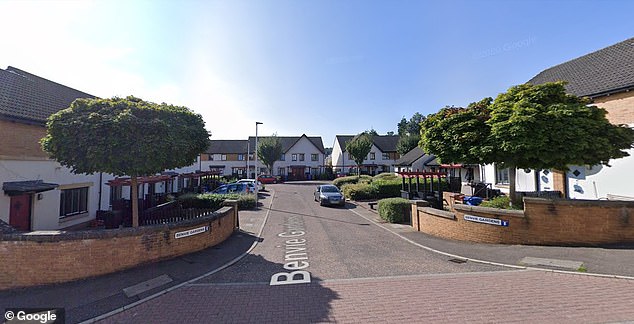 Mr Barrie was struck by the empty bin, fell forward and hit his head on a wooden fence during the incident in the city’s Benvie Gardens in March

‘You have convictions for assault but these are of some age and at a minor summary level.’

Robbins has been on remand in prison since March 3. Sentencing was reduced from two years and six months to reflect his early plea and was backdated to March 3.

Following Mr Barrie’s death, dozens of tributes were paid to the DJ, who played regular nights with promoters Tunage.

A spokesman for Tunage posted to a heartfelt tribute to Facebook at the time of his death, which said: ‘The world is missing a true playa, sound bwoy and all round VIP…

‘With a smile and a hug and always a huge TUNE!’

Another posted: ‘One of the best mates I’ve ever known…absolutely shattered and can’t imagine how the family feels.. Massive loss that wee all won’t come to terms with anytime soon. Xxxx sleep well bro.’