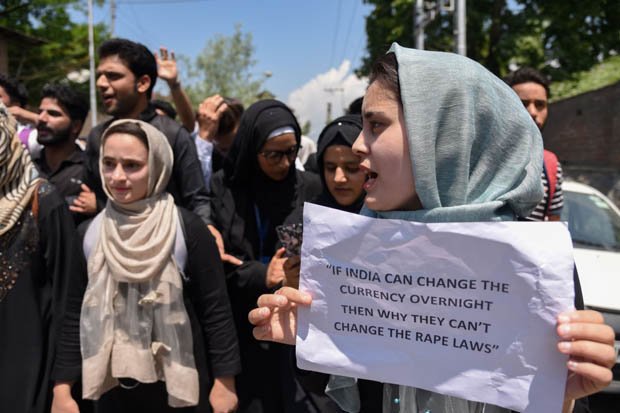 The victim is said to have gone to her mum’s brother’s house after the incident.

But her husband reportedly followed her there in his car and then apologised.

After she agreed to return home with him, he then is reported to have stopped the car on the way back and let the pair rape her again.

The alleged rapes are said to have taken place in Jaunpur, in Uttar Pradesh.

Uttar Pradesh, known locally as UP, is India’s most populous state and has become notorious for violent crime. 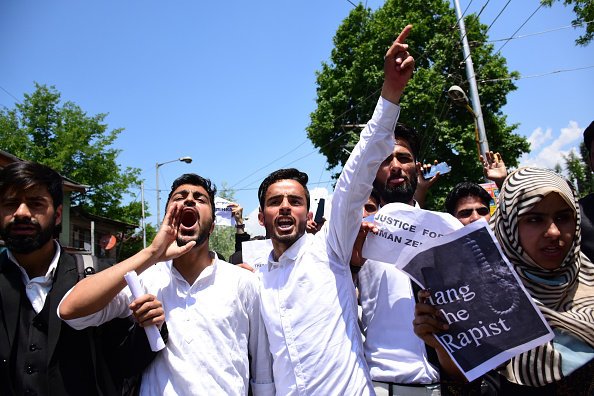 This comes after a three-year-old girl was allegedly raped and beheaded in Jharkhand.

Meanwhile, a tot of the same age was allegedly raped by her 11-year-old neighbour after he “lured her” with sweets.

And a seven-year-old girl was found dumped at the side of the road after a horrific rape in Jaipur, Rajasthan.

Many furious Indians have held protests and demanded capital punishment for rapists in recent months.