Is the Australian Open about to be CALLED OFF? Novak Djokovic says the whole event may need to be postponed because of bushfire smoke after Maria Sharapova’s match was STOPPED as players struggled to breath

Novak Djokovic, who sits on the Association of Tennis Professionals player council says the Australian Open may need to be postponed as players continue to struggle to compete due to the smoke-filled air, as Russian star Maria Sharapova has her match cancelled due to the poor conditions.

Bushfires have ravaged Australia in the build-up to the tournament, which is due to start on January 20, with 27 people dead and more than 2,000 homes destroyed.

Players reported that they had been feeling sick while training but today’s practice schedule still seemed to be running at full capacity, with sessions still being scheduled from 11am to 7.30pm local time.

The majority of practice sessions are schedule for outdoor courts throughout the day, with just a handful being on indoor courts.

The organisers had previously said the tournament would go on as planned despite air quality in Melbourne dropping to ‘the worst in the world’ overnight.

Tuesday’s play saw former world No 1 Maria Sharapova end her match at the Kooyong Classic against Laura Siegmund during the second set, which both players struggling to breathe properly, while Eugenie Bouchard took a medical time-out during qualifying for the Australian Open as she fell ill in the smoky conditions. 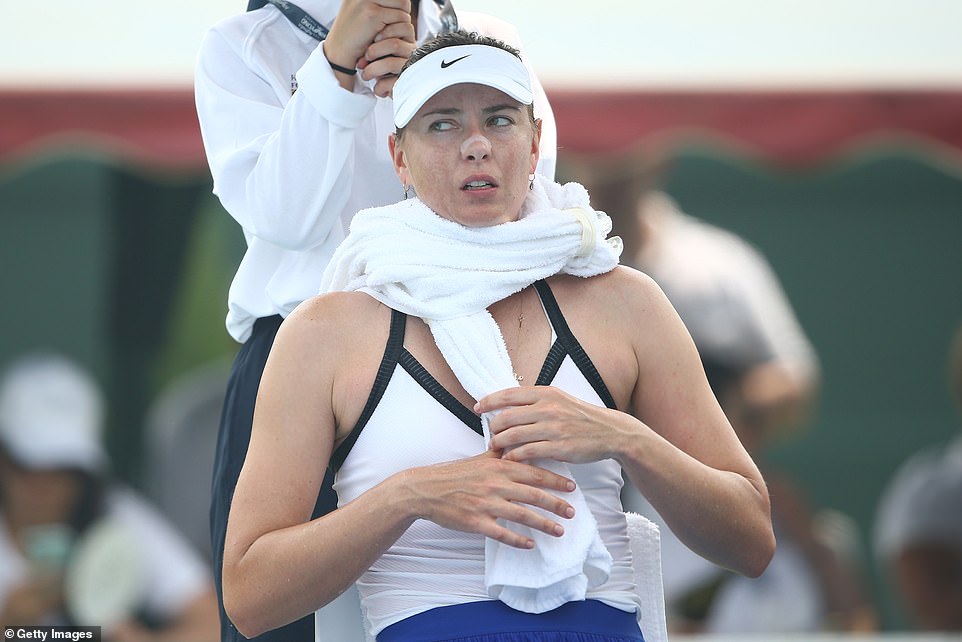 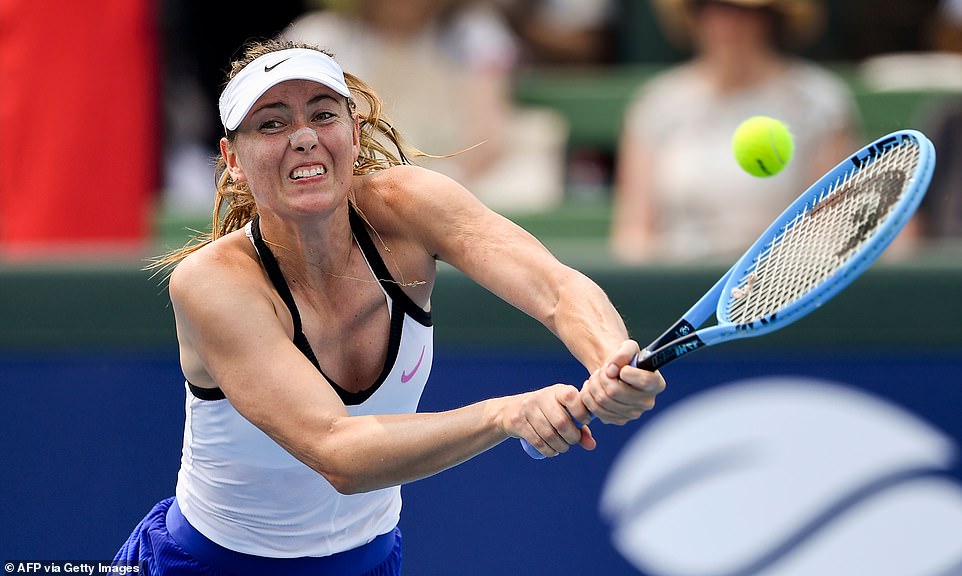 Pictured in action on Tuesday, Sharapova had to bring the match to an end. It is clear players have been struggling with the worsening conditions 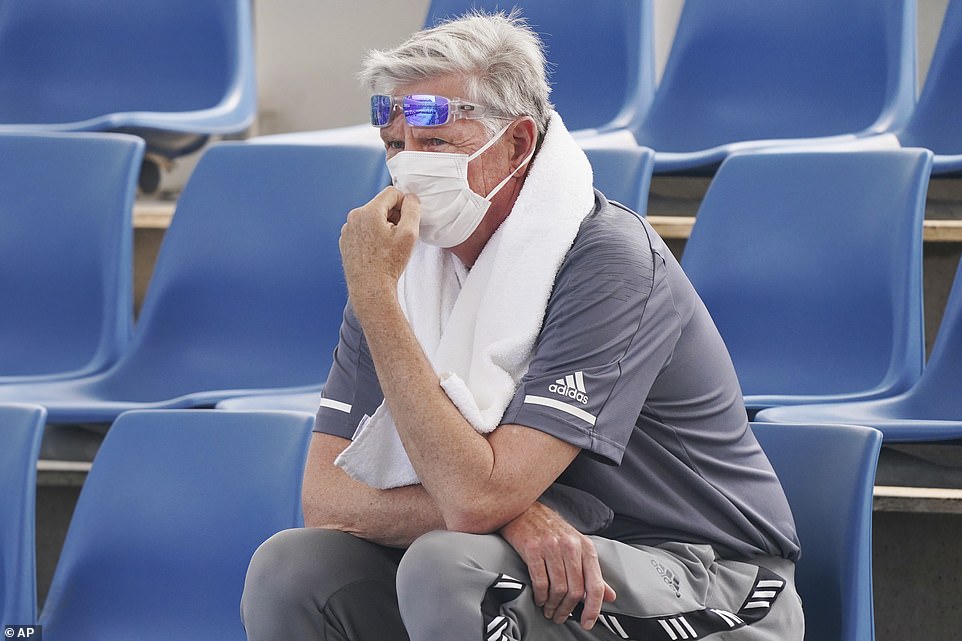 A spectator wears a mask as smoke haze shrouds Melbourne during an Australian Open practice session at Melbourne Park in Australia, Tuesday, Jan 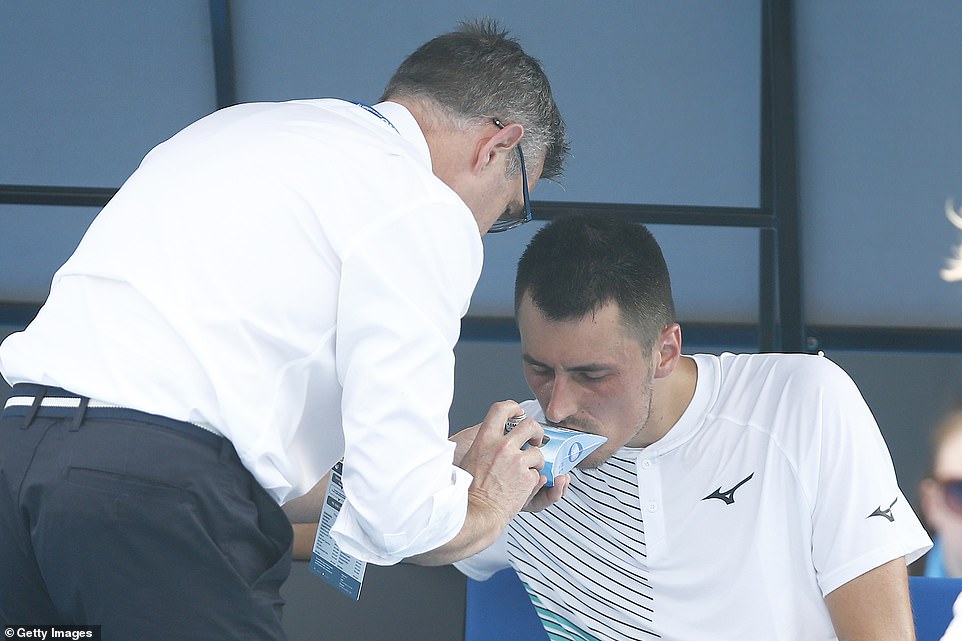 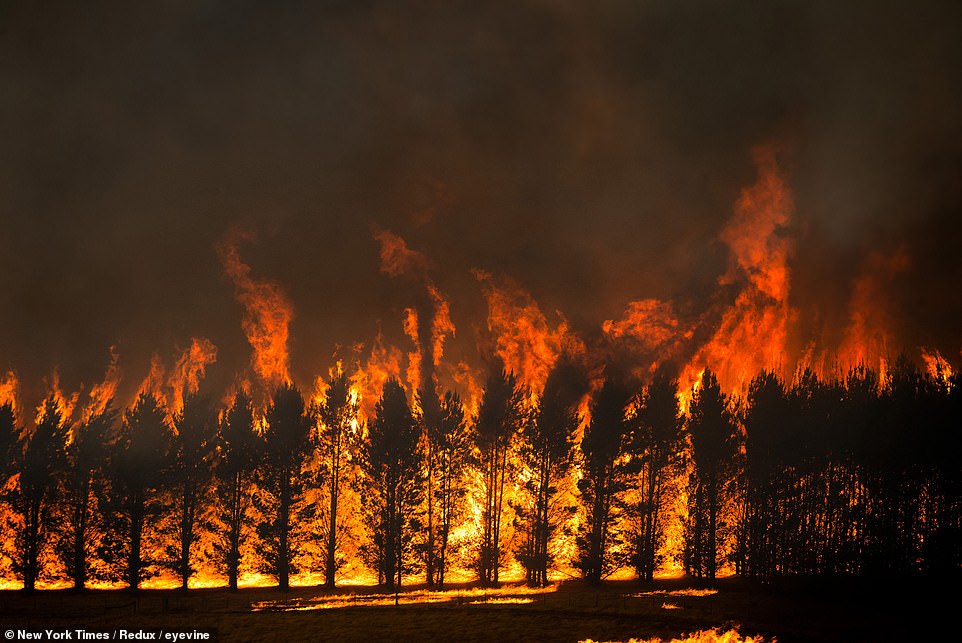 The Dunns Road Fire crowns the tops of a trees close near Maragle, Australia on Friday, Jan. 10. The relentlessness of the blazes is increasingly pushing Australia beyond crisis mode into anger and fatigue 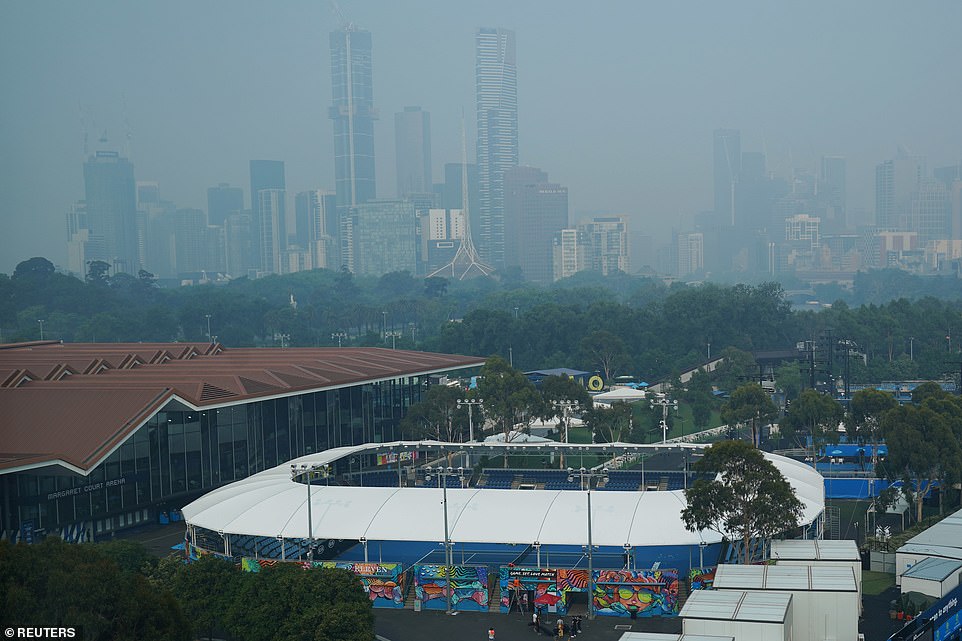 A general view is seen of smoke haze from bushfires at Melbourne Park, venue of the Australian Open practice sessions, in Melbourne today 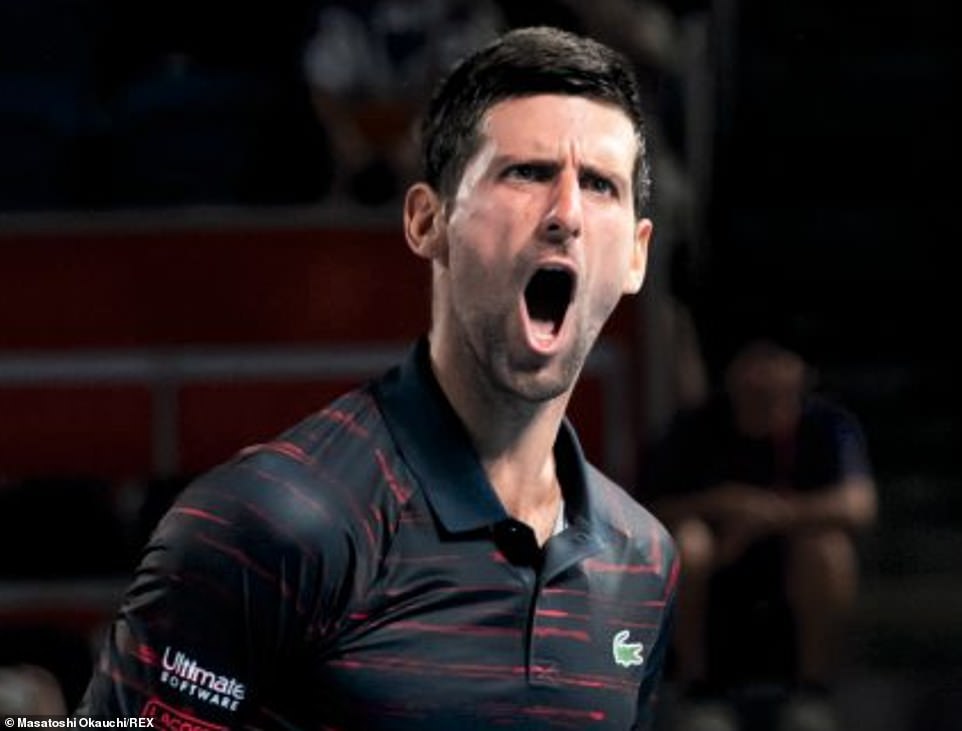 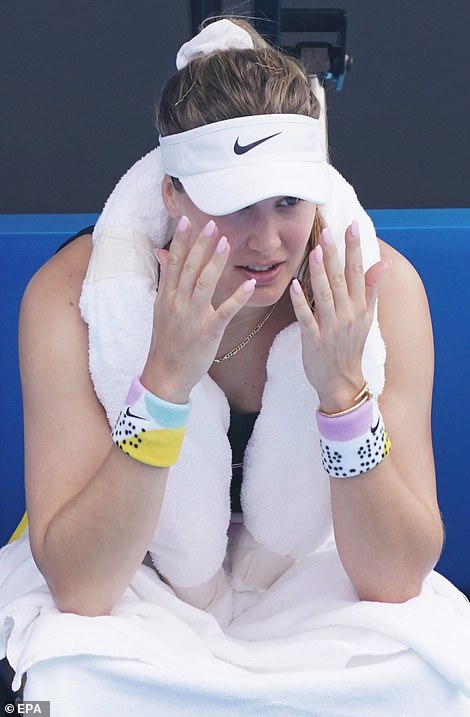 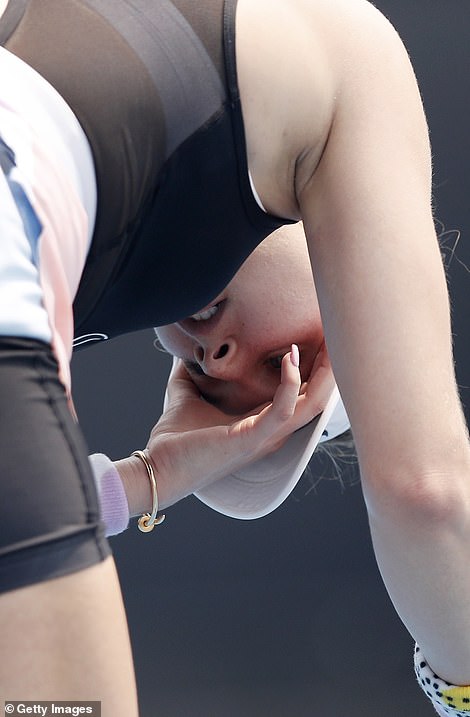 IMPACT OF THE SMOKE ON OTHER EVENTS

November 12: The Australian leg of the World Rally Championship is axed over concerns around smoke from nearby bushfires

December 19: A race meet at Tamworth was axed as organisers blame poor air quality from the New South Wales bushfires

December 22: Canberra’s smoke-filled air forces players off the ground in a Big Bash League match between Sydney Thunder and Adelaide Strikers. The game is eventually abandoned.

January 3: Events in Canberra continue to be impacted by the poor air quality from the fires as the city’s air quality is ranked the worst in the world. Tennis Australia decides to move the Canberra International to Bendigo.

A W-League football match between Canberra and Newcastle is also postponed, while a game between the Canberra Capitals and the Perth Lynx at the indoor AIS Arena is also scrapped due to air quality concerns.

January 4: The Karkarook Parkrun, an annual event in Melbourne’s south-east, is cancelled due to air quality concerns. Meanwhile, the Bridport triathlon in Tasmania is abandoned after smoke from nearby fires

Men’s world No 1 Novak Djokovic, who sits on the ATP Player Council, has already voiced his concerns for player safety and has suggested the tournament should be cancelled if smoke levels remain ‘hazardous’.

‘If it comes down to those conditions affecting the health of players, I think we should definitely consider it,’ Djokovic said on January 6, with what happened on Tuesday across multiple events unlikely to ease pressures on organisers.

Frenchman Lucas Pouille, who is preparing to appear in the main draw, condemned organisers on social media for putting players in a dangerous position.

‘I keep reading that it’s dangerous to play, to read messages from players saying it’s outrageous to play,’ he said.

‘I can’t judge I’m not there. but my question is this. Why are you going on the court?’

Elina Svitolina added: ‘Why do we need to wait for something bad to happen to do an action? #Melbourne.’

Reports in Australia say that an insurance policy would provide a nine-figure pay-out in the event of a tournament cancellation due to extreme weather conditions.

World No 82 Dalila Jakupovic was forced to quit her qualifying match after she was left ‘scared’ and distressed during an on-court coughing fit led to her decision to retire from the match while up a set on her opponent.

The decision to allow the match to take place saw organisers come under heavy criticism and things escalated thereafter with Sharapova and Bouchard high-profile players to see their health compromised.

‘Over two hours play and I actually started to feel a cough coming on at the end of the second set,’ Sharapova said after her match was abandoned.

‘But I thought maybe because I have been feeling sick for the last couple of weeks it was something to do with that.

‘Then, when I heard Laura (Siegmund) speak to the umpire about it saying she was struggling as well, I was like ‘OK, thankfully I am not the only one’.

‘The umpire came down and said to play one more game but we were out there for over two hours and I think for my health stand-point it was the right call from the officials.’

Bouchard, who was determined to see her qualifying match through as she beat You Xiadodi 4-6, 7-6, 6-1, found it ‘tough to breathe’ in the second set.

‘No cough, just heavy air, a bit tough to breathe and when you’re out of breath after a long, tough point I felt I couldn’t breathe well and that feeling made me a bit nauseous.’

Australian Open tournament director Craig Tiley has insisted all the precuations to protect players are being taken and that smoke delays will be treated like rain or heat having delayed qualifiers by one hour on Tuesday morning. 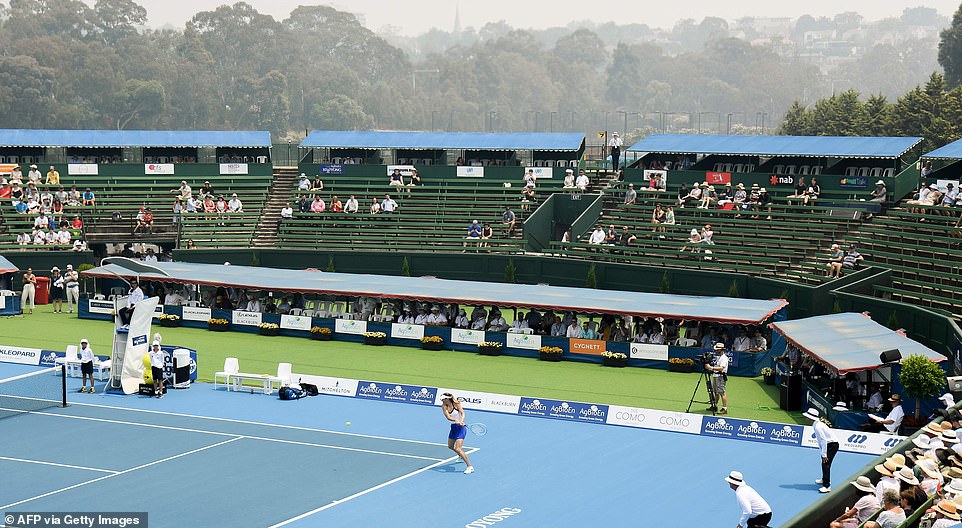 Sharapova’s exhibition match in Kooyong was impacted by smoke from the nearby bushfires. The sky can be tinted brown above the court 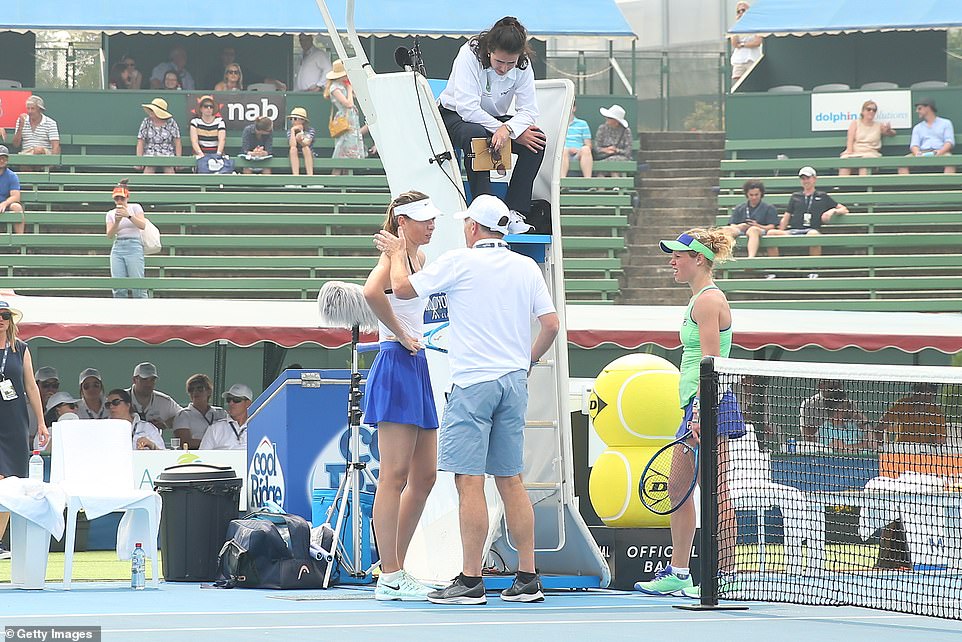 Sharapova (left), with Laura Siegemund (right), talking to officials before the game is called off. Players had previously complained of feeling unwell

‘Like when it is too hot or when raining, play will be suspended should the above measures deem that necessary,’ Tiley said.

‘We are also consulting closely with the WTA and the ATP and the decision we made this morning, both tours supported those and recommended those,’ Tiley said. ‘This is a new experience for all of us, how we manage air quality, and therefore we have got to rely on those experts that advise us how best to continue.’

The Environment Protection Authority Victoria is being used along with a dedicated team on-site to establish the air quality and whether it is safe to put players out on court.

The EPA use five categories ranging from good to hazardous to determine the air quality and Melbourne is currently in the hazardous level.

Australian Open’s medical team and the Bureau of Meteorology are also conducting their own checks to determine the safety of play.

Air quality is calculated by measuring the average concentration of a pollutant in the air over one hour.

That figure is then compared to the measurement guideline or standard for separate categories from one to 10. The Air Pollution Index currently has Central London at 30, falling into the ‘good’ category of air quality.

Government advice to citizens in Melbourne and surrounding areas is to ‘minimise the time spent in smoky conditions whenever practical to do so,’ and it goes further to suggest they ‘avoid exercise’.

Tennis Australia was already forced to move a tournament in Canberra due to the damaging levels of smoke making the facility unusable for players and spectators.

A Big Bash League match between Sydney Thunder and Adelaide Strikers on December 22 was stopped and eventually abandoned due to smoke levels.

Formula One organisers are said to be closely monitoring the air quality in the coming days as fears grow over the the season opening race in Melbourne on March 15.

Non-sporting events including Day on the Green music festival in Victoria’s north-east has been forced into cancellation at the last minute due to the hazardous air quality and pressure is building on the Australian Open to delay the start of the tournament. 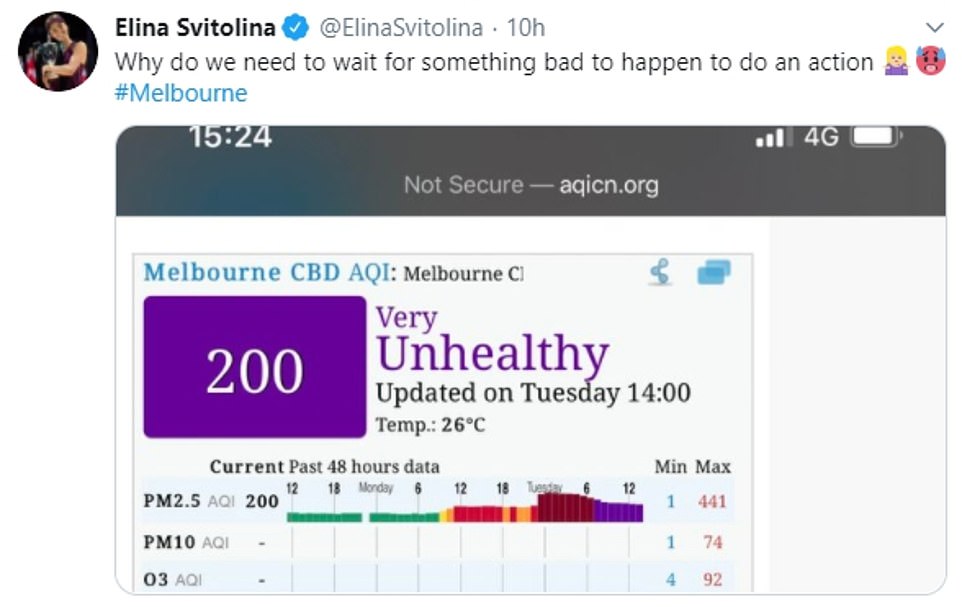 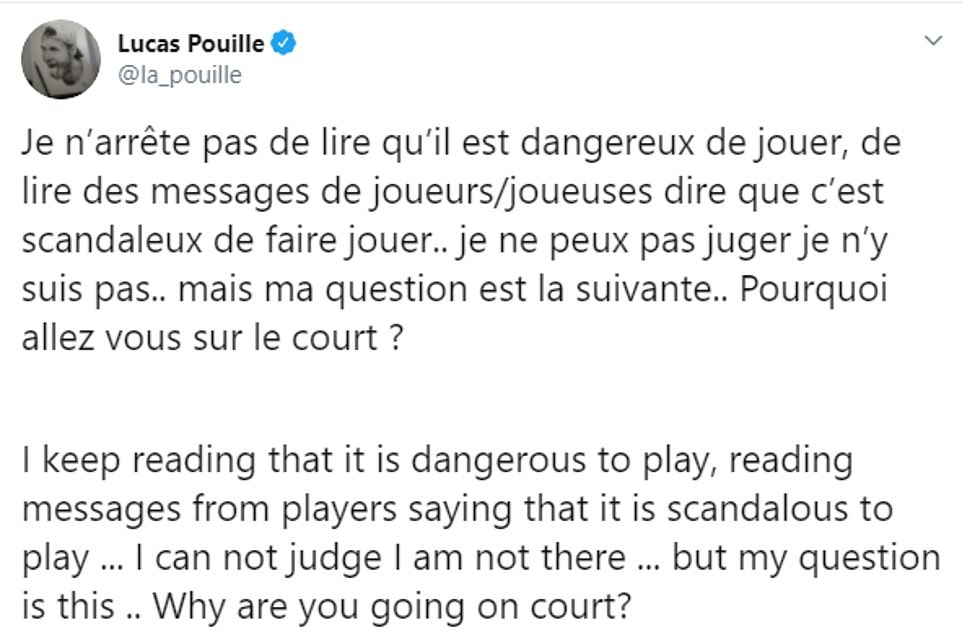 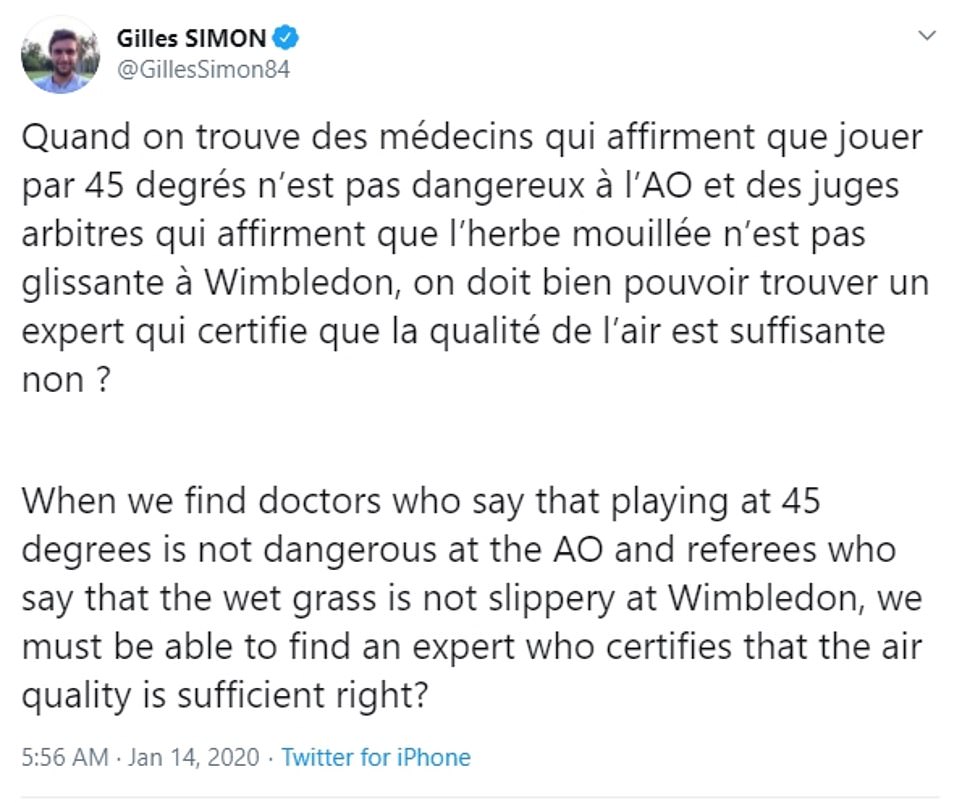 It’s a good day to be outside.

The air quality is okay, but it could change soon.

It’s okay to be outside but watch for changes in air quality around you.

The air is probably dusty or smoky. Sensitive groups may experience symptoms like coughing or shortness of breath.

If you are sensitive to air pollution, spend less time outside in the smoke or dust and follow your treatment plan. Reduce prolonged or heavy physical activity.

If you are coughing or short of breath, avoid being outside in the smoke or dust.

The air is probably very dusty or smoky. Everyone could be experiencing symptoms like coughing or shortness of breath.

Avoid being outside in the smoke or dust. Reduce prolonged or heavy physical activity.

If you are sensitive to air pollution, follow your treatment plan. Avoid physical activity outdoors.

If you think the air in your home is uncomfortable, consider going to an air-conditioned building like a library or shopping centre for a break if it’s safe to do so.

The air is probably extremely dusty or smoky. Everyone could be experiencing symptoms like coughing or shortness of breath. Stay indoors away from smoke and dust.

If you are sensitive to air pollution, follow your treatment plan. If you can, remain indoors and keep physical activity levels as low as possible.

If you think the air in your home is uncomfortable, consider going to an air-conditioned building like a library or shopping centre for a break if it’s safe to do so.