Massachusetts authorities investigating the 1972 murder of a 13-year-old altar boy have determined that a defrocked Roman Catholic priest who recently died was his killer, bringing an end to a cold case that had remained unsolved for nearly half a century.

Hampden District Attorney Anthony Gulluni announced Monday that his office was preparing to prosecute Richard Lavigne, the longtime suspect in 13-year-old Danny Croteau’s death. But Lavigne died Friday at the age of 80 before he could be arrested.

“Danny’s parents, Carl and Bernice, told reporters that they just wanted answers. Based on the accumulation of historical evidence, the evidence gained in the last year, and the admissions of Richard Lavigne, I believe we now have those answers,” Gulluni said in a statement. “While they didn’t come in time for Danny’s parents to hear them, I hope that the answers provided today are helpful to Danny’s remaining family who have suffered for so long.” 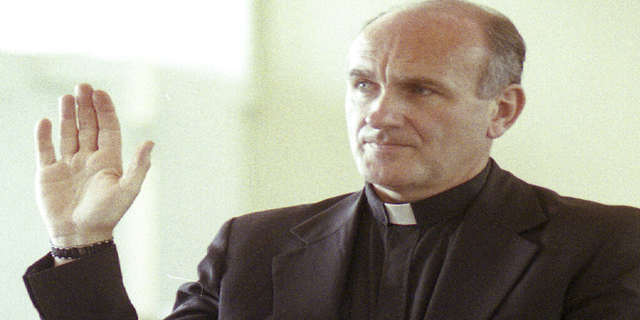 Croteau was last seen alive on April 14, 1972. His bludgeoned body was found the next day on the banks of the Chicopee River, a few miles from the family’s home in Springfield. An autopsy concluded the boy had been killed with a rock.

Croteau’s family said they believed the priest abused their son and killed the boy to stop him from reporting it.

“This past Friday, detectives with the Massachusetts State Police Detective Unit assigned to the Hampden District Attorney’s Office were authorized by DA Gulluni to present the case against Richard Lavigne to a magistrate in order to obtain an arrest warrant for the murder of Danny Croteau,” Gulluni’s office said in a statement on Monday. “However, Lavigne died this past Friday evening, May 21, in a hospital facility in Greenfield.”

Prosecutors said Lavigne was interviewed by investigators five times in April and May this year at a local medical facility where he was receiving care.

“During all of the interviews, Lavigne refused to specifically admit that he killed Danny Croteau, and at times, was cagey and evasive, continuing his long-running attempts to mislead and distract investigators,” the Hampden District Attorney’s Office said. “However, he made several statements to indicate that he was the last person to see Danny Croteau alive, that he brought him to the riverbank on April 14, 1972, that he physically assaulted him there, and after leaving Danny there and returning a short time later, that he saw Danny floating face down in the river.

“He stated further that he neither attempted to rescue him nor alert Danny’s parents or police of Danny’s whereabouts or condition,” the statement added. 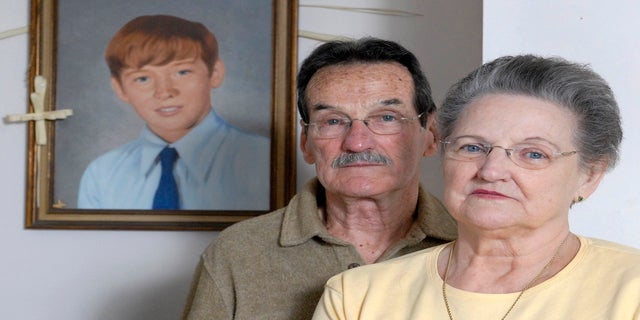 Carl and Bunny Croteau stand in front of a portrait of their murdered son, Danny, in their Springfield, Massachusetts home in this Feb. 26, 2008 file photo. (AP)

MINNESOTA POLICE ARREST HUSBAND OF HEIDI FIRKUS IN HER 2010 HOMICIDE

In a clip of the interviews played for reporters on Monday, Lavigne, according to The Associated Press, said: “I just remember being heartbroken when I saw his body going down the river knowing I was responsible for giving him a good shove.”

Joe Croteau, Danny’s brother, said his family is disappointed that Lavigne will not be brought to justice, but believe “there’s a higher power and he will face that higher power now.”

Lavigne, the Croteau family’s parish priest, was the only named suspect in the killing of the boy. He had a close relationship with the Croteau’s family and often hosted the boy for overnight visits. Days after Croteau’s body was found, Lavigne asked authorities: “If a stone was used and thrown in the river, would the blood still be on it?”

One of Croteau’s other brothers told authorities a man called shortly after the boy’s death and apologized for what happened to Danny, saying “it was an accident” and that the boy had seen “something” he shouldn’t have. The caller would not identify himself and hung up, but Croteau’s brother said he recognized the voice as Lavigne’s. 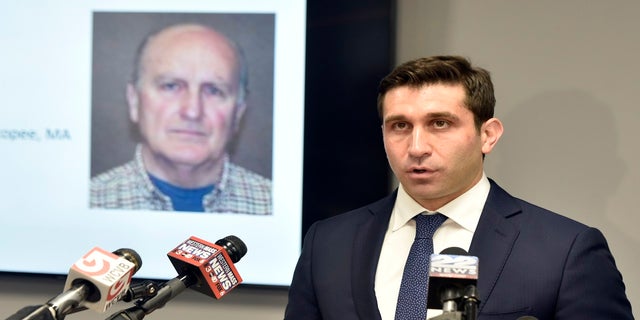 The priest pleaded guilty in 1992 to molesting young male parishioners. He was sentenced to 10 years’ probation and seven months of mandatory sex-offender counseling. He was defrocked in 2003.

Bishop William Byrne of the Springfield Diocese said in an emailed statement to The Associated Press that Gulluni’s announcement “brings sad closure to a tragic event” that has hung over the community for decades.

“It is incredibly disheartening to learn that a priest, a person ordained to care for God’s people, would have committed such an evil crime and then not taken responsibility for his actions,” he said.