Met Office weather forecasters have signalled a potential end to summer 2020, as temperatures descend and cloud envelops much of the UK. The country has seen more than three distinct heatwaves this year, many of which emerged over bank holiday weekends. But Brits are out of luck for the last one, and it starts after a Friday etched with weather warnings.

According to the Met Office, Saturday, August 29 to Monday, August 31 will include some of the lowest temperatures this summer.

On Saturday, the mercury will drop to lows of 11C, rising to a maximum of 17C during the day under thick cloud.

Sunday and Monday will look much the same, with lows of 12C and 13C respectively.

Maximum temperatures will hit 18C on both days, but those celebrating the bank holiday can at least do so outside, with forecasters predicting “most parts” will remain dry. 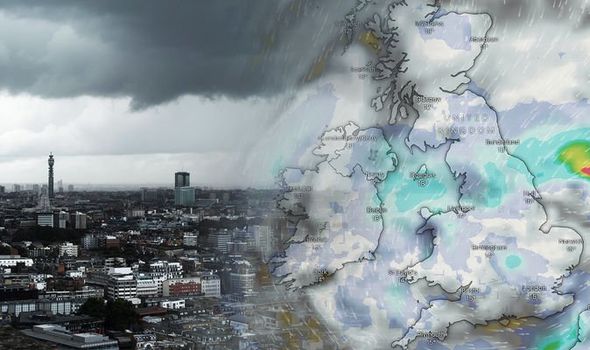 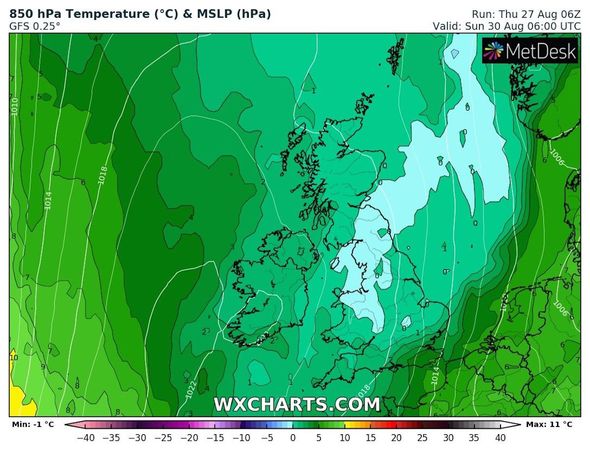 The forecast for Sunday to Thursday predicts any bluster which develops today will subside before rain returns.

The Met Office said: “Winds easing overnight with just the odd shower over Kent, then mainly fine through Sunday and Monday with sunshine by day, but some cold nights. Cloudy with showers on Tuesday.”

Before Brits make it to the weekend, however, they will have to navigate a chain of weather warnings.

Forecasters have placed two over the country one for rain in the northeast, and another for southern England. 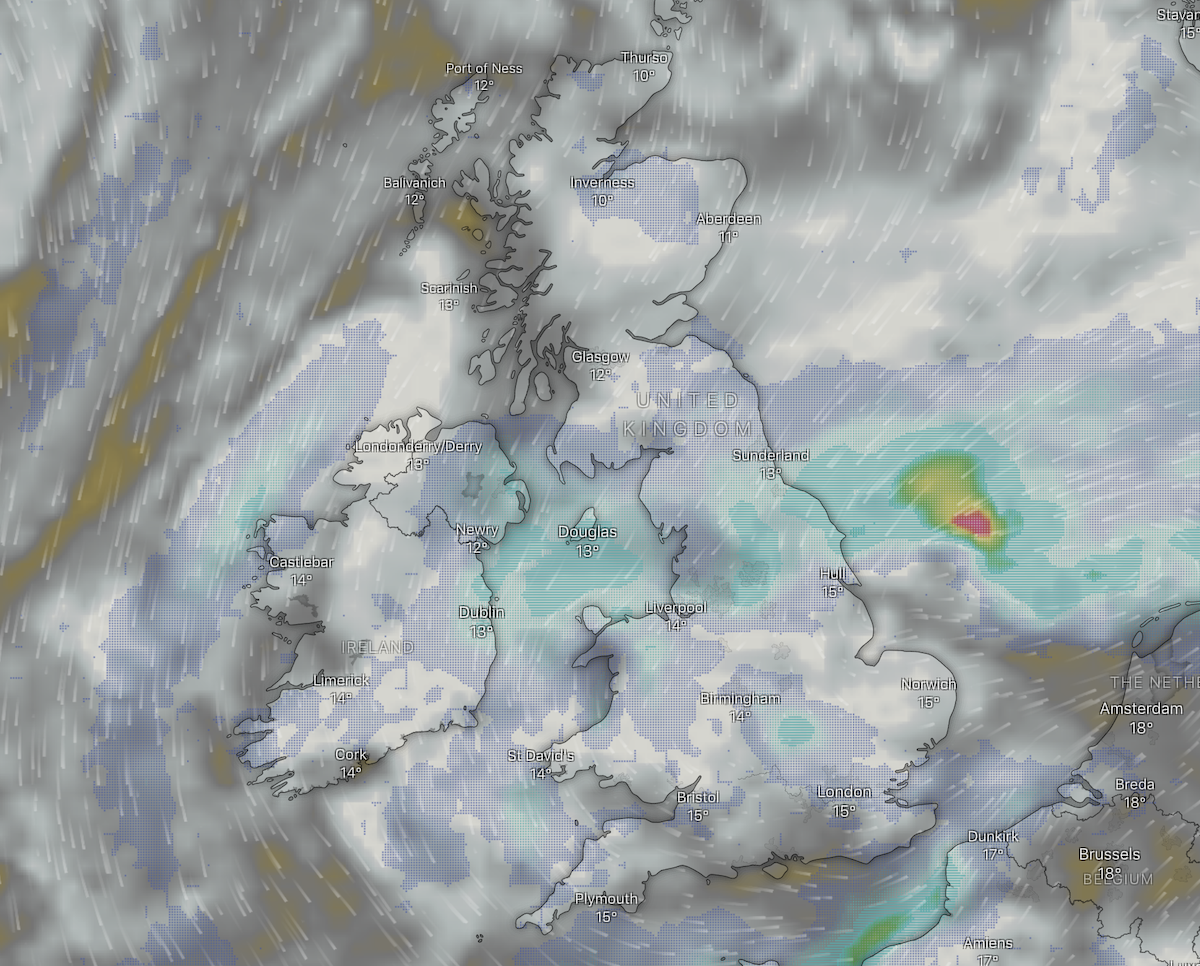 The first one, placed around the coast of Newcastle, warns people to expect up to an inch of rain until 10am today.

The weather could cause flooding, spray, potential power cuts and multiple transport delays.

Thunderstorms will descend on the south of England, with inches more rain between 11am and 8pm.

Many of the same warnings for flooding and delays apply over the region, which covers up to Birmingham. 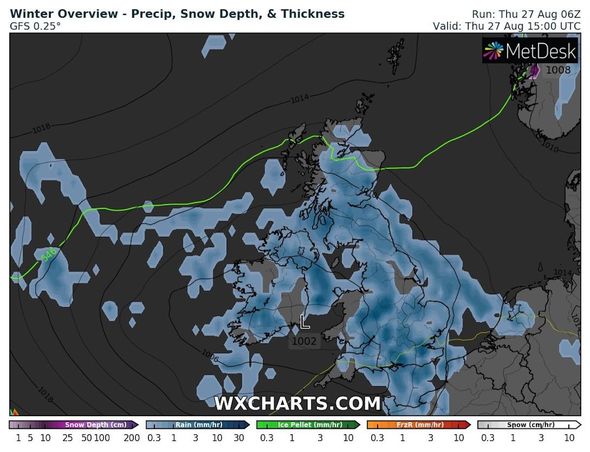 The warning reads: “Heavy showers and thunderstorms are expected to develop quite quickly later on Friday morning, but peaking during the afternoon for many, before probably becoming more restricted to the southeast and south coastal counties towards evening.

“Some places will miss the heavier rain, but other locations could see around 20 mm (0.5 inches) within an hour and perhaps 30 to 40 mm (1 to 1.5 inches) in around three hours, sufficient to cause issues on the roads.”

The Met Office long-range forecast signals little respite from the recent spate of wind and rain, with risks of more increasing until September 10.

The forecast states: “Outbreaks of rain are likely to progress east through the day on Tuesday, possibly turning heavy in the west and southwest and with isolated showers possible in the east in the afternoon.”

“Looking further ahead into next week, overall conditions look to turn more unsettled with spells of rain and strong winds, most likely across southern and western areas.

“It should become drier and less windy through the period, though there is a risk of further outbreaks of rain arriving in the far west later on.

“Temperatures should generally be slightly cooler than normal early on, with a risk of overnight ground frost, before gradually climbing back up towards average later.”

Celebrities
Big movies making at-home debut amid coronavirus pandemic Fandango correspondent Nikki Novak breaks down big film titles that will be...
Lifestyle
We MUST save our bonking cads and bounders! As a survey finds today's young can't grasp some of our juiciest...
TV & Movies
Both series will take place at Globe Life Field in Arlington, Texas ESPN may be synonymous with sports, but plenty...
World News
HAPPINESS levels have dropped for all age groups since Covid arrived — except over-65s, an official government report shows. Popular...
Beauty
The Nordstrom Anniversary Sale ended a month ago, so finally it is time for another Nordstrom sale. Snag your favorite items on sale...
Fashion
There are moments in each watch brand’s history where a eureka moment has helped define it as a brand— rubber...
Recent Posts
We and our partners use cookies on this site to improve our service, perform analytics, personalize advertising, measure advertising performance, and remember website preferences.Ok