She has now been diagnosed with the bug on five separate occasions and has now been referred to a hospital’s specialised tropical medicine unit. She is now suing holiday company TUI, who she alleges failed to properly warn holidaymakers about Cyclsopora. Nearly 600 Britons have been struck down with the bug since 2015 and 14 more cases have already been reported this year in the resorts of Cancun and next door Riviera Maya. Cyclospora is linked to food contaminated by faeces and British tourists travelling to the area are being warned to take extra care. Rebecca Bass – who lives on the English/Scottish – said she was sickened by the news of the latest outbreak.

She said: “TUI have been appalling. They’re not safeguarding their customers, they are just taking their money and that is wrong.

“If I had known there was a bug there I wouldn’t have gone. We even asked the TUI shop before we booked if there was anything to worry about.

“But they showed us the warning screen and it didn’t say anything about cyclospora.

“And now it is still going on people need to know what they are flying into.

“I have lost a year of my life because of the illness and there is no end in sight.

“People need to know the risks and if they get ill they need to ask their GP for a Cyclsopora test.” 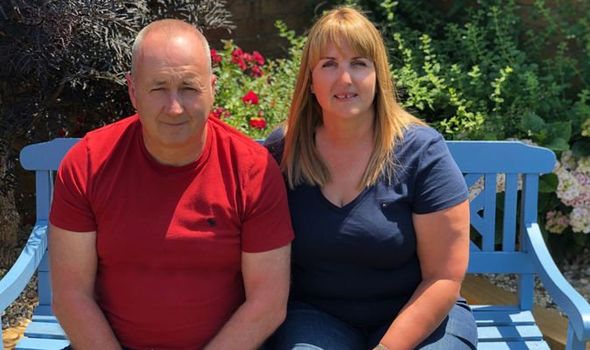 The sickness bug is spread by infected human faeces contaminating water or food and previous outbreaks have been connected to salad products like mint, lettuce or basil and fresh soft fruits like raspberries.

Health Protection Scotland has warned British holidaymakers about the outbreak and have urged anyone who feels sick to seek medical attention.

Mrs Bass, a council worker, and her boyfriend Kevin splashed out on the “holiday of a lifetime” for her 50th birthday last year at the TUI Sensimar Eldorado Seaside Suites and spa hotel in Riviera Maya but ended up living a nightmare.

She said at first they enjoyed the gourmet, on-site restaurants and tried to stay healthy enjoying smoothies or fruit and salads. 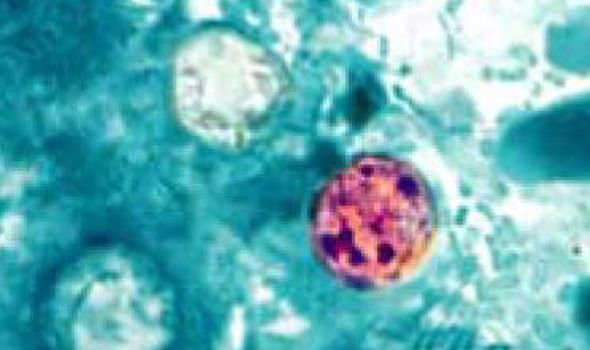 Mrs Bass added: “I thought I was in safe hands. But it turns out every meal I had something which put me at risk.”

Five days into their holiday she began to feel ill with a dodgy tummy which she put it down to the climate or early menopause.

Mrs Bass, of border town Berwick-Upon-Tweed, Northumberland, said: “I felt ill but when you go away you expect a bit of a bad tummy and I put it down to that or a bit of jet lag.

“Also I was getting quite hot so I thought as a lady in my fifties, it could have been the start of the menopause.”

She said she tried to put on a brave face for the rest of the holiday for the sake of her boyfriend, 54, but was suffering crippling stomach pains and a high fever.

She added: “I had no energy and had to keep going to the toilet. I had really bad stomach cramps and felt sick. I couldn’t regulate my temperature.

“I was boiling hot one minute and freezing cold the next. I even sat in the sea to cool myself down. Despite the heat, I was still shivering.”

Mrs Bass said she complained to their concierge who took a report of her illness and told her to take more fluids.

She counted down the days before returning home in July 2018 and when she landed spent the next few days in bed.

She later went to her GP and was diagnosed with Cyclospora.

But after a course of strong antibiotics, she was still feeling ill the following month and her ordeal was only just beginning.

When her condition failed to improve she returned to her doctor for more tests and was diagnosed with Cyclospora for a second time in September 2018 and given more antibiotics.

She had informed the TUI store where she had booked the holiday about her illness. 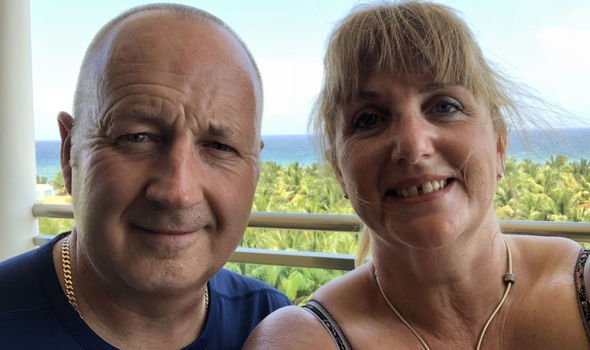 Mrs Bass added: “The way they responded made me feel very small. They didn’t even care that environmental health were involved and I was still sick. If I hadn’t been on their holiday I would never have got ill.”

Despite the medication, after a brief respite, she began to feel ill again with constant tiredness, nausea, stomach cramps and diarrhoea.

She said: “I was so debilitated. I am a strong person but it does wear you down. It affects your mental health.

“The tiredness and muscle ache were constant. I needed to go to the toilet constantly and it really affected my life – I found it hard to go to places and work. “

These symptoms continued until the following year and after a series of blood tests she swapped GPs in May this year and it was confirmed the bug had returned for the third time.

After another two week course of antibiotics and further blood tests, she tested positive for Cyclospora for a fourth time.

Incredibly, in July the bug returned for a fifth time and she has now been referred to a hospital tropical disease unit.

She added: “I can’t believe the bug that has controlled my life for over a year has come back. I am constantly exhausted. It’s not visible but it is always with you. TUI are just wanting to wear people down but I am not letting them get away with it.”

She is now taking legal action along with other families who have been caught up in the latest outbreak.

Simpson Millar solicitors are representing Mrs Bass and more than 450 victims caught up in the current and past outbreaks.

“TUI knew there was a problem in the resort but failed to warn their guests adequately.

“This has been a horrendous time for Mrs Bass and her family. Tour operators need to do much more to ensure that safety of their holidaymakers while abroad.”

A TUI spokesman said: “We’re sorry to hear that Mrs Bass became unwell on her holiday.

“As this is now a legal matter, it would be inappropriate to comment further.

“We’d like to reassure customers that we regularly audit all we feature in respect of health and safety, including hygiene.”