Former cricketing great Michael Slater has been charged with breaching his bail conditions by officers who conducted a welfare check on him at his Manly home.

Slater, 52, is facing charges of assault and stalking/intimidating a 35-year-old woman following an alleged incident that occurred in April this year. He has pleaded not guilty to the charges. 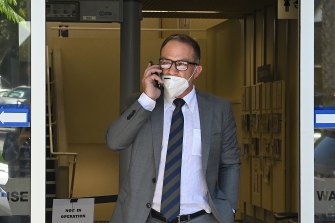 He was granted bail on condition that he would not contact the alleged victim or use alcohol or illicit drugs.

Officers conducted the welfare check just before 10pm on July 10 after police received a report of concern for his wellbeing.

During the check, police allege they found Slater to be in breach of his drug and/or alcohol restriction.

Following the welfare check Slater was taken to Northern Beaches Hospital. He was later taken to Manly police station where he was charged with the breach of bail, a statement from police said.

“Officers attached to Northern Beaches Police Area Command were called to a unit on West Promenade at Manly shortly before 10pm on Thursday 14 July 2022, due to concerns for the welfare of a 52-year-old man,” the statement said.

“The man was taken by NSW Ambulance paramedics to Northern Beaches Hospital without further incident.

“On Monday 18 July 2022, he was escorted to Manly Police Station and charged with breach of bail, appearing at Manly Local Court the same day.”