The eco phonies: Mobile phones are doing untold harm to the planet but green campaigners can’t live without them. TOM LEONARD reports on the precious metals that are mined for the smartphones so beloved of Extinction Rebellion followers

They were brandished in their tens of thousands during Extinction Rebellion’s recent protests. At anti-fracking rallies they were waved defiantly in the faces of the police and security guards.

No self-respecting eco-warrior can go without their shiny, up-to-date smartphone.

How else could they film their marches and share them on social media, or stay abreast of the latest howls of outrage on Twitter about the destruction of the planet?

Unfortunately, there is a terrible irony about Apple’s iPhone and its Android rival becoming the tools of environmental protest. 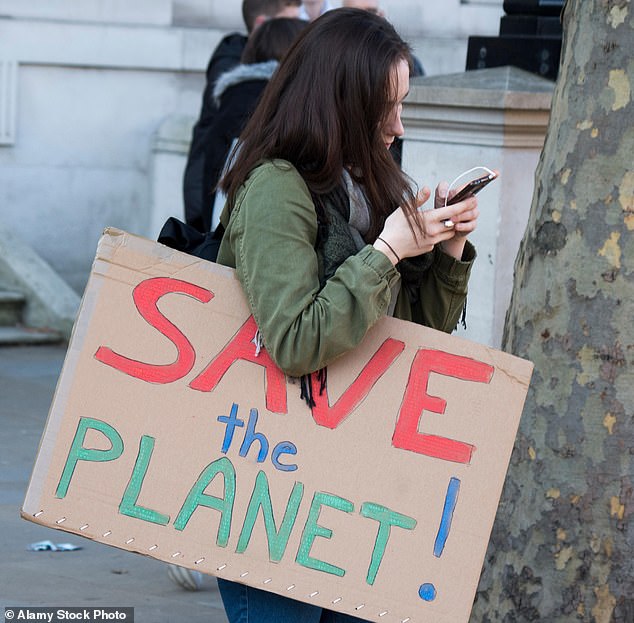 Protester checks her phone during a demonstration against Climate change in Westminster, London earlier this year

For they are a big part of the problem, too.

More than 50 million tonnes of ‘e-waste’, the term for discarded electronics products, is now generated every year.

And that is rising at an alarming rate: by 2020, five billion people will have a mobile phone — with many slaves to an immensely wasteful industry that cynically pressures them to buy a new version when the old one is perfectly good.

The phones aren’t just aluminium, plastic and glass, they contain precious materials which are in limited global supply: gold and copper in the wiring, silver and platinum for the main printed circuit board, lithium in the batteries, cobalt and aluminium.

Some of these materials come with a devastating price — one that reveals the hypocrisy at the heart of today’s eco-brigade. 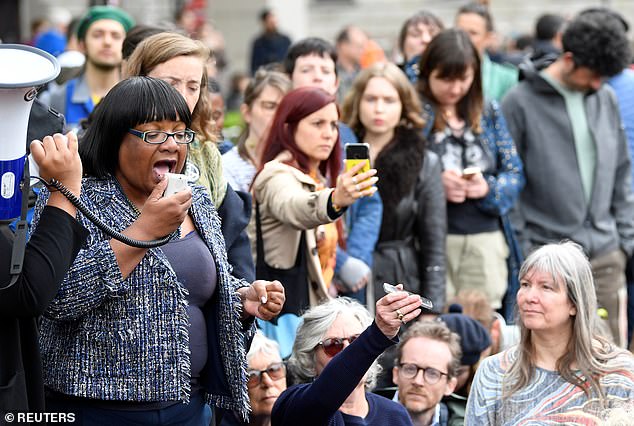 Take tantalum, a hard metal named after the mythological character Tantalus. Because the metal is almost impossible to corrode, it plays a major part in making electronic devices smaller.

The biggest supplier of tantalum is Rwanda and its resources helped to fund parts of the Second Congo War, one of the bloodiest conflicts since World War II. Both sides used children and slaves to mine it.

Even into the 21st century, children aged seven were paid just £1.50 a week to go down narrow tunnels in the Democratic Republic of Congo — the world’s second largest source of tantalum — and chip away at river beds that are at constant risk of collapse.

In 2014, Apple announced it would no longer use tantalum from war zones. But human rights campaigners would like to see the same pledge made for gold, tin, cobalt and tungsten. 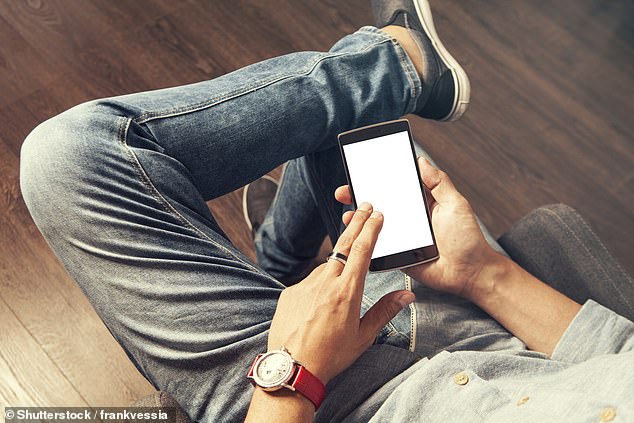 More than 50 million tonnes of ‘e-waste’, the term for discarded electronics products, is now generated every year

As for rare earth metals — a collection of elements found in the Earth’s crust — most come from Inner Mongolia, a semi-autonomous region of China, where by-products from mining (much for mobile phones) have produced a toxic lake described as one of the most polluted places on the planet.

In the nearby industrial city of Baotou, the air is filled with a relentless odour of sulphur.

The frightening body of water is surrounded by pipes and is three times as radioactive as normal background radiation.

It has rendered nearby fields toxic, forcing many locals to abandon their homes.

Uncomfortable with the technology industry’s reputation as an environmental menace, Apple is stepping up its efforts to recycle phones — enlisting a giant robot named Daisy to separate out its various metals to be recycled. So far, there are two Daisies, wrenching apart iPhones at plants in Texas and the Netherlands.

Its large grey robotic arm moves at speed, twisting and turning a mobile phone in its grip, then systematically pulls it apart.

Of 1.5 billion iPhones sold since they were first unveiled by Apple’s founder Steve Jobs in 2007, it is estimated that 700 million are currently in use.

What those precious metals actually do

Aluminium: Almost a quarter of a phone — used for the casing and in the battery.

Arsenic: Although it’s been phased out of the newest iPhone models, there are minuscule amounts of this chemical — a carcinogenic poison — in some phones. It’s used to strengthen the glass screen (although not in amounts large enough to be dangerous).

Carbon and tin: Key ingredients in the alloys used to create various components.

Cerium: And other rare earth metals are used in solvent to polish touchscreens and colour glass.

Cobalt and lithium: Used in the battery.

Gold and silver: Used in the camera, a coil for charging phones and circuit boards. Gold is a very efficient conductor of electricity. Silver is used in the solder.

Neodymium: makes tiny, powerful magnets that provide the volume through the speaker.

Potassium: Used to make the screen.

Tin and copper: Found in the printed circuit board, in cameras and smaller components. Tin is also used in the solder binding components together.

So when they are junked for a new model, there is an awful lot of jettisoned plastic and metal.

Many of the valuable metals such as gold are only in tiny quantities — but they all add up. Depending on the model, a ton of iPhones would deliver 100 to 300 times more gold than a ton of gold ore — and six times more silver than a ton of silver ore.

Mining expert David Michaud has estimated that 37 million tons of rock had to be mined to produce the first billion iPhones. Shockingly, to produce a single device requires mining 34kg of ore, and using 100 litres of water and 20 grammes of cyanide (used to extract gold from the ore).

Recycling a TV made in the 1970s would have yielded little more than half a dozen basic materials.

A typical mobile phone contains 62 different metals of varying degrees of rarity and preciousness. (See the examples, above.)

This is where Daisy comes in.

These are among 14 materials (plus glass, lithium, tantalum and plastics) that Apple is concentrating on in its recycling drive.

Daisy has a 21st century Heath Robinson feel to it. It’s actually four robots joined together and is about 30ft by 10ft and surrounded by plexiglass. It has three or four human staff who feed iPhones into a funnel at one end and remove the separate bits from various chutes at the other end.

Daisy uses visual recognition technology to identify any of 15 (out of a total of 21) versions of the iPhone, inserting them into various slots. It then punches out the screws holding each phone together and pulls it apart.

The robot can dismantle all but the most seriously smashed up iPhones. Each phone takes three to four minutes to dismantle.

The separated materials are crushed to dust and smelted, then used in new products.

Critics have dismissed Daisy as a publicity stunt. If Apple is serious about saving the planet, they say, it should make phones that don’t need to be replaced so often.

(Apple says its phones last longer than their rivals and they are trying to refurbish more phones — nearly 8 million last year — so fewer need to be recycled).

It says its ultimate goal is to make all its products from renewable or recycled materials.

Environmental campaigners have applauded Apple for going in the right direction.

But one only needs to look in the cramped, dangerous holes in Africa — where children as young as six slave away, mining for precious metals that often end up in our phones — to see that.