Several Shanghai health officials have been reprimanded after an elderly man was carried out of a nursing home in a body bag while still alive.

Footage captured by nearby residents showed confused staff unzipping the bag to discover the patient inside was still breathing.

Health workers in full protective equipment quickly wheeled him back into the home but the incident has sparked criticism on Chinese social media.

The government of Putuo district, where the nursing home is located, said the person in the video had been receiving treatment in hospital and had stable vital signs.

A local government spokesperson confirmed the incident and said five officials had been punished and the licence of a doctor revoked.

There have been reports of starvation after 26 million people were locked in their homes and forced to rely on deliveries. 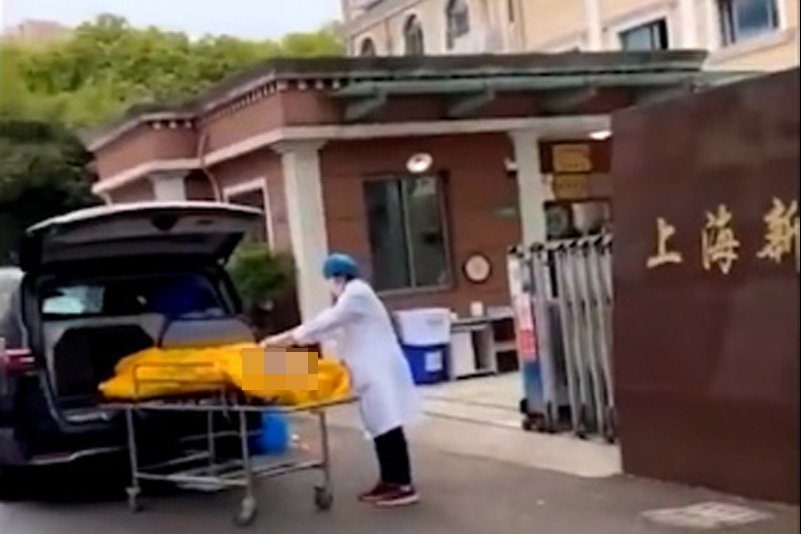 Widespread problems with hastily arranged food infrastructure plans meant many were left for days with nothing to eat or drink.

Shanghai has started to relax some measures, with people living in five of its 16 districts able to leave the house to exercise and shop for essentials.

Unlike most countries, China is continuing to pursue a zero-Covid policy rather than focussing on vaccination to offset high levels of circulation.

Shanghai recorded another 5,669 cases on Monday, all but 274 of them asymptomatic, but questions have been raised over how the city’s surprisingly low death toll has been recorded.

There are fears Beijing could be heading for similarly strict measures after cases started to rise there.

Mass testing has been rolled out across the capital and schools have been closed in an effort to stifle the outbreak before it takes hold.

From Thursday, people coming or leaving Beijing will also need to show proof of a negative test no older than 48 hours.