THIS is the moment a firestarter thug is caught setting fire to his neighbour's flat before posing as a hero who tried to save him.

Robert Barnett, 30, was captured on CCTV dashing into the property holding a quilt over his head after hearing a woman screaming inside the burning building. 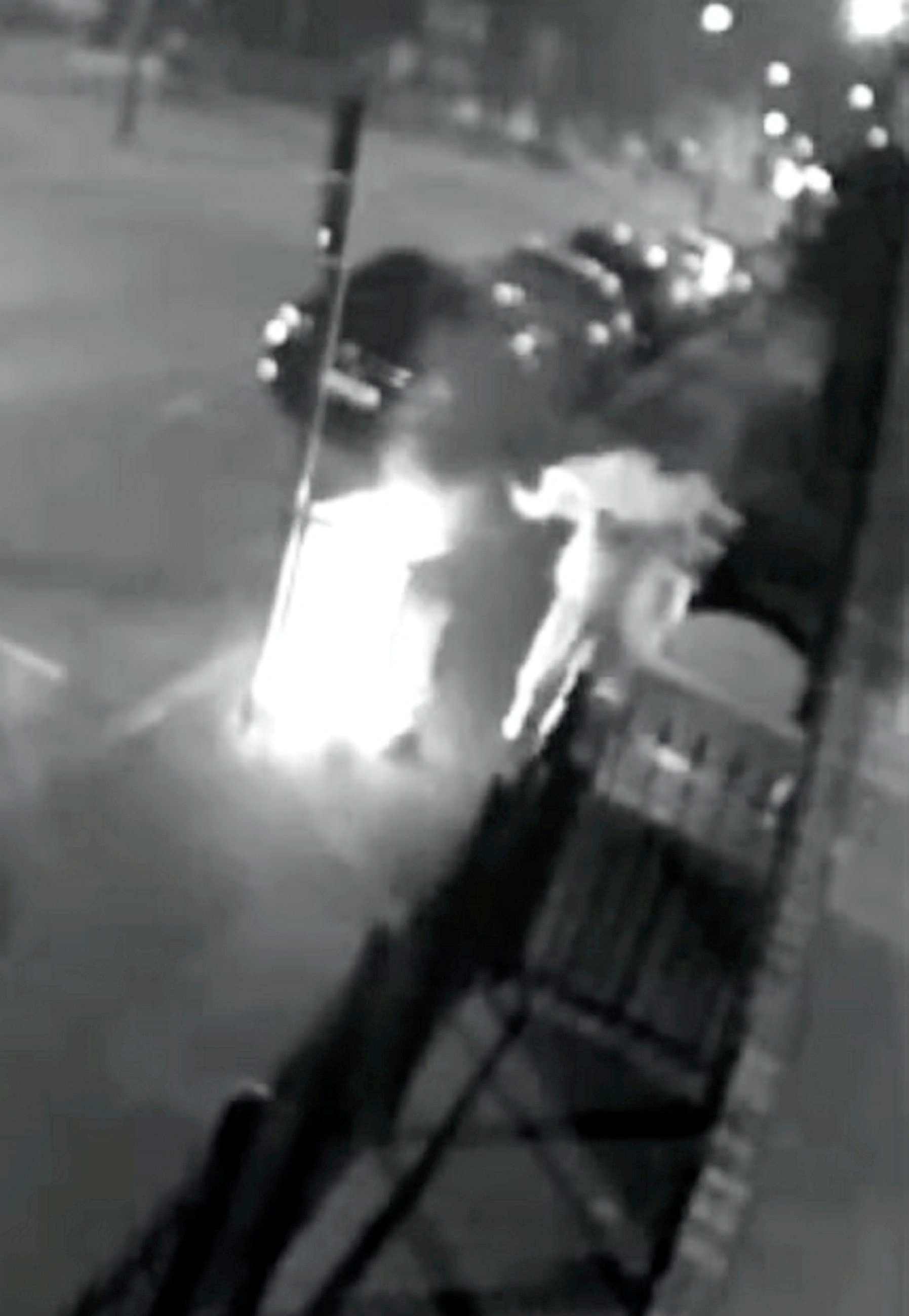 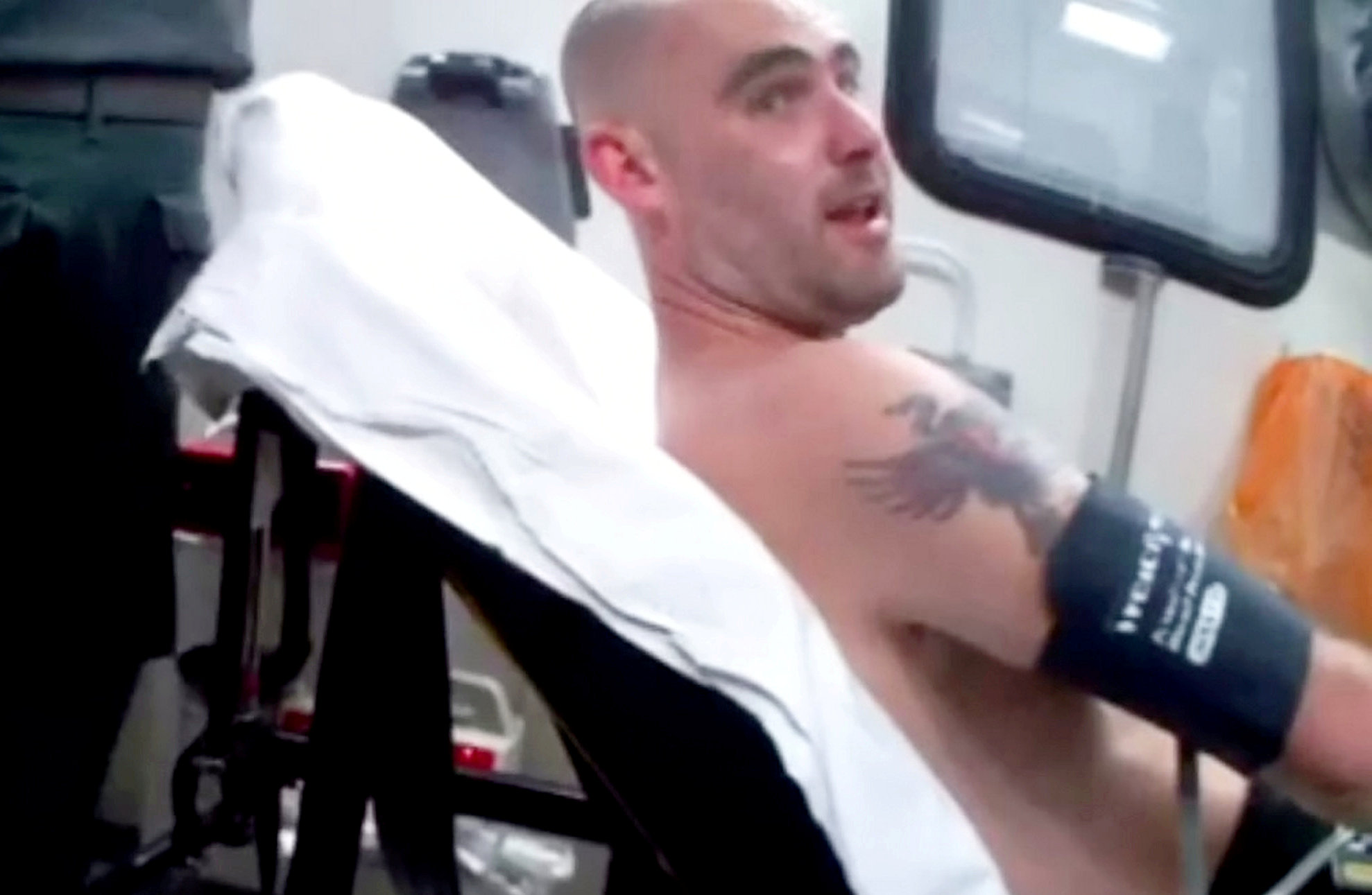 Police body-cam showed arsonist Barnett claiming he battled the flames to reach the 50-year-old woman, who lived in an upstairs flat in Sunderland, Tyne and Wear.

But shocking CCTV footage showed it was Barnett who lit the blaze that engulfed the property in August 6 last year.

Hooded Barnett is seen walking up to the property then walking away from it moments before the fire ripped through the flat.

His neighbour was forced to leap out of the top-floor window of the flat, and broke her spine in the fall.

Lying in an ambulance later, tattooed Barnett told cops: "I heard an alarm going off and heard someone screaming, my neighbour.

"I ran outside to have a look to see what going on and I seen the flames literally through the front door, her front door was open.

"I could see flames all the way up the stairs, I could hear her screaming.

"I ran back into my house, I put these pants on because I knew they were fire resistant, and I ran back out and tried to run up the stairs to help her."

Barnett told how he put a quilt over his head and ran into the building in a bid to rescue the woman.

He said: "I got up to the top of the stairs and thought I'd open two doors, I was shouting 'where are you?'

"She kept shouting 'I'm here', I couldn't see, and I started running down the stairs and the quilt was up in flames." 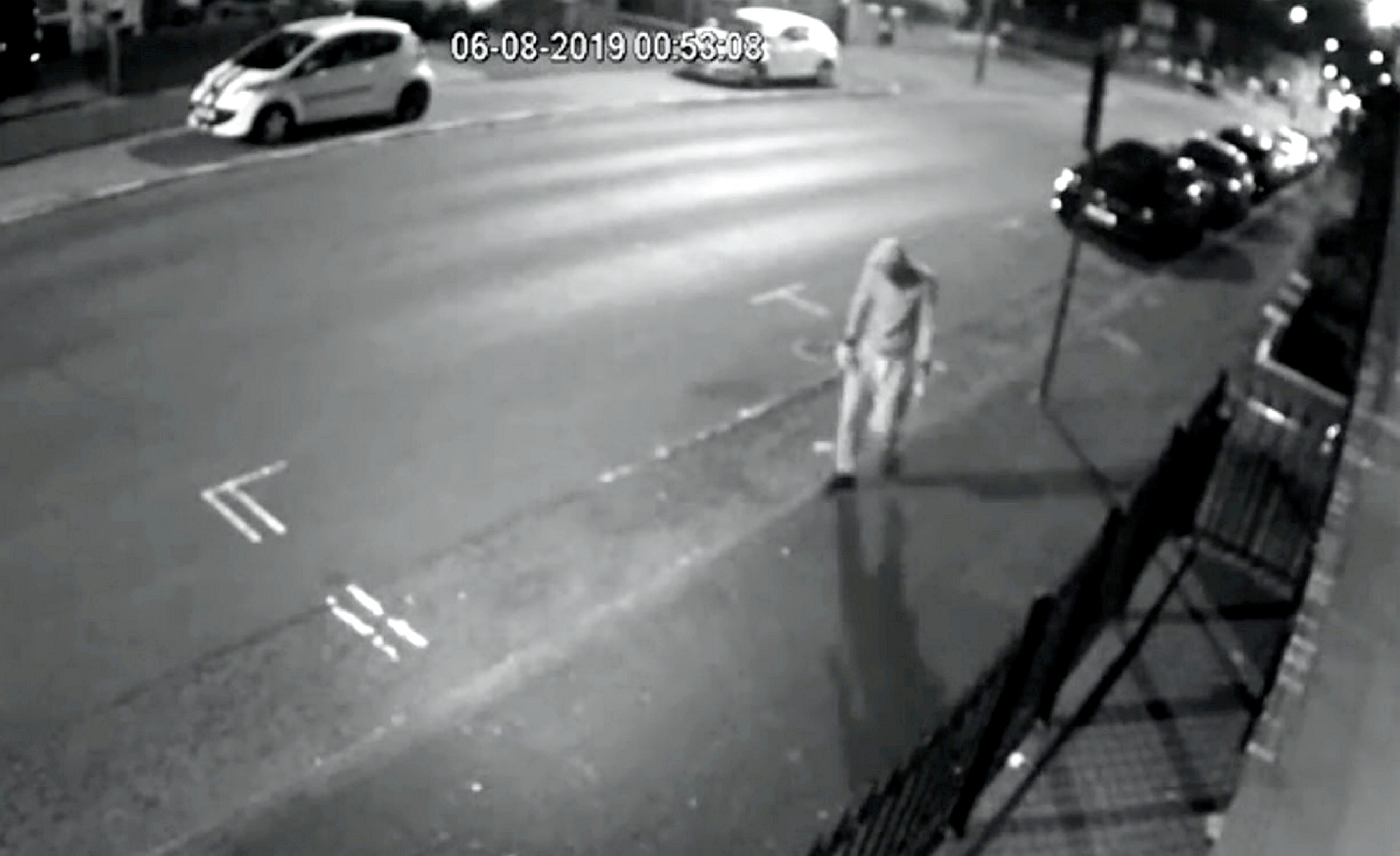 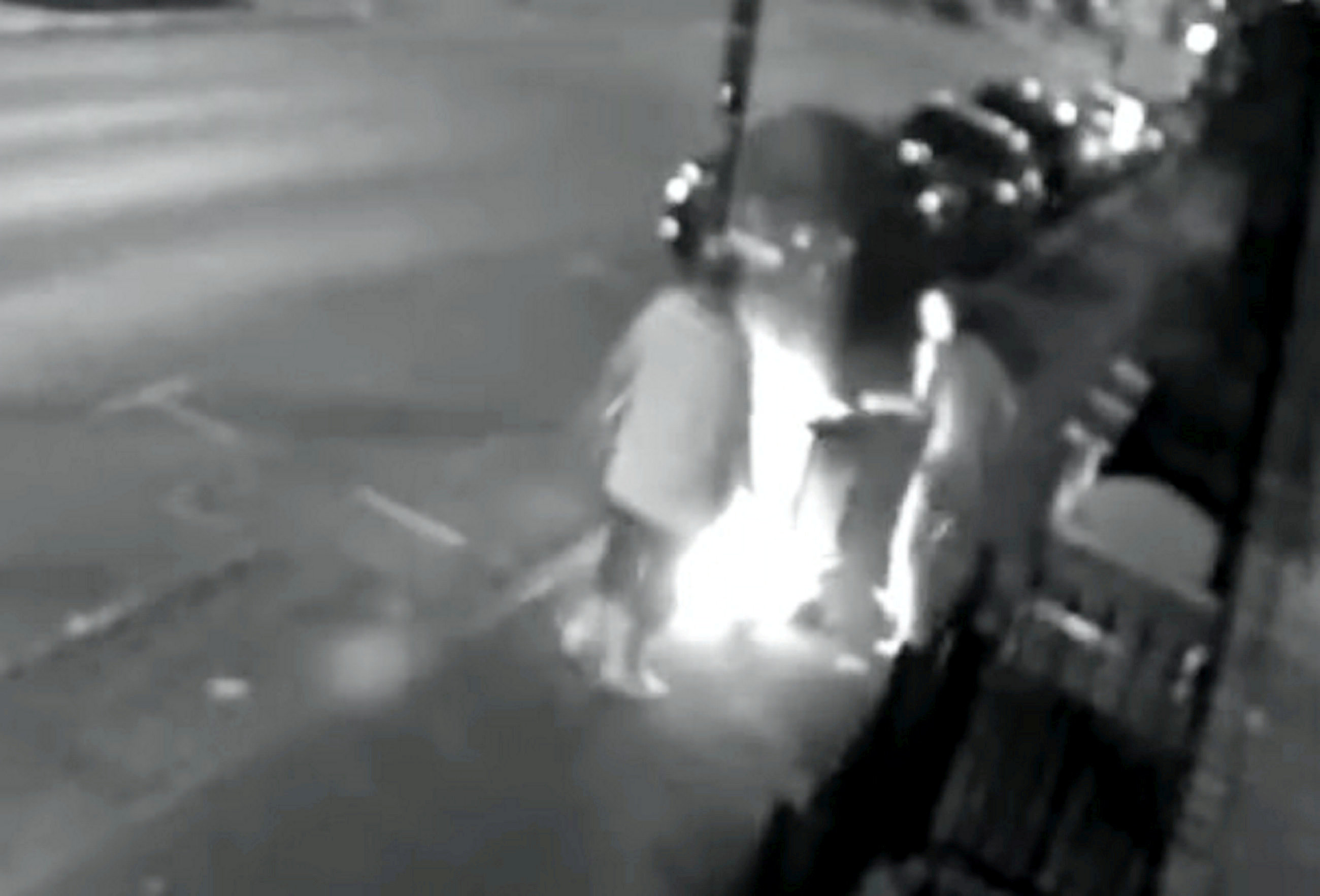 Barnett's lies unravelled when CCTV captured him walking to and from the flat shortly before the fire broke out at 12.30am.

He initially insisted he was just trying to help his neighbour.

But this week admitted arson being reckless as to whether life is endangered.

He was remanded in custody and will be sentenced at Newcastle Crown Court on July 12.

His account was built on lies – knowing full well that he was the one who had lit the flame and caused the significant blaze that had engulfed the property.

Detective Sergeant David Vincent, of Northumbria Police, said: "Robert Barnett tried to convince everybody that he was the hero, who was willing to sacrifice his own safety in a bid to rescue his neighbour who he believed to be trapped upstairs.

"But his account was built on lies – knowing full well that he was the one who had lit the flame and caused the significant blaze that had engulfed the property.

"The victim suffered significant injuries as a result of the blaze and her health has since deteriorated.

"It must have been a horrifying experience for her, fearing she was trapped and her only escape was to jump out of her upstairs window.

"It is therefore imperative that the person responsible is brought to justice, and I sincerely hope this outcome can offer the victim and her family some comfort.

"Barnett should be absolutely ashamed of his actions, and I am pleased that he has now been convicted at court.

"His actions were reckless and unlawful – and he now faces a significant jail term as a result of his decisions that night." 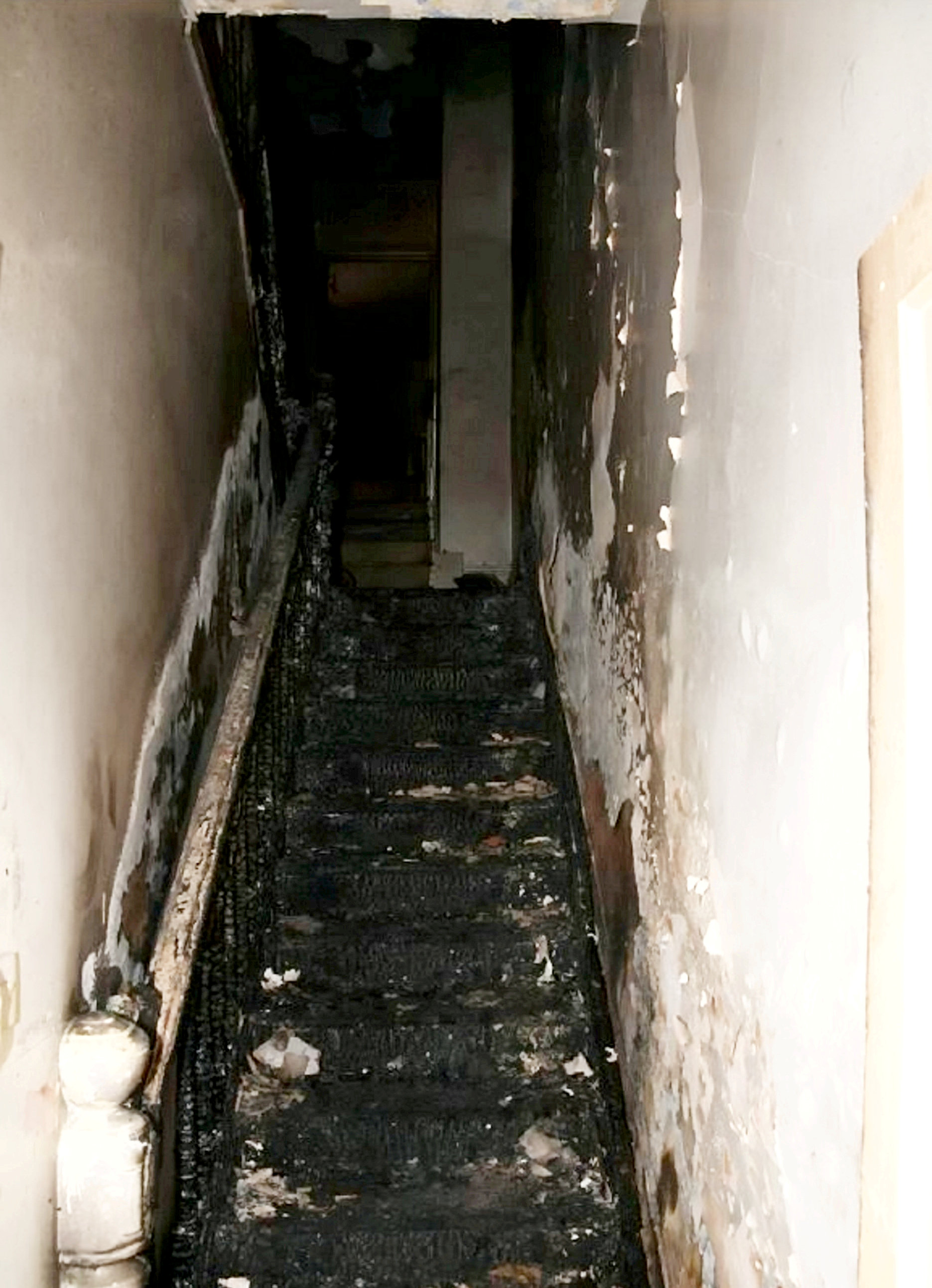 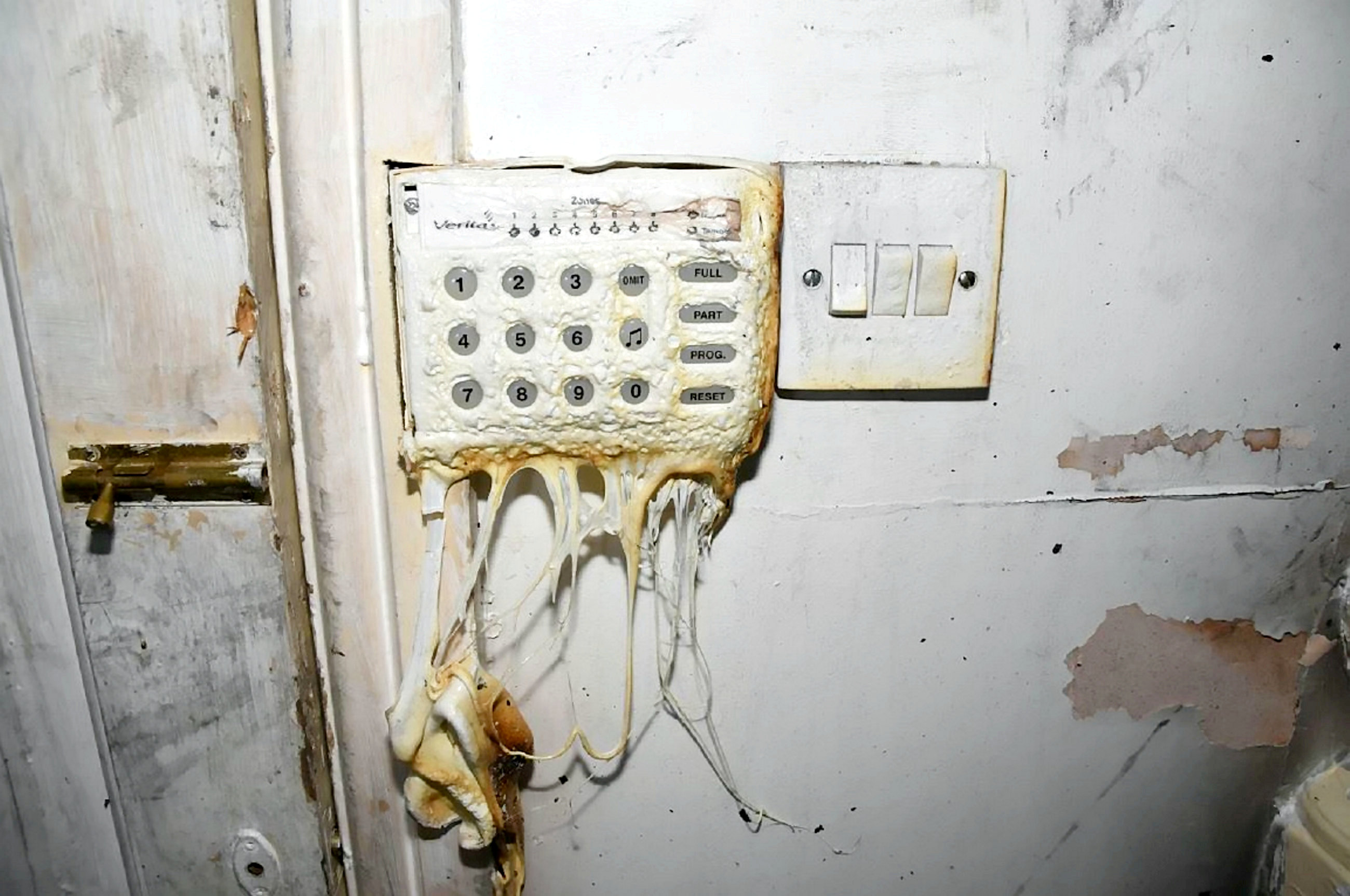 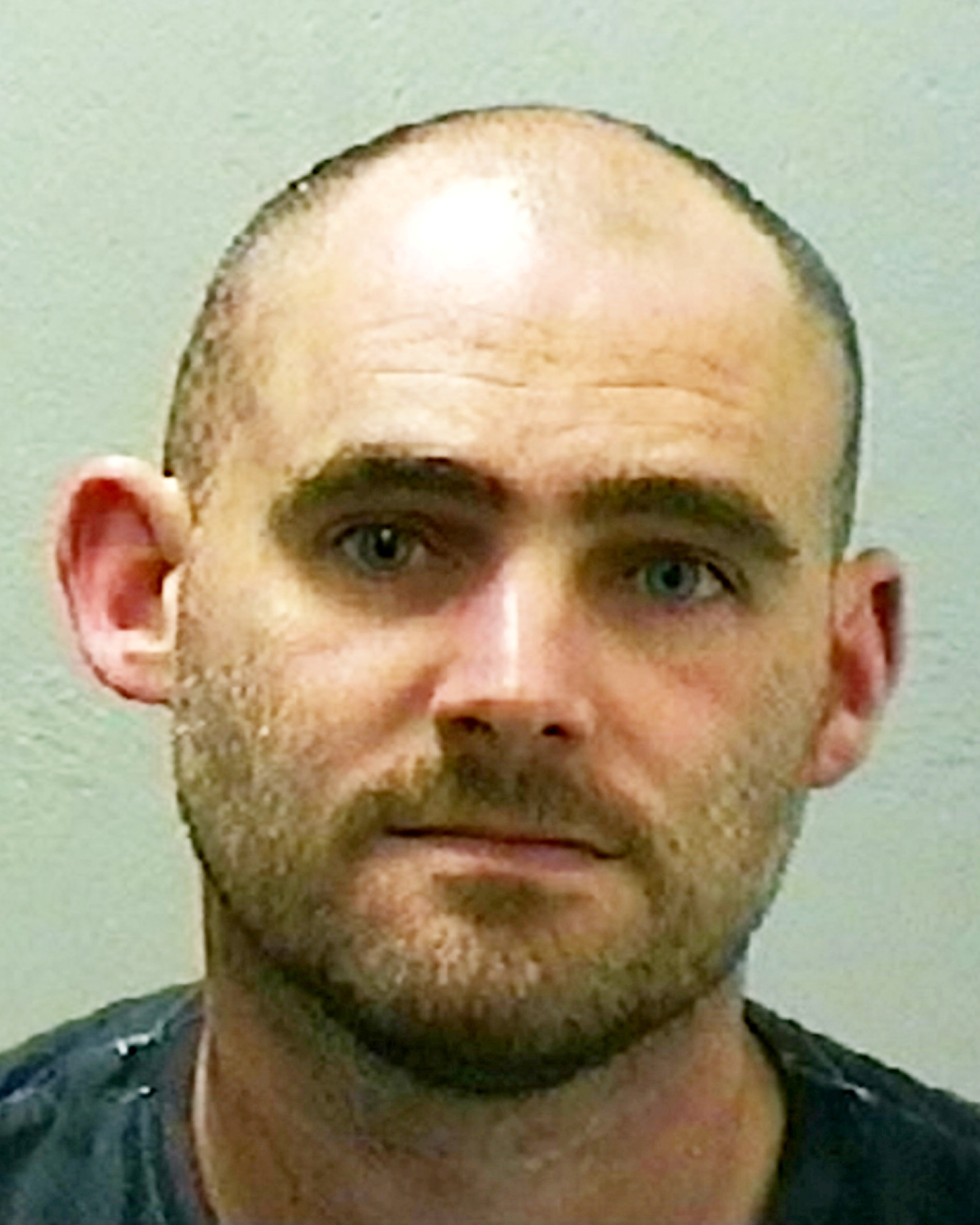