‘There’s nothing to stop my kid getting up here’: Moment mother confronts armed cops at firing range near home over fears children could wander onto site – as it’s revealed force does NOT have planning permission to use land

This is the moment a woman confronts armed police at a firing range near her home in Devon, which has outraged villagers ever since it was set up without planning permission.

Corin Hancock, 34, was filmed approaching police as they wielded their weapons at the quarry site in Holcombe Rogus and demanded that they stop.

Ms Hancock and her husband Rob Chislett, 48, say their children are afraid to go outside as police fire the high-calibre guns up to four times a week – without a permit.

They are in a prolonged dispute with Devon & Cornwall Police, whom they argue have used the site for eight years without permission. 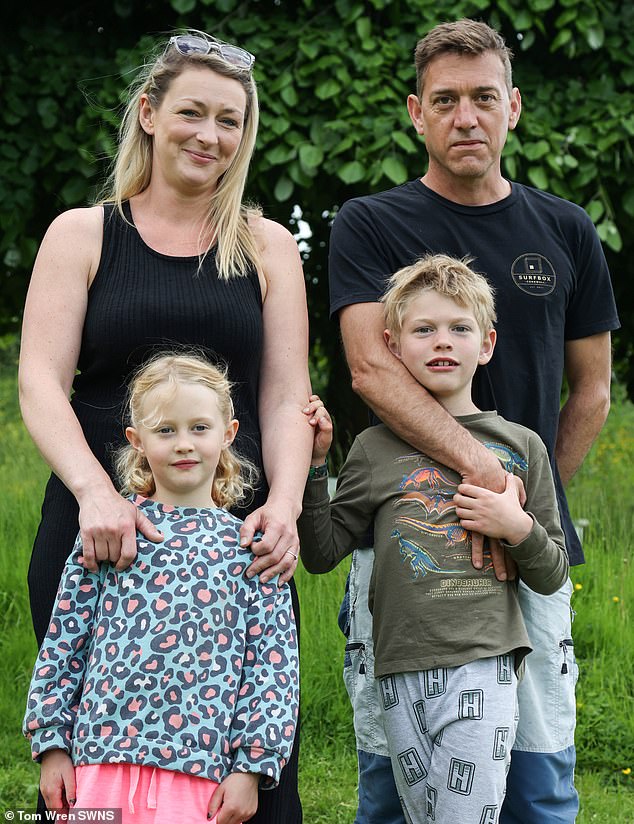 Rob Chislett with his wife Corin Hancock and their children, who say their lives are being plagued by the presence of a nearby firing range at a quarry site

In recent years Mr Chislett says the gunfire has become far worse, going from the occasional pistol shots to machinegun-like fire – and leaving his children scared to go outside.

The father-of-two explained: ‘It honestly feels like we live in a warzone. I listen to the Ukraine news all the time and think the videos sounds similar to my garden.

‘It’s so loud that my little boy is constantly complaining saying he doesn’t want to go outside, it’s just too frightening.

‘For us it’s been horrendous, especially over the last couple of years. The frequency and volume of the weapons they are testing there is absurd.

‘It’s gone from being used up to maybe a dozen times a year with relatively small arms fire to four times a week with high velocity rifles.

‘The standard sound limit for a clay pigeon shoot apparently is around 55 decibels.

‘The levels that we have got is 70-85 decibels. The planning engineer who we spoke to about it said that this number multiplies by a factor of ten for every ten decibels.’ 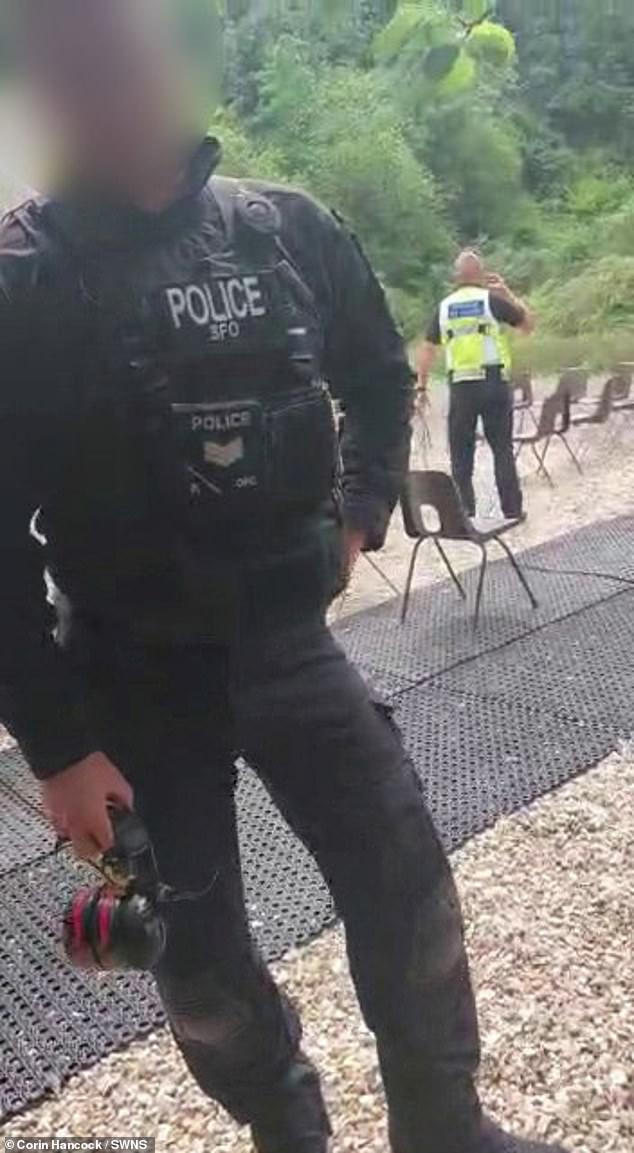 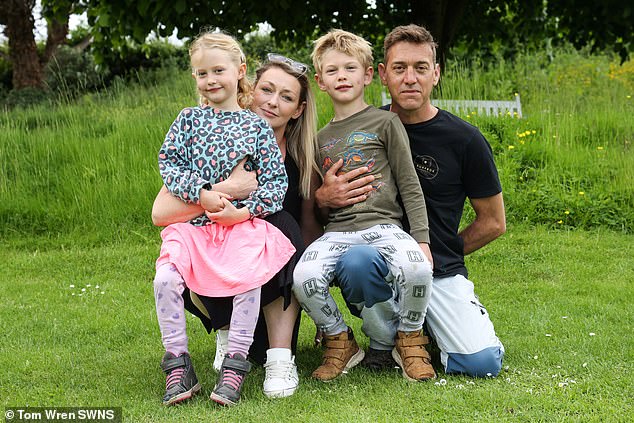 Mr Chislett said the gunfire has become far worse, from the occasional pistol shots to machine gun-like fire – and has left his children scared to go outside.

Last week, Devon & Cornwall Police have since submitted a new application to fire weapons all day, five days a week.

In the application they admitted that they had been using the site since 2014 without a permit which they blamed on ‘reasons unknown’.

A separate application to build on the site though shows that Mid Devon District Council reminded them to apply that year.

The fresh application also requested permission to fire on weekends and higher calibre weapons than before – infuriating locals who say they feel like they are in Ukraine.

Mr Chislett also claimed that the facility is poorly secured, with children in Holcombe Rogus easily being able to enter the facility via a ‘poorly maintained’ wooden fence.

He noted that his wife easily stormed onto the site during firing last week in a fit of rage and confronted police officers.

Despite her being threatened with arrest, she was eventually able to get the officers to ceasefire and pack up for the day. 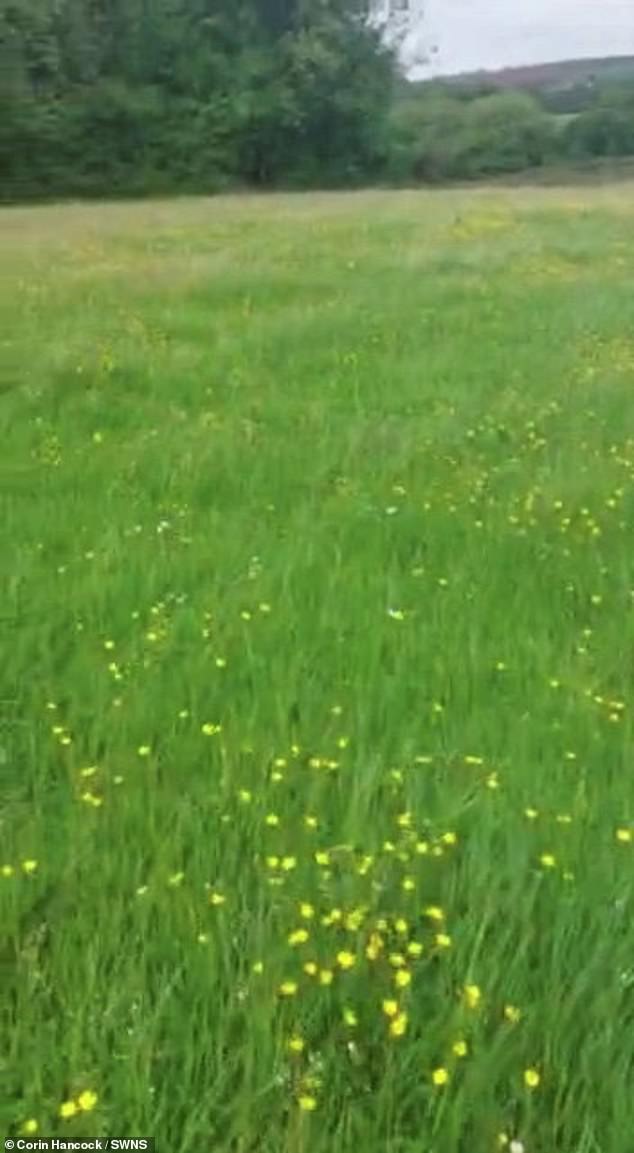 The firing range is located at a disused quarry site at Holcombe Rogus, Devon 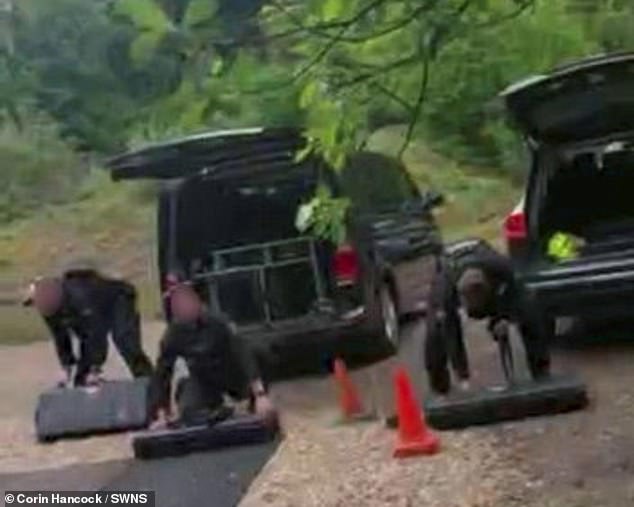 He added: ‘We have two little chalet lodges on our land too, and we’ve had one lady bring her partner who had just returned from Afghanistan.

‘You can imagine how a squaddie who was just trying to relax would feel suddenly being put in an environment of loud gunfire again.’

Having suspended use of the facility for a week, Devon & Cornwall Police issued their application for permission to use the facility on Monday, May 23.

In the application, the force stated: ‘For reasons unknown to both parties, neither Devon and Cornwall Police or Mid Devon District Council was aware that the temporary consent had lapsed some years ago.

‘This is, possibly, due to a change in personnel over the years. We recognise our part in the failure to record the lapse in the planning consent and confirm that this was purely by accident;

‘It was certainly not by design or anybody’s intention for the end of the temporary consent to go unnoticed.

‘The end of the temporary consent was brought to our attention last year, in 2021.’

Despite this explanation, the police made a separate application for planning permission to build a structure on the site in 2014.

At the time of approval, Mid Devon District Council reminded D&C Police that they would need to re-apply for permission to use the site that year – which they failed to do.

The council wrote: ‘The applicant is advised that the use of the site as approved under 04/02000/FULL will expire on 31st December 2014, and therefore any continuation of the use as a firing range beyond this date will require the submission of a further planning application.’

Responding to the application, Mr Chislett said: ‘I think the most shocking part really is not just the fact that the police broke the rules, It’s just that they are ignoring them still.

‘It feels like the police are just running roughshod over us, it just feels like another example of the police having their own set of rules – which is infuriating.

‘I cant work out if the application is so poor that they’re trying to justify building some purpose-built unit somewhere else, or whether it’s sheer arrogance or incompetence.

‘I think it’s probably the latter, which I find just utterly ridiculous.

In response to the claims by Mr Chislett, a spokesperson for the Office of the Police and Crime Commissioner for Devon and Cornwall said: ‘This site has been used for safe police firearms training since the 1970s.

‘Unfortunately the fact that planning permission for this essential activity had lapsed was missed, we believe due to a change of personnel.

‘As soon as this error came to light our building and estates team commenced discussions with Mid Devon District Council.

‘An application has now been submitted which will enable local residents’ views to be taken into consideration and comments to be submitted.’

Locals now say they intend to challenge the facility’s continued and future use through protests and legal action.