THIS is the moment an unlucky online shopper accidentally destroys a chest of drawers just seconds after collecting them.

The viral video shows the poor woman tripping and crashing on top of her new set of white drawers – just moments after picking them up from the seller. 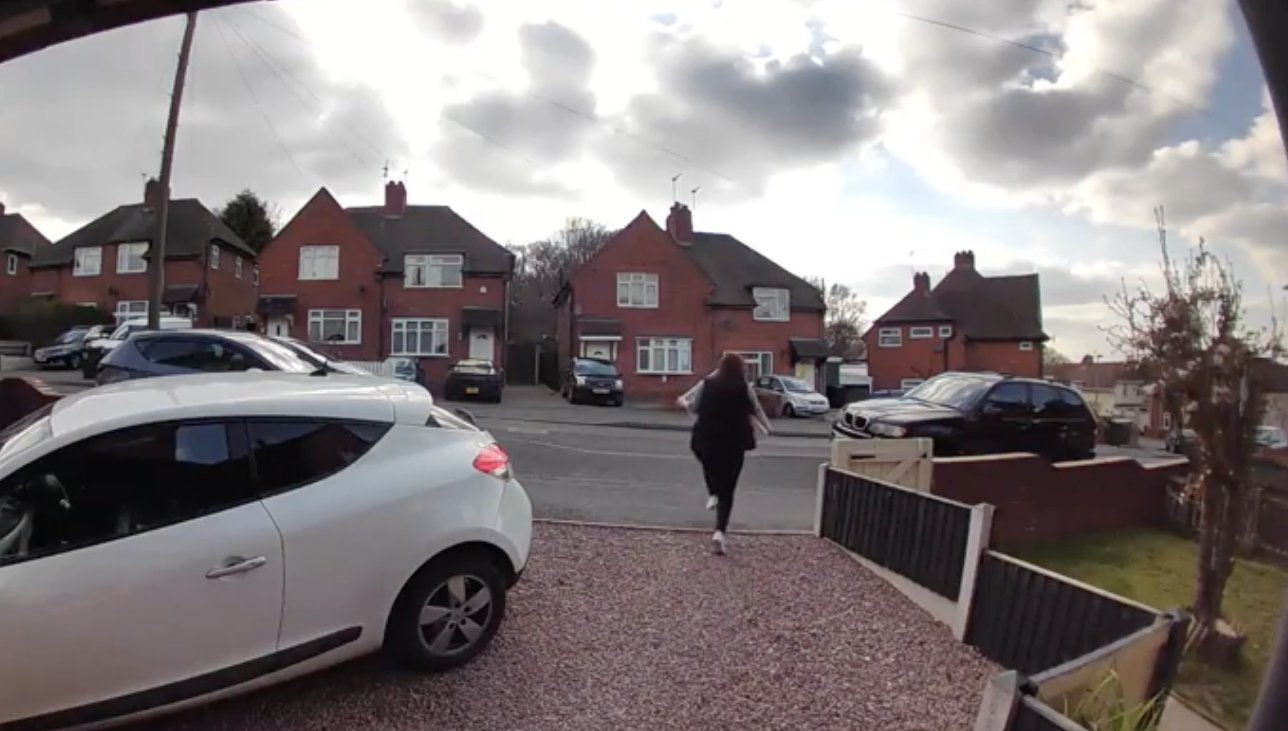 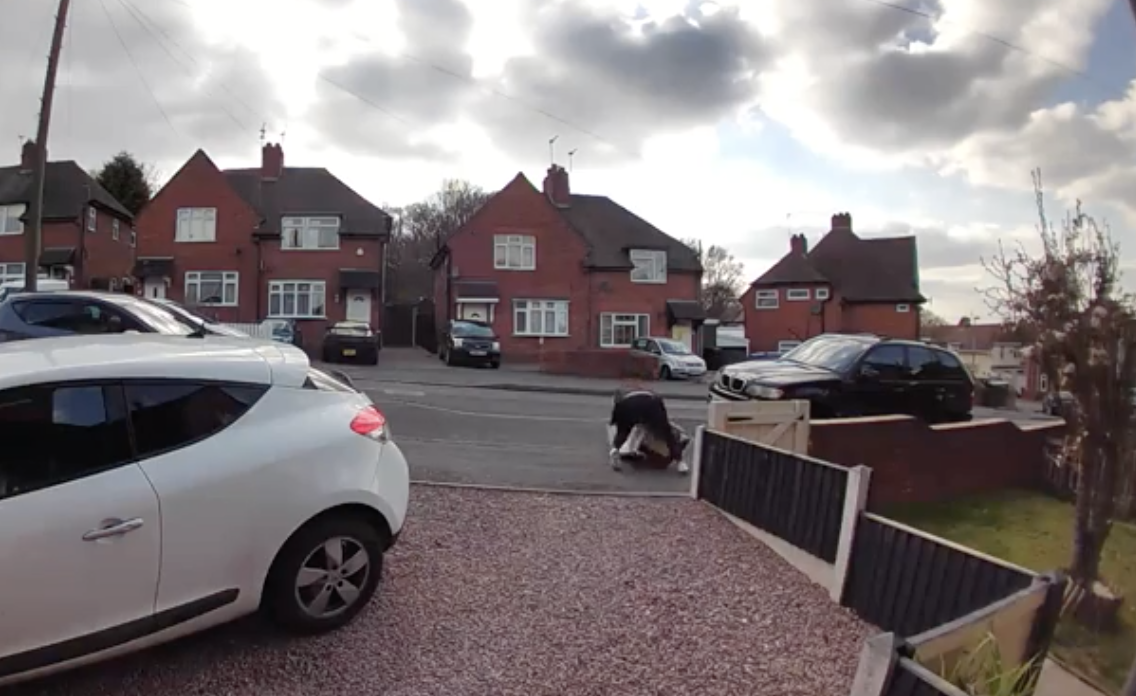 Carrying the white chest of drawers that she'd just purchased, the woman can be heard thanking the seller as she makes her way back down the driveway.

But as she comes towards the end of the pebbled driveway, she suddenly trips up on the kerb.

Falling face first, the brand new drawers break her fall as she comes crashing on to the pavement.

And her new storage can be seen completely falling apart as she tumbles to the ground on top of them, before letting out a scream.

Coming to her aid, the homeowner shouts "are you okay?" before following her to the end of the driveway, along with her pup.

The unlucky woman can be heard saying: "I couldn't see where I was going."

Bent over as she nurses her knees, she tells the seller – who is said to have listed the chest of drawers on Facebook Marketplace – that she is in fact okay.

But viewers can't help but feel sorry for the woman, who seems gutted at her luck as she looks at the broken drawers on the floor.

The video of the tragic tumble already has over 2 million views and 200,000 likes on TikTok – leaving people in hysterics at the woman's misfortune. 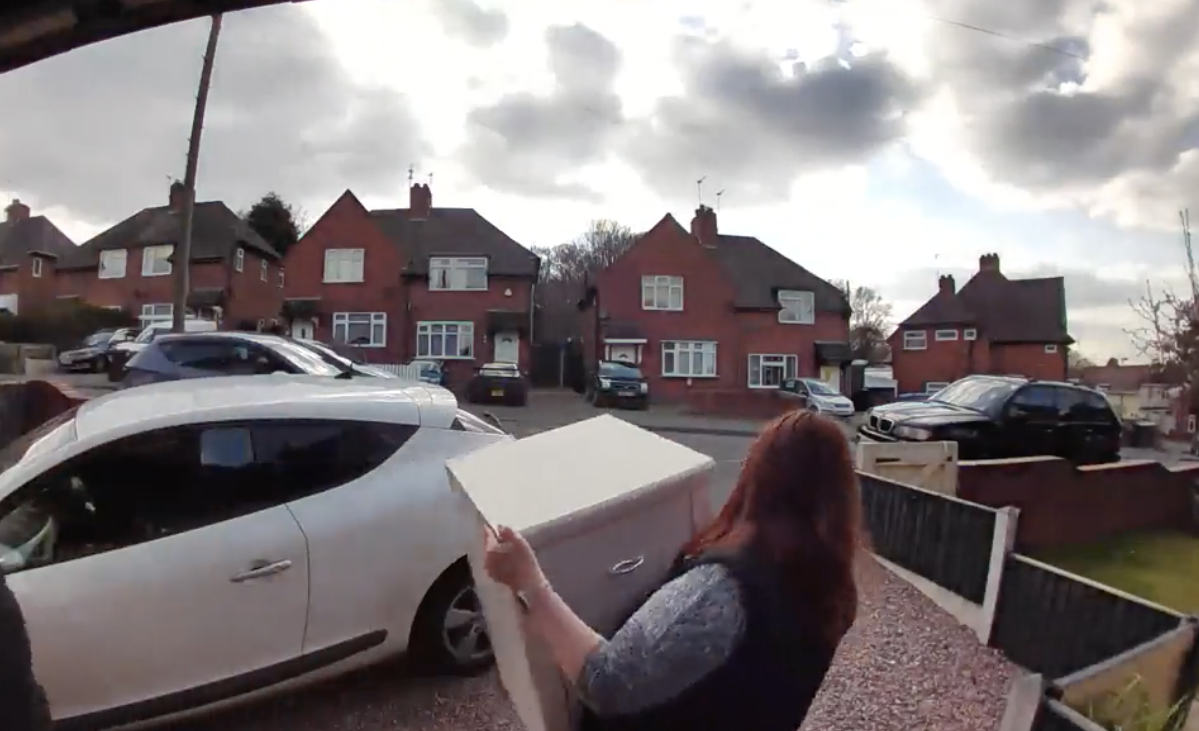 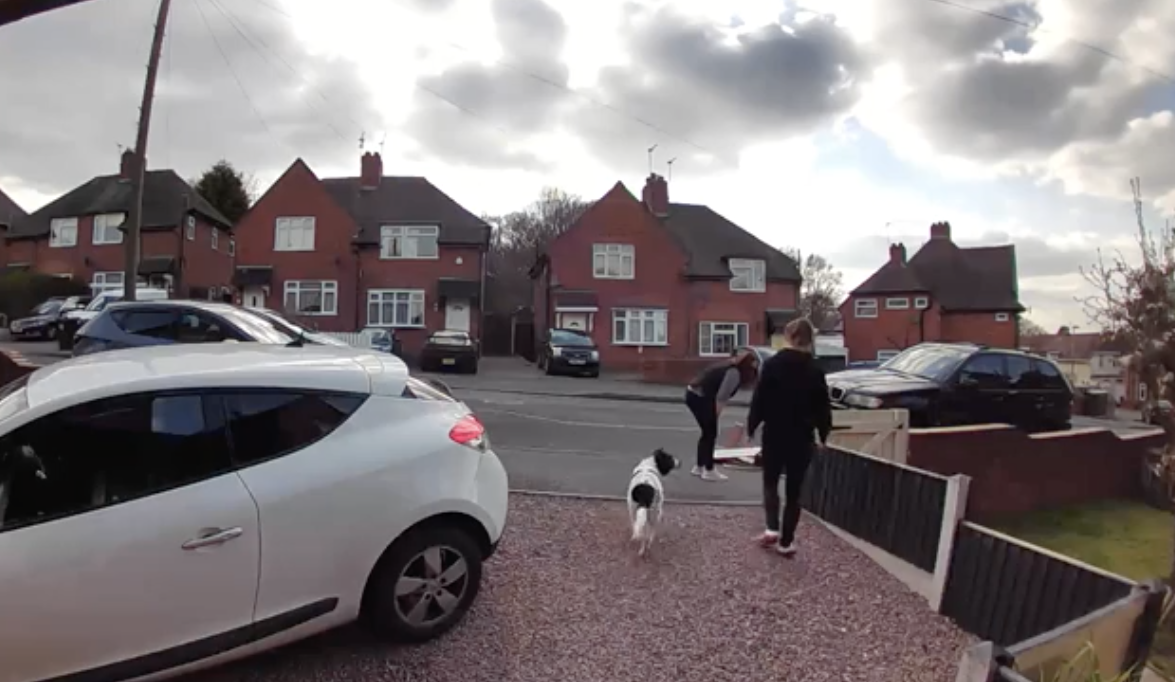 One user wrote: "The most British thing, "YOU OK" despite knowing the other person's agony."

Another said: "The shortest amount of time anybody ever owned a set of drawers for."

A third joked: "She asked for it to be flat packed" while another said she "squashed it down to fit in the boot."

Some people on the app wondered if the seller gave the poor woman her money back – as the product was clearly no longer fit for use.

One person joked: "You passed the mailbox love, no refund sorry."

While another said: "I would have pretended I didn't see and close the door so I don't have to feel guilty about not giving her money back."