A MOM was left horrified after her toddler son suffered a collapsed lung and stopped breathing having caught Covid.

Grayson, 2, and his mom Makayla Hunziker, from Oklahoma, have been in a medical nightmare since he was just one month old. 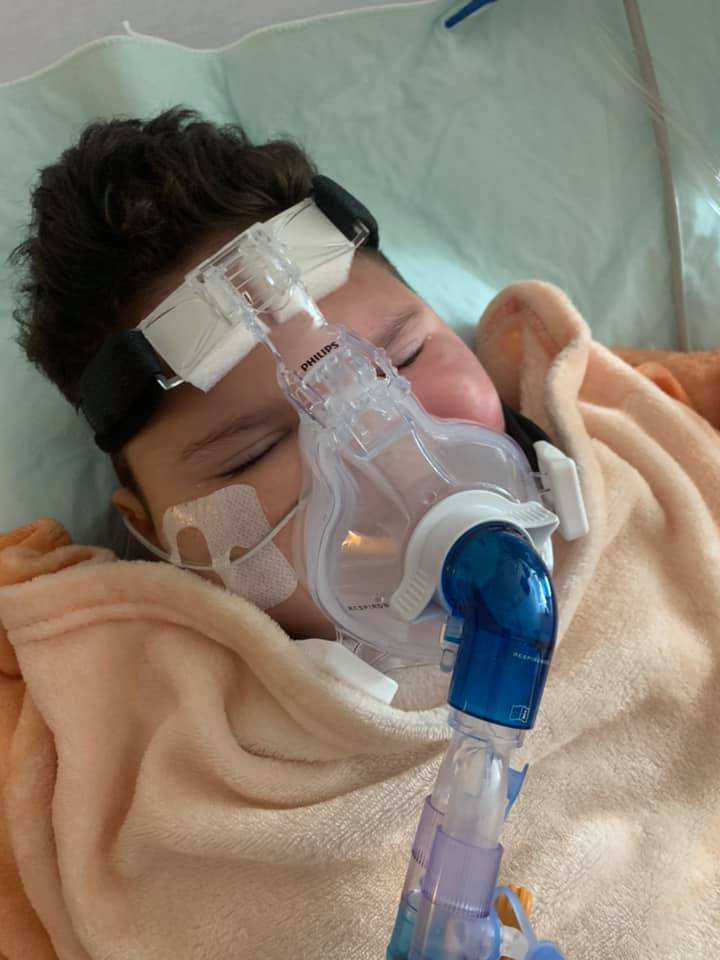 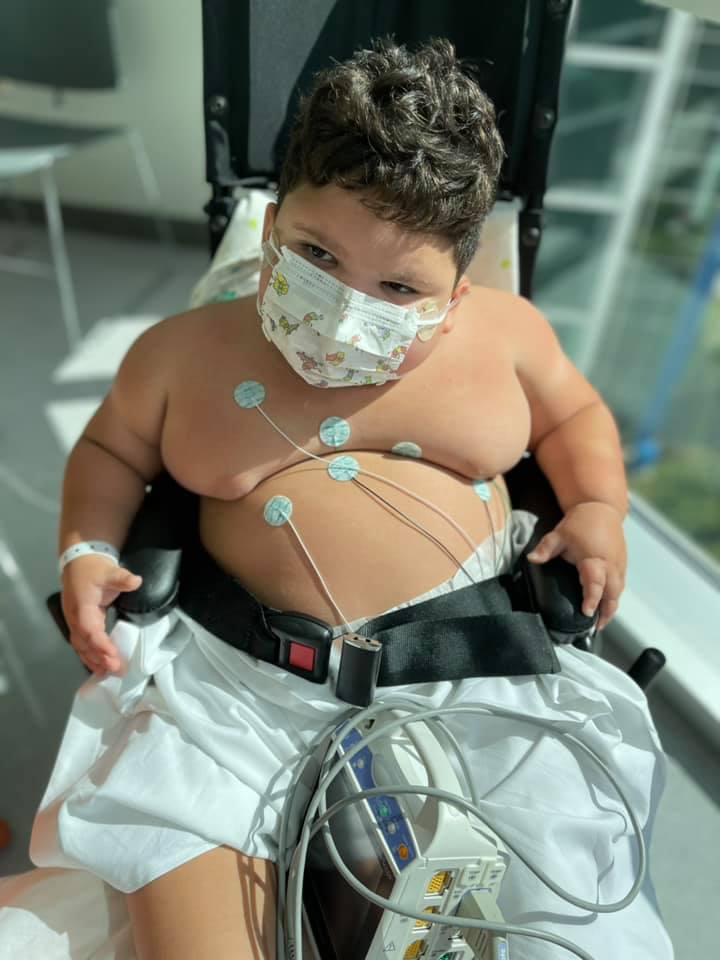 Little Grayson suffers from a number of medical issues, including a condition known as Diabetes Insipidus, which means he struggles to hold fluids and he essentially urinates hiself into dehydration.

Mom Makayla, 22, a paediatric nurse said she had been to endless appointments with her son and seen him undergo surgery after surgery but he had been strong through it all.

The first sign of trouble started out as a mild cough but turned into heavy wheezing.

Makayla told the Daily Star: “The wheezing was getting worse but it was really strange because it was off and on. One minute he was happy playing and then the next two hours he was struggling to breathe.

“I went to work and his grandma called to say he now had a fever. I talked to one of my colleagues and they said to bring him in.

"They swapped him for Covid-19 and it came back positive.

“I was just in complete denial about the whole situation. No one in the family had Covid so we are not sure how Grayson caught it.”

His condition worsened and he was admitted to the PICU unit at The Children's Hospital at Saint Francis in Oklahoma.

At first Makayla slept by his side but as his condition worsened further she was told Grayson would have to be intubated and put on a ventilator.

After she was asked to leave as doctors did the procedure she went to get some breakfast a few minutes away but received a call after she arrived asking her to return to the hospital.

Medics told her he had suffered a collapsed lung while he was being intubated and had stopped breathing twice.

She said there was “blood everywhere” and Grayson’s body had “swelled up”.

Grayson’s dad Tyler and Makayla had to make the decision whether or not to put their son on life support.

Doctors put Grayson on an ECMO machine and a ventilator to help keep his heart and lungs working on July 26 and kept him on it until August 9.

He was taken off life support but stayed on the ventilator for another week.

Grayson eventually managed to pull through having been in hospital for a month although his progress has been hit with an impact on his physical strength.

Makayla said Grayson couldn’t sit up or even raise his head and couldn’t even drink water without using a straw.

She added that he is now being fed through an NG tube and undergoing physical therapy, occupational therapy and speech therapy to get him back to normal. 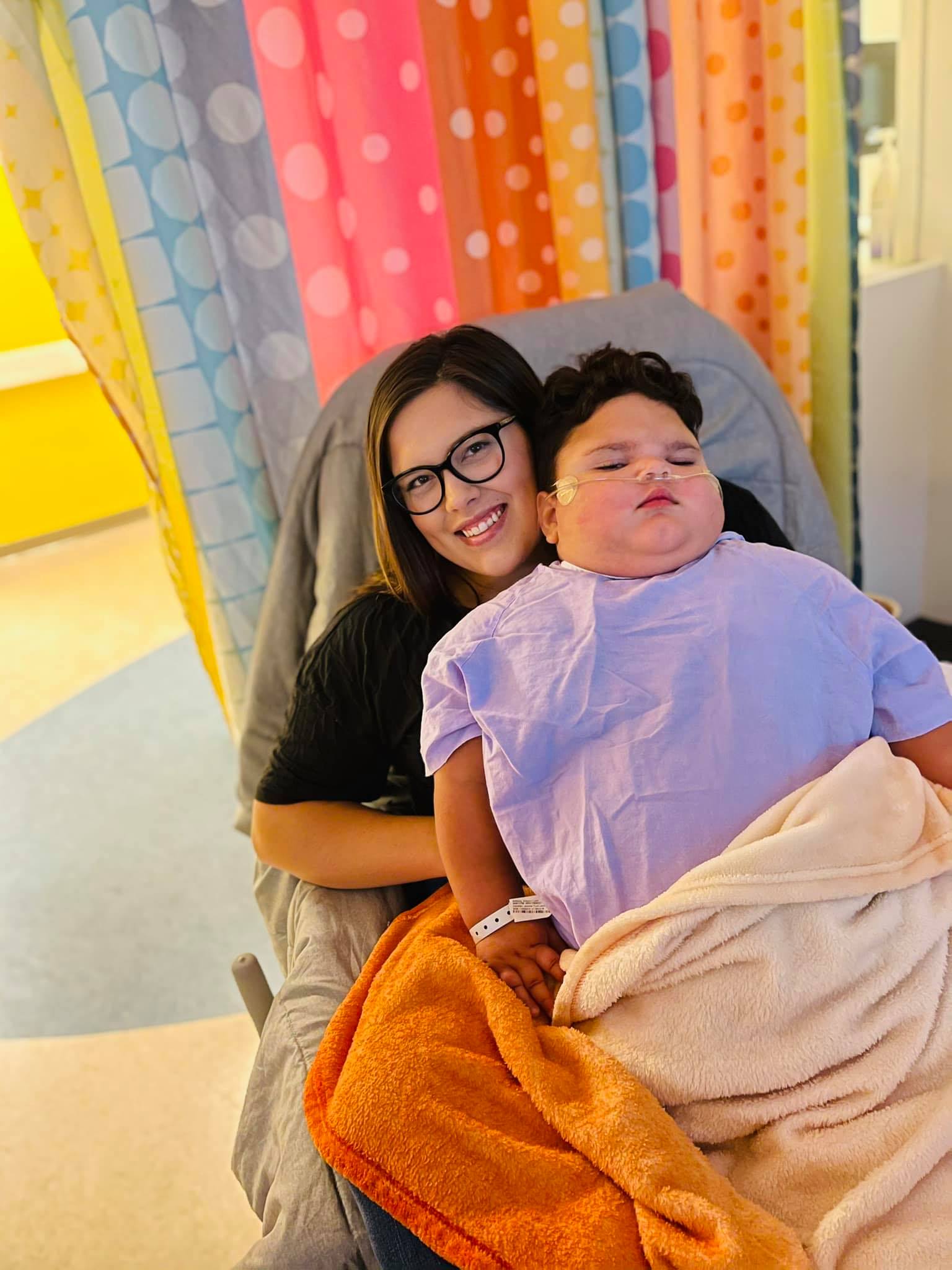