Get me a banana, stat! Monkey ‘gives mouth-to-mouth’ to prone female in hilarious game reserve pictures

A monkey appears to give CPR to a prone female in these hilarious game reserve pictures.

The vervet monkey looks like it is giving mouth to mouth resuscitation to the stricken female.

However, he is in fact just taking advantage of an opportunity to groom the monkey while she is lying down. 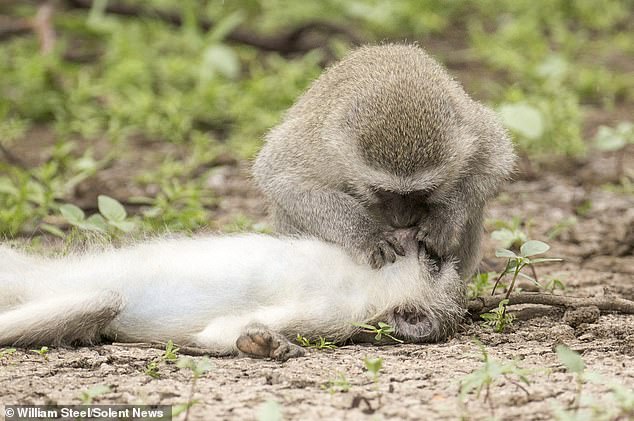 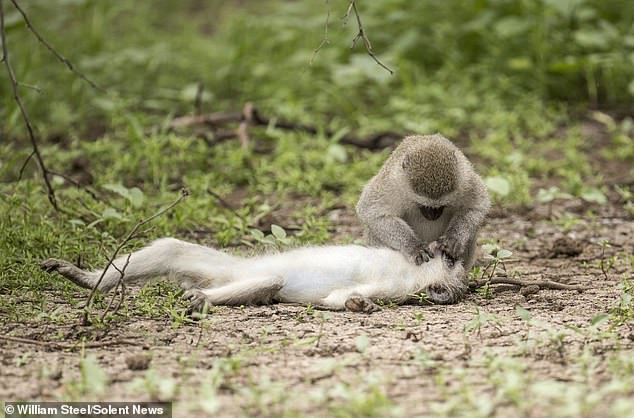 The 28-year-old said: ‘In what I can only describe as dramatic fashion, the female monkey fell to the floor, with both legs and arms spread out.

‘At first, I couldn’t figure out what was happening, but as I picked up my camera, another monkey came sauntering in grabbing the monkey on the floor by its mouth and seemingly administering CPR.’

Mr Steel, who lives and works in Botswana, added: ‘On reflection, I think the performance was all a cry for attention from the female. 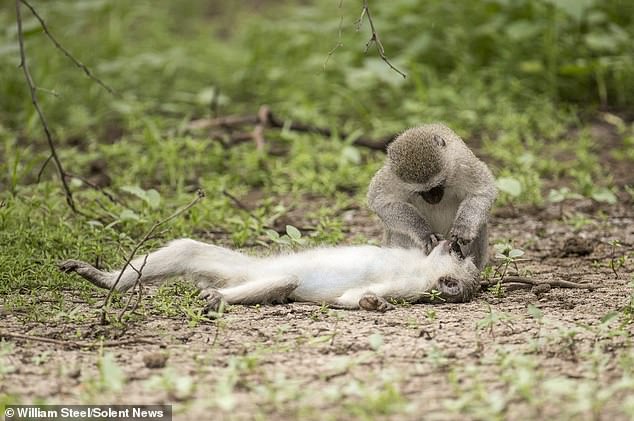 ‘There is a clear and important hierarchy in the troop, like humans this social community is largely based around ‘if you scratch my back, I’ll scratch yours’.

‘Bonds are formed largely through grooming. I have often seen this extended to help clean wounds, and even nurse injured troop members.

‘In my opinion, this compassion can sometimes be manipulated by attention-seeking individuals. It was an amusing moment to capture.’