MONSTER rats are crawling into homes through toilets after the winter Covid lockdown shut restaurants.

Terrified Brits are spotting rodents a foot-and-a-half long as the hungry pests head inside for food. 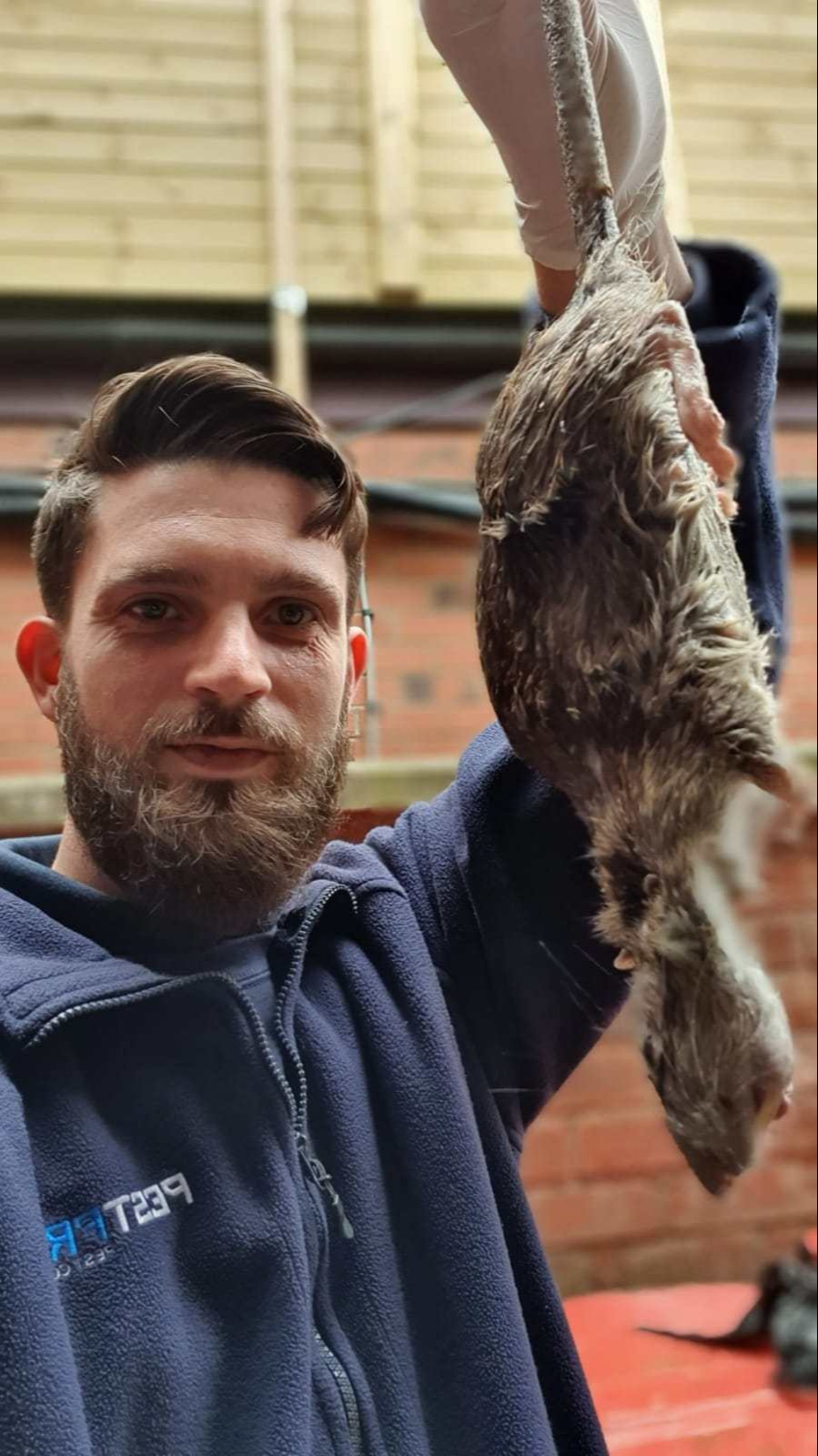 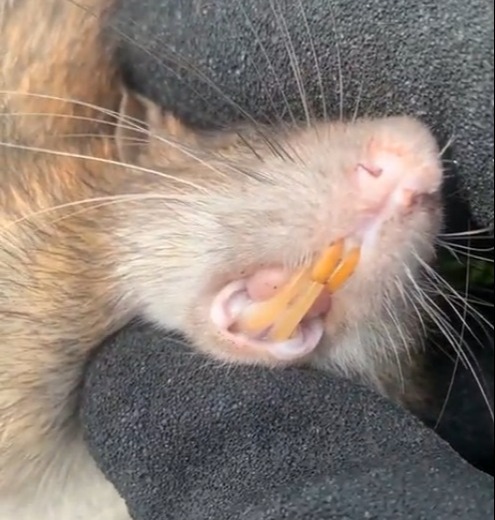 And one pest controller – who shared footage of a whopping rat with yellow teeth bared – said our takeaway habit is to blame.

Chris, of We Care Pest Control Hull, said: "When you think about it, everyone's been eating at home.

"Lots of people are getting takeaways and the bins are being overfilled.

"Rats chew through the binbags and get through under the decking."

He said the giant rat he filmed – which measures more than 1.3 feet from nose to tail – isn't an unusual size.

"People are really surprised when they see how big a rat can get," he said.

"When they're pregnant, for example, they're very big. And rats live for two years, so by the end of their lives, they can be big." 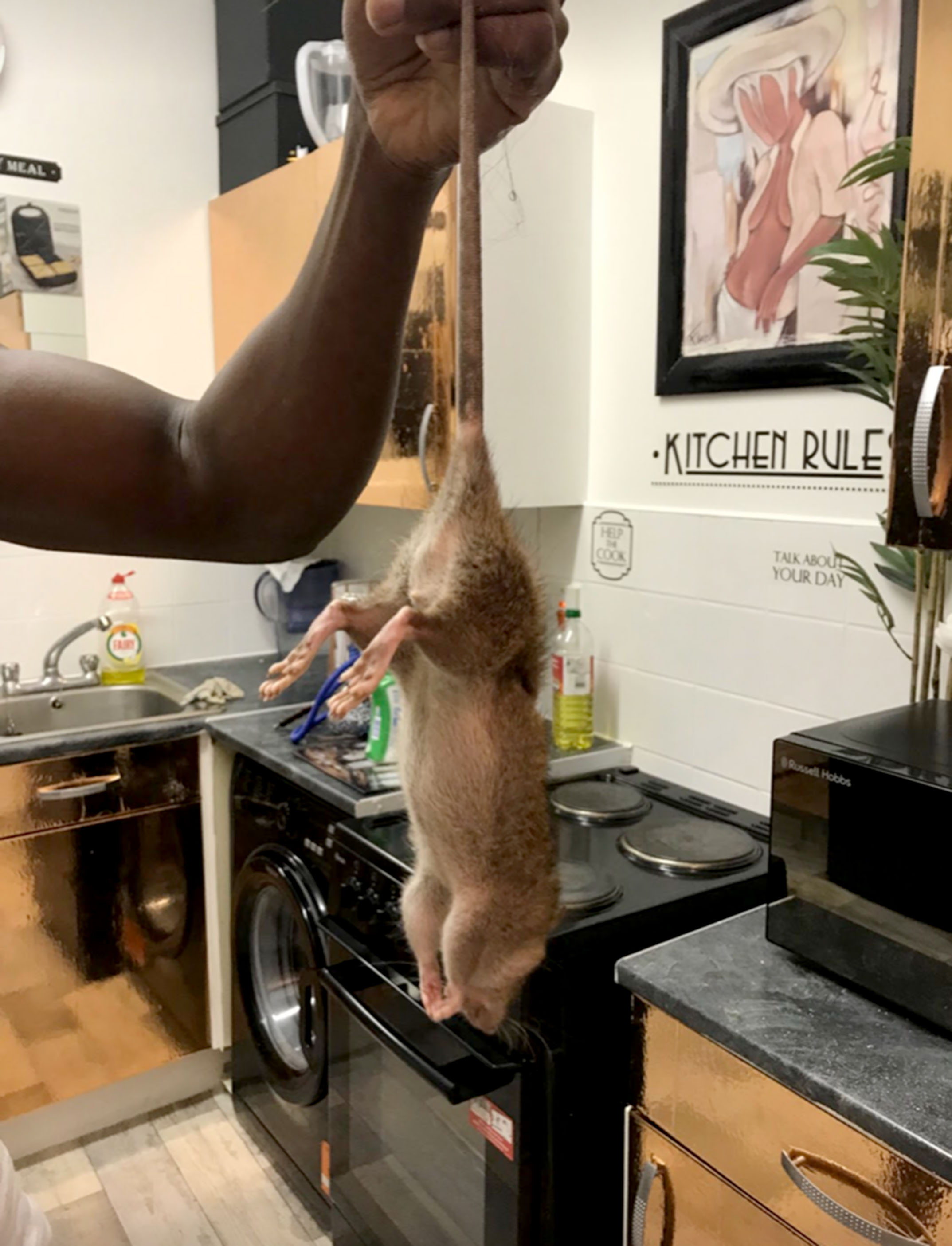 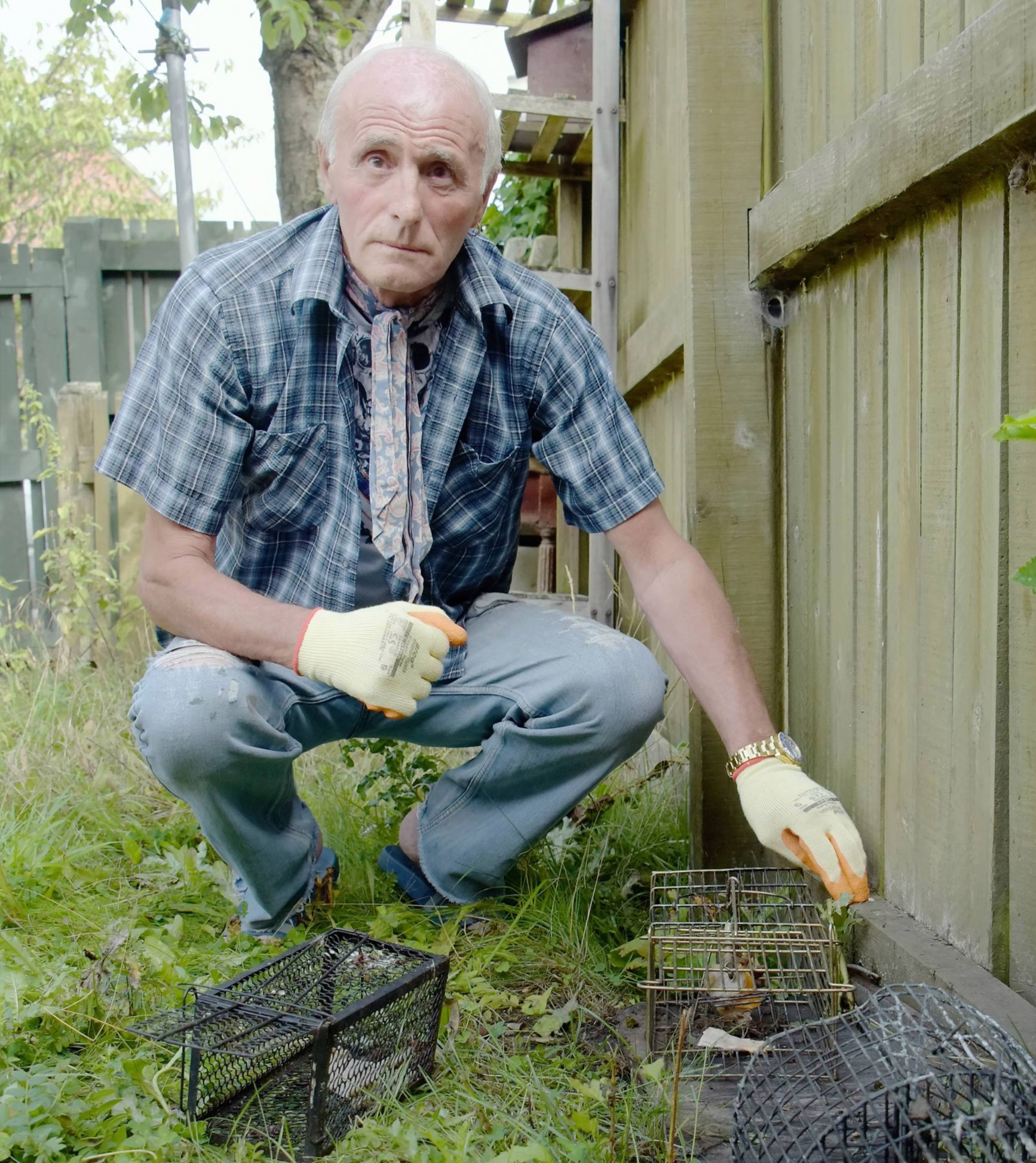 And he said one rat drove a 99-year-old woman into her son's home – after it died beneath her newly-fitted toilet.

"The family was killing 10 bluebottles a day. I spent half an hour in the loft, but I couldn't see or smell a dead rat," he said.

"Then as I searched the bathroom, I saw a tiny, tiny little hole by the toilet.

"It was immediately obvious from the smell there was a dead rat in there."

But worse was to come. As Chris took apart the bathroom to get to the rodent, he found a huge hole chewed into the pipe – meaning the creature had been scuttling directly beneath the elderly woman.

"She'd had to move out because she was so unnerved by the flies," he said.

"The rat had been dead directly underneath the toilet for six months."

Luke Pomfret of Pestfree Pest Control in Grimsby has found rats measuring more than a foot long inside homes. 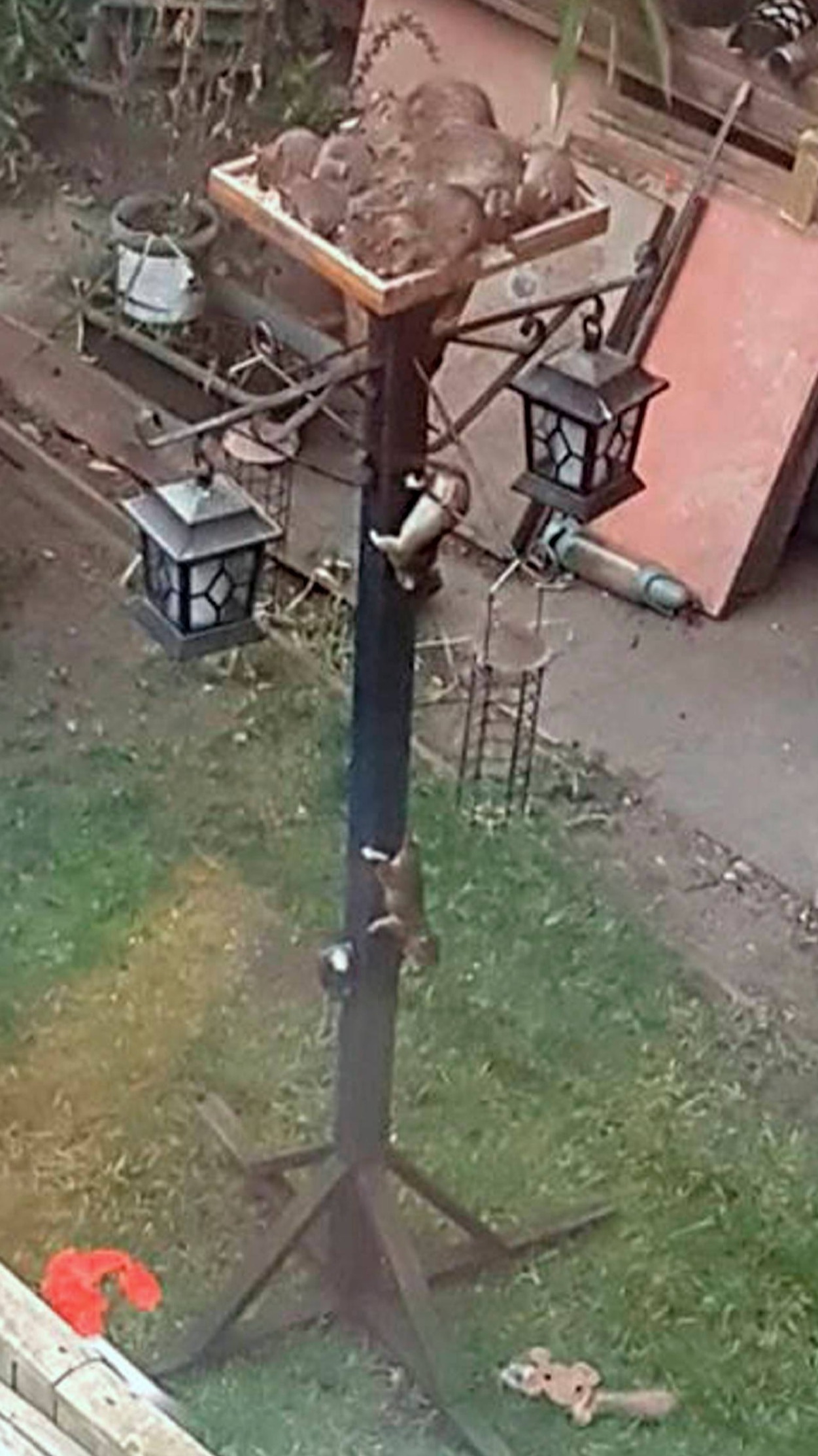 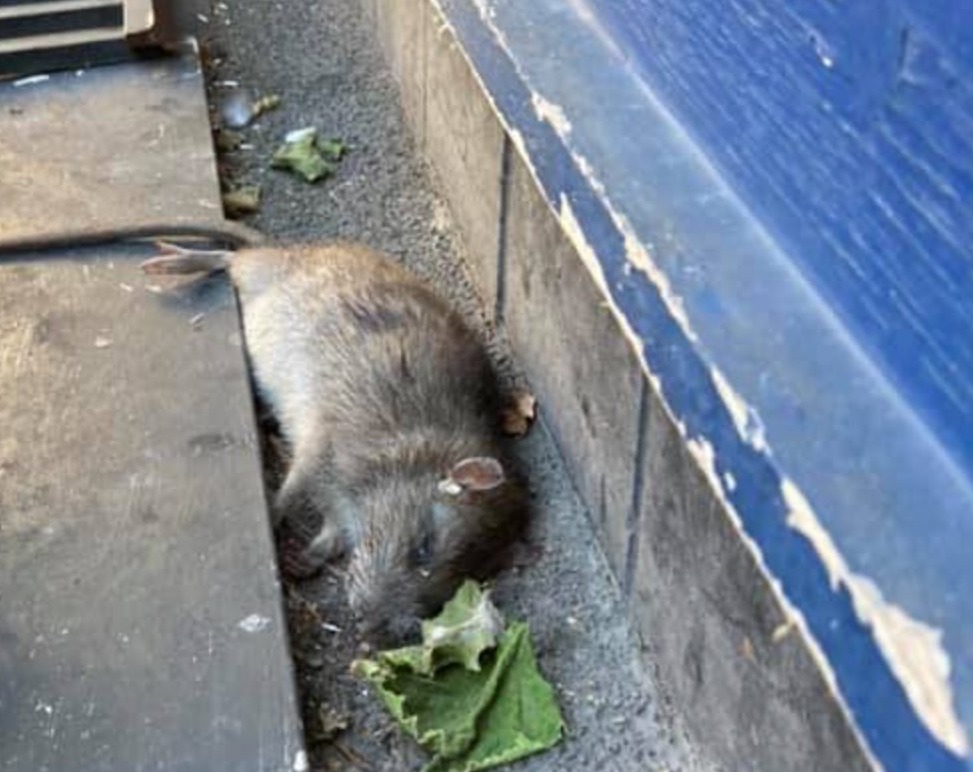 He said: "Pest controllers have been busy domestically during the lockdown because been a decline in commercial work.

"Restaurants are closed, but rats haven't gone away. They follow people."

He shared a photo of colleague David Harries holding a huge dead rat by its tail – and said the creature wasn't unusually big.

"Pictures of giant rats can be exaggerated by how close it is to the camera, but that isn't at all – you can see by his hand," he said.

Meanwhile, experts have warned the UK faces an explosion of 150million giant rats in the coming months as back garden barbecues fuel a rodent boom.

A female rat is able to have up to six broods a year. Each brood can have as many as 12 baby rats, or 'ratlings'.

Last summer, one photo shared on Facebook appeared to show an 18-inch rat inside a home.

People living in a quiet street in Sunderland spotted rats "the size of small ponies" racing across clothing lines and scurrying out from underneath sofas.

One horrifying photo showed at least 10 rammed onto a bird feeder while others dash up the post to feed.

And Mancunians living in Dukinfield complained their homes were overrun by the creatures.

One said the pests are so big they "almost ate her chihuahua".