Squirrel nutjob! Moment mother and daughter scream in terror as trapped rodent bounces off bedroom walls towards them

This is the moment a squirrel sent two screaming women fleeing after it jumped out of its hiding place behind a bed.

Carlie Jones, 21, filmed her mother using an attic door pole to scoop behind the bed’s headboard for the rodent at their home in south Wales.

The animal suddenly jumped all the way to the ceiling and then bounced up across her room as Ms Jones screamed and then laughed as she tried to get away from it. 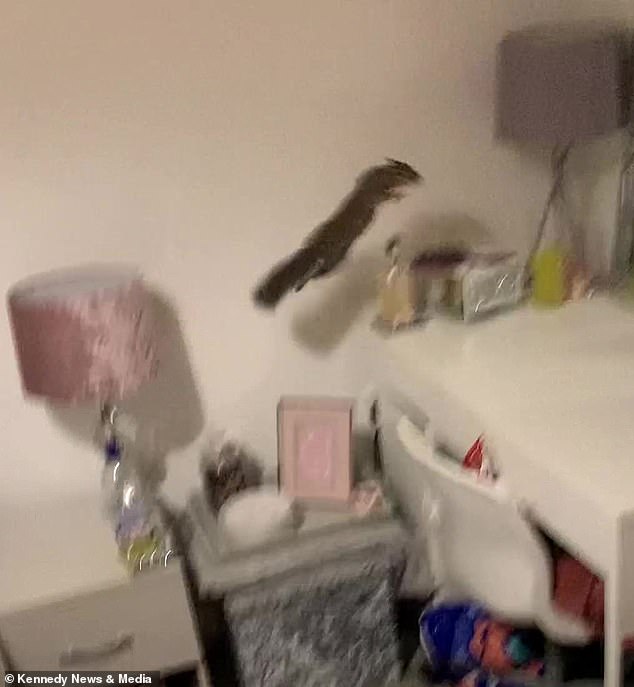 The 21-year-old had been watching TV in bed ay home in south Wales when the unwanted trespasser jumped in through an open window and landed on the bed.

After Carlie leapt from under the covers screaming, the rowdy rodent began running around her room before hiding behind the bedhead.

Unable to get it out after 10 minutes, Ms Jones enlisted the help of her mum Helen Jones, 51, who grabbed the attic door pole to tease it out. 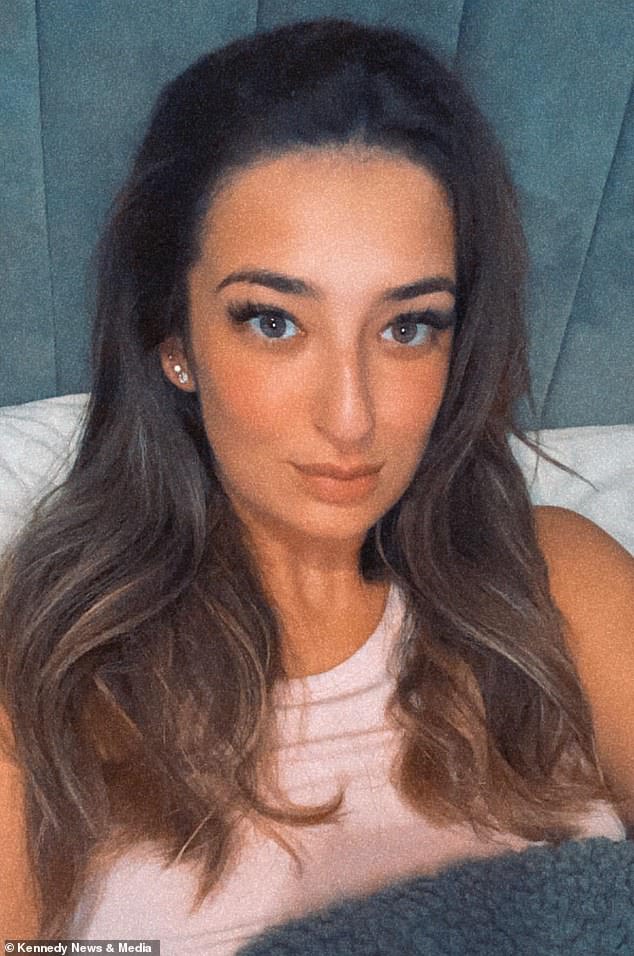 Carlie said: ‘I was watching TV in my bedroom when it jumped through the window and landed on my bed.

‘I screamed when the squirrel came in as it barely missed landing on me and was jumping around. I ran and was shouting for my mum to help me.

‘I had to take the mattress off my bed as the squirrel was under it at one point and all my bedding was taken off.

‘Mum was using a metal attic door pole to try and get it from behind my headboard and out of my room. It had been in there for 10 minutes before I started filming.

‘The squirrel eventually jumped and ran out of the window it came through originally and ran through my garden and over the fence.

‘It took another 10 minutes to get it out of the house.

‘It was scary at the time but I can laugh about it now.’ 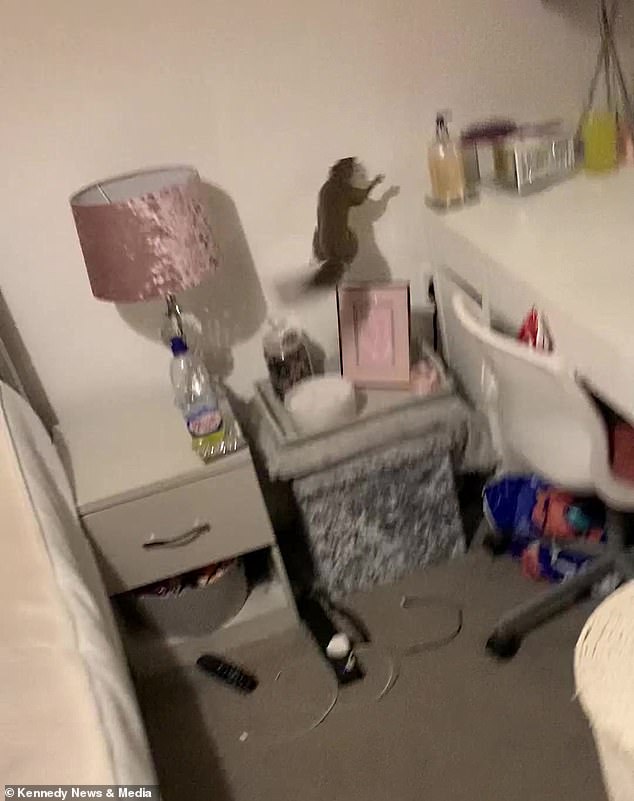 Carlie Jones said: ‘It took another 10 minutes to get it out of the house. ‘It was scary at the time but I can laugh about it now.’

Ms Jones posted a TikTok video of the dramatic encounter which happened on August 24.

It has been viewed more than 7.1 million times since being uploaded.

One commenter said: ‘I would not be able to sleep in there for a good month after seeing that.’

Another wrote: ‘Omg I did not expect that. Screamed as if it was going to jump out of my phone.’

‘I would have died right there,’ another added.

One person wrote: ‘He’s jumping around because he probably was more terrified than you were.

‘I would have opened the window, shut the bedroom door and bolted.’

Another added: ‘That poor little thing must have been so scared.’