Mother of urban planner, 49, berated for not raising her fist in support of Black Lives Matter outside a cafe in the US says she refused to be ‘intimidated’

The mother of a woman berated by a screaming mob for not raising her fist in support of the Black Lives Matter movement says her daughter refused to be ‘intimidated’ by the incident.

Shocking footage of Lauren Victor surrounded by yelling protesters as she sat outside a cafe near her home in Washington DC went around the world last week, with many hailing her as a hero for not bowing to the baying crowd.

Her mother Merna Victor, 77, told The Mail on Sunday that her daughter would never cave into pressure from a mob – even though she supports Black Lives Matter.

‘She is a supporter and has marched in support of Black Lives Matter on several occasions but she wasn’t going to be intimidated by them,’ she said. 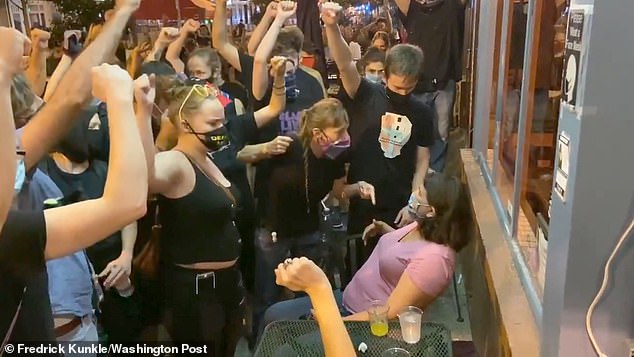 Lauren Victor was shouted at by white protesters outside a restaurant in DC on Monday last week. Her mother Merna Victor, 77, told The Mail on Sunday that her daughter would never cave into pressure from a mob – even though she supports Black Lives Matter 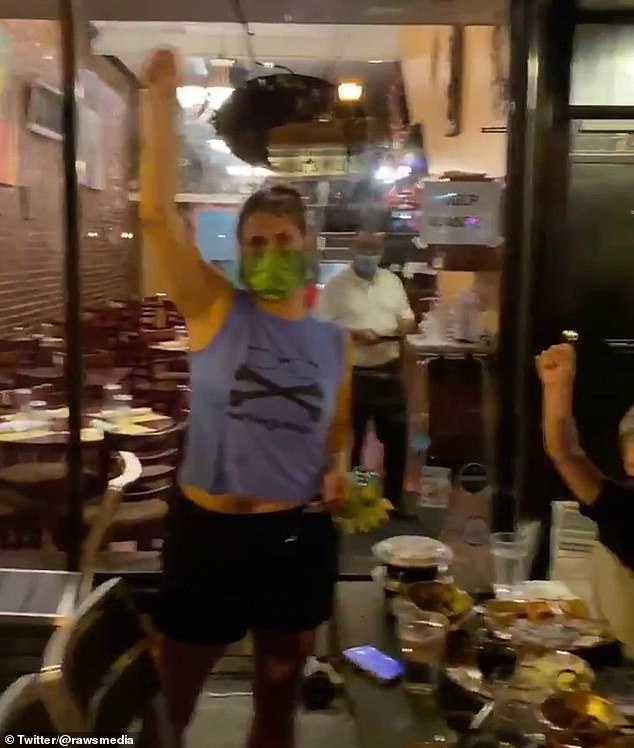 The protesters threatened and filmed white diners at DC restaurants last week. A video went viral after Lauren refused to raise her fist

‘She was sitting with a friend outside a cafe just around the corner from her home, drinking her tea, when this large crowd appeared with their fists in the air.

‘They had been going from cafe to cafe trying to get people to join them and calling for everyone to raise a clenched fist.’

Urban planner Lauren, 49, refused to raise her fist despite her dining companion and those sat nearby doing so. ‘At first it wasn’t clear what they were protesting and they weren’t chanting any Black Lives Matter slogans, so she didn’t know what the protest was about,’ her mother explained.

‘They crowded around Lauren’s table at the cafe urging her to raise her first. They were a very emotional group.

‘When she heard it was Black Lives Matter she explained that she totally supported them and had marched in several protests. 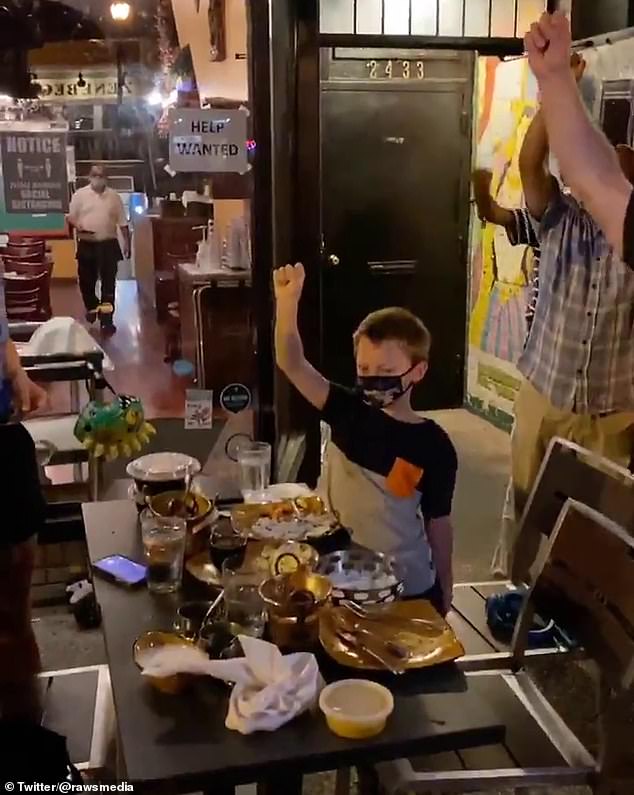 ‘Lauren’s friend raised her fist but Lauren didn’t want to be intimidated into raising her hand. She said, ‘I’m on your side but I won’t be pressured.’ ‘

One protester screamed: ‘Are you a Christian?’ But Mrs Victor last night said: ‘What did that have to do with anything? Lauren says she wasn’t afraid at any point that they would harm her. It was only a couple in the crowd who were aggressively confronting her.

‘The easy thing for her to do would be to raise her fist and it would be over. But she was a little taken aback by their anger and vehemence and would not be intimidated. It’s one of those things that shouldn’t have happened. She wishes the whole group had just passed her by.’

Lauren declined to comment at her home in Washington DC, but moments after the incident she told a local reporter she felt ‘under attack’, adding: ‘It just felt overwhelming to have all of those people come at you. 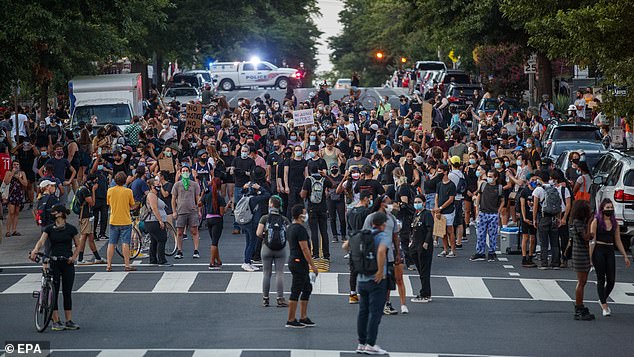 ‘To have a crowd – with all that energy – demand that you do this thing. On one level my best guess was no one was going to hurt me but those things turn on a dime.’ The crowd were protesting the shooting of Jacob Blake, a black father who was shot seven times in the back in front of his three children in Kenosha, Wisconsin.

Last night, it emerged a 17-year-old vigilante who allegedly shot dead two men in the city during the subsequent riots may have been ‘goaded’ by one of his victims.

It is not known if Rittenhouse was among the men.