NASA has released a time-lapse video of construction work on an experimental new supersonic jet dubbed "son of Concorde".

The 40-second clip shows manufacturing of the X-59 Quiet SuperSonic Technology, or QueSST, aircraft from May 2019 to June 2021. 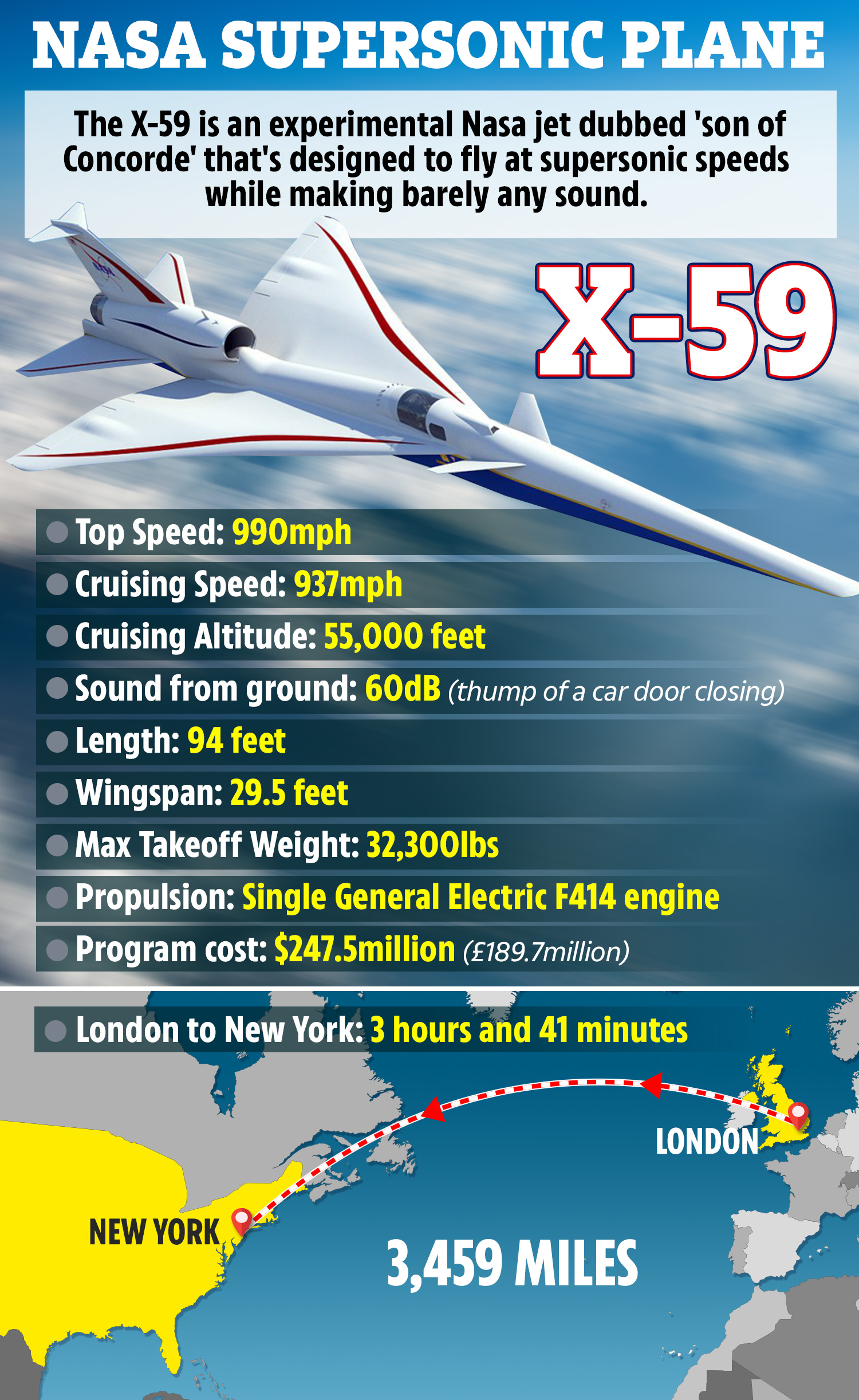 Aerospace giant Lockheed Martin is carrying out the work at a facility in Palmdale, California. Nasa says it's on track to start flight tests in 2022.

Its party trick is that its sonic boom is expected to sound no louder than the thump of a car door closing at ground level.

That means the jet can fly without producing a startling boom for people below, a problem suffered by Concorde, which was retired in 2003.

Before any flights can take place, Lockheed engineers and technicians are working to merge the major aircraft sections together.

The time-lapse released on Tuesday shows the nascent vehicle looking like an actual aircraft for the first time since construction began 2018.

"We’ve now transitioned from being a bunch of separate parts sitting around on different parts of the production floor to an airplane," said Nasa engineer Jay Brandon.

The aircraft is being put together using features on the structure that allow engineers to precisely line-up its components.

Those include the aircraft’s wing, tail assembly, and fuselage or forward section – all three of which are connected in the video.

Laser projections are then used to ensure each part has been precisely fitted.

It all fits together a bit like Lego bricks, according to Lockheed Martin's David Richardson.

"The extensive use of features and pre-drilled, full-size fastener holes has significantly reduced the time it takes to locate and fit parts, especially mating large assemblies like this," he said.

"It is sort of like how Legos go together. We used the laser tracker to make sure it is all aligned per the engineering specs before we permanently bolted it all together."

Quiet as a mouse

The craft will be propelled by a single General Electric F414 engine, and will sport a 4K camera at the front for added visibility.

The goal is to create a plane that can cruise at Mach 1.42 speeds, with a sonic boom one-thousand times quieter than previous supersonic aircraft.

The barrier for supersonic flight is 768mph – a speed known as Mach 1.

When flying at the speed, sound waves can't get out of the way fast enough, and so create an audio "wake".

This is known as a sonic boom, and is a loud and annoying giveaway that a supersonic plane is flying overhead.

A Concorde's "perceived" sound was 110dB – which is thousands of times louder than the X-59's planned noise level.

Air experts hope the shape of the X-59 will max its sonic boom out at between 60dB and 75dB for people on the ground.

If successful, Nasa's design could be rolled out for commercial flights – or possibly even the US military. 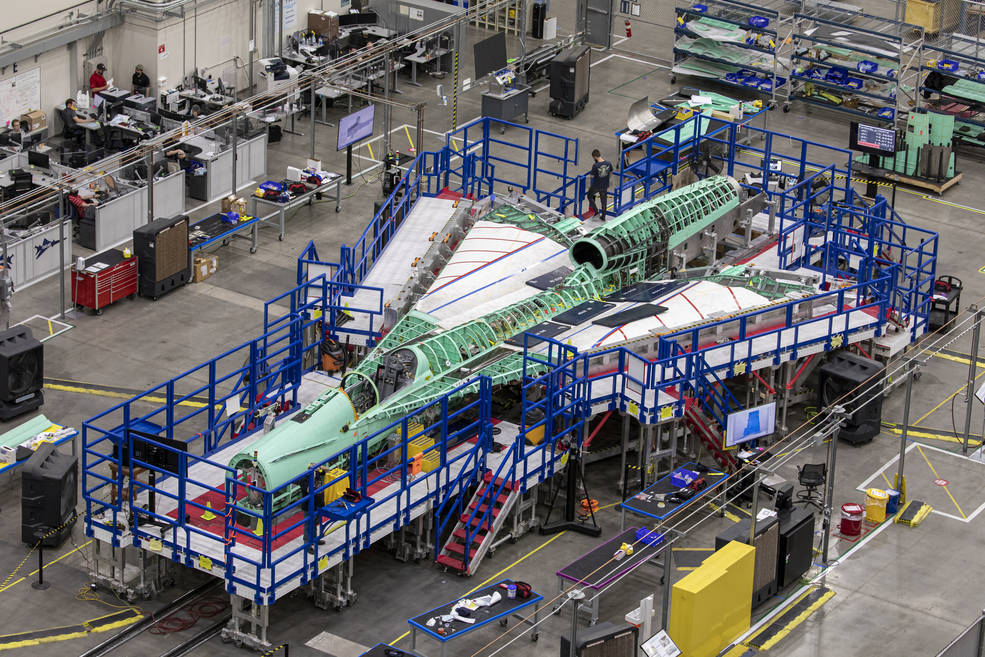 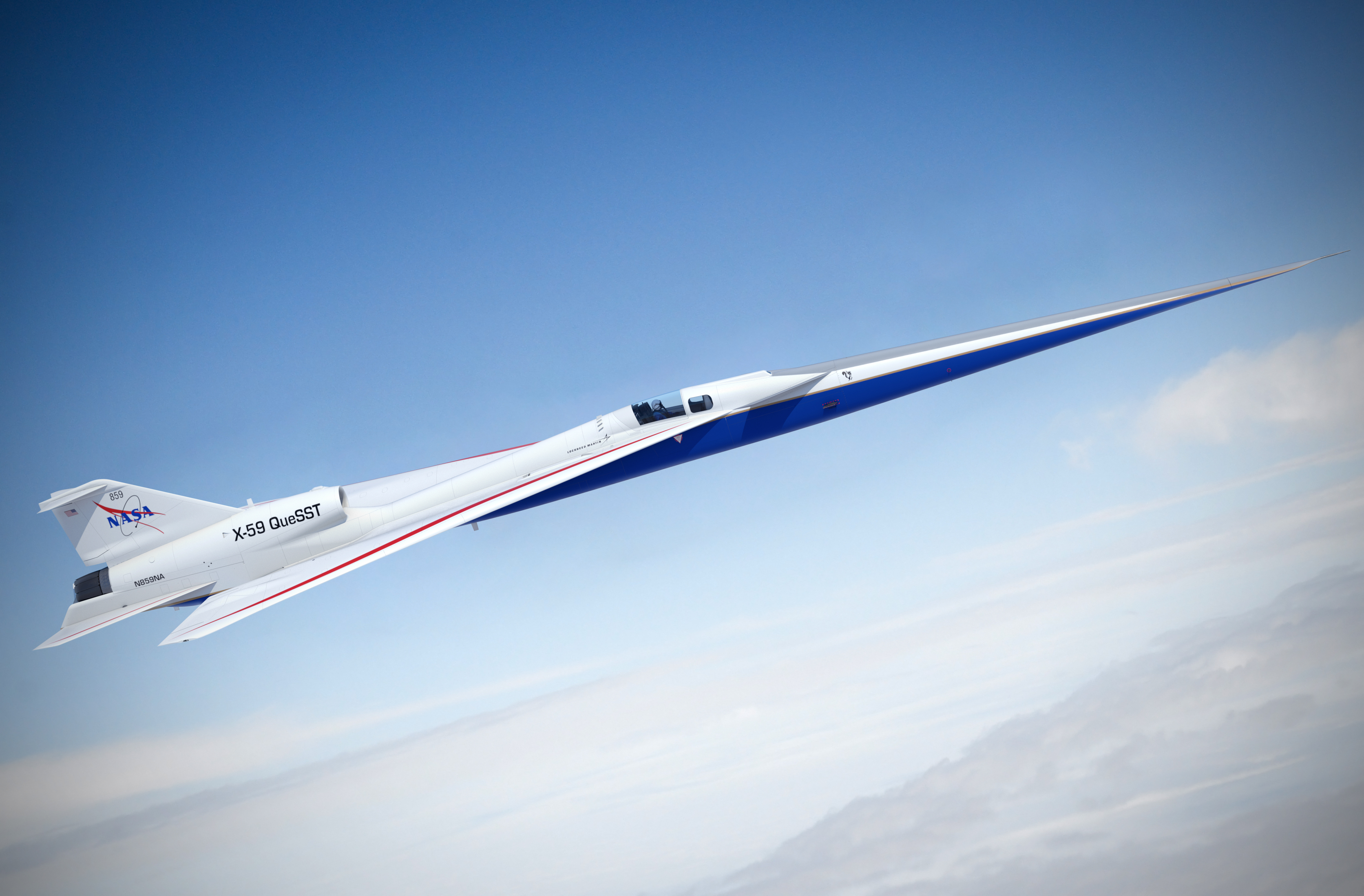 Want to know more about the weird and wonderful world of science? From space and astronomy to the human body, we have you covered…

In other news, Nasa scientists revealed last month that they think evidence of ancient life on Mars may have been "erased".

Jeff Bezos says his recent Blue Origin mission to space was a ‘tiny step in building a road to space’.

And, aliens may have dropped life-detecting sensors onto Earth, according to a Harvard University professor.

We pay for your stories! Do you have a story for The Sun Online Tech & Science team? Email us at [email protected]