FISHMONGERS next door to each other are in a cod war after one accused the other of copying his brand.

Fish Universe boss Rafa Kashedi, 34, has been serving customers since 2014.

He was shellshocked when his neighbour, former butchers Meat Wize, was renamed Fish World and opened six weeks ago.

Fish Universe has now switched to red overalls — and is selling produce at a 30 per cent discount.

Mr Kashedi said: “They have just blatantly copied us. It is disgusting. How can they do this?

“I feel like we’ve been stabbed in the back. He should have spoken to me before he did this. I could have helped him but instead, I just turned up one day and it was like this.”

Both stores source from London’s Billingsgate Market but Mr Kashedi fumed: “They are trying to steal our customers. They don’t allow Tesco and Sainsbury’s to open next door.

“When they were a meat shop we’d send each other customers, but now it’s no longer funny.

"It is affecting our business, some of our customers are confused, and think we are the same place."

He told The Sun: “After the pandemic, a lot of my customers started asking why we don’t sell fish. I told them about next door but I thought there could be a gap in the market.

“There are already eight to ten meat shops in this street so I thought it would be a good idea to change what we sell.

“I have five children and a wife to feed. I need to make money. I have spent a lot on signs, freezers and the display.

"I’m not copying them. You look at every fish shop and they are almost always blue because of the sea. I don’t think I’ve done anything wrong.

“It is healthy competition. It will help us both get more customers.”

Mr Kashedi said he does not have any interest in complaining to the council, and just wants to let the customers do the talking.

He has put a sign in his window to clear up confusion and distance himself from Fish World, saying: “Fish Universe does not promote, endorse or support this shop.”

Customer Jan White, 66, from Buckinghamshire, pops to Fish Universe while visiting daughter Sasha. Jan said: “I can’t believe it, it wasn’t here the last time I ­visited, and I feel sorry for them.”

Sasha added: “It’s a joke, absolutely ridiculous. They have worked so hard to get where they are, and for someone to just come along next door and try and take over it’s ­outrageous.”

Lucy Chamberlin, 46, was surprised when Meat Wize changed to Fish World, after shopping at the previous store.

“She said: “I didn’t expect them to change, but I have heard other customers telling them they should sell fish too.

“Next door is too expensive, and it all comes from the same place. I think it is healthy for business.”

The Sun did manage to get the owners to talk for the first time.

They shook hands but would not pose for a photo together and said they would not compromise. 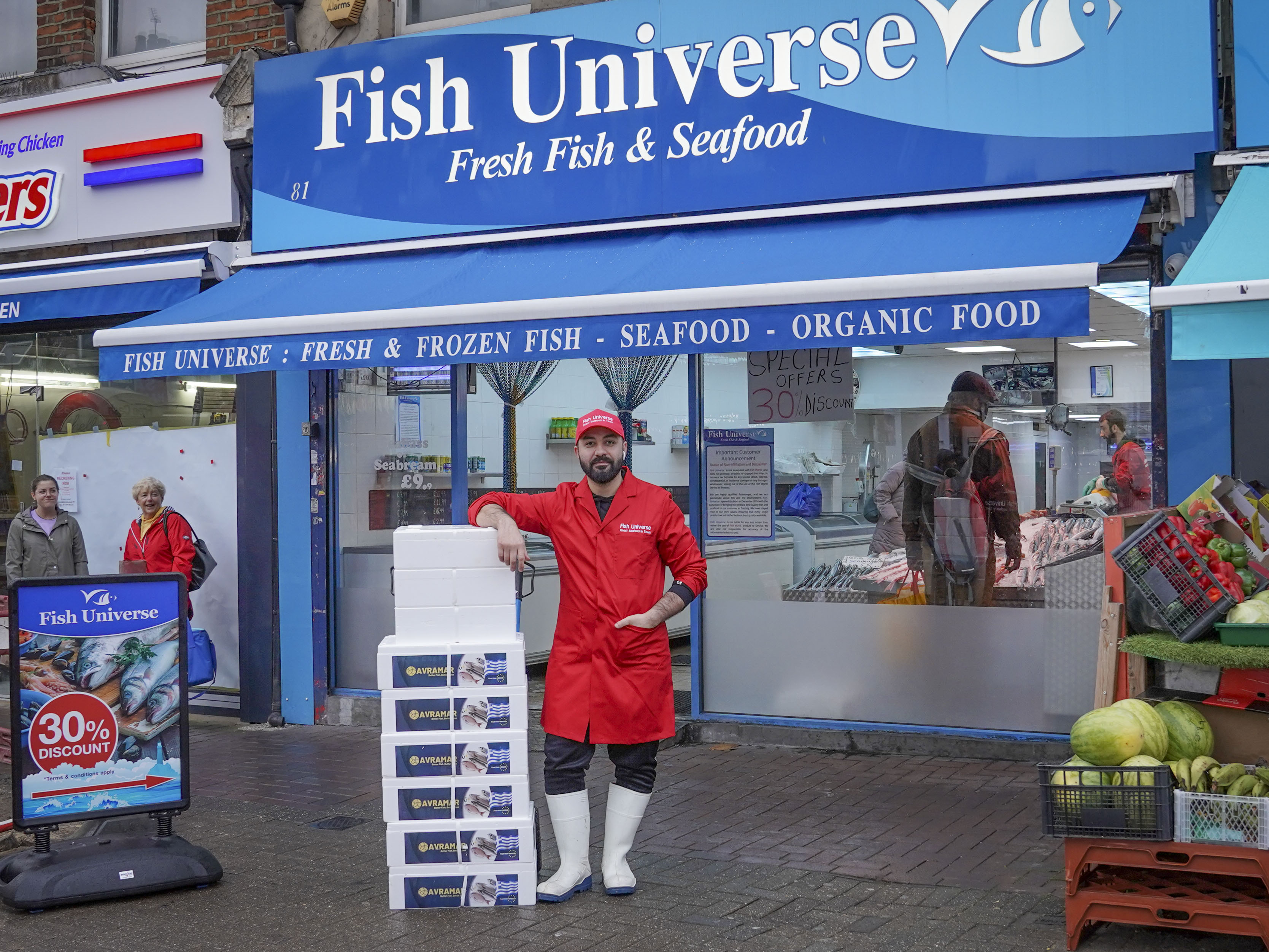 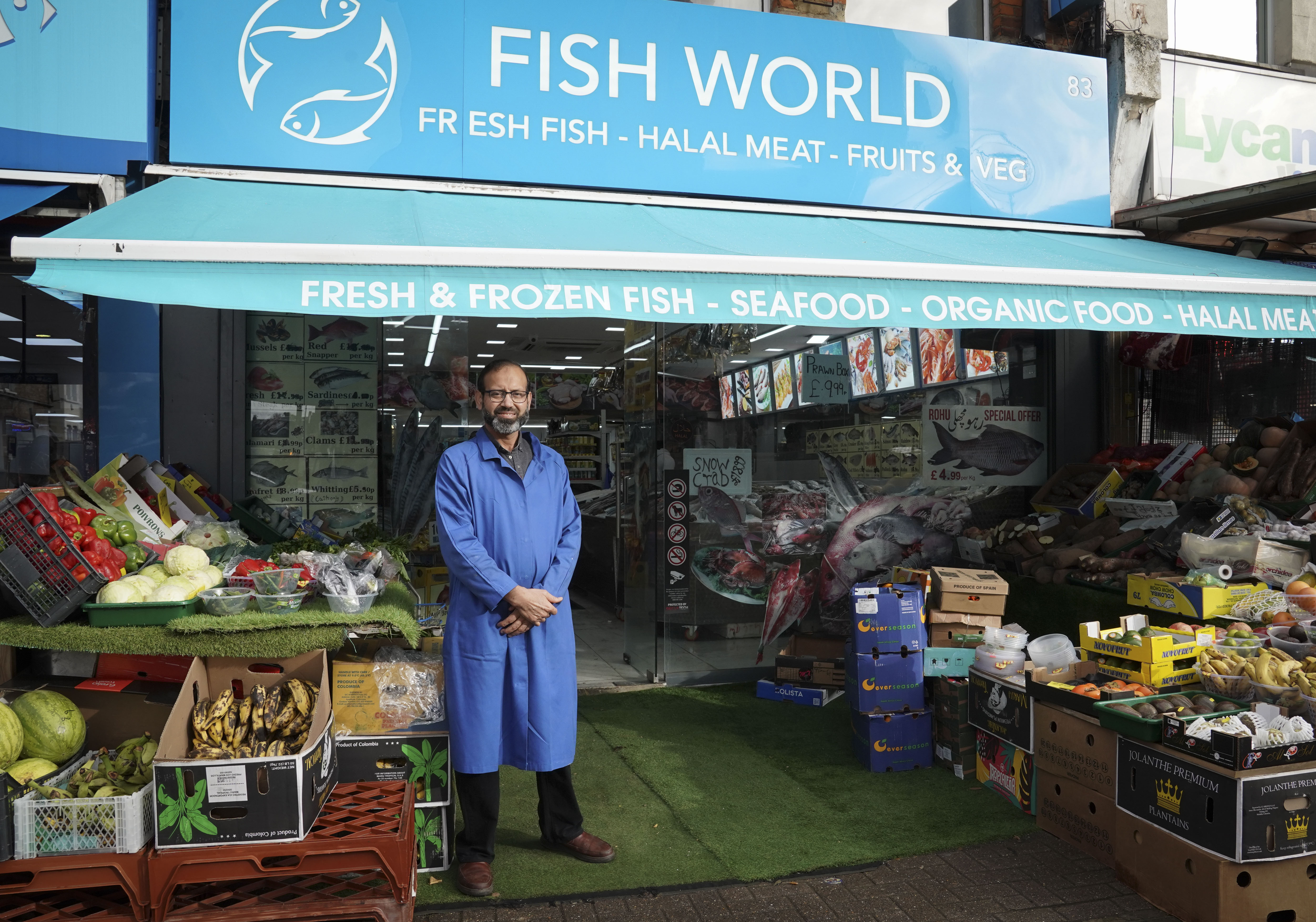 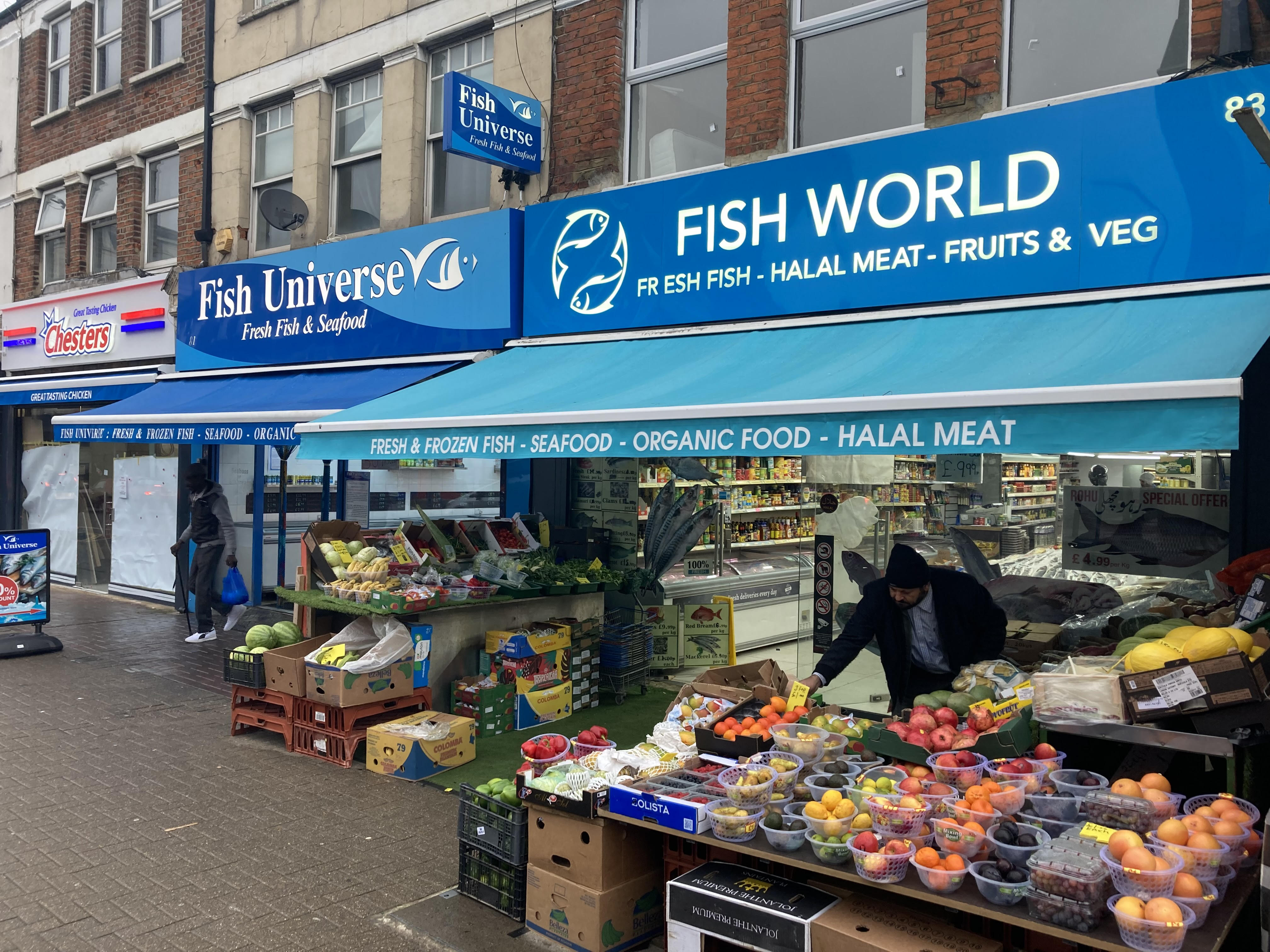