Nick Clegg today admitted the EU has ‘let millions of people down’ with its dire coronavirus vaccine rollout.

The former deputy PM, usually a staunch supporter of the bloc, said ‘something has gone very badly wrong’ in the pandemic response.

He said it was ‘understandable’ that commission president Ursula von der Leyen is facing ‘a lot of anger’, with the rate of vaccination lagging far behind the UK and US.

The damning assessment came as Sir Nick – who now works for Facebook and lives in America – was interviewed on LBC radio.

The contrasting fortunes in the UK and EU have been underlined this week as non-essential shops and pubs reopened in England, while protests have been taking place on the continent over renewed lockdowns.

Britons aged under-50s are now being routinely offered jabs, with ministers insisting they can cover the whole adult population by the summer. 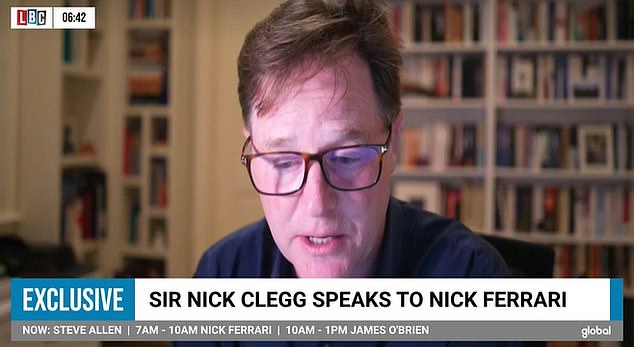 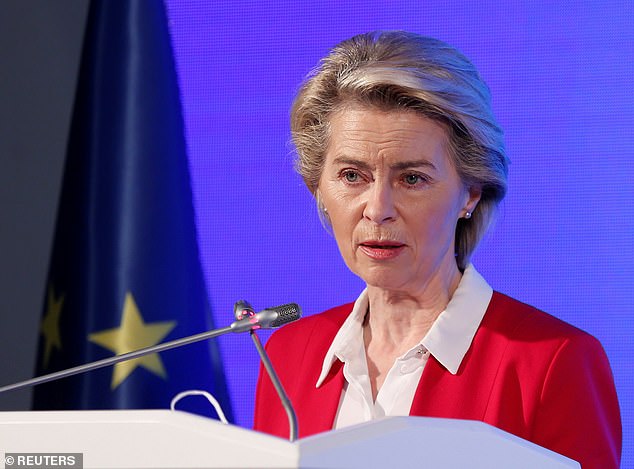 Sir Nick said it was ‘understandable’ commission president Ursula von der Leyen (pictured) is facing ‘a lot of anger’, with the rate of vaccination lagging far behind the UK and US 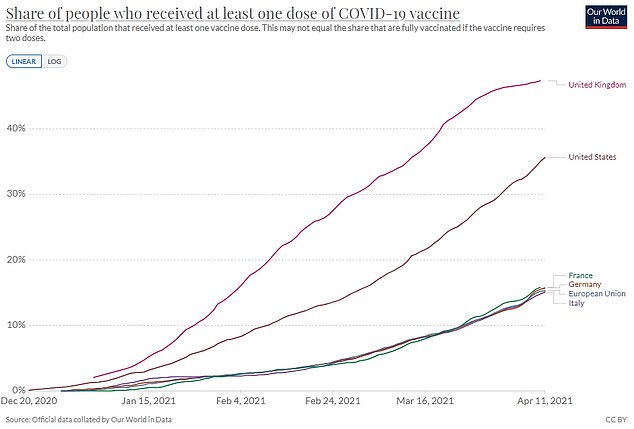 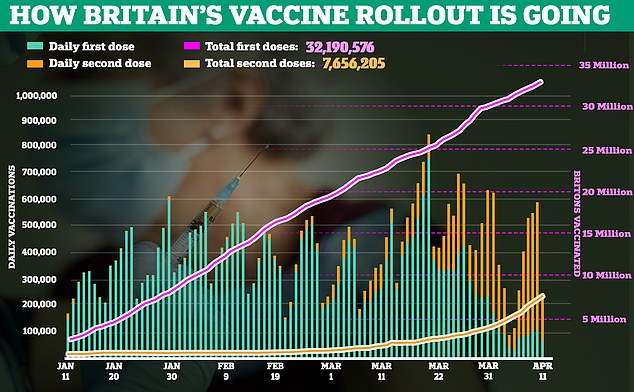 Sir Nick said: ‘I think the EU has let itself down, more importantly has let millions of Europeans down by not providing people with vaccines on the scale and with the speed that has been possible in the UK and elsewhere, and that’s elicited, quite understandably, a lot of anger.

‘Never mind what people say to opinion pollsters in the UK, across the EU people are waiting for their vaccines impatiently.’

Sir Nick said EU citizens could see that that in the US, UK and other countries such as Israel ‘vaccines are being rolled out much more rapidly’.

He insisted: ‘I hope they catch up… Covid anywhere is Covid everywhere…

‘Clearly something has gone very badly wrong indeed in recent months in the EU.’

Sir Nick Clegg suggested the problem was partly that EU governments had not placed ‘very big bets’ on vaccines before they were proved effective.

But he also said there were serious issues between the European Commission in Brussels and member states.

‘Clearly something got lost in translation,’ Sir Nick said. 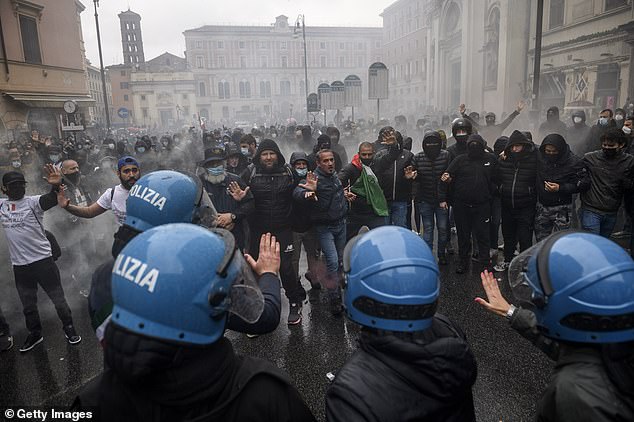 Demonstrators face the Italian Police during a demonstration organized by the ‘Io Apro’ association with restaurant owners, entrepreneurs and small business owners to protest against the Covid-19 restrictions