London: Treasurer Josh Frydenberg has lashed out at Labour Opposition Leader Jeremy Corbyn, who has been dogged by accusations of anti-Semitism. 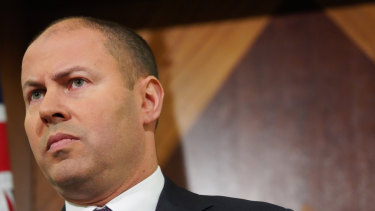 Taking questions after a speech in London, Frydenberg said he didn't want to jump into UK domestic political debates, but when asked about Corbyn, he said: "It's only fair to say that a number of his decisions have been very much at odds with what I would consider good policy.

"Put it this way, I'm not lining up with Hezbollah and Hamas," said the Treasurer, who is Jewish.

Frydenberg's comments come as the UK leadership of Britain's ruling Conservative Party has grown uncertain with Prime Minister Theresa May announcing her plan to resign, sparking a contest among her potential replacements.

British politics have been embroiled in the Brexit drama since the 2016 referendum, causing a series of leadership challenges.

Frydenberg, in the speech at the UK Policy Exchange  think-tank in London acknowledged that the US-China trade war has put Australia is in a difficult position because China is its biggest trading partner.

The United States has legitimate concerns about China's trade practices and the economic powerhouses must resolve their differences to avert a global crisis, he said on Wednesday night.

"There are some legitimate issues that have been raised by the United States," Frydenberg said.

"We would encourage cool heads to prevail and for parties to negotiate through those challenges because for Australia, like Britain and many other nations, the tensions between China and the US have weighed on the global economic outlook and affected investment decisions, creating a degree of uncertainty. 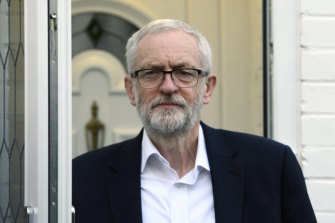 "For us, if we can have that uncertainty removed, it's not only better for Australia but also better for the world."

The treasurer did not express similar urgency about resolving the drawn-out Brexit crisis or give his opinion about whether a deal or no deal would be better, saying it was a matter for the British people.

However, he believes the separation of the UK from the European Union will present Australia with trade opportunities on both sides of the English Channel.

"Once the whole process is completed we have made no secret of the fact that we would like to do a Free Trade Agreement with the United Kingdom and we are also progressing one with the EU," he said.

"From Australia's perspective we feel we have a lot to offer you and the broader EU nations in terms of a Free Trade Agreement."