Hundreds of additional law enforcement officers have flooded the New York City subway system to protect straphangers amid a surge in violent crimes in transit – as Gov. Andrew Cuomo says it’s up to Big Apple officials to “figure it out.”

“We are able to achieve this through overtime, deployment of officers normally assigned to administrative duties and re-assignment of other non-transit officers,” she said during a Tuesday morning press conference, according to the New York Post.

Police officials said earlier this week they would move 500 additional officers into the subway system. But transit heads argued it wasn’t enough and asked for 1,000 more.

On Sunday, the NYPD arrested 21-year-old Rigoberto Lopez and charged him with three counts of murder and two counts of attempted murder for his alleged slashing spree along the A-train subway line late Friday into Saturday.

Lopez – dubbed the “A-Train Ripper” by the New York Post – is accused of fatally stabbing a man and a woman and wounding two other straphangers over the course of only hours.

According to police, a man’s lifeless body was discovered in a subway car late Friday in Queens, with fatal knife wounds in his torso and neck. Approximately two hours later, 44-year-old Claudine Roberts was also found mortally stabbed in a train car in Manhattan.

Lopez allegedly carried out two other non-fatal attacks on adult men in Manhattan subway stations, and police believe all of the victims were homeless.

Investigators later recovered the suspected murder weapon, and Lopez confessed to the crimes, a criminal complaint states. On Monday, a judge ordered he be held without bail.

“To the victims, to the victims’ families, we are 100% committed to getting justice … to bring closure to the families of this terrible incident,” NYPD Commissioner Dermot Shea said during a previous press conference.

During a Tuesday appearance on Spectrum NY1, prior to O’Reilly’s announcement, Shea said the NYPD had recorded 62 felony assaults in transit so far this year.

He said the department would also ask for help from its partners as it combats the issues.

On Monday, when Gov. Cuomo was asked his thoughts on the MTA’s push for another 1,000 officers to be deployed into the transit system amid calls for more mental health professionals, the Democratic governor said he believed people need “more public safety in the subway system.” 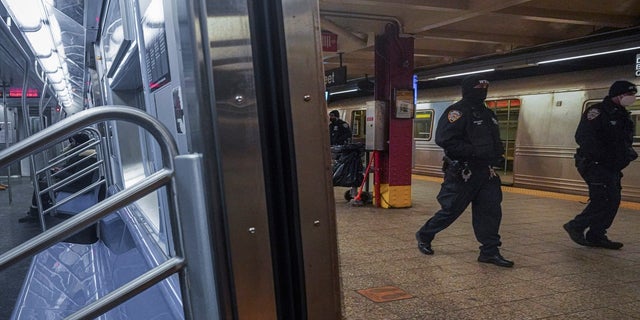 He referenced the upstate New York city of Rochester, where recent video shows a 9-year-old girl was pepper-sprayed by police. He also mentioned Buffalo – also upstate – where police “knocked a protester to the ground,” he said, likely referring the June 2020 incident in which police were accused of shoving an elderly man to the pavement during a demonstration.

An NYPD spokesperson did not respond to Fox News’ requests seeking comment.

Fox News’ Danielle Wallace and The Associated Press contributed to this report.