Nearly a thousand police officers and staff have been probed for posting offensive social media content.

Hundreds were accused of posting disturbing material on sites such as Facebook and Twitter – yet only a tiny fraction have left their jobs.

The figures came after it emerged that PC Wayne Couzens had exchanged degrading material with colleagues on WhatsApp before he kidnapped, raped and murdered Sarah Everard.

A Mail investigation found a worrying number of officers and staff have been investigated over misogynistic, sexist, racist and homophobic communications.

Others are alleged to have sent explicit photos to colleagues or even sexual content to underage and vulnerable victims. 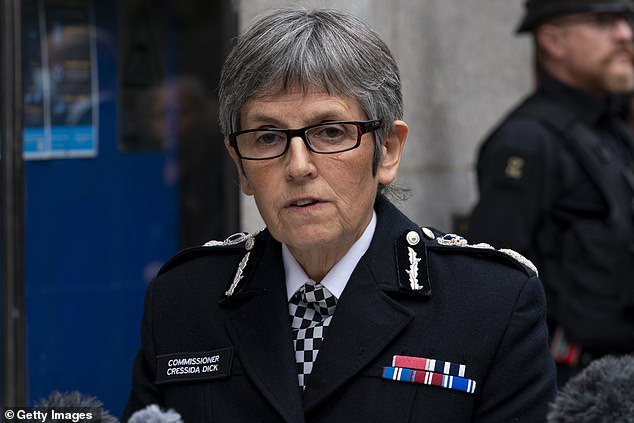 Hundreds of police officers were accused of posting disturbing material on sites such as Facebook and Twitter – yet only a tiny fraction have left their jobs. Pictured: Under-pressure Met Police Chief Dame Cressida Dick

Yet despite the gravity of the offences, the majority – including several senior staff – escaped with only disciplinary action.

The serving police officers, including three from the Metropolitan Police, who shared messages with Couzens are now under criminal investigation.

At least 999 police officers and staff have been reported by either members of the public or colleagues for misusing social media since 2015.

However, the total is likely to be far higher as only 32 out of the 44 police forces in England, Wales and Scotland responded to freedom of information requests.

Nazir Afzal, the former chief crown prosecutor for the North West, said the findings were ‘staggering’, adding: ‘This is misbehaviour on an industrial scale. 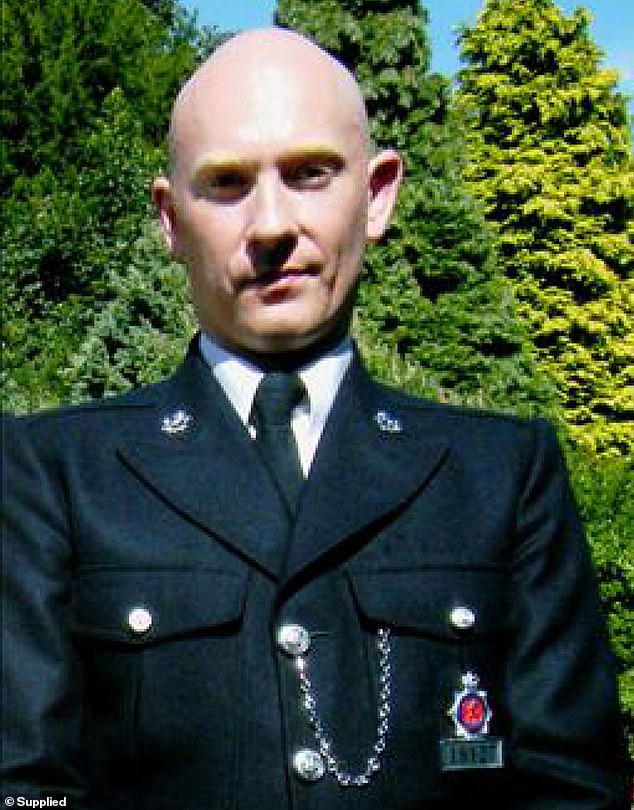 The figures came after it emerged that PC Wayne Couzens had exchanged degrading material with colleagues on WhatsApp before he kidnapped, raped and murdered Sarah Everard

‘It suggests a culture of misusing social media and WhatsApp in order to disseminate material that is offensive, gratuitous and damaging to public confidence.

‘If you’re talking about 1 per cent of our country’s police having been investigated, you just have to wonder how many have not been caught out yet.’

In July, it emerged that eight Met officers were being investigated for allegedly mocking celebrity Katie Price’s son Harvey in a Whatsapp group.

She told the Mail: ‘The fact that some of those in the police force, the very people employed to protect us against trolls, are themselves guilty of social media abuse is deeply worrying.

‘They need to be setting a better example if we are trying to encourage the public to be more kind and to learn that what they say on these platforms can not only be damaging but sometimes against the law.’ 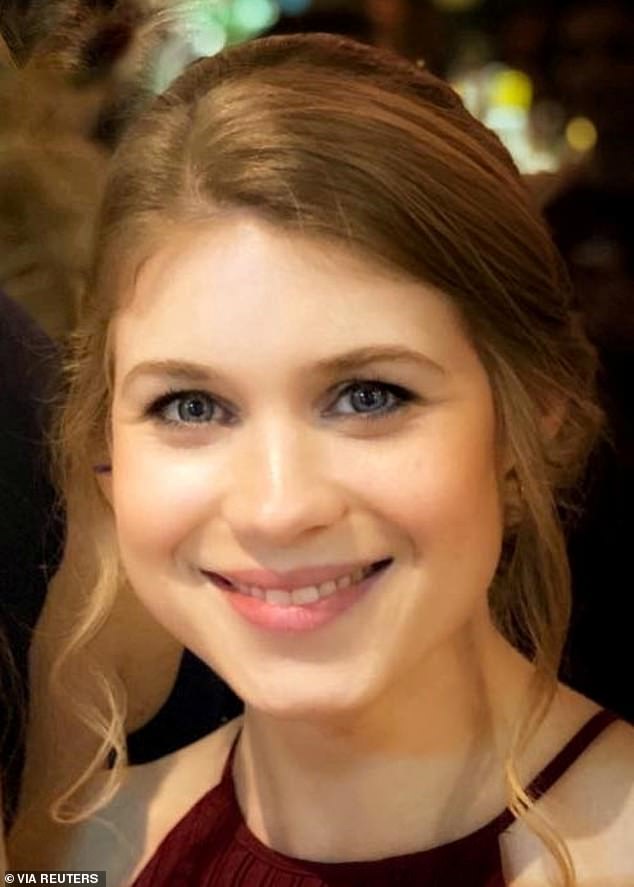 Sarah Everard’s killer Wayne Couzens was known to have indecently exposed himself in public twice shortly before kidnapping, raping and killing her in March this year

Nearly three quarters of the allegations were deemed serious enough to require some form of disciplinary action. Yet only 53 staff left the force as a result.

Among those who kept their jobs was a constable who took a photo of a dead victim and shared it on WhatsApp and another who set the neo-Nazi ‘SS’ symbol as a profile picture.

Another from West Yorkshire Police posted a sexually explicit video of themself on Twitter – but received just ‘management action’.

The Met recorded the highest number of allegations – 277 – despite providing data only for the past year. Although it did not give any detail about the allegations, several other constabularies did.

At Avon and Somerset, a superintendent and detective chief inspector were among those investigated for misusing social media.

The force recorded 126 allegations, including a ‘vulnerable female’ complaining that an officer had been trying to contact her ‘extensively’ through his force mobile phone and Instagram after meeting her at an incident.

At Cumbria Police, staff were investigated for sending sexual messages to underage girls and ‘unsolicited follow requests’ to a victim on Instagram.

A special constable in Surrey’s force resigned after posting ‘inappropriate and racist posts’ on their social media and a staff member was disciplined for ‘racially offensive’ Facebook posts.

A PC at the constabulary was dismissed without notice after being found to have initiated an ‘inappropriate relationship’ with a 16-year-old girl over Facebook.

Surrey Police said its staff rarely fell short of high standards and the majority of breaches involved personal accounts rather than official channels.

Avon and Somerset said it encouraged the ‘appropriate use’ of social media and warned staff that any breaches could result in disciplinary action.

He added: ‘We are aware of rare cases where inappropriate material has been posted or shared. It is concerning that a very small number of staff think this is acceptable.’

A serving Metropolitan Police officer has been charged with rape, the Crown Prosecution Service said tonight.

David Carrick, 46, from Stevenage, will appear at Hatfield Magistrates’ Court on Monday.

PC Carrick, who was off duty at the time of the alleged attack, is a member of the Met’s Parliamentary and Diplomatic Protection Command, which guards some of the UK’s most secure buildings including 10 Downing Street. 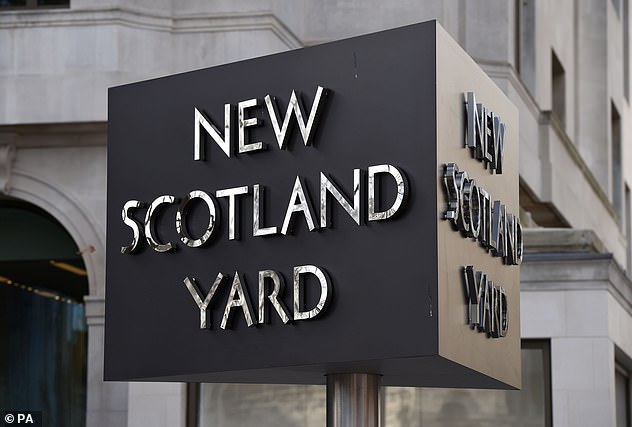 Officer David Carrick, 46, will appear at Hatfield Magistrates’ Court at 10am tomorrow

The CPS said: ‘The CPS has today authorised Hertfordshire Constabulary to charge serving Metropolitan Police officer David Carrick, 46, with one count of rape following an alleged attack on a woman on the night of 4 September 2020.

‘The defendant’s first court appearance will take place via video link at 10am tomorrow at Hatfield Magistrates’ Court.’

The Metropolitan Police said Pc Carrick was arrested on October 2 by Hertfordshire Constabulary. He was suspended the same day by the Met, the force added.

A referral has been made to the Independent Office for Police Conduct.

Commissioner Dame Cressida Dick said: ‘I am deeply concerned to hear the news today that an officer from the Met’s Parliamentary and Diplomatic Protection Command has been arrested and now charged with this serious offence. I fully recognise the public will be very concerned too.

‘Criminal proceedings must now take their course so I am unable to comment any further at this stage.’

Malcom McHaffie, the chief prosecutor for CPS Thames and Chiltern, added: ‘The CPS has today authorised Hertfordshire constabulary to charge serving Metropolitan police officer David Carrick, 46, with one count of rape following an alleged attack on a woman on the night of 4 September 2020.

‘The Crown Prosecution Service reminds all concerned that criminal proceedings against the defendant are active and that he has a right to a fair trial.

‘It is extremely important that there should be no reporting, commentary or sharing of information online which could in any way prejudice these proceedings.’